This is why it’s so important to have a two-way cat superhighway. 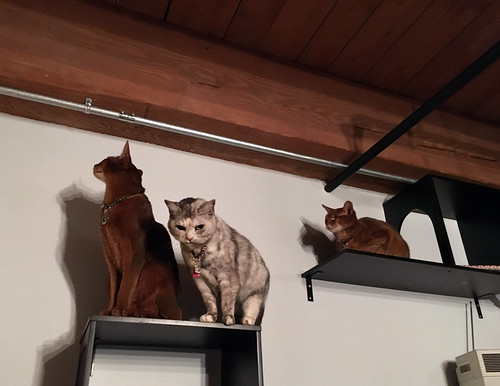 Angel is pretty much trapped up there in the top box while Jacoby (and Tessie) block her one way down. And don’t think it’s accidental. Jake just wants to be up there in that top spot…and Tessie is just “helping.” 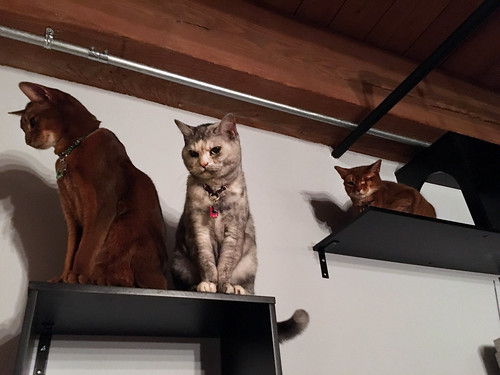 I had wanted to eventually create some kind of way down to the windowsill on the other side, but it never happened. However, Björn and I are already planning a walkway in his (our!) apartment what will be a two-way street. He also has a balcony that is going to be a cat paradise when I get finished with it. Now if I could only just move there!