I decided to make some more garlic-maple baked bacon…and of course I had help. 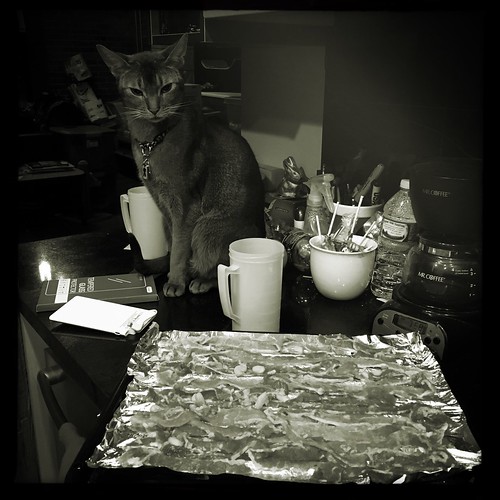 After trimming off all the fat I could, I marinated the bacon in the pureed garlic and maple syrup for two days. Then I spread it out on the baking pan. 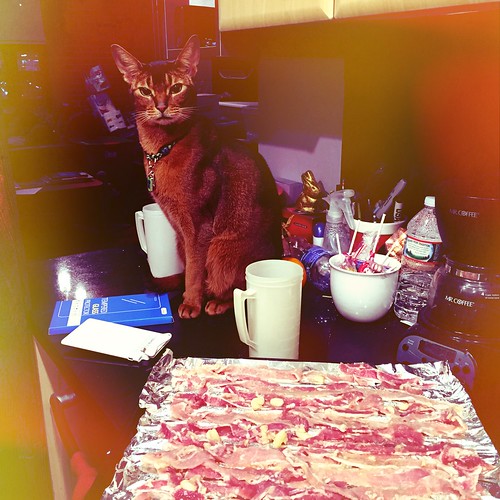 Jacoby really wanted to try some. 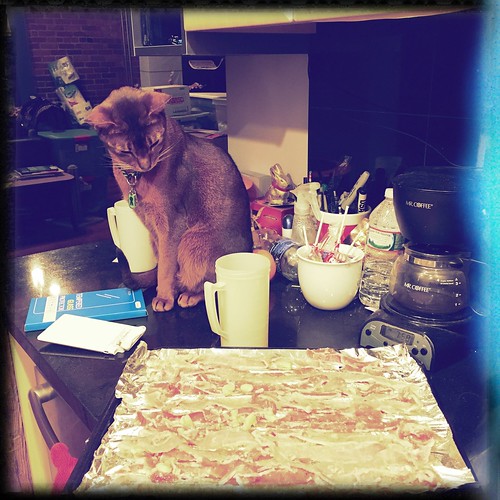 I will share raw meat with him (and Angel) if it’s beef or lamb, but there is no way he’s eating raw bacon. 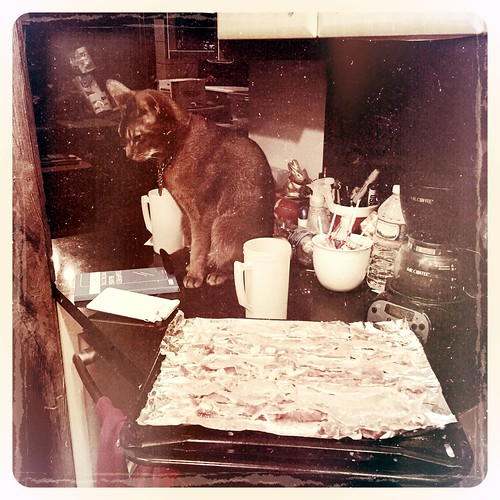 This is him sulking after I told him he couldn’t have any. 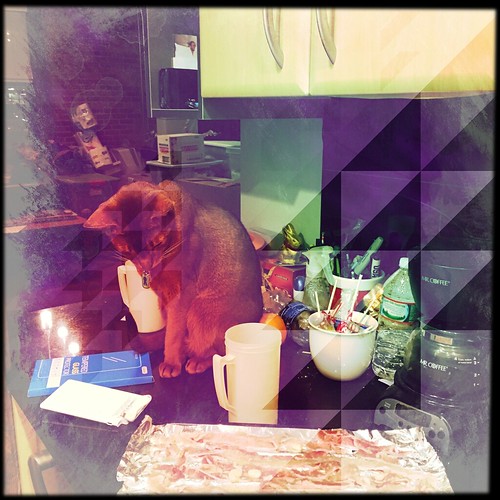 Undaunted, he made another attempt. 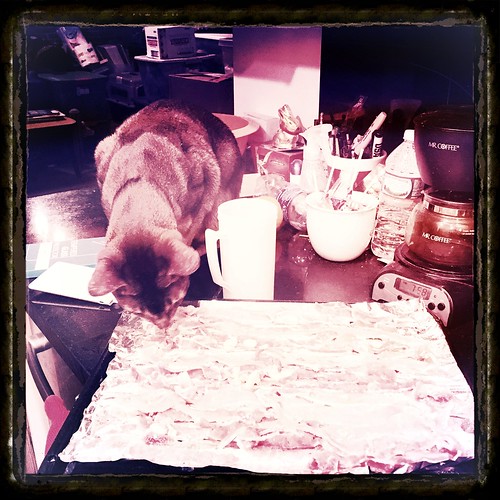 I would have thought that the garlic and maple syrup would act as a deterrent…but apparently Abys don’t mind it.