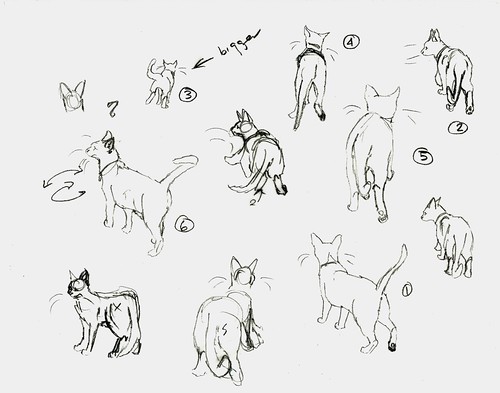 When I got the idea for this, it was actually a combination of Jacoby and Kylie who did this in real life. After we moved to a different floor in our building, the cats were confused and tried to return to our old apartment on the new floor. 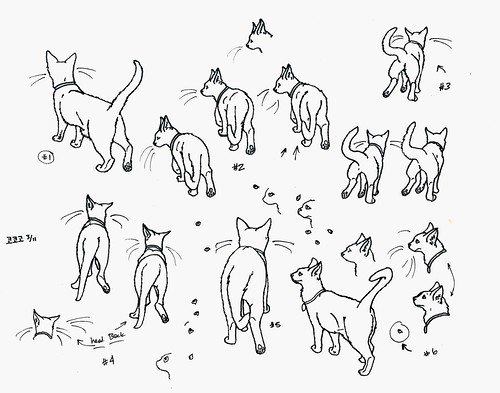 I drew it with Angel, though, because she runs very funny. It’s sort of a trot, but her legs fly out kind of sideways…it’s hard to describe, but it’s hilarious to watch. I found a bunch of photos and used them as a basis for my sketches. 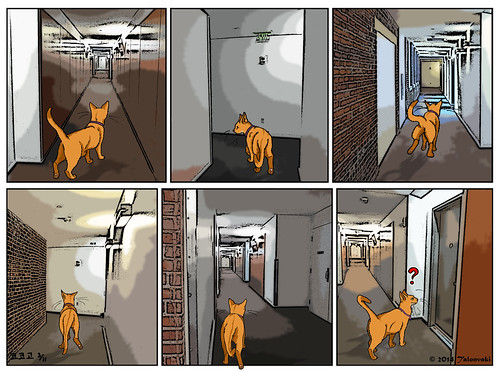 I’m too lazy to draw backgrounds, so I used photos of the hallway. Here’s Angel going home in the final version of the cartoon.