Just another rare photo of Jacoby and Angel near each other… 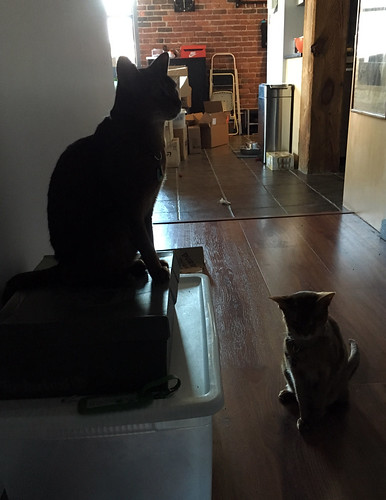 I thought they looked rather elegant backlit in the hallway. 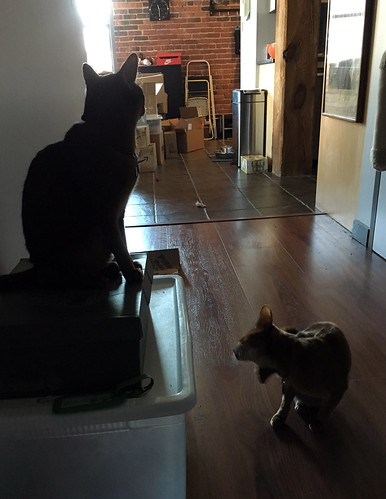 And then Angel scratched her ear…and it became a more typical Aby photo.