Tomorrow is my birthday…again. And as my personal New Year’s Day, I’ve always reveled in it. 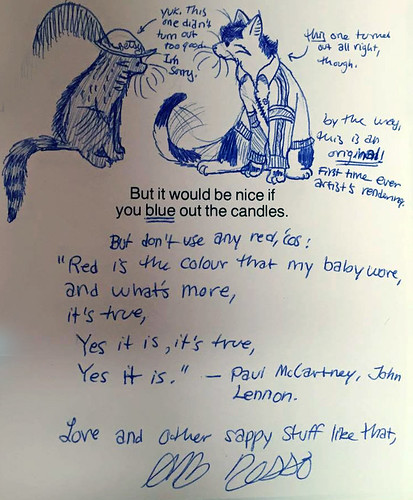 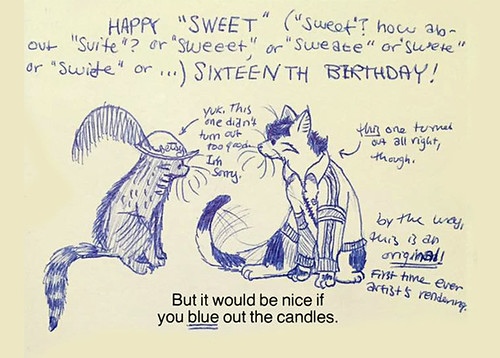 Dressing cats since 1981…oh, yes. Actually, this was only a couple of months before I got my first all-mine, raised from scratch, leash-trained, bike-riding, boykitten Sgt. Pepper, a chocolate Siamese and white (what now would be a Snowshoe) who was also my first real CFA show cat (HHP, of course). Mary and I were both into cats and the Beatles (clearly).

(Pepper was named because Sgt. Pepper’s Lonely Hearts Club Band was originally released on my birthday in 1967, and as such was my favourite album.) 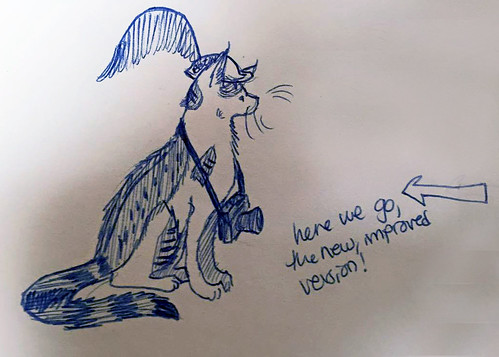 And cameras. I’m not sure who these cats are (her name seems to have been Betsy), but I think they may have been Mary’s cats.

This fascinates me…I drew these 35 years ago, almost to the day. My basic style really hasn’t changed all that much, has it?