When Björn was in Boston for our wedding in April, my friend Linda (who is also a member of NEMO) asked if we could help her out. 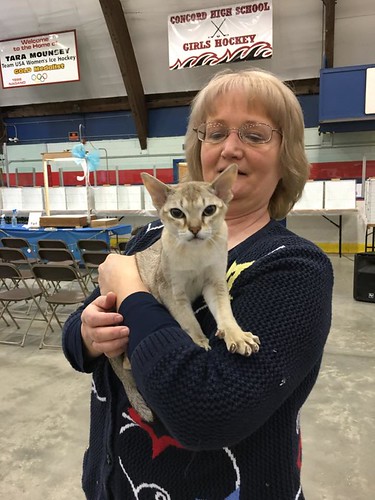 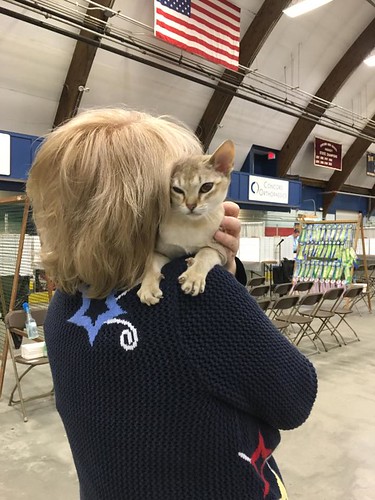 Linda, along with her husband Chuck, breed Singapuras (their cattery name is Mystiquecats), and she wanted to know if Björn would be willing to help two other Singapura breeders. Pat, of (Sopan Singapuras had a 10 month old girl kitty who needed to fly to live with a breeder in Sweden. And, as luck would have it, Björn was returning home and flying into Stockholm at just the right time! 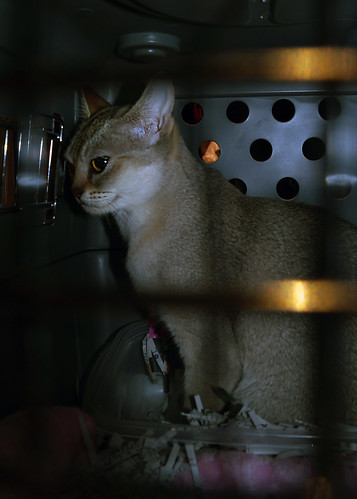 Well, naturally we jumped at the chance, not only to help out friends, but because just two months later, I would be making the exact same journey – on Icelandair – with Jacoby and Angel, and what better way to try out the flight accommodations with a cat than to actually take a cat on the flight? 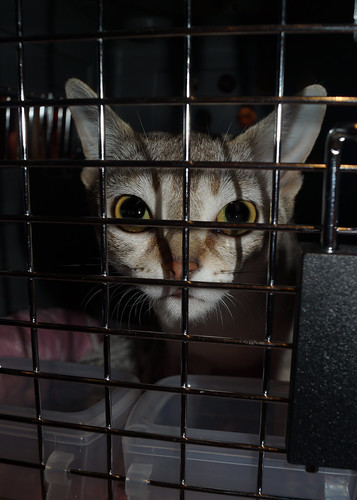 So, Björn and I met Pat and Naina, the girlcat, at Logan. I know Singapuras are small cats, and Naina was only 10 months old…but she was TINY! 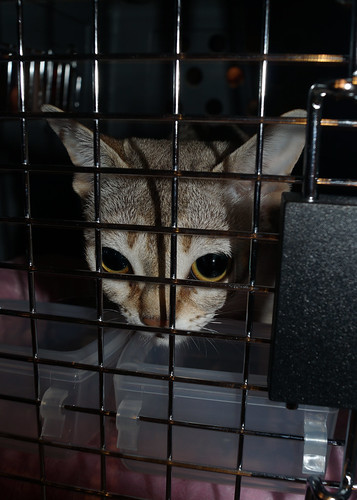 Pat had sent cats abroad before, and gave me excellent advice on how to outfit the carrier for a long trans-Atlantic flight. From her I learned that a bag of dry food should be attached to the outside of the crate, and the water bowl should be filled with water and frozen the night before, so the bowl would be filled with non-spillable, slowly thawing ice that the cats can lick if they are thirsty. 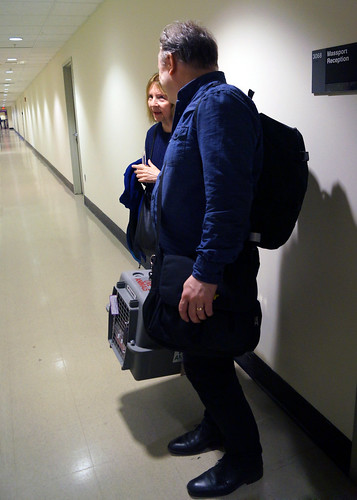 After checking in, we got to go behind the scenes with an Icelandair employee. We went into a back room and a TSA employee checked Naina and her carrier to make sure that nothing was being smuggled in with the cat. Then they took her to the plane. On Icelandair, pets travel in a special pet hold rather than in the cabin. This is because Iceland is an island, and has very strict animal import laws and impose a quarantine on imported mammals. Animals need to be monitored by official airline personnel at all times and cannot be on the ground more than three hours. When I booked my flight to Sweden later this month, I had toyed with the idea of having a seven-hour layover in Reykjavik and actually go into the city, but since I’ll be travelling with the Abys, I can’t do that. So, I’ll have just enough time to go through customs, grab a snack, and get on my next plane. 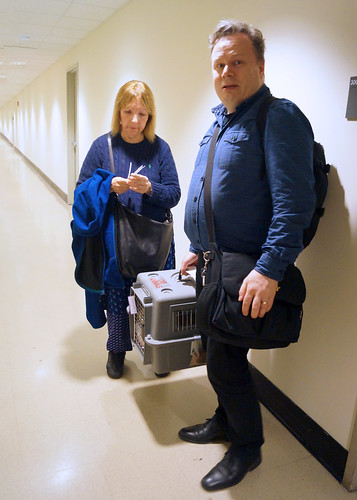 However, in our case, the cats having to travel in the pet hold is actually an advantage. Two animals of the same species, weighing less than 40 kg (88 lbs), can share one crate, so Jake and Angel will be able to travel together in one carrier rather than me having to manage two separate bags with cats in them along with my laptop and carry-on bag. 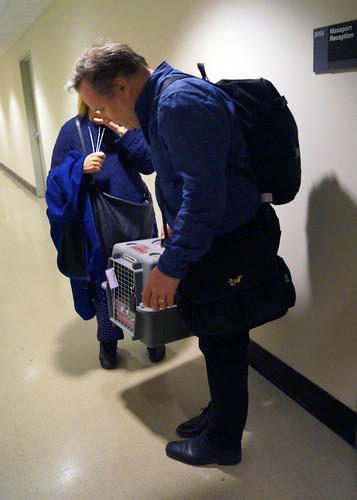 Naina flew like a champ. When Björn landed in Stockholm and picked her up, she was as cheery and relaxed as she had been in Boston. He was impressed that after eleven hours flying and changing of planes, she was just meowing a little, but mostly was just curious about her new surroundings. 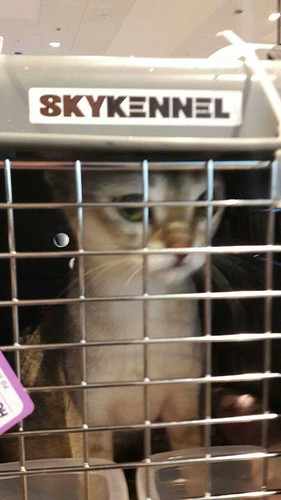 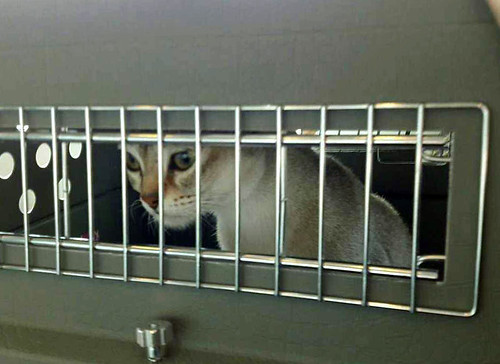 Björn met up with Lisa, of Melur Singapuras, at Arlanda and Naina was swiftly taken to her new home. 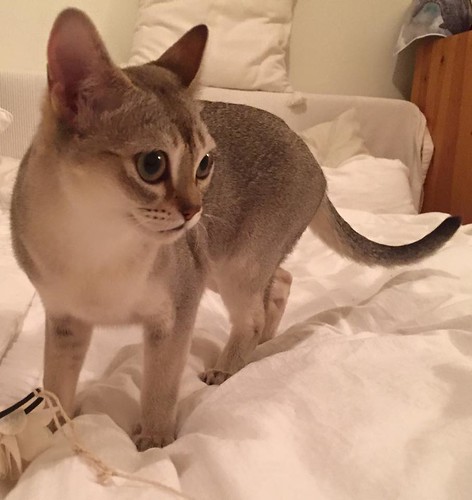 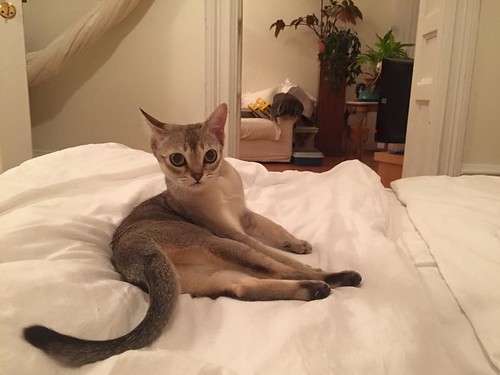 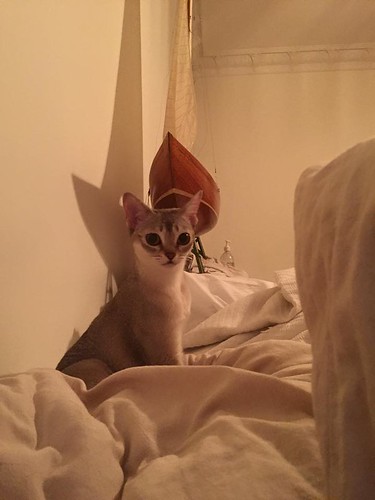 As you can see from these photos Lisa posted on Facebook, Naina settled in almost immediately! She took to being in Sweden right away. Just like I hope that Jake and Angel will!

4 thoughts on “Aby-a-Day – 5 June: Travelling with a Singapura (Swedish Sunday)”