You know that I flew to Sweden with the two Abyssinians, Jacoby and Angel. But I’m willing to bet you are very curious as to HOW we came here. I flew IcelandAir, which, because Iceland is an island and because of rabies concerns, requires all animal passengers fly in a specially climate controlled pet cargo hold. I know many people have misgivings about airline cargo holds, with good reason. But I have had only good experiences with cargo travel (my two Siamese, Harri and Patrick, from San Francisco to Atlanta, and then Tessie from Portland, Oregon, to Boston). It’s actually easier than travelling with a cat in-cabin, especially when you are travelling with more than one!

I started acclimatising them to the crate very early, by leaving it out for them to nap in. Tessie didn’t really need to practice, but she did anyway. 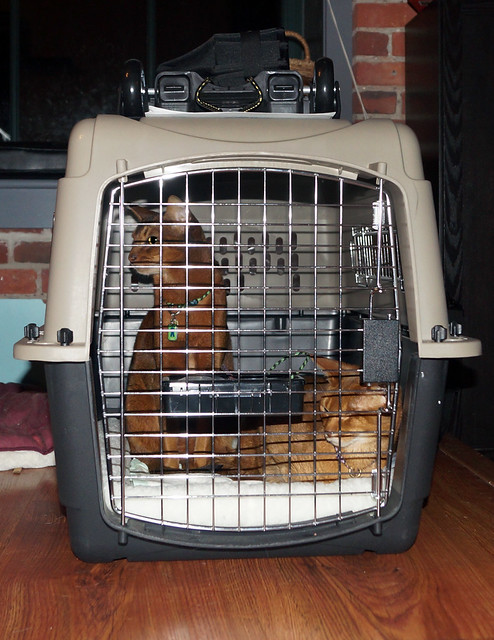 I also locked Jake and Angel in the crate for longer and longer periods to get them ready for an eight hour trip. 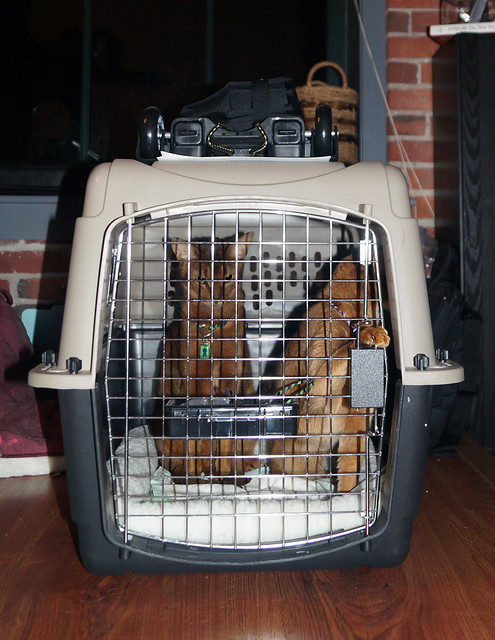 Although I think Angel wanted to get out. 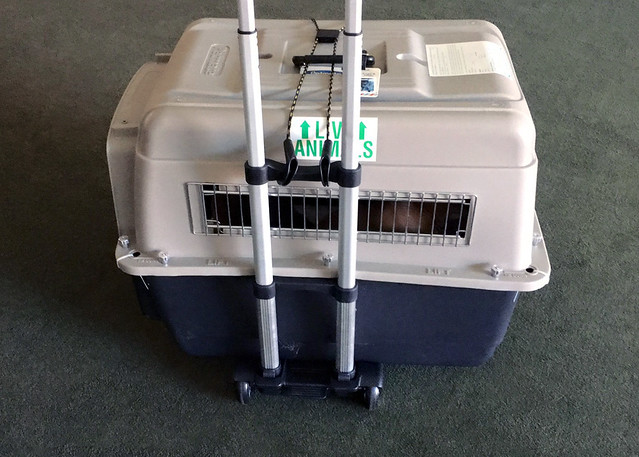 Then, days before the big trip, we had a practical practice, I used the crate to take Jake and Angel to the vet for their pre-travel visit. 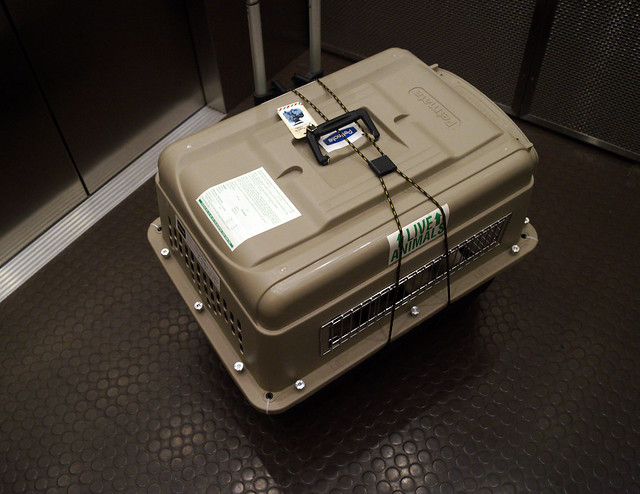 It was a perfect opportunity to practice shlepping the crate somewhere. 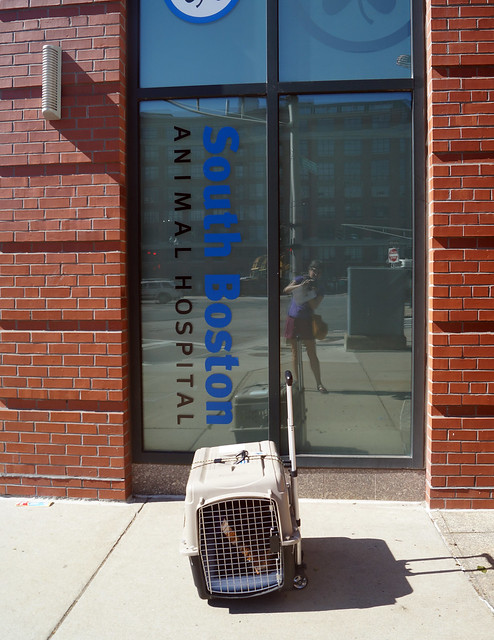 Ironically, my vet, South Boston Animal Hospital, changed location from a 10 minute bus ride away to…ACTUALLY IN THE BUILDING I LIVED IN on 1 June. I left for Sweden on 17 June. Sigh. 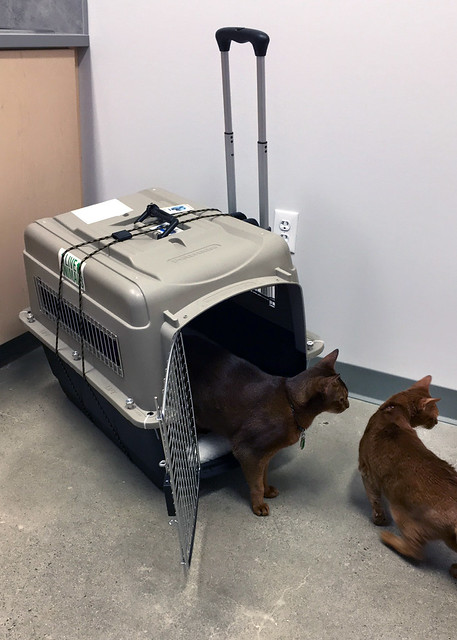 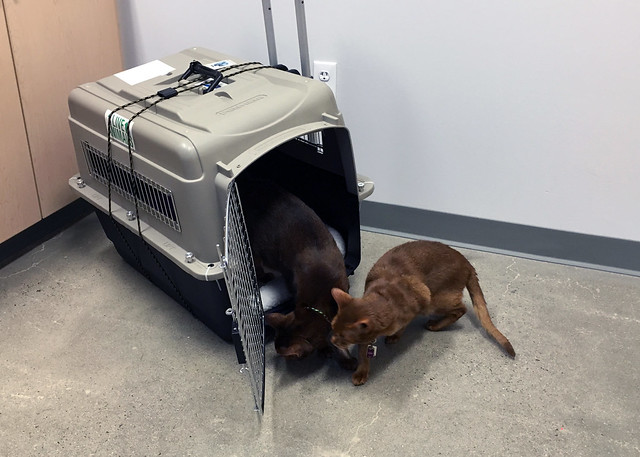 They were their usual selves at the vet, and of course, they got a clean bill of health. 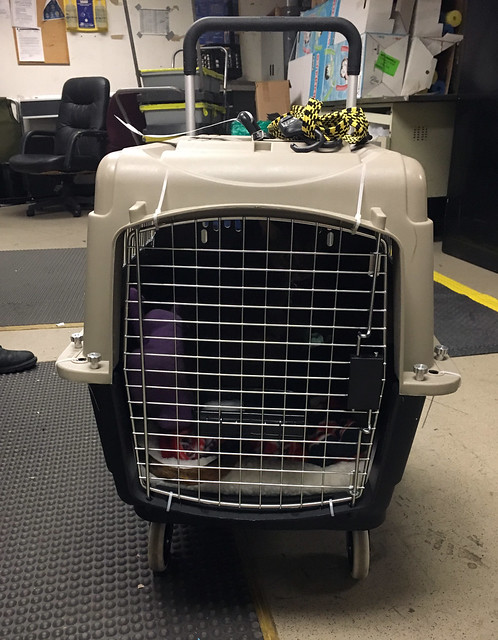 Finally, the day arrived! We went to Logan Airport to start our new life. 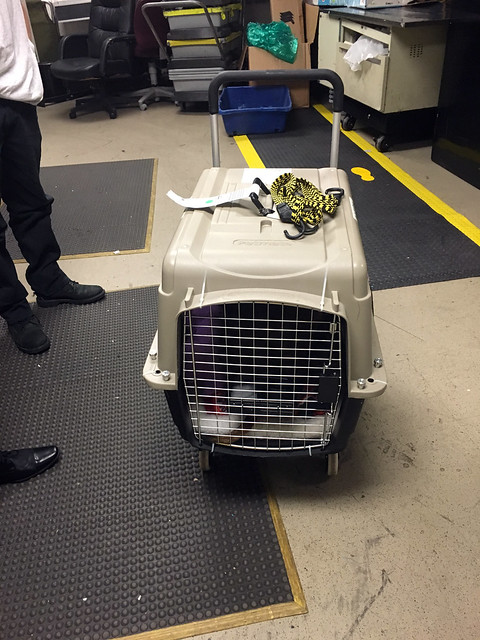 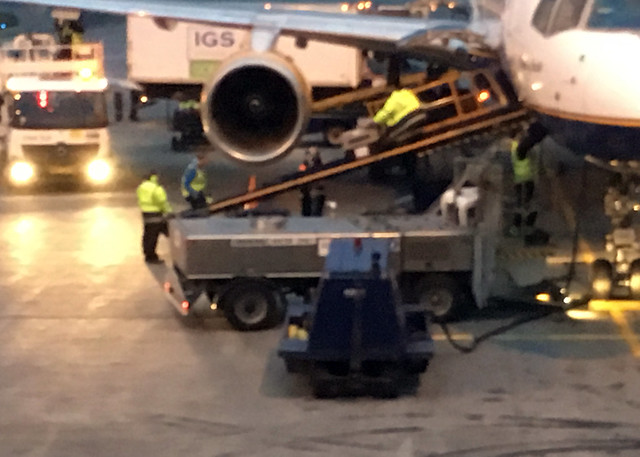 The flight went without incident, apart from the souvenir shop being closed, dammit. But I was lucky enough to see Jake and Angel’s crate being loaded onto the next plane at Reykjavik. 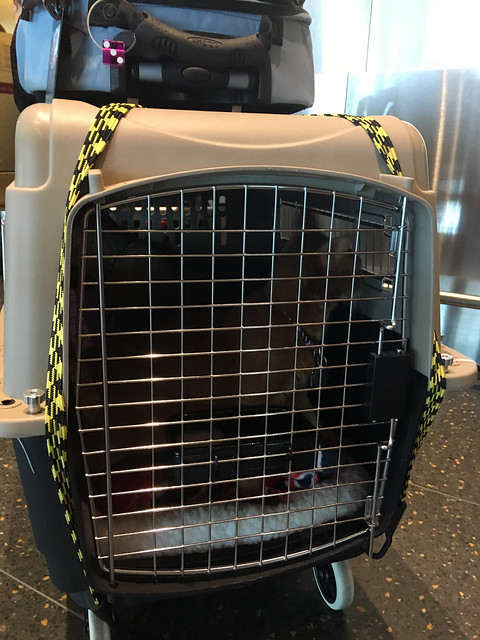 And then, at long last, we were all reunited at Arlanda airport in Stockholm. What happened next? Tune in tomorrow, same cat time, same cat channel!