Pyret was right at the door to meet us. Or, more likely, to meet Björn. Pyret was born in 1999 and was bottlefed by Björn and she is very bonded to him. To meet me on time in Stockholm, he had to stay overnight, so he hadn’t been home for nearly a day. Pyret was hungry and missed him, so she was coming to greet him. 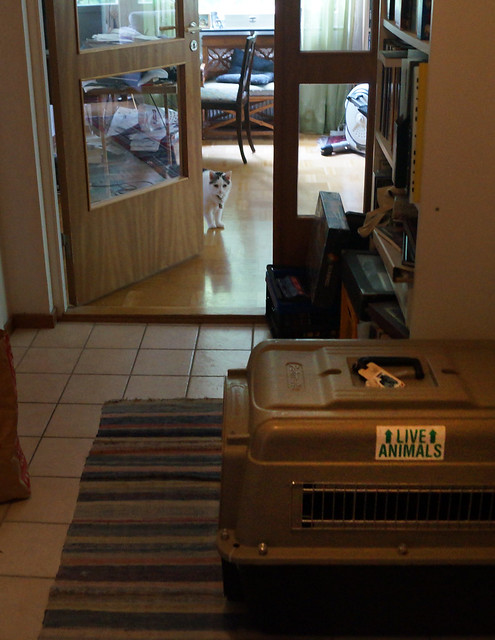 She certainly was not expecting other cats! 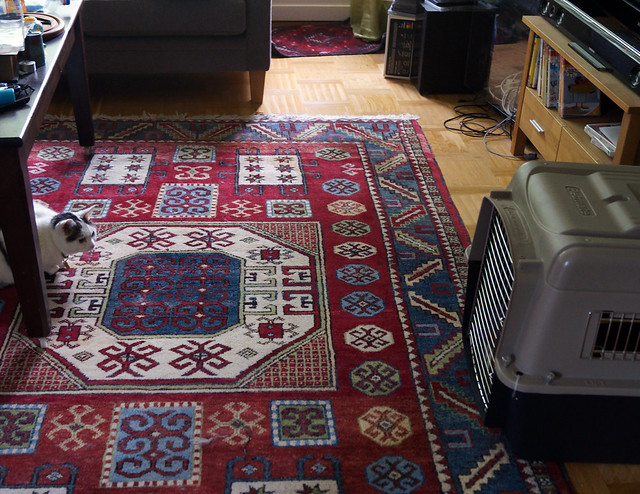 Pyret has been an only cat since Björn’s other cat, Olivia, died in 2010. I really wonder what she thought when she realised that there were cats in that big box. 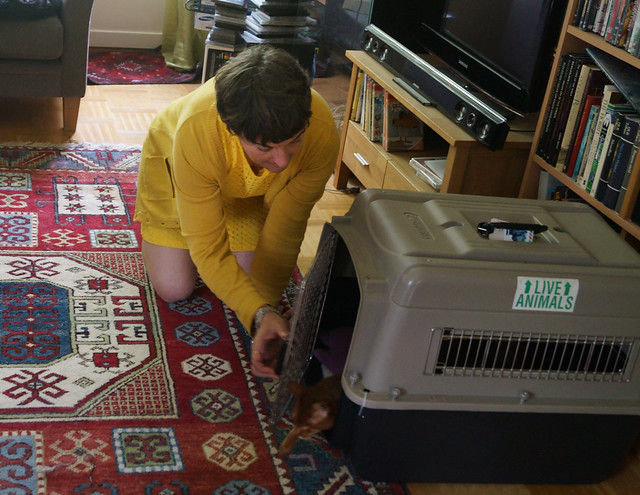 I opened the door… 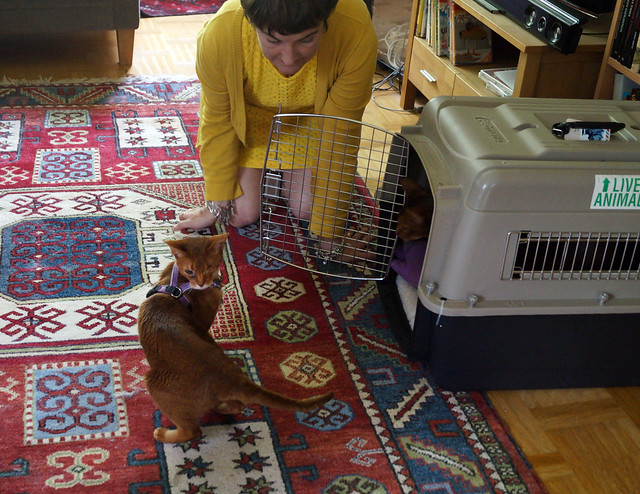 …and, curiously, Angel was the first one out. It’s like she knew that the airport and the train weren’t home, but she was home now. 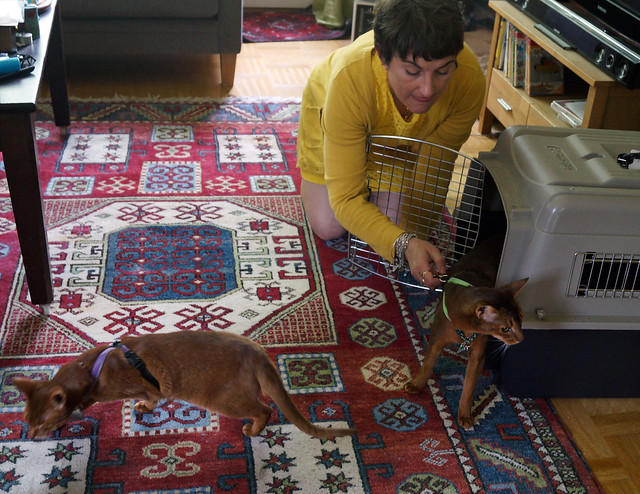 Jake, of course, was not far behind. 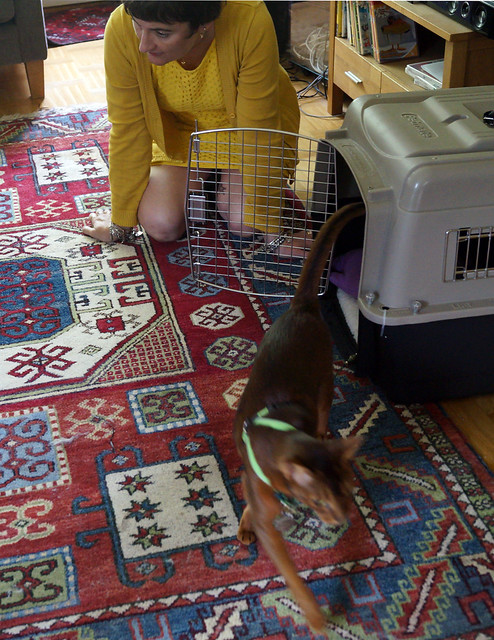 They both took off in different directions to check out the new digs. 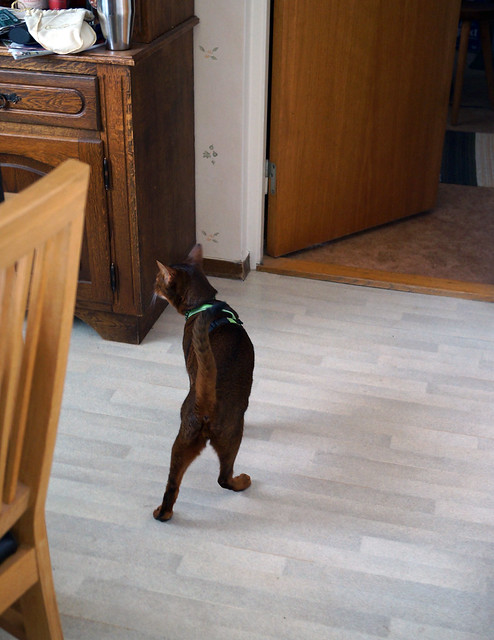 Angel went to check out the living room and under the sofa, and Jake went to explore everything else. 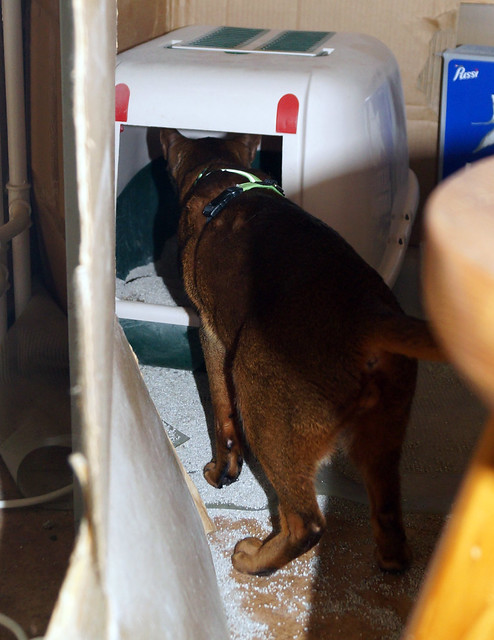 Including the litter box. Always a good idea to locate the facilities right off the bat. 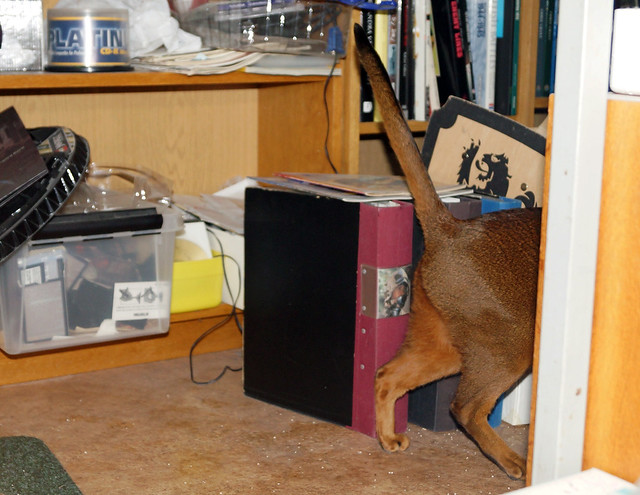 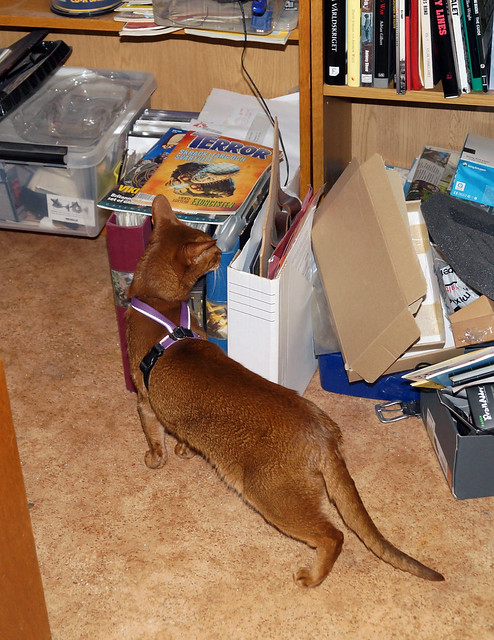 Angel was in there soon enough, though. 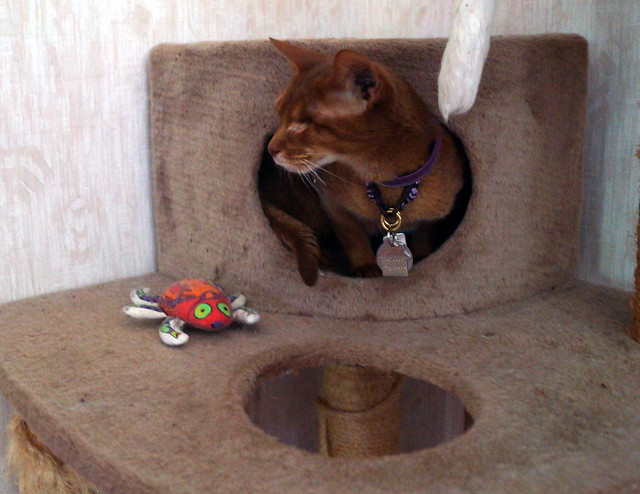 Angel’s big discovery was the old cat tree Björn had in his living room. It’s out on our balcony now, and she still loves to sleep in that cubby. 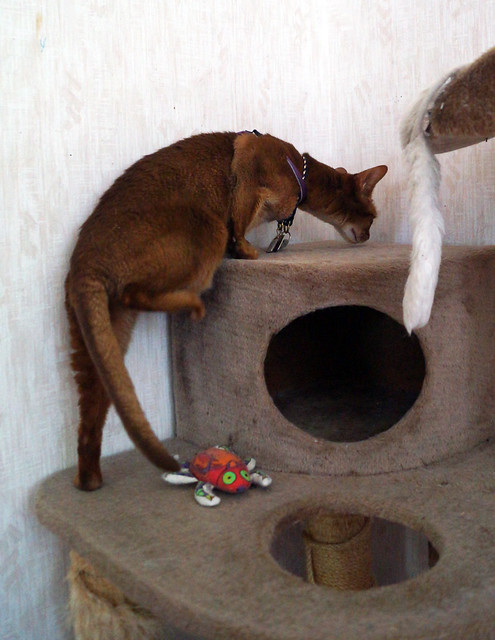 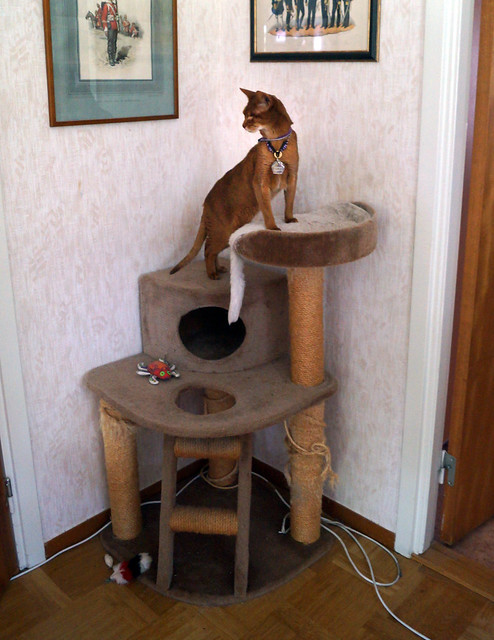 She explored the whole tree. And even today, my big tree is primarily her domain. 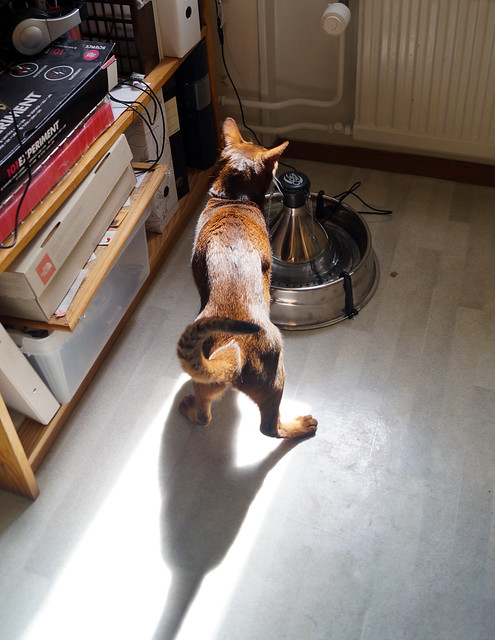 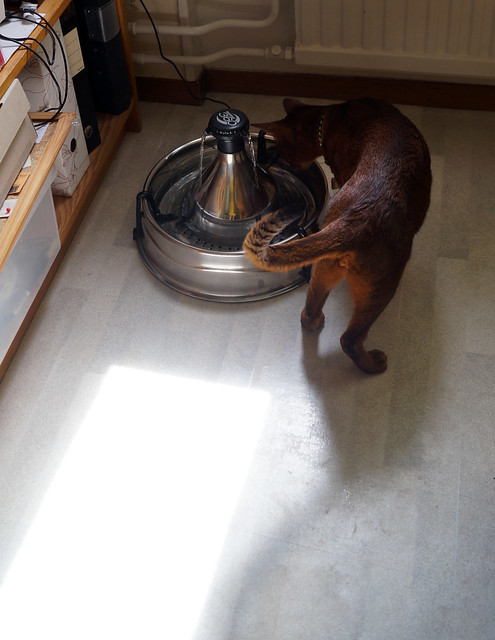 Meanwhile, Jake was checking out the new cat fountain in the kitchen. 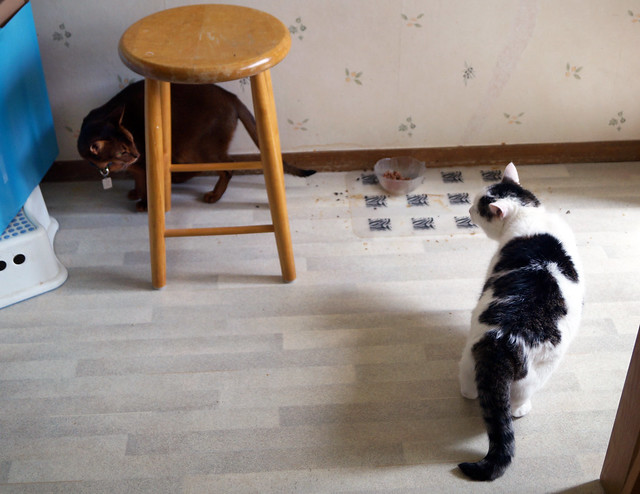 And while he was doing that, Pyret was checking him out. 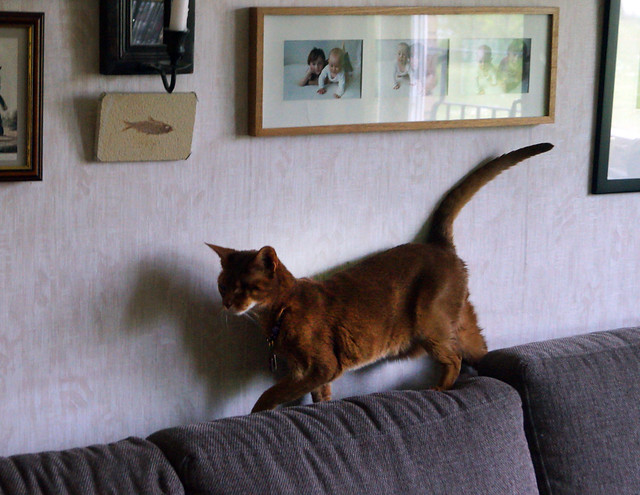 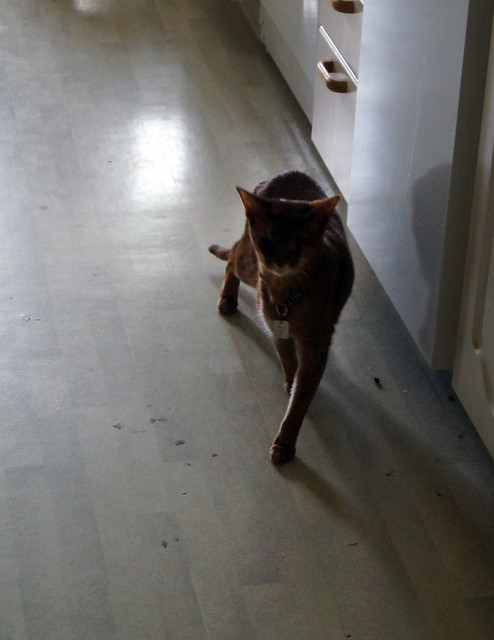 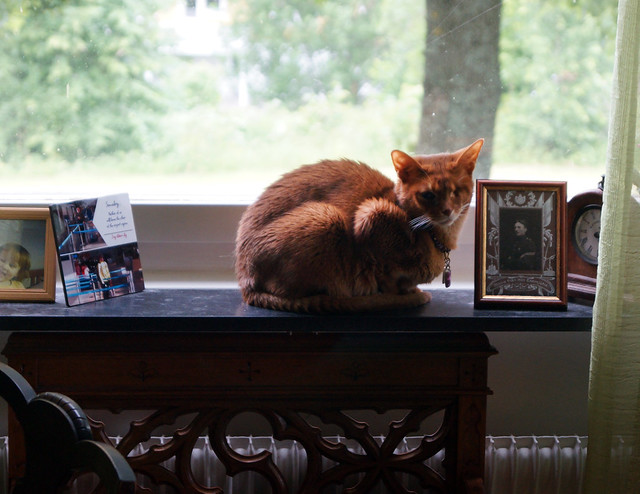 After only a few hours of being home…this was Angel. 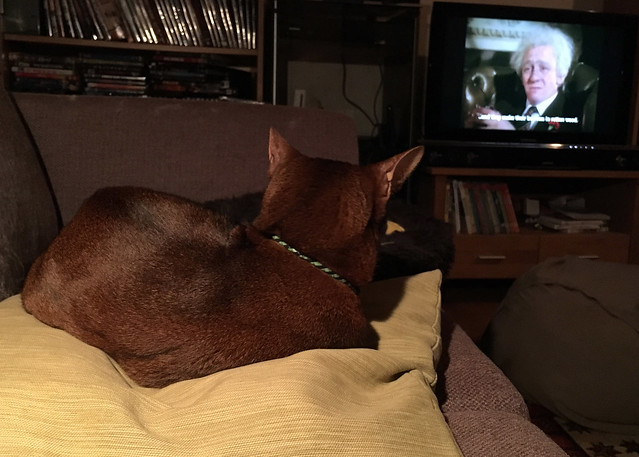 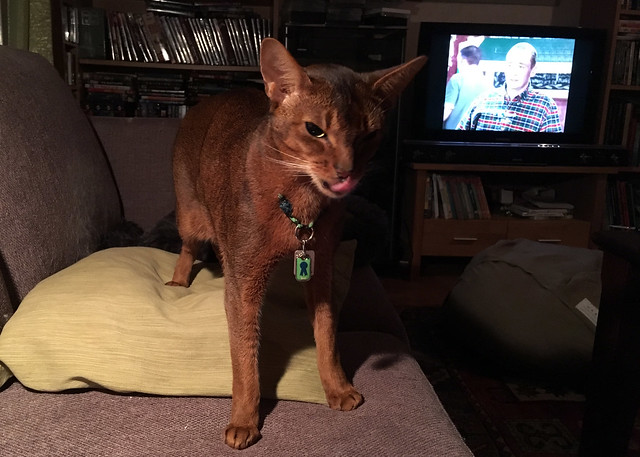 And this was Jake. Moving to Sweden was so freakishly easy for them!