As you know, Jacoby has absolutely no problem with wearing clothing…especially if it’s his winter coat and there is snow on the ground! 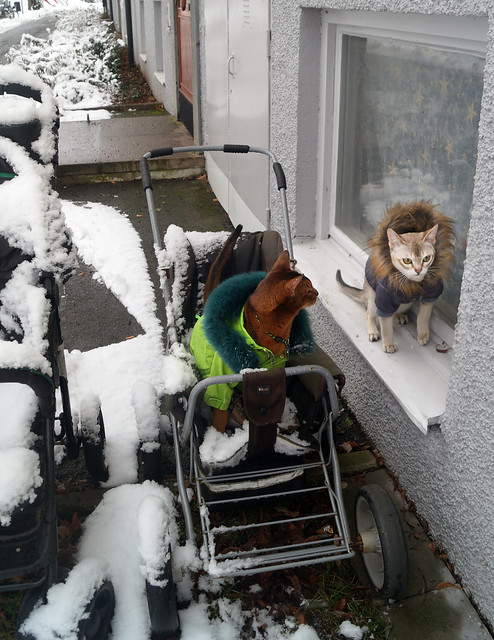 Logan also has no problem wearing a coat outside when it’s cold. 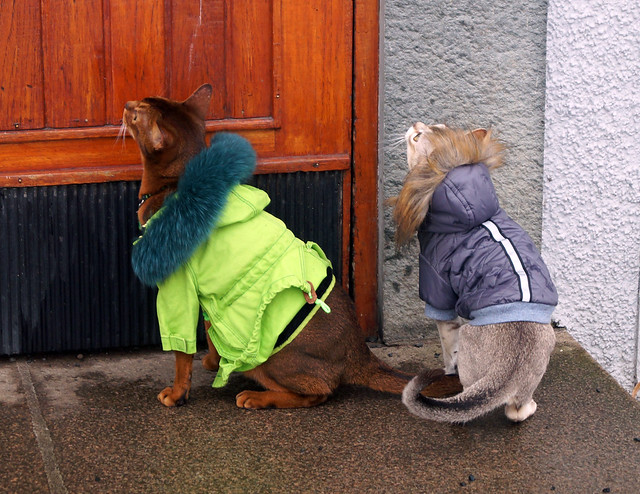 Both he and Jake have figured out that going outside is fun, but being cold isn’t. Coats make outside not so cold so they can have that fun in winter. 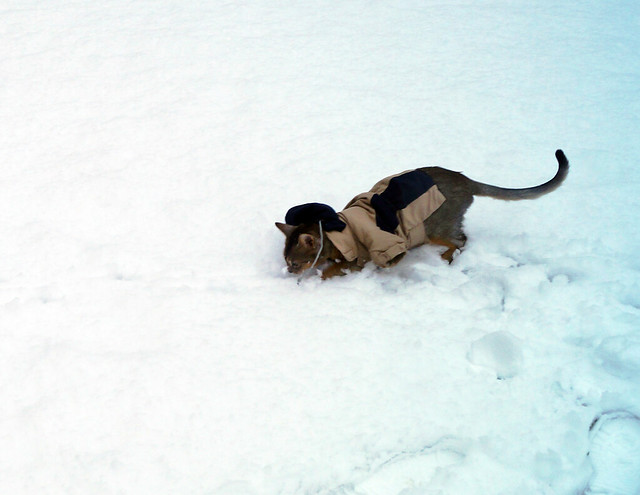 Alfred, however…it finally snowed enough to let the kittens experience their first snow, so I took Logan and Freddy out with Jake. Freddy did not like wearing his coat. He started taking it off the minute we got outside. It was Gun-Hee’s old coat, and it fit him well, but he would have none of it. 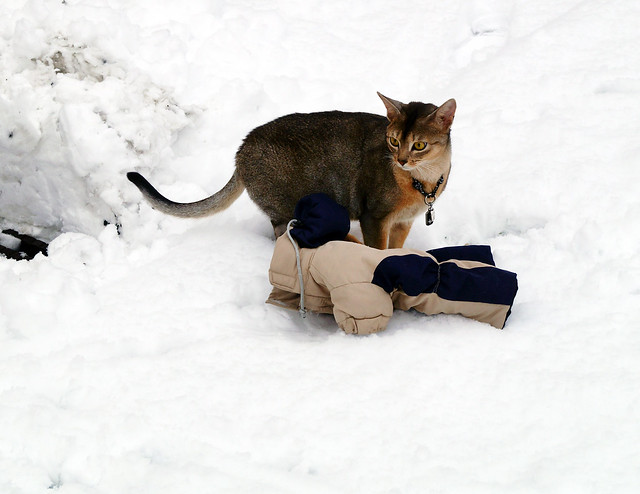 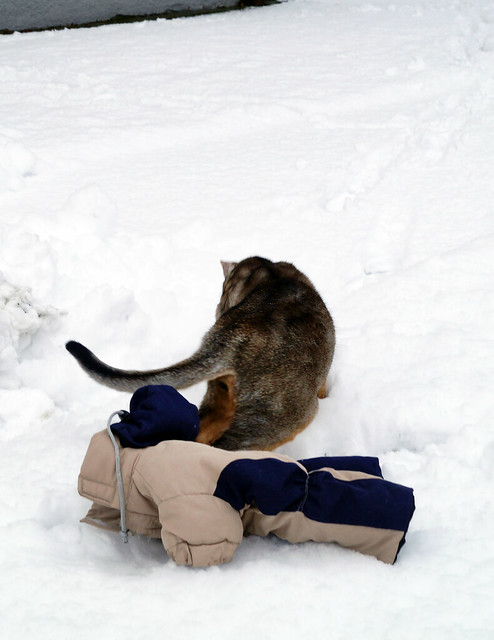 He got out of it with lightning speed. 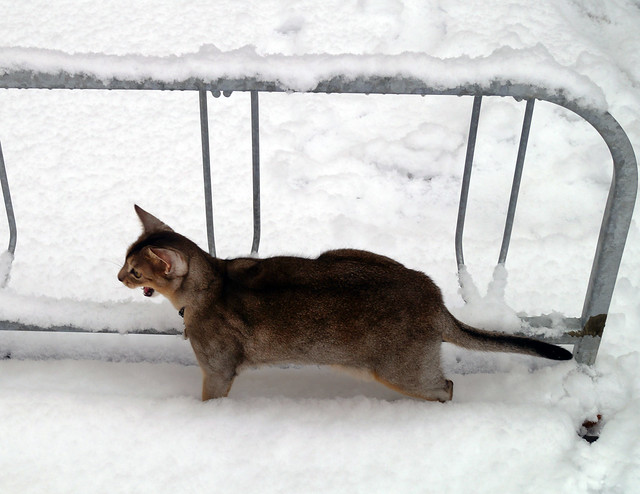 And then he proceeded to explore this strange white stuff that covered the outside. 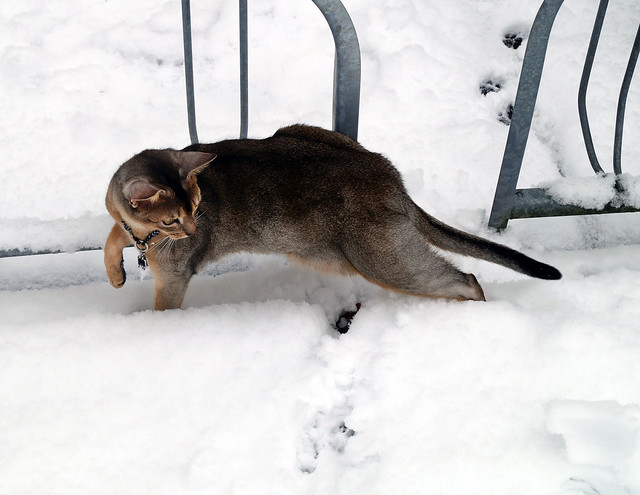 It was almost as though he was saying, “Screw you, I’m Swedish! I don’t need no stinkin’ coat!” 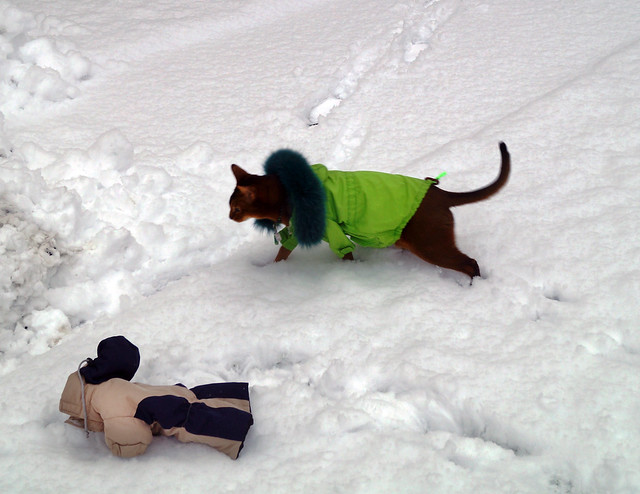 Of course, Jake is Canadian and lived in New England for most of his life, and Logan is, of course, Swedish, too…and both of them appreciate their coats. 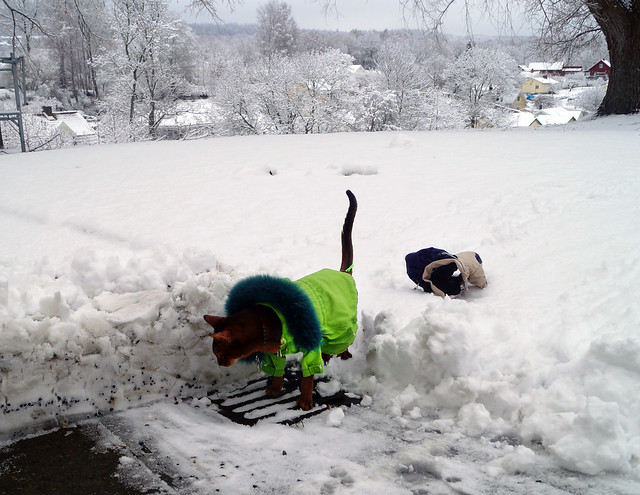 Jake, especially. He seems a bit bemused that Freddy would shuck his coat so quickly to frolic naked in the snow. 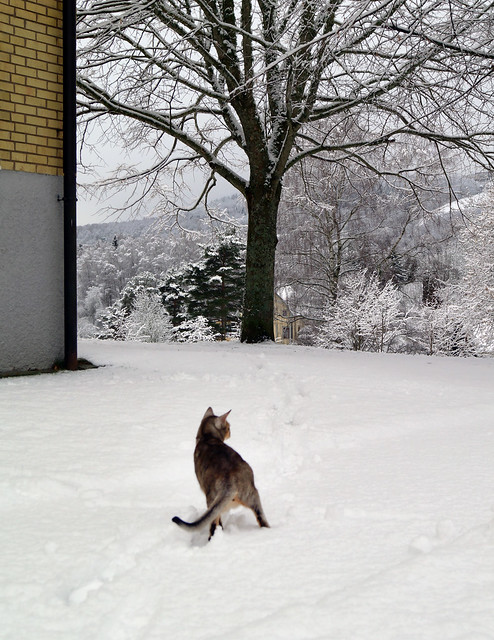 And frolic he did. He had a blast out there! 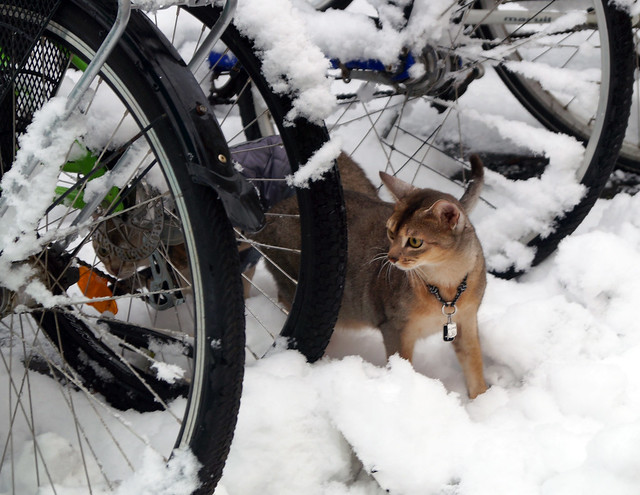 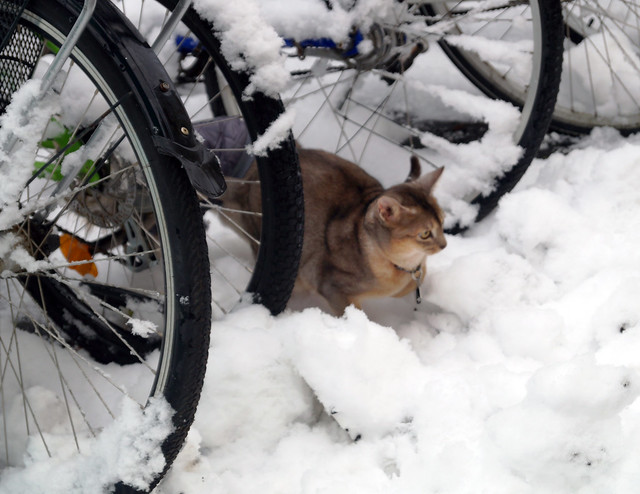 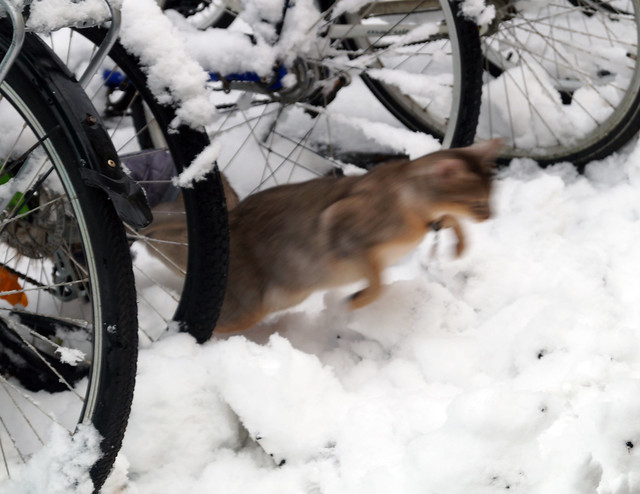 Still, I would feel better if he could keep a coat on. Maybe I just need to try a different style.