During that farce that was held in the months before the first Tuesday in November a year or so ago, my standard retort to any discussion of the male candidate was, “ANYONE would do a better job than that idiot. My upstairs neighbours’ cat would be better than him! And, he has better hair!” 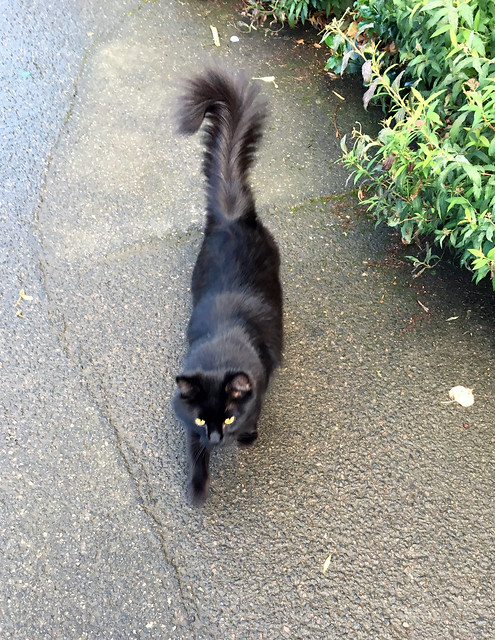 This is Marquis, our upstairs neighbours’ cat. 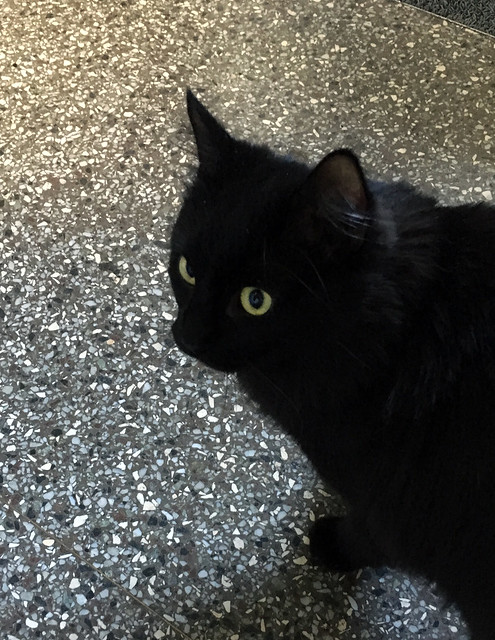 He’s a domestic Swedish longhair, about three years old, and our neighbours cannot keep him inside. 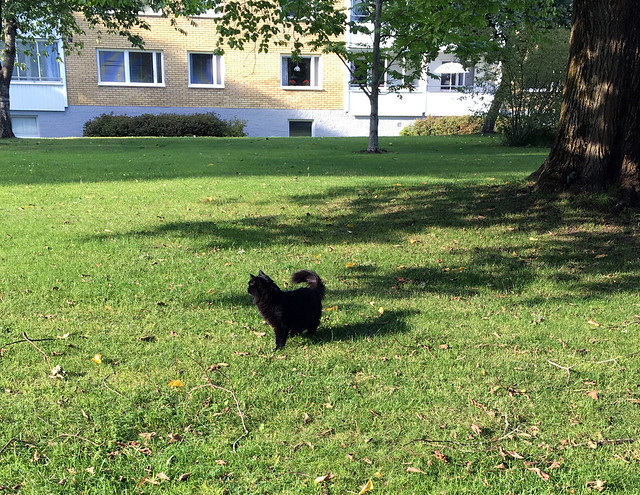 He loves going outside. 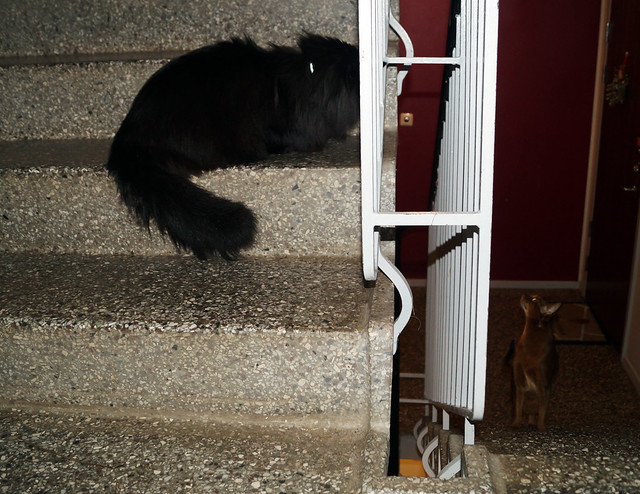 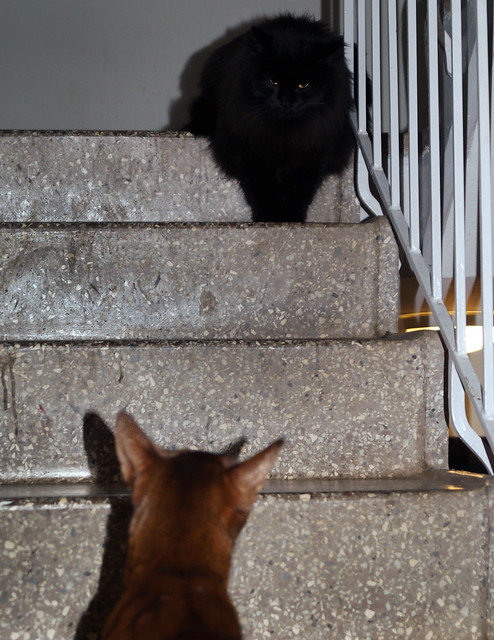 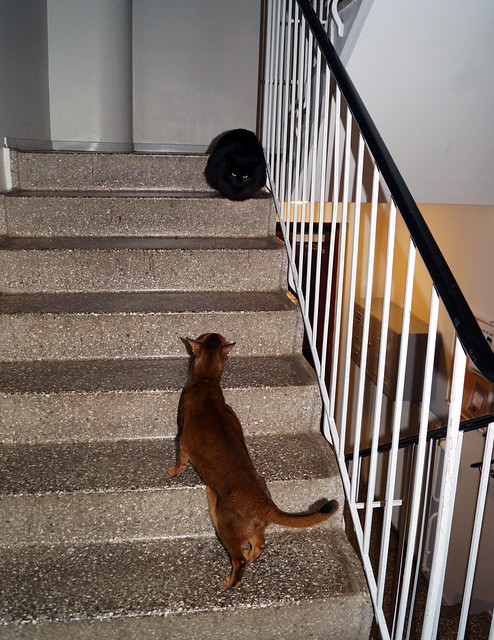 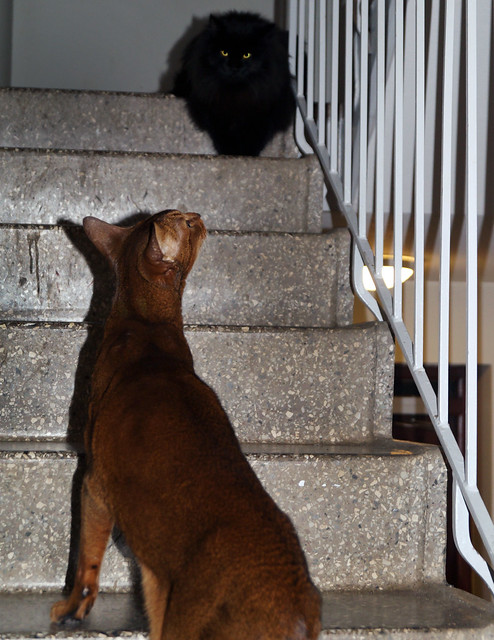 Which is too bad, because Jake actually seems to kind of want to be friends with him.

It is said Swedes aren’t social with strangers, but contrary to popular belief, we are very friendly with the other people living in our building. Our upstairs neighbours, Johan and Oksana, have two daughters, we share food and we take in each others’ cats when we need to. Our across-the-hall neighbour, Marita, comes in and feeds the cats who stay home when we go to shows. It’s really nice. 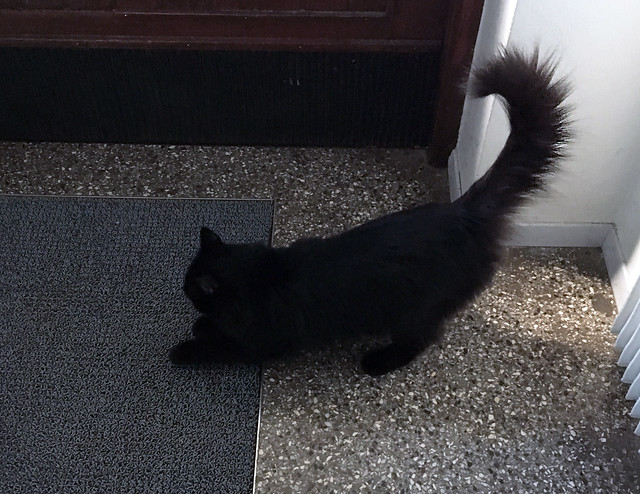 Marquis is social, too. When he’s outside and sees someone heading towards the door to our block of apartments, he comes running to be let in. He then leads you up to his apartment and waits for you to ring the doorbell. He’s very smart. 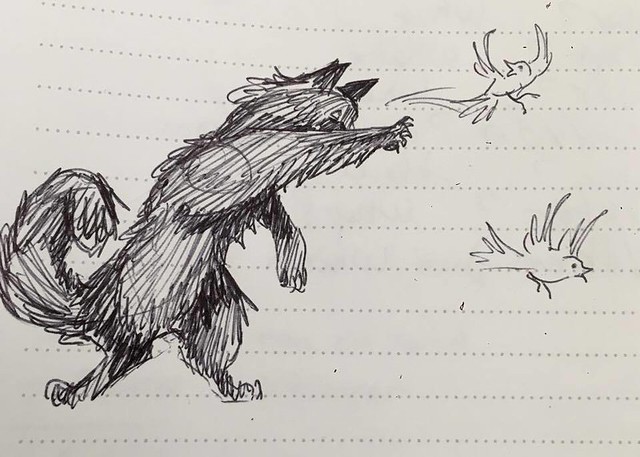 He is also an excellent hunter. He’s shown me mice he’s caught, and one morning I saw him pounce into a flock of birds. I didn’t have time to whip out a camera, so when I got to class, I tried to recreate his whirling attempt to snag a birdie.