Abys run funny. I don’t know what it is…they sort of kick their backlegs out and they look like Phoebe that time she ran on Friends. 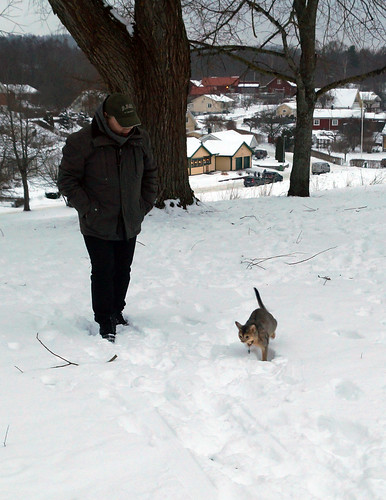 I haven’t had an Aby yet who didn’t run like this. Jacoby and Angel both run with this odd, legs-splayed running style. 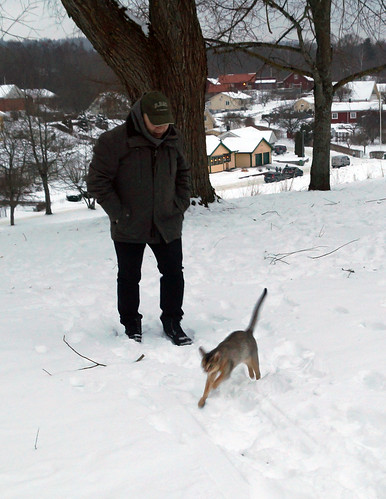 And it appears that Alfred is as much of an Aby as they are. 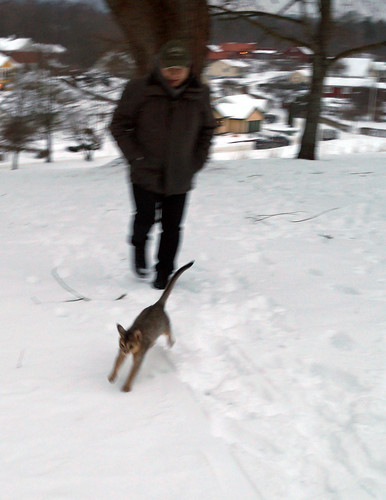 We went outside just to take some photos, and since Freddy doesn’t feel like he needs to wear a coat, we figured he could come out with us. 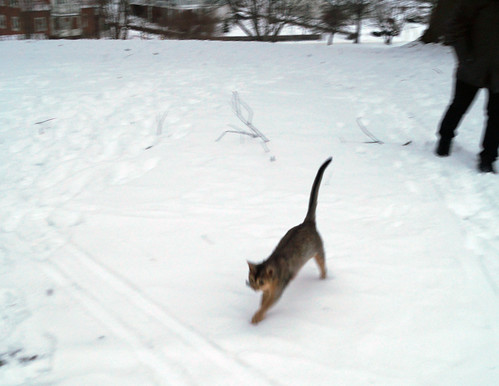 I mean, we weren’t going to be outside very long, probably less than 15 minutes, so there was no point in putting a lot of effort into the going outside preparation. 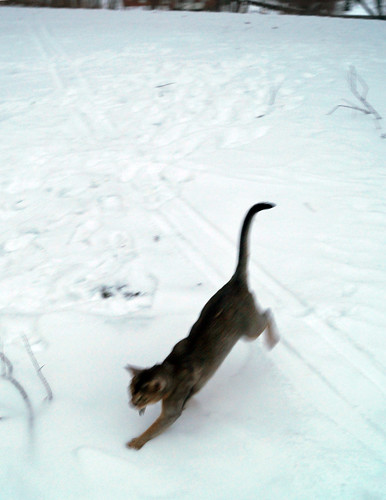 And Freddy loved it. 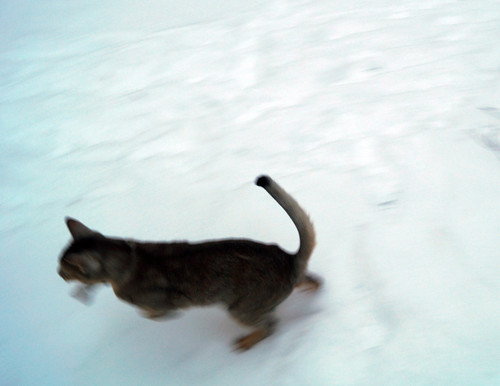 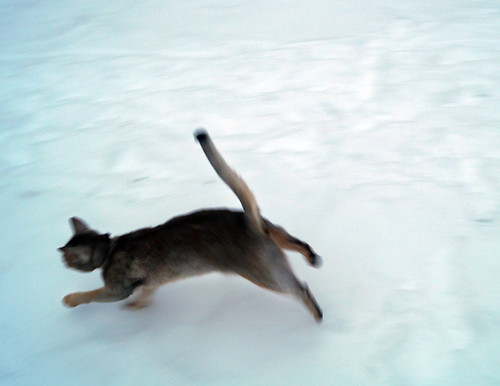 Cats are graceful animals as a whole…but there are exceptions. 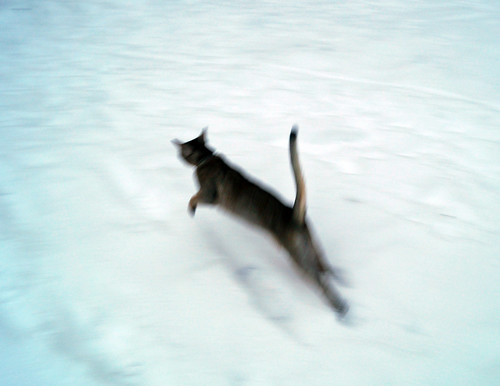 Freddy is definitely among them. 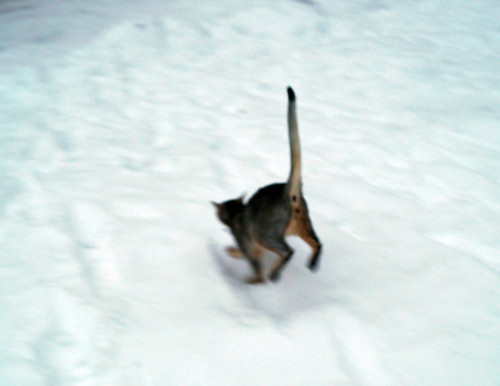 Still, it is kind of refreshing that he favours enthusiasm over style. That’s nice. 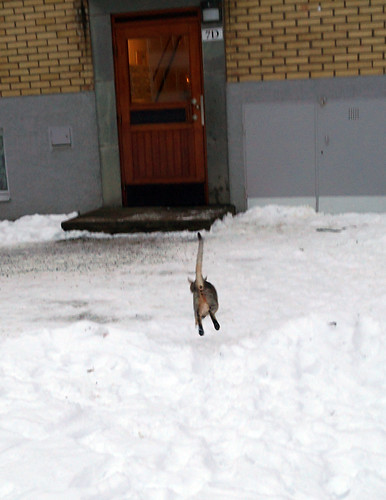 That being said, I dare you to look at this photo and not giggle.