Today is a special day in all our lives, especially Logan. We went out to Skultorp to visit Min Veterinär for a very special reason. Logan got a Supralorin implant. Supralorin is chemical castration…temporary, but as good as the real thing. 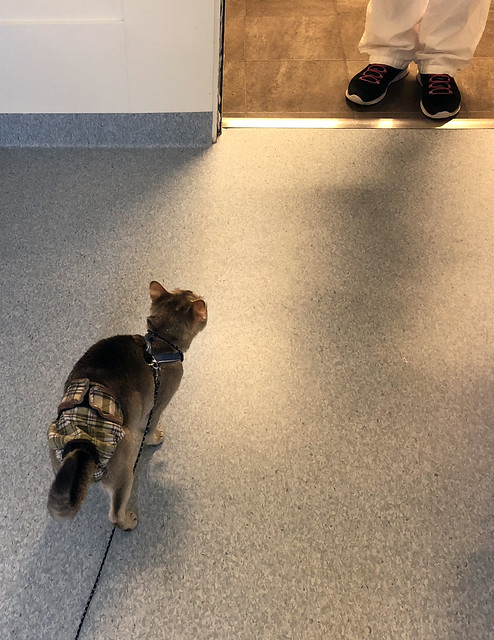 Obviously not aware of the size of the needle he was about to have stuck into his shoulder blades, he hopped down to greet the vet. 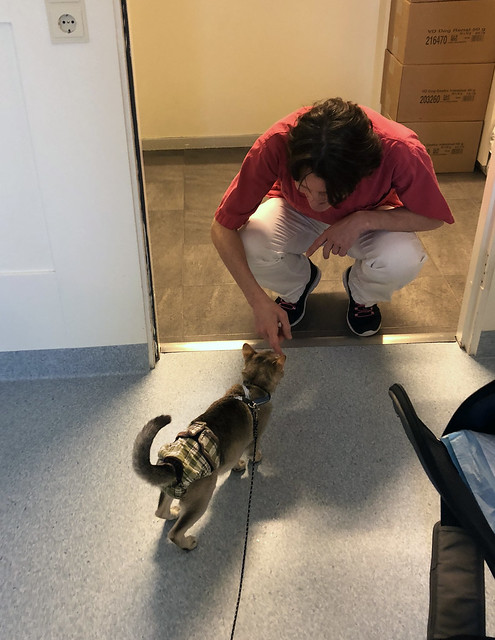 So very blissfully unaware of what is about to happen…

Before the implantation, our vet sprayed between his shoulder blades with lidocaine. Logan is a very fastidious cat, and he is constantly grooming himself (which is one reason he hates wearing his diapers). So, naturally, he wanted to groom off the stuff the vet sprayed on him. 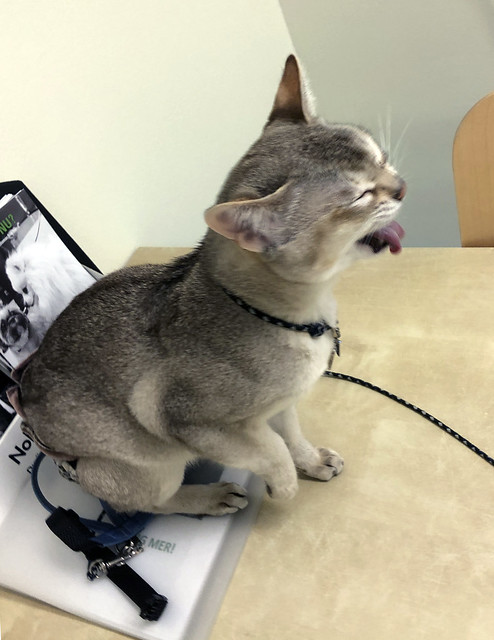 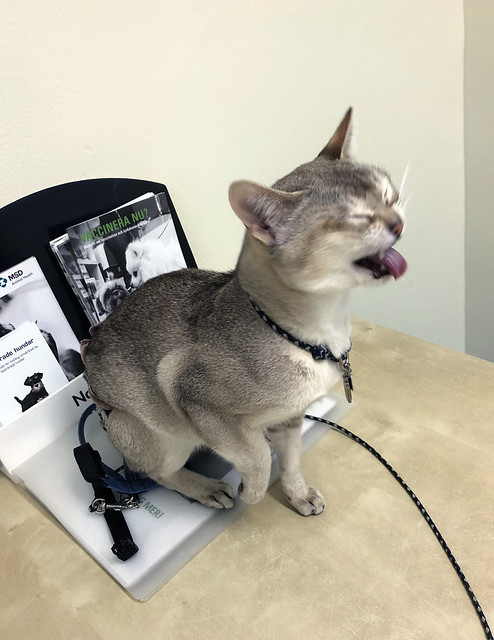 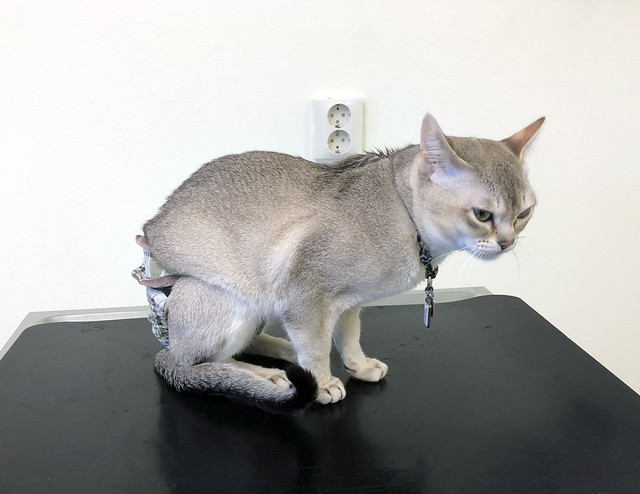 He sulked about that for quite a while. 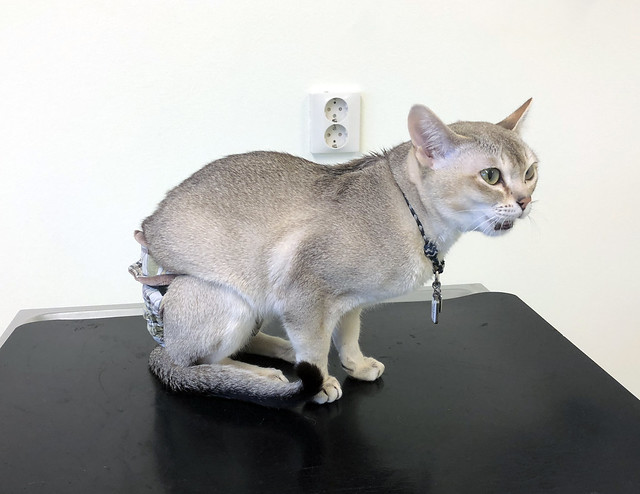 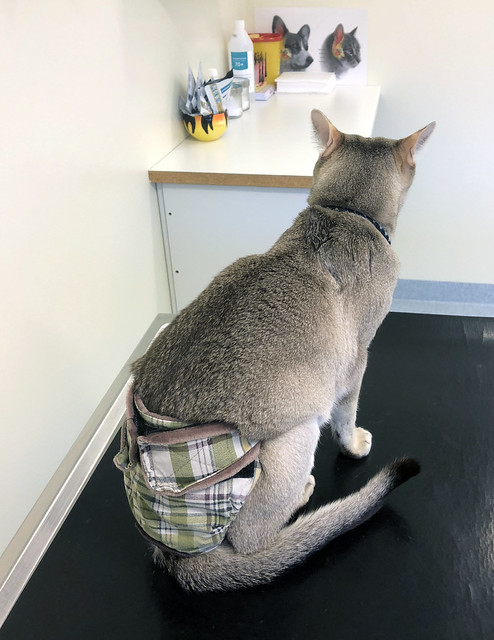 He was pretty annoyed at me. 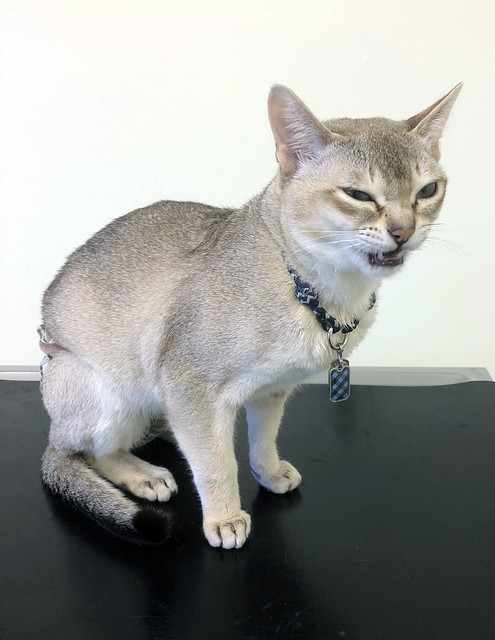 Given that he was suffering from lidocaine-taste flashbacks… 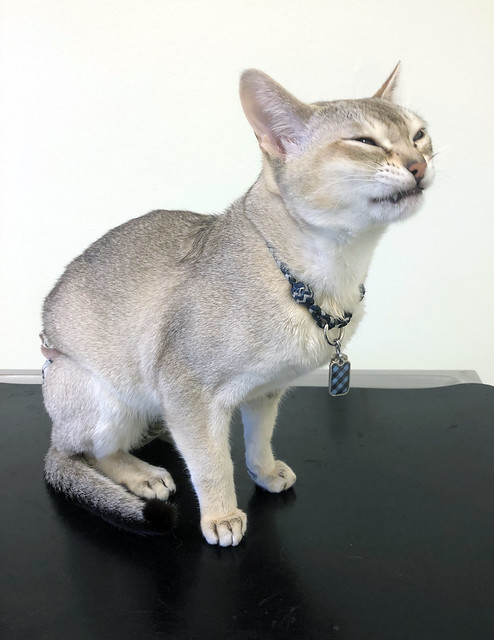 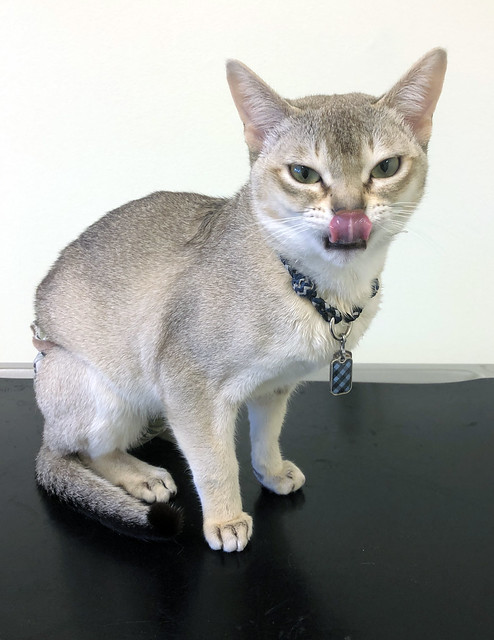 …Which from his expression were just as bad as the first taste. 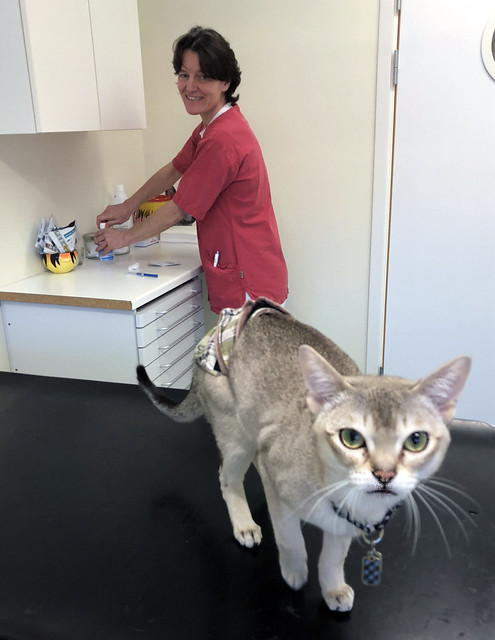 Once the lidocaine had had time to take effect, the vet came back and prepared for the implant. Logan looked at me like I was violating his every right. What he doesn’t know is, the implant will make him happier, and he won’t have to wear the diapers that he hates. 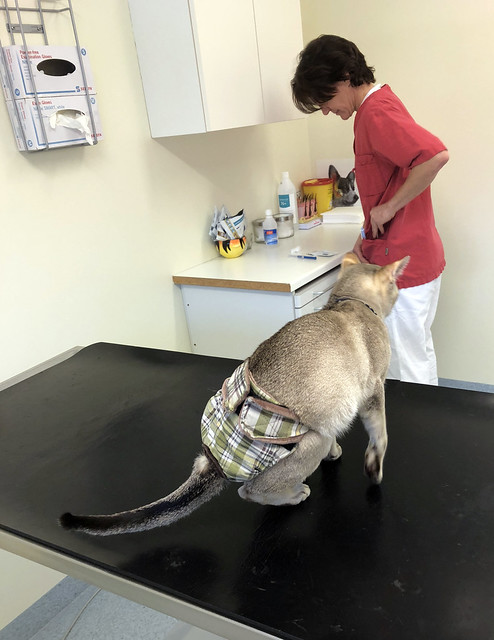 He blamed me. Look at that body language. 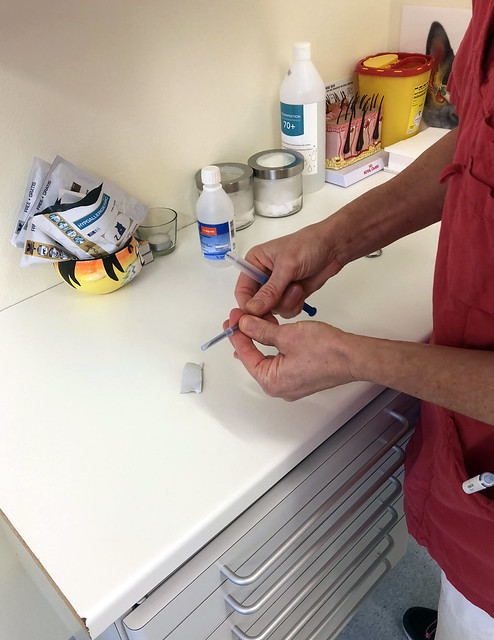 The vet prepared the implantation needle. 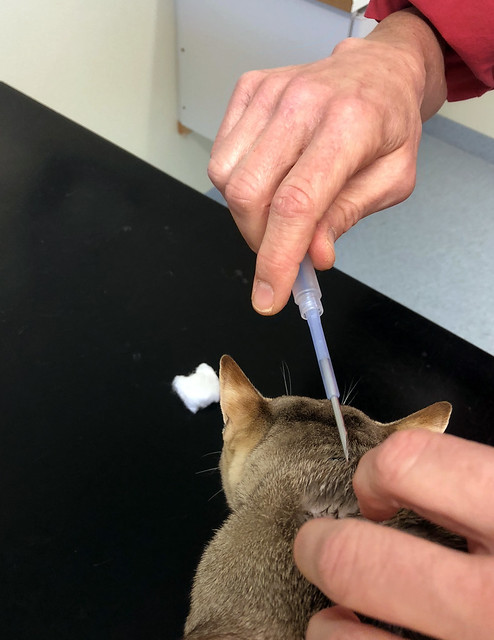 And then, in it went. It will take two to three weeks for the implant to take effect, but after that, Logan will be like a surgically neutered cat in every way. After that, he will be a stud cat in my breeder Lisa’s program. 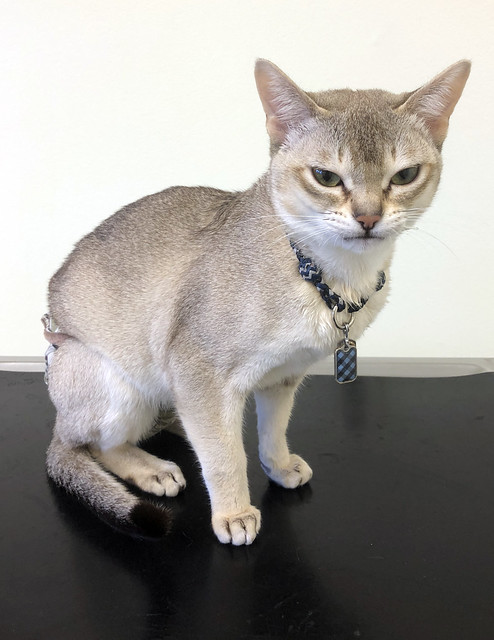 The best part is, we have up to two years to show him and earn titles in the Champion (unaltered) class. But eventually, he will be surgically neutered, and when he is, we can start over from the beginning and show him in the Premiership (alter) classes and earn the titles all over again. He’ll have a nice long showing career!