Since Jacoby has decided he doesn’t like FIFe’s way of showing and has declared himself retired, Logan is the only show cat in the house now. But, when Logan and I are going to a show in or near Stockholm, we take Jake along and he stays with Kalle at Kalle’s mother’s house just outside of Stockholm. 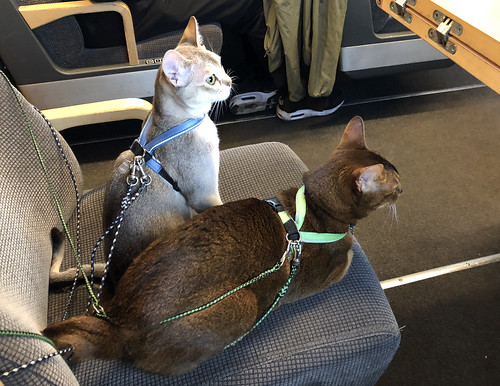 Jake and Logan have become comfortable travel companions. They don’t always get along at home, but on the road they are the best of friends. 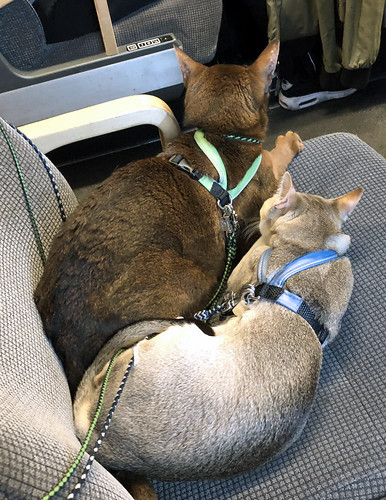 Train rides are rather lulling. It’s easy to fall asleep to the rhythm of the clickety-clack. 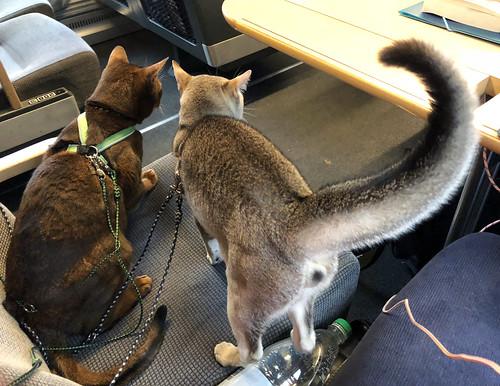 Until…what could the matter be!? 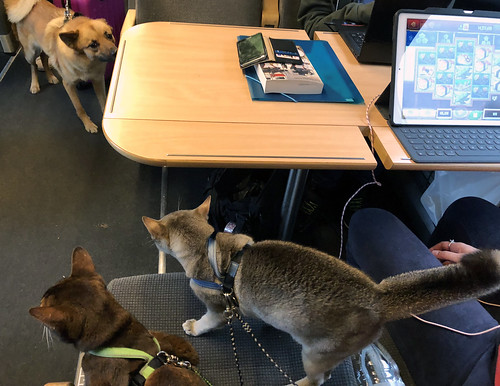 A dog! On the train! 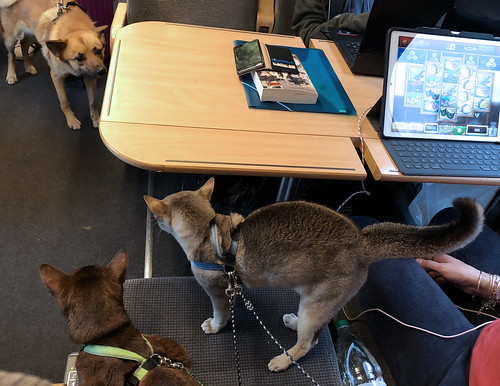 Animals are allowed in only certain cars on Västtraffik and SJ trains, so it’s not unusual to have several cats and dogs in one car. 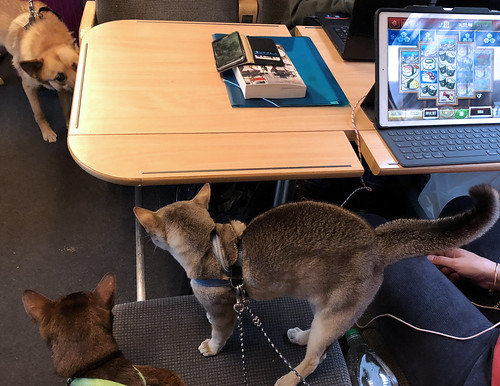 I guess someone forgot to alert Logan that his train ride might include non-humans and non-felines. 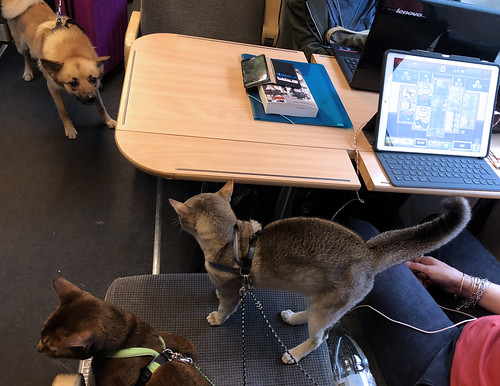 I love how upset, offended, even, that Logan is about the presence of a dog on his train. Meanwhile, Jake is like, meh, whatever. Dogs, man, what are you gonna do? They’re everywhere. 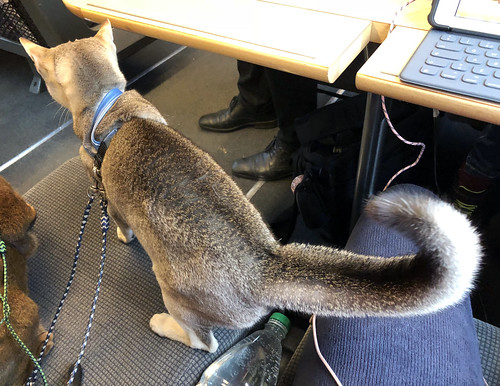 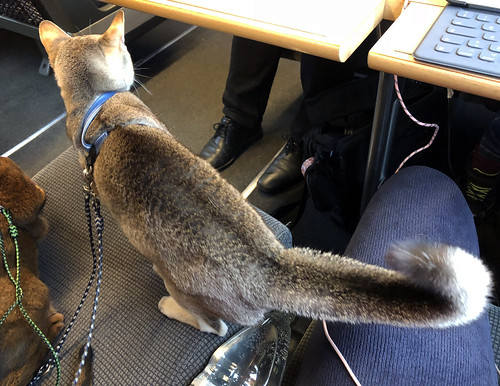 No, I mean it…Look at it! I’m pretty sure he’s seen dogs before. I guess he just hasn’t ever see a dog on a train.