The beginning of March is a big deal chez Hellqvist. Not only is it the anniversary of Björn writing the letter to me that started all this Swedish stuff, it is also Kalle’s, Logan’s and Björn’s birthdays. 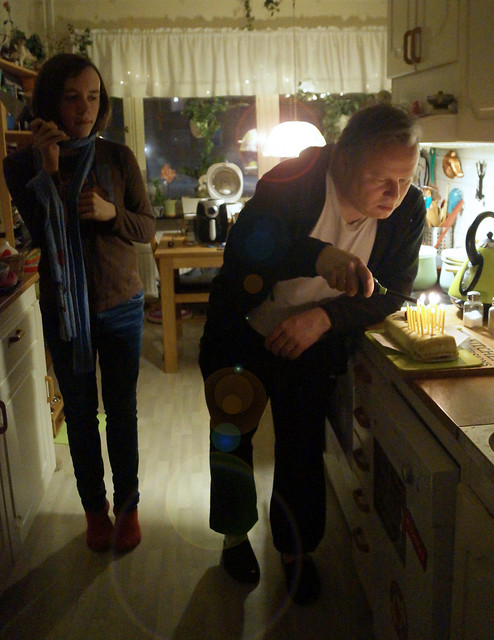 All in a row like that, too. Kalle’s is the 7th, Logan’s is the 9th, and Björn’s is the 10th. In fact, Logan’s birthday is one of the “signs” that lead us to getting him. 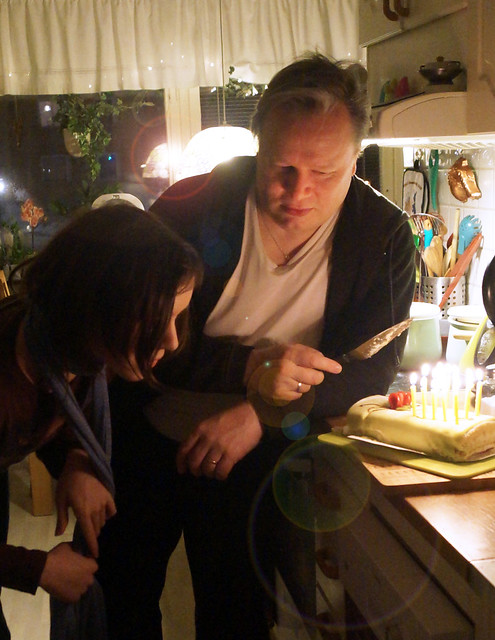 Usually, Björn makes a fabulous cake, but then, we usually have a big party with all the family over for dinner. Since we had a quiet birthday weekend at home this year, Björn bought a ready-made prinsesstårta instead. 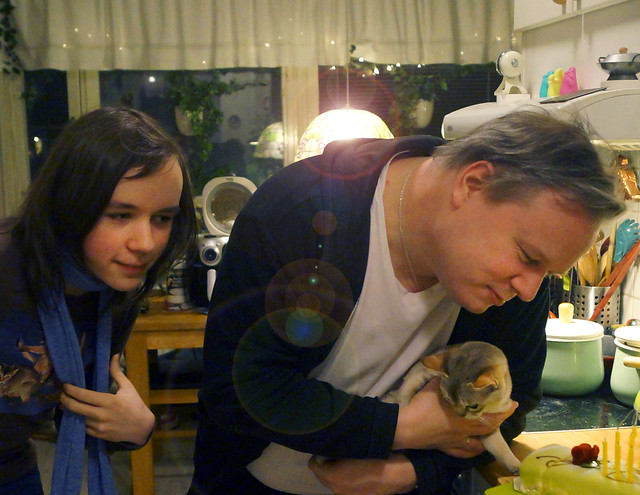 After the candles were blown out, Logan wandered into the kitchen, so I snapped some photos of all the birthday boys. 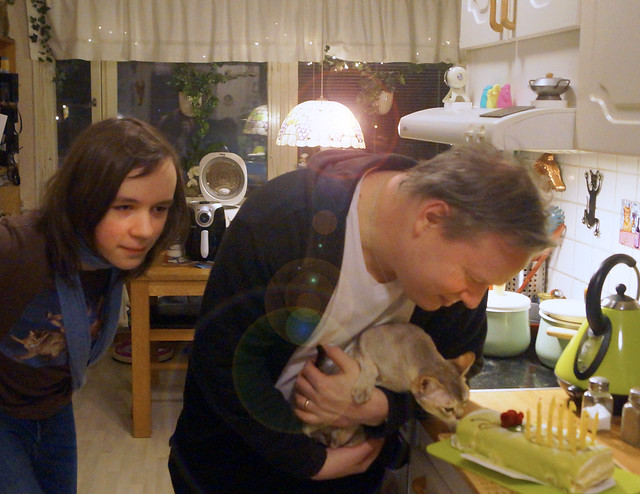 Logan was interested in the cake…but Singapuras aren’t as food-obsessed as Abys are.

Sidenote…Ha! I just noticed that prinsesstårtor are the same colour as our boiling kettle! 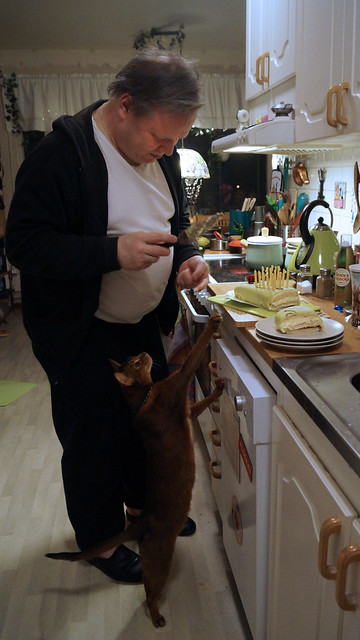 When it was time to cut the cake…guess who came in to co-opt Logan’s share? 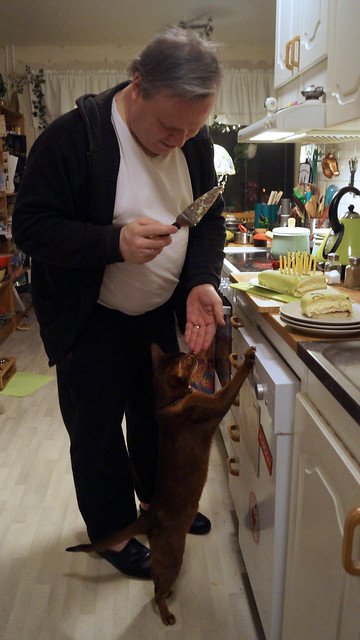 And yes, you know Jacoby, the baked-goods-lover, actually ate some of the cake!