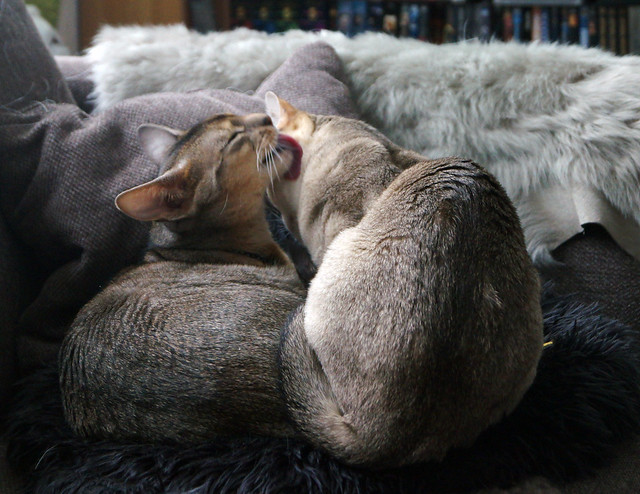 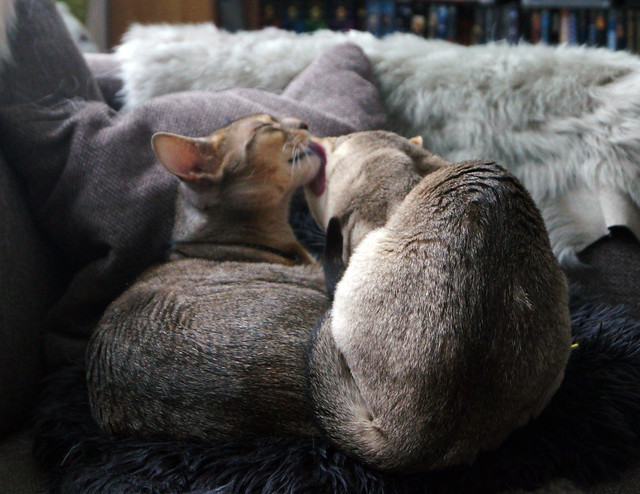 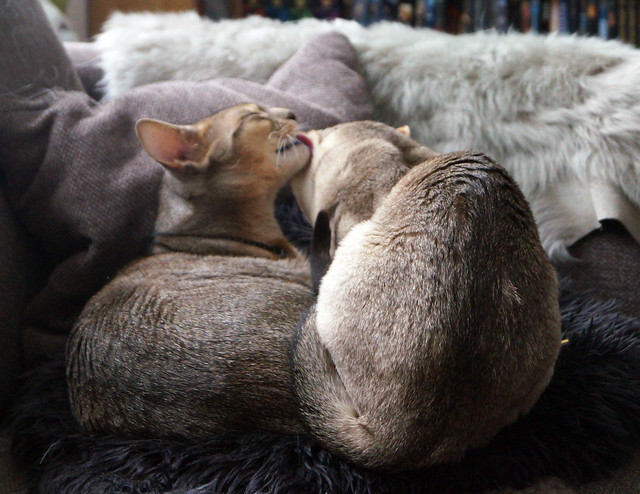 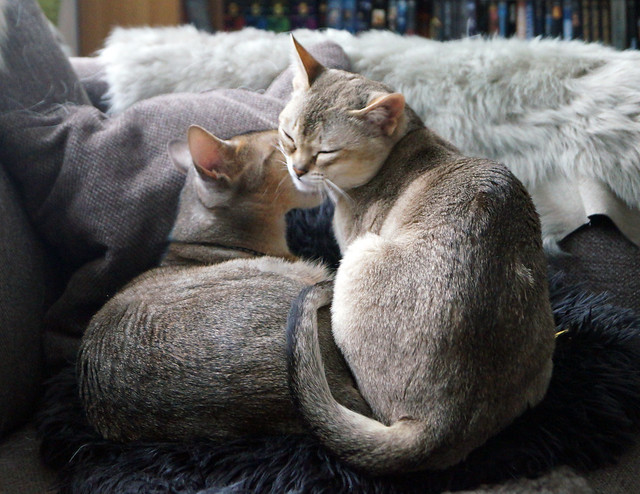 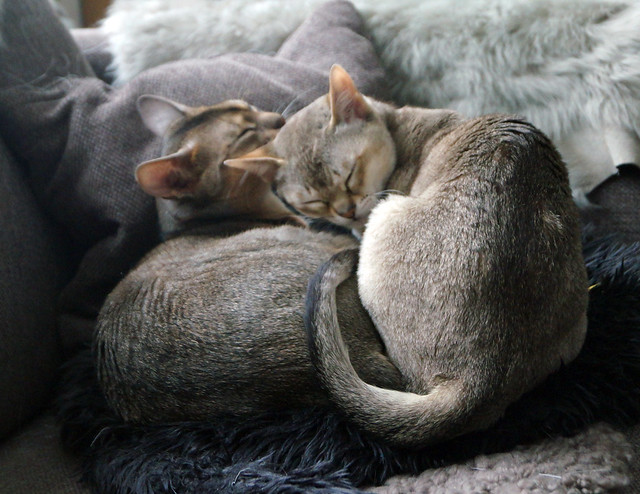 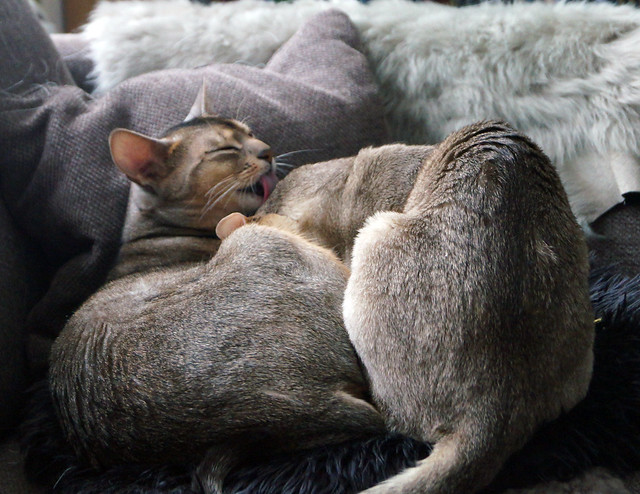 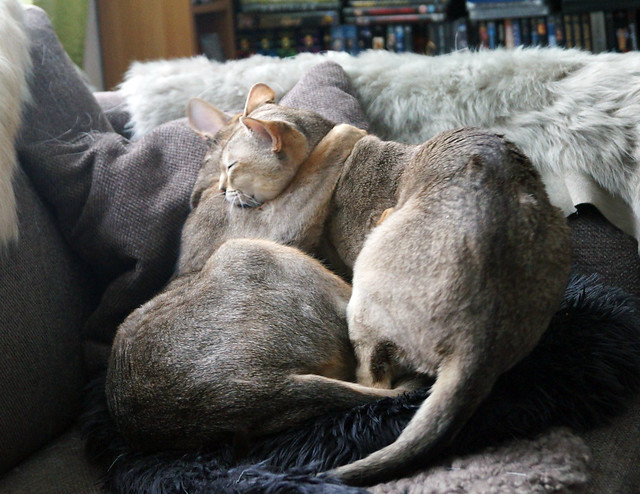 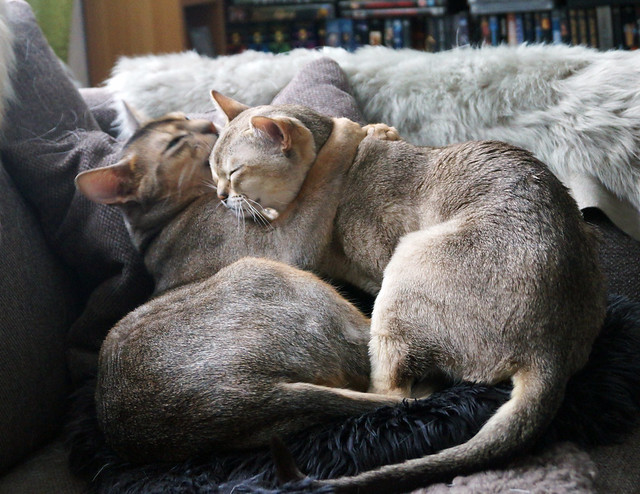 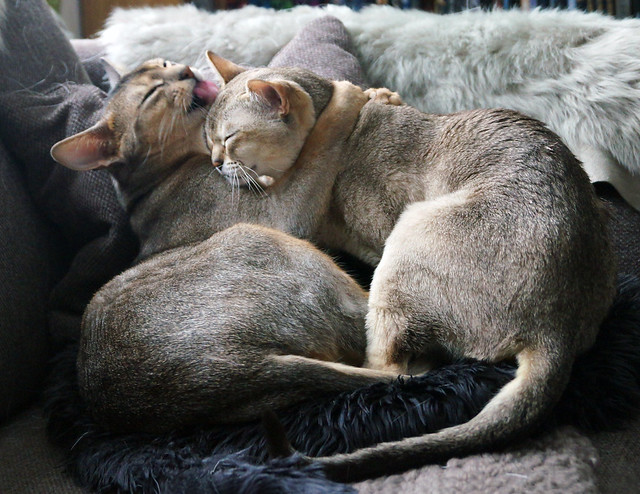 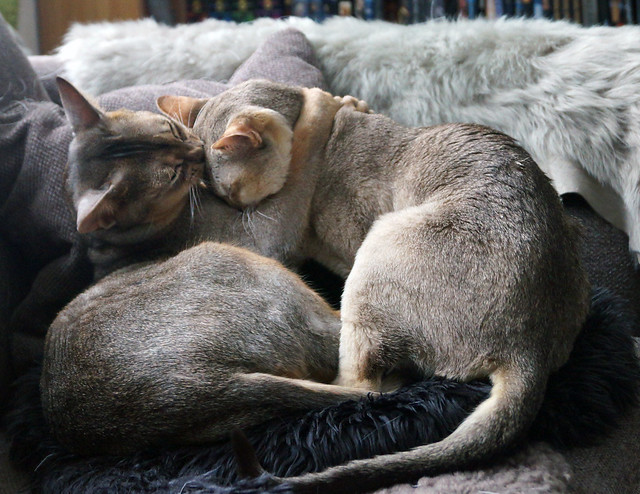 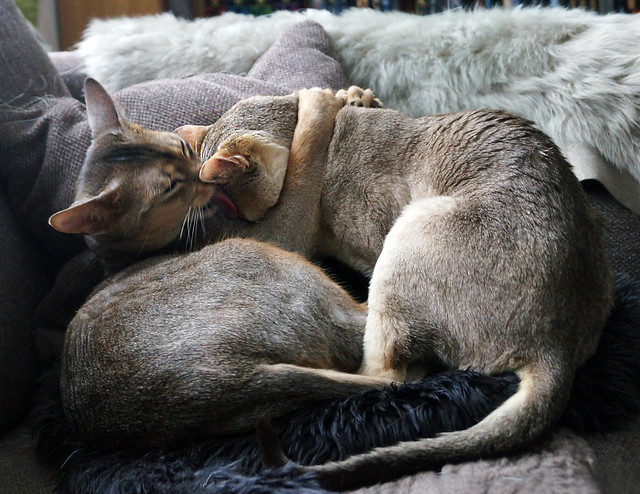 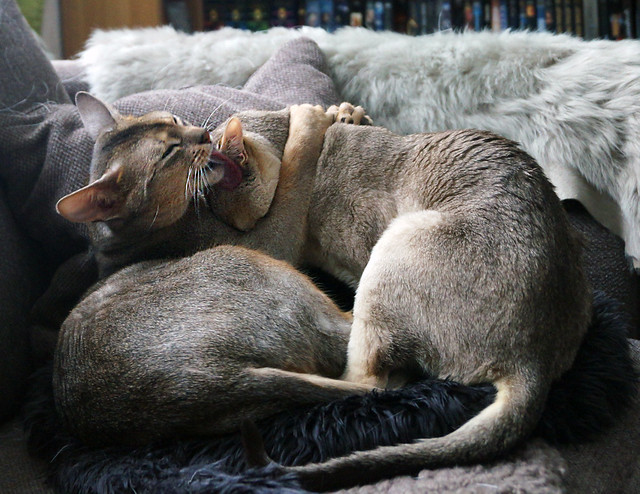 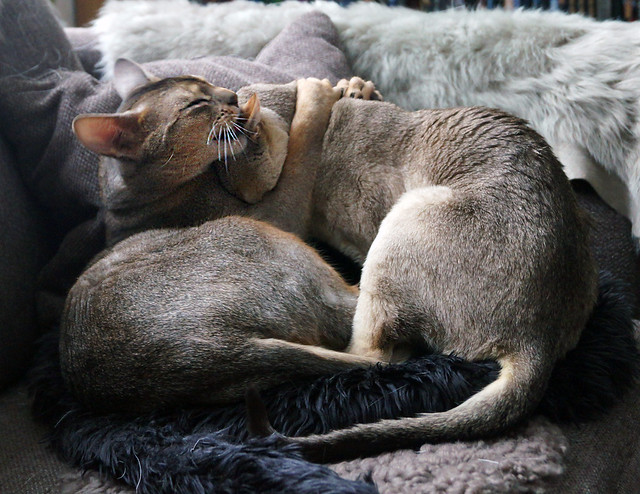 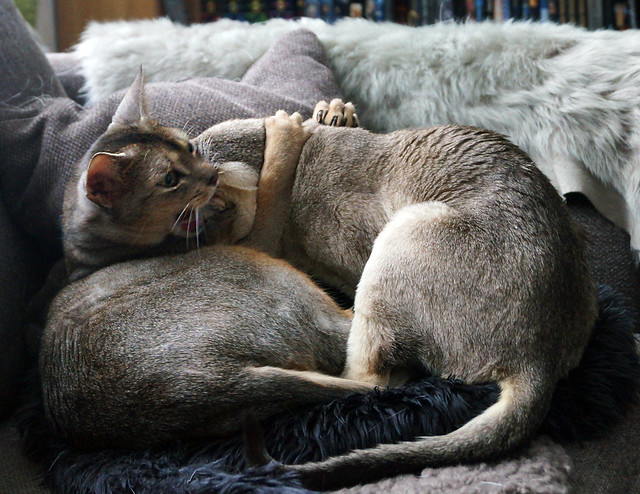 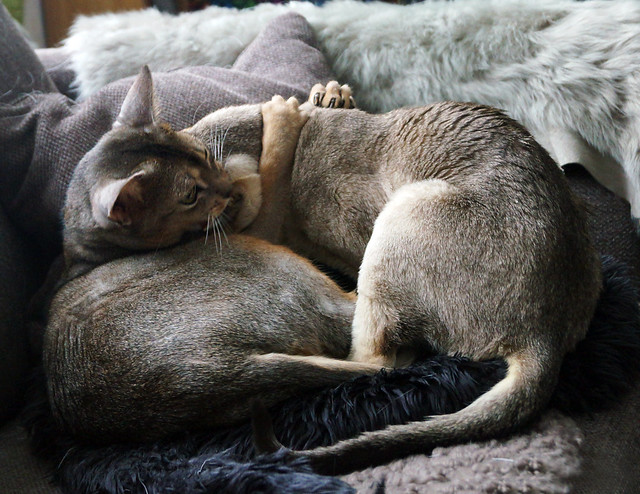 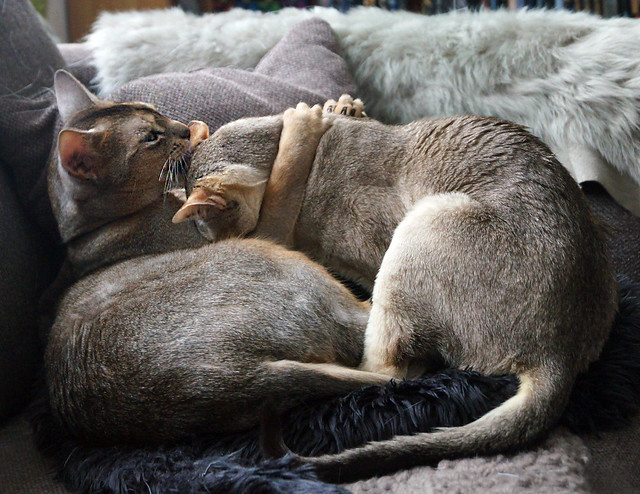 My friend Marsha posted a photo of a reproduction cigarette card featuring an Abyssinian the other day on Facebook. I actually managed to find an image of it in the digital collection of the New York Public Library!

Cigarette cards were the precursor to collectible cards in bubble gum packets, and date back the 1890s, when cigarettes were wrapped in paper packets instead of boxes. Manufacturers began inserting pieces of card to protect the contents, quickly realising that these would be useful for advertising their products. Soon this evolved into sets of cards featuring various things of interest, in the hopes that smokers would want to “collect them all” and continue to buy that brand rather than another.

Usually, they were marketed to men, and so featured sports players, pretty actresses, trains and ships…but there were some animal-themed sets as well, including a 24-card set of different British breeds of cats printed in 1936 by Player’s Cigarettes.

The originals are not dated, but these were reproduced in both 1986 (with blue ink and the Imperial Tobacco Ltd. logo on the corners)…

…and in 1997 (this time with red ink). Therefore they are not hard at all to find, especially from UK sellers on eBay. I got this one for about 80kr (less than $10 USD) including shipping.