Björn has written another post for me, this time about our cat show career. He is such a great help to me at shows, and he’s better at talking to the spectators than I am! I am so glad he doesn’t hate going to shows with me. 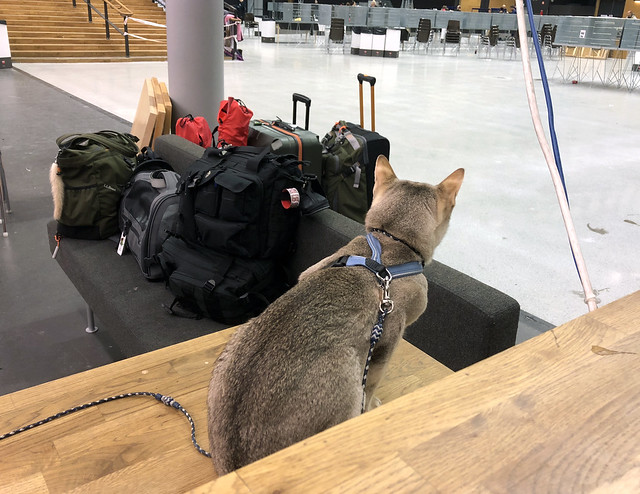 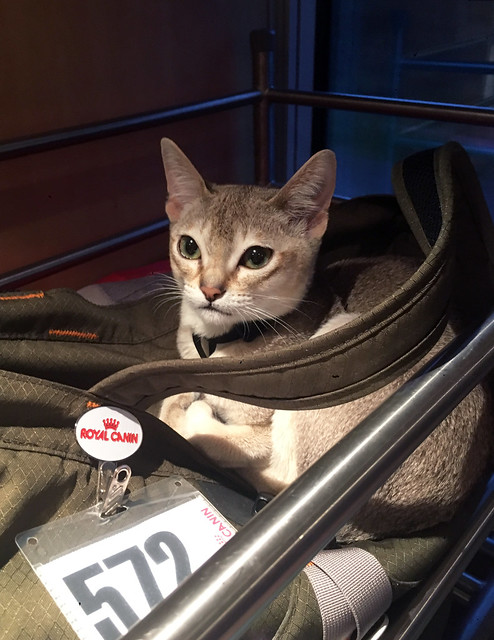 Dogs have masters. Cats have servants. And show cats have an entourage. Since Koshka moved to Sweden, I’ve become sort of her tour manager. 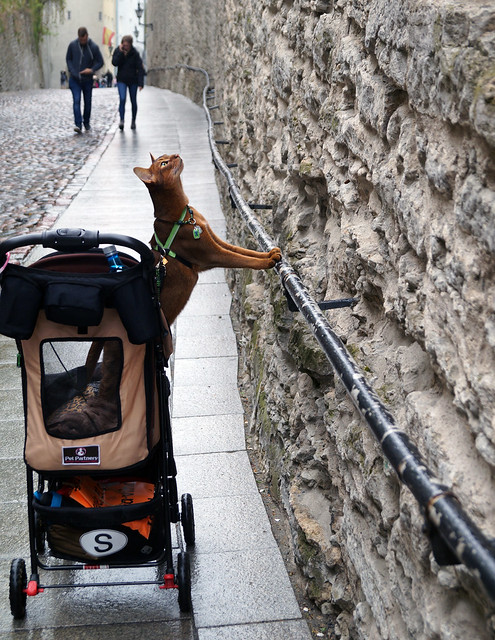 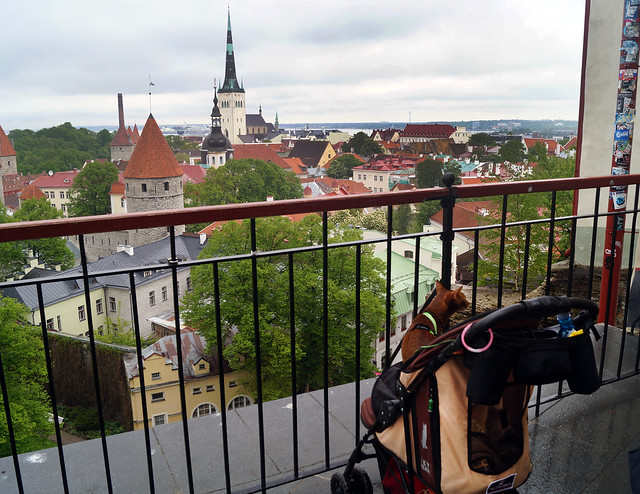 We’ve been to shows both in Sweden and abroad (Finland and Estonia thus far) with both Logan and Jacoby, and I’m usually the one who books hotels, tickets for trains and ferries, and rent and drive a car if one is needed. 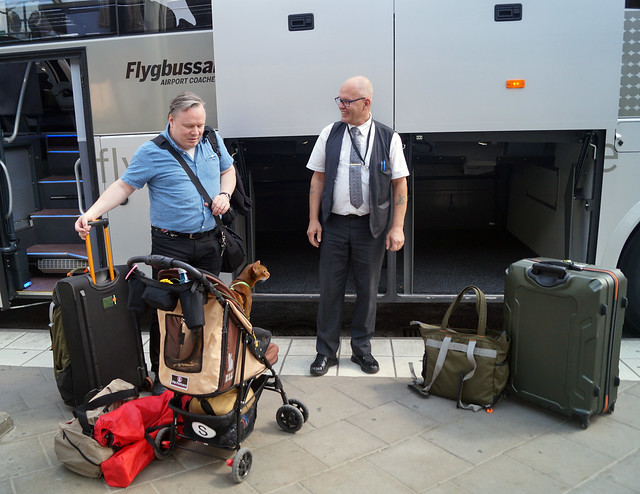 Hauling all that luggage (one big bag for the cat, and one for us, plus a few smaller bags) is too much for one person, so that’s another task. 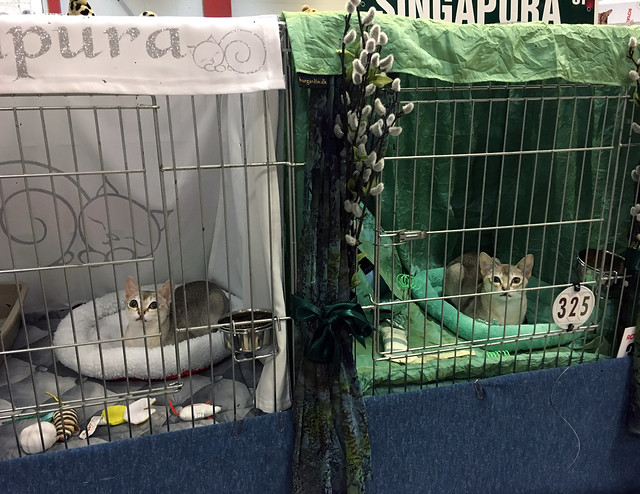 Then, at the shows, it’s the usual setting up to do. That’s pretty much Koshka’s thing, as she has done it so many more times before. Once the show starts, I’m still bewildered by what and when things are supposed to happen, but I think I’m getting the hang of it. 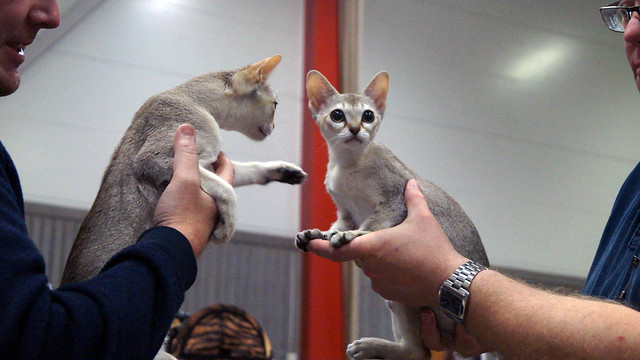 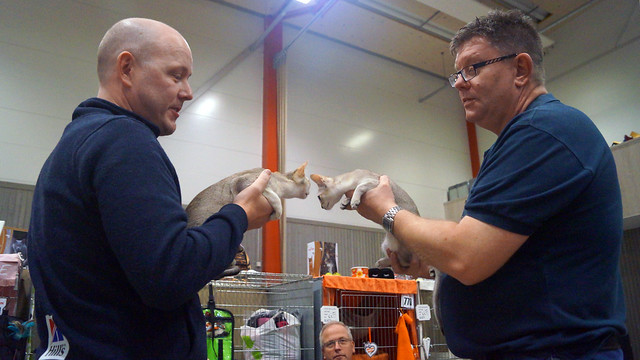 I take it that men are in minority in the world of cat shows. There are the judges and breeders, the spouses (enthusiastic or suffering), and the occasional single guy with his cat. As we go to a show on average once every two months, it doesn’t get boring. What is fun is to go to new places, meet new people, and to stay at a nice hotel and go to a good restaurant. 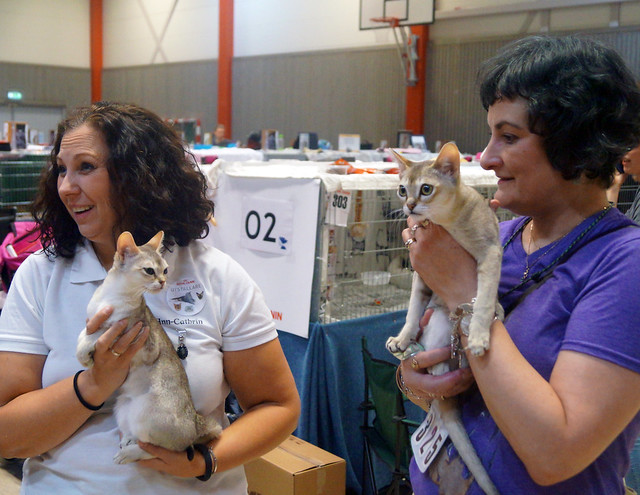 Also, as I have come to know Jake and Logan, I have become more invested in their success. After all, no one goes to a show just to display your cat and chat with the neighbor! 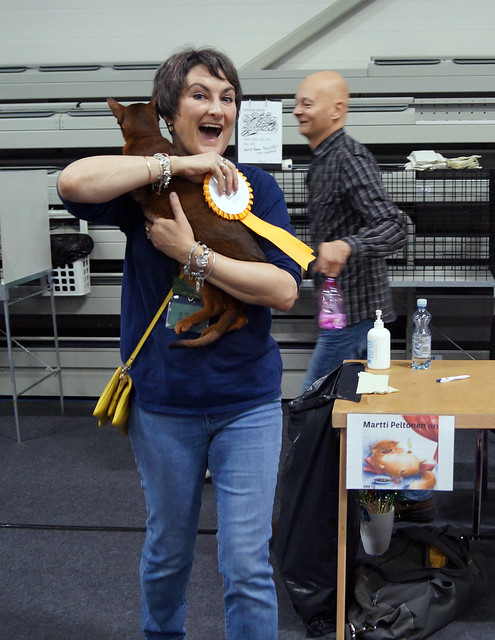 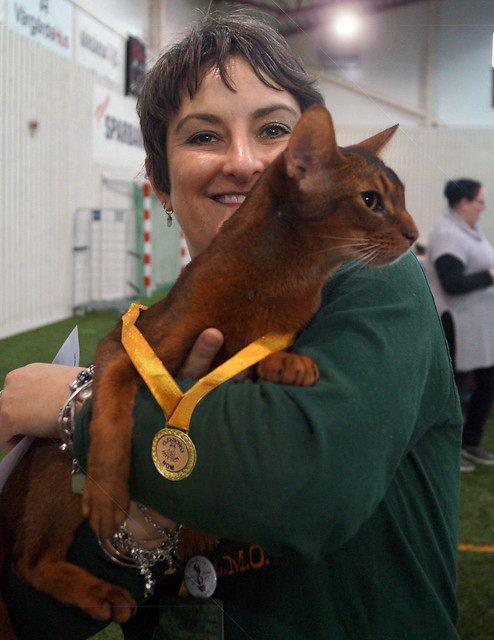 While I’ll never have the cat show circuit as a lifestyle, I’m not doing this to indulge my wife, but to do something that I’ve come to enjoy. 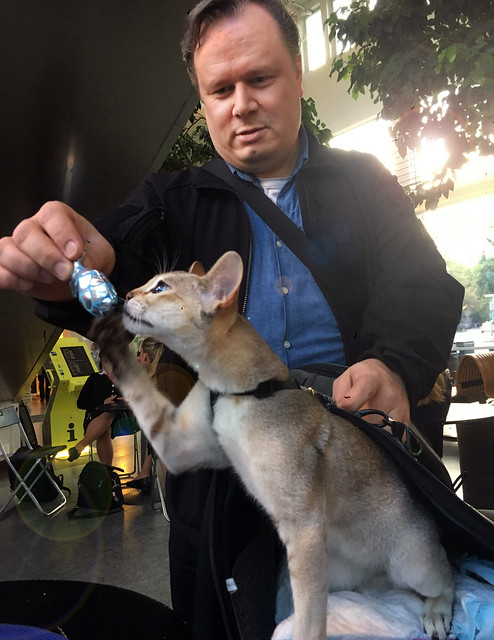 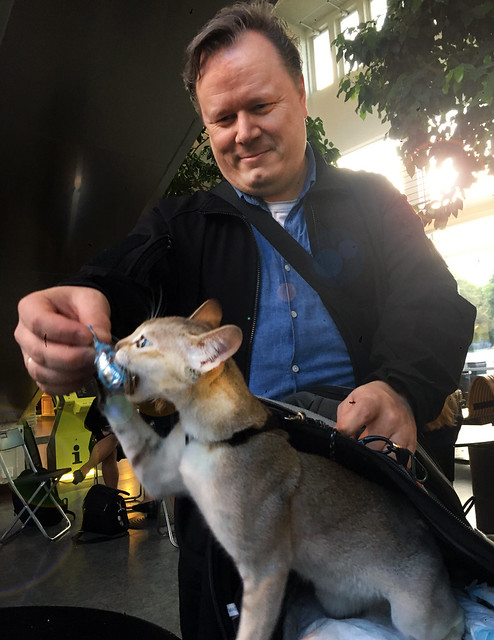 After all, we do this at the pleasure of our feline overlords, right?