This is the fourth installment of posts about Alfred’s family. I was lucky enough to get to meet both of his parents, all of his littermates, and some other relations as well. Today we meet Alfred’s father and his cousins. Last week’s post is here. 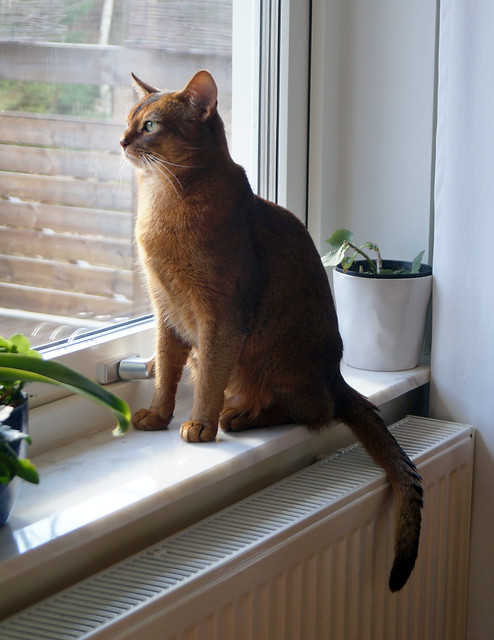 Freddy’s father is an absolutely stunning ruddy named SE*Maghreb’s Snusmumriken. Of course, his father’s awesome ruddiness is also part of the reason why Freddy is so dark for a black silver Aby. 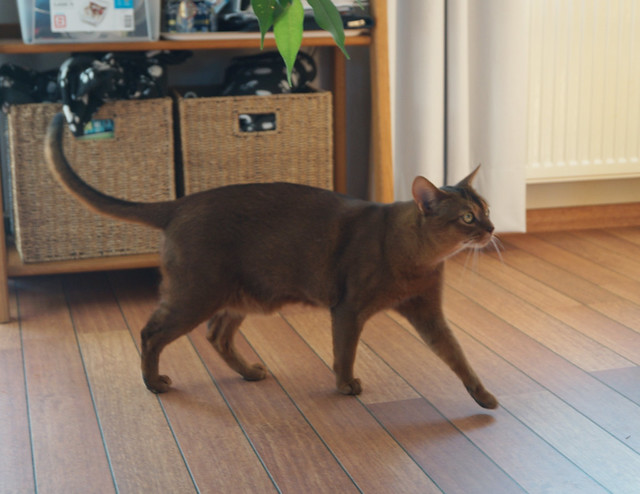 He is also a poser, like Jacoby. He knows how handsome he is! 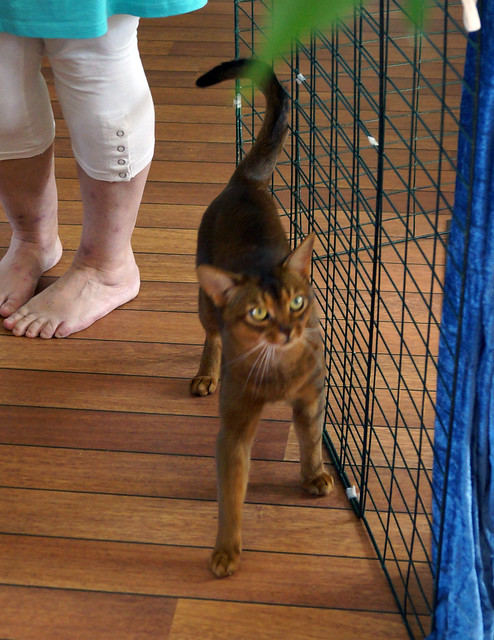 Snus is also super friendly, which has definitely rubbed off on our Freddy. 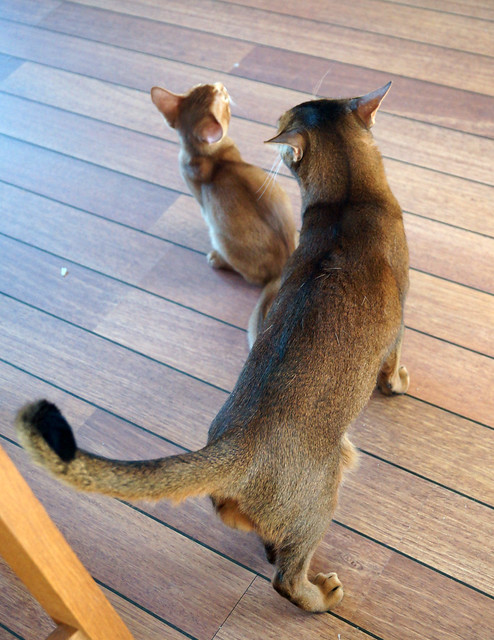 He’s also brilliant with kittens. Which is lovely; not all tomcats are. 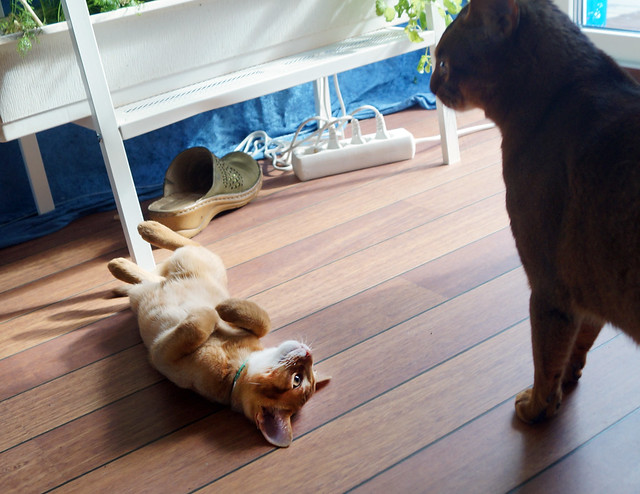 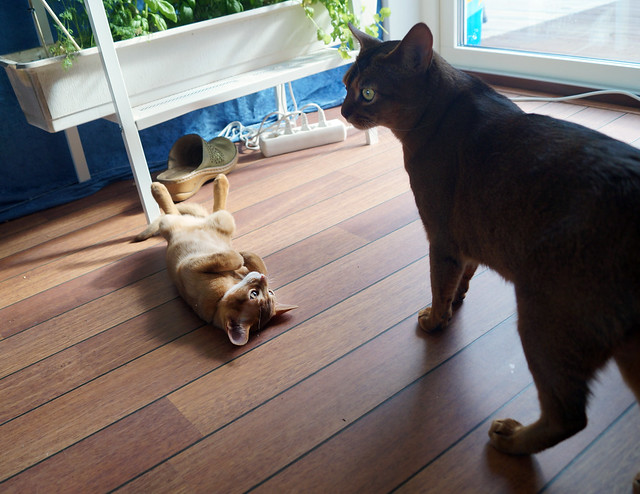 Especially when the kittens aren’t theirs! These cute sorrel babies are actually Snus’ sister’s kits. 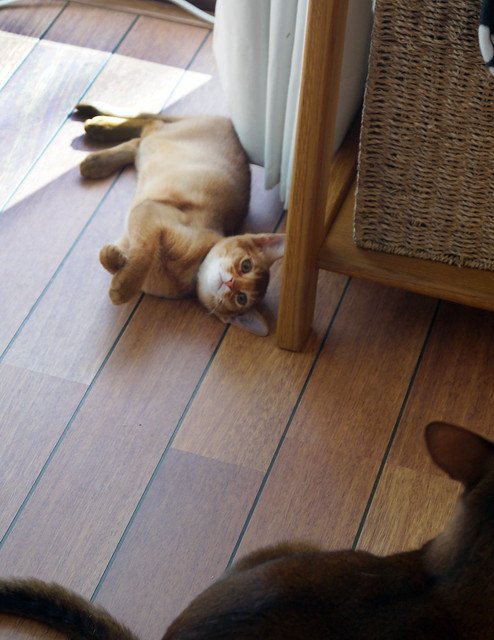 It reminded me a bit of watching lion cubs play with the big male lion. 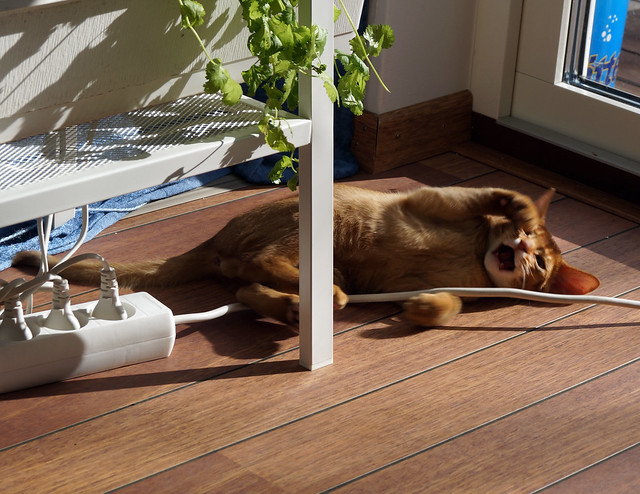 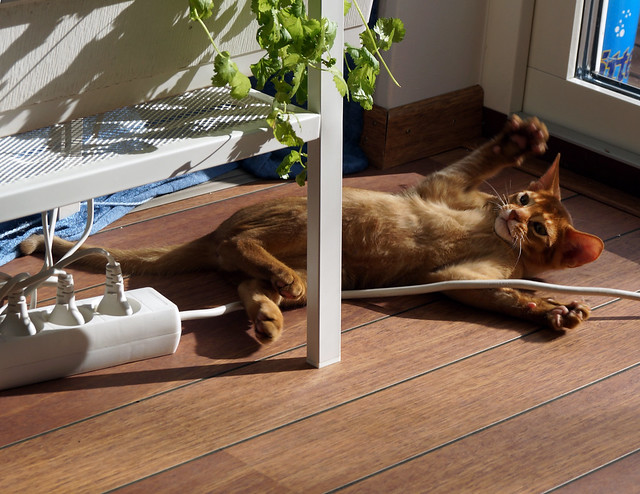 Those cousins were pretty adorable, too. Either playing alone… 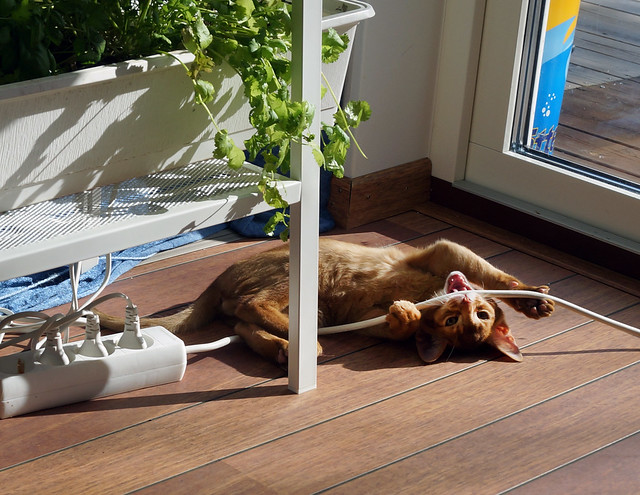 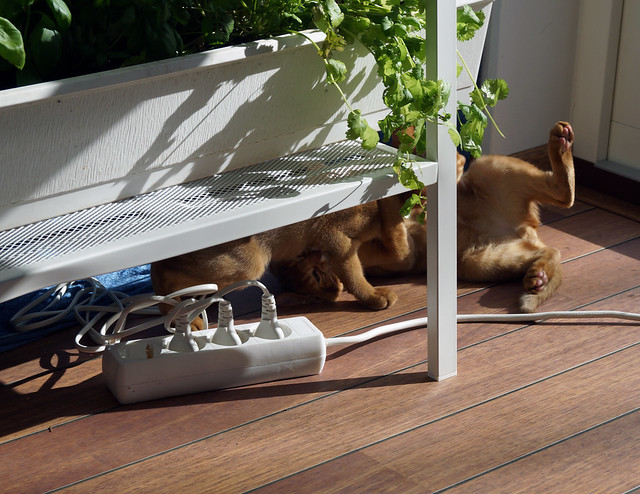 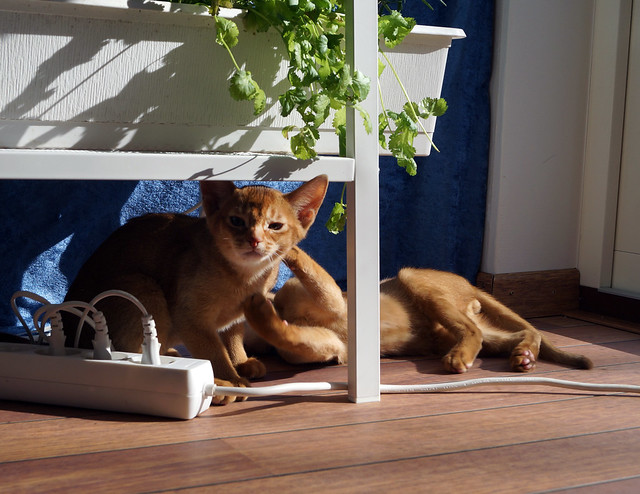 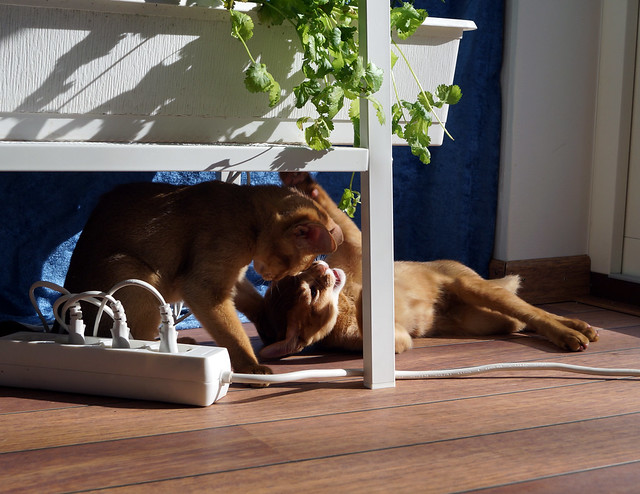 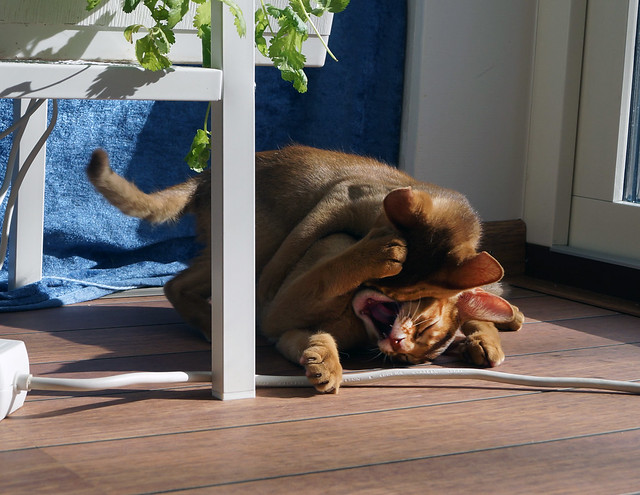 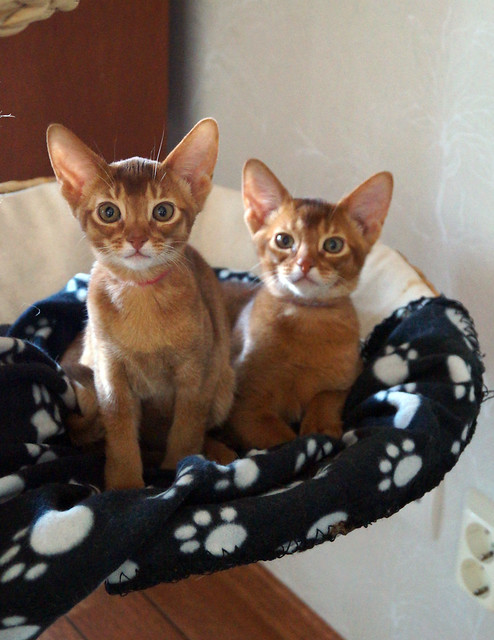 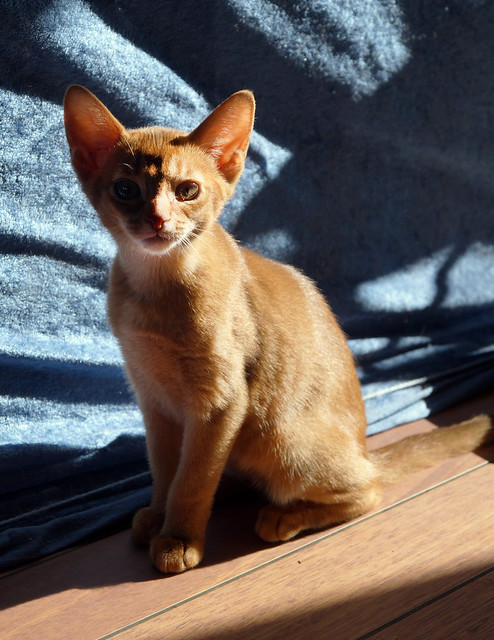 The cousins were also supremely adept at posing, just like their father. 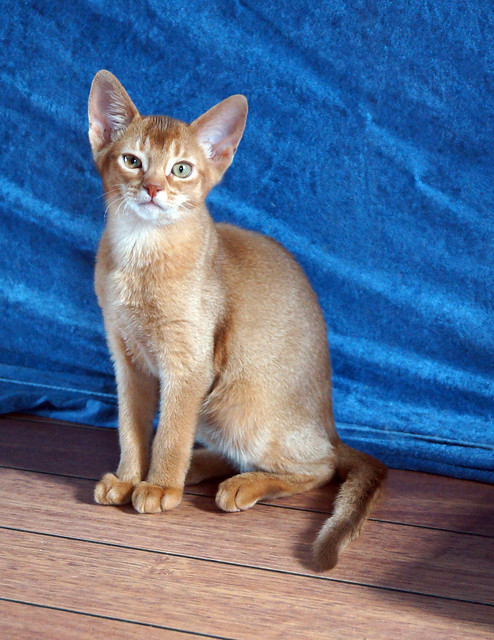 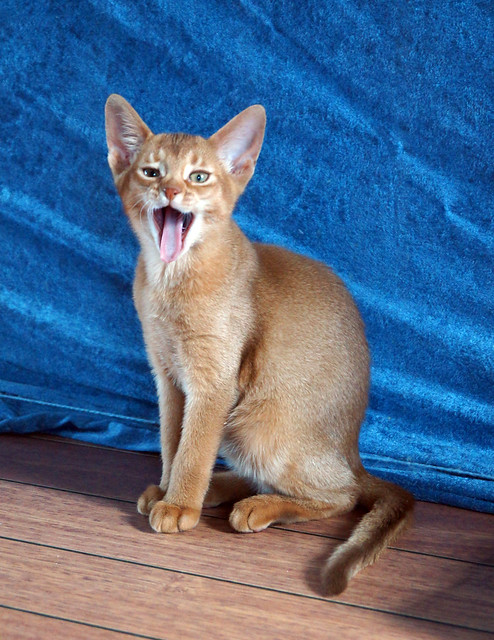 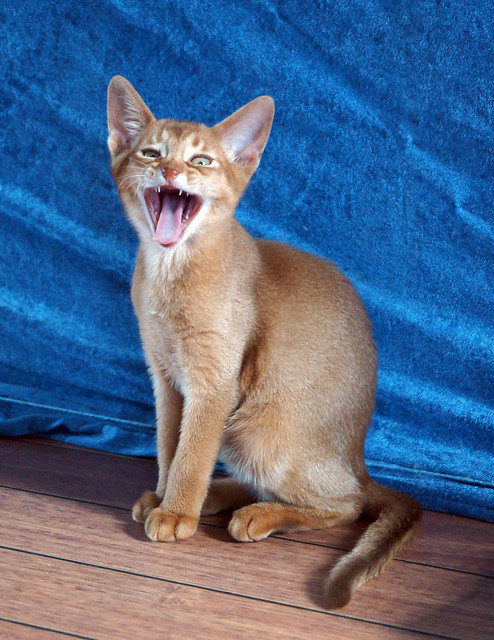 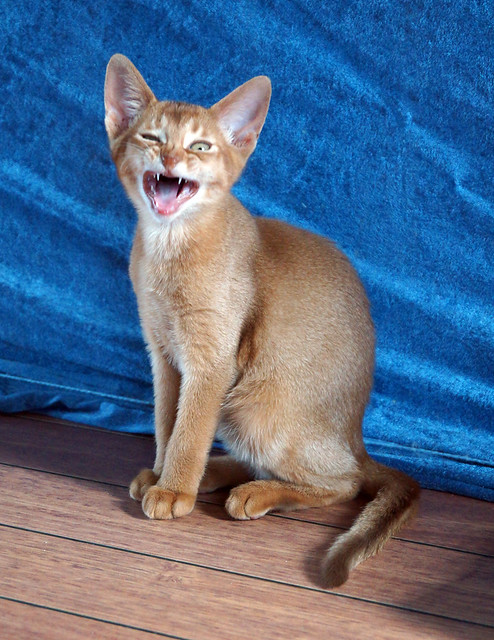 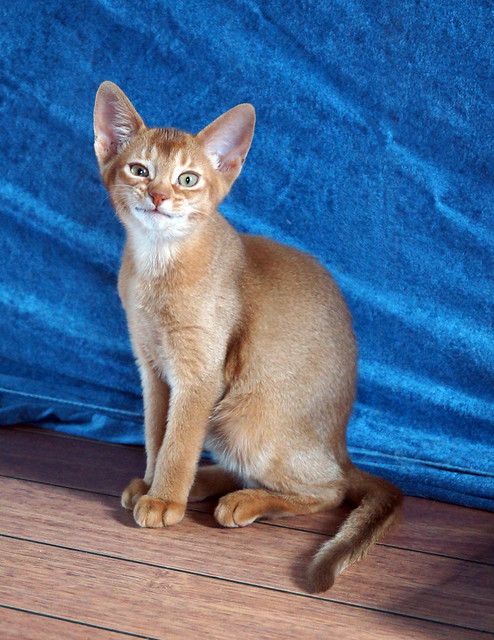 But it was so much fun and such a special opportunity to meet so many members of Freddy’s family! Not often you get the chance to do that.