Ever since we moved to Sweden, Angel has been blossoming. Always the low cat on the totem pole with Tessie and Kylie back in Boston, she was bullied and hid…a lot. She didn’t do herself any favours by, as Jackson Galaxy says, “acting like prey” when they went after her…which only made them bully her more. She is stronger than either of them; she could have easily kicked both their tails. But she never did. 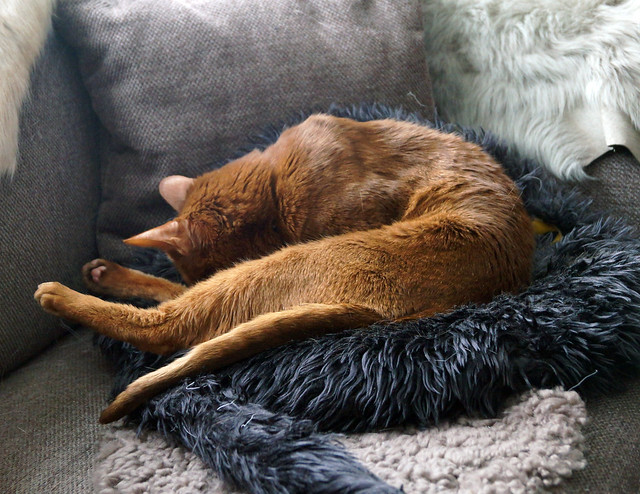 Cats tend to be matriarchal, with the oldest female being the dominant cat. Moving away from Kylie and Tessie made Angel the second oldest cat in the household. Pyret was the oldest…but Angel, with her history of being bullied, she wasn’t about to challenge the queen. 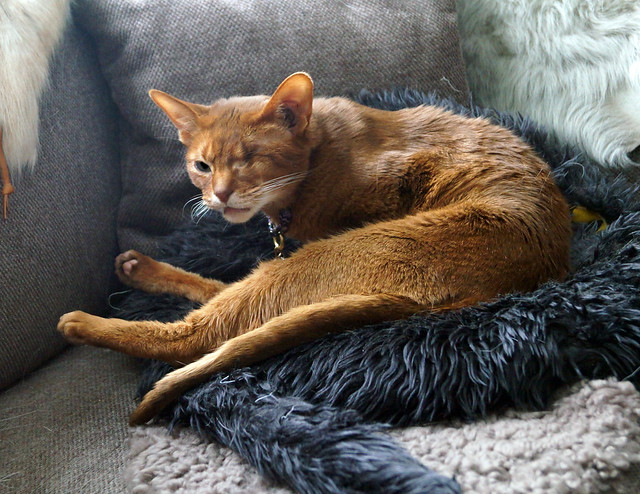 And now that Pyret has left us, Angel is top cat. And she’s still getting used to that. So every time she walks through the middle of a roon, every time she plays in the sun, every time she acts like a normal, pushy Aby…it’s wonderful. Like the other day, when she owned this bed usually slept in by Pyret, or the boys. When the sun is just right, the light is wonderful. 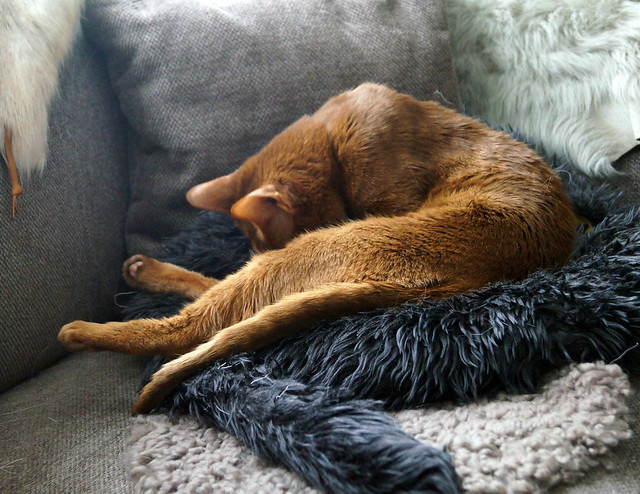 After the camera distracts her, she goes back to grooming… 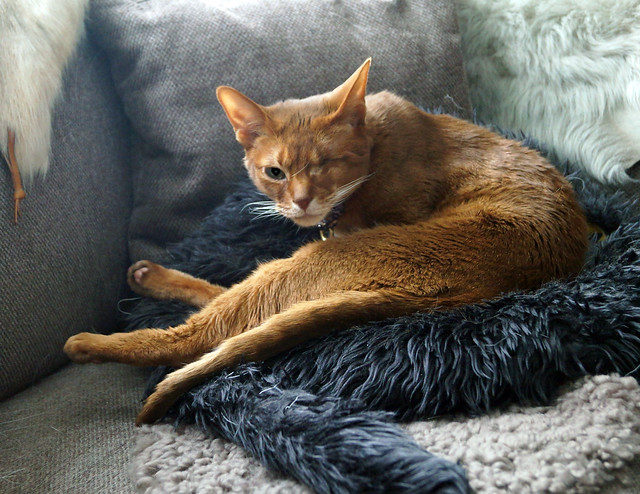 “Are you STILL taking my picture? 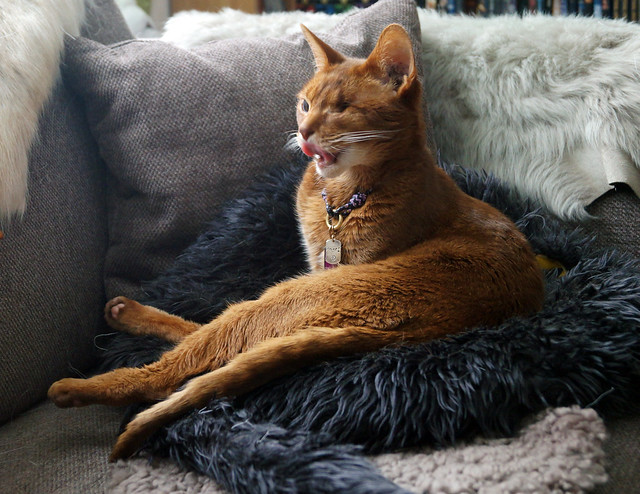 Something flew by outside, catching her attention mid-tongue. 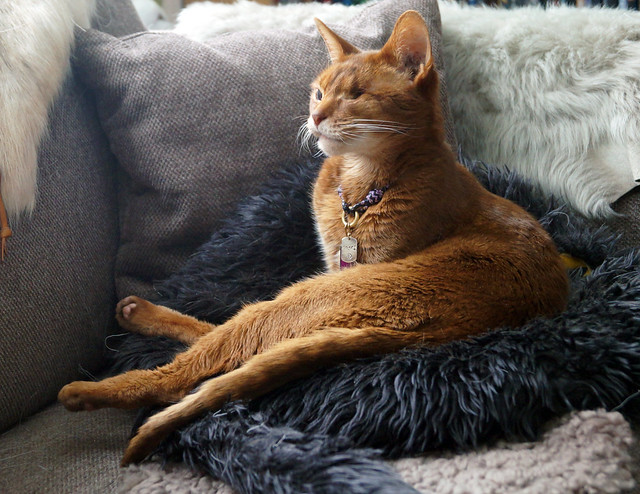 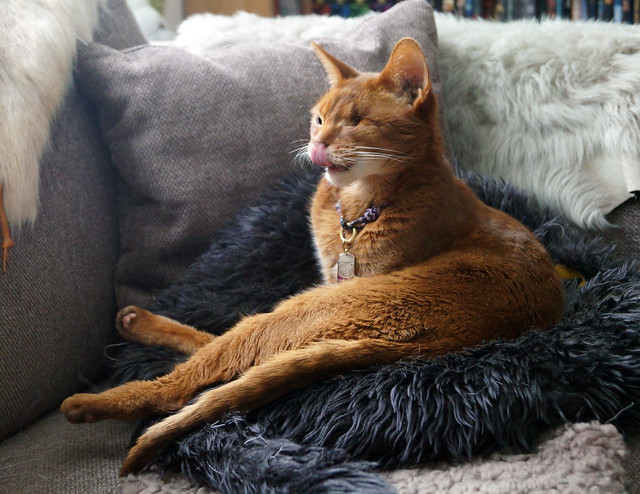 Visions of sugarbirds dancing in her head, no doubt. 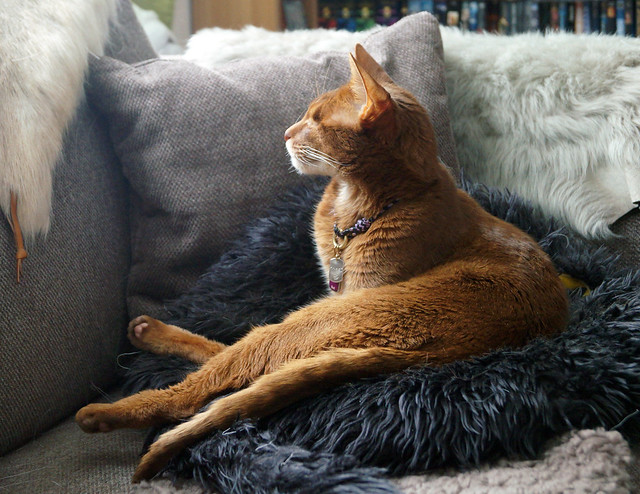 Every day she is just a little more…Abyssinian. 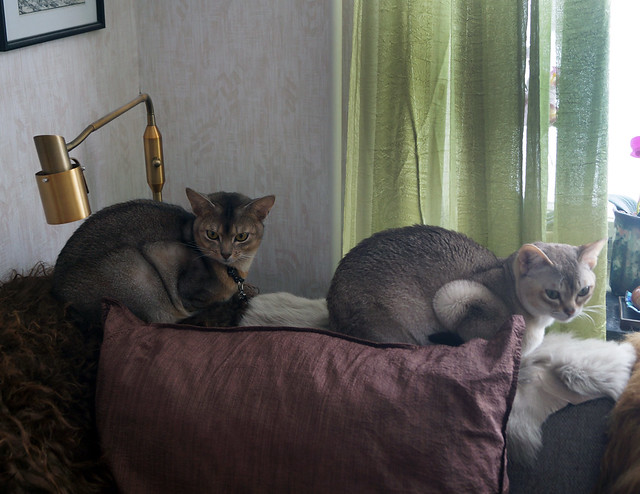 That IKEA cat bed is very popular. Logan and Alfred are very politely waiting their turn (although if Freddy weren’t there, Logan would go and “share” the bed with Angel).