Logan joined StarClan yesterday around 17:20 in Jönköping. Alfred and I were with him at the end. He was killed by FIP, ten years after my first Abyssinian, Gun-Hee, was murdered by the same virus. Ten years of research, and we still lose our cats to this horrible disease.

I have a lot to process (and not just photos)…but I will tell the whole story over the next few days. But to summarise, after the judge at the Winners Show said she thought Logan was thin, I weighed him as soon as we got home. And yes, Logan had lost weight since the last time he’d been weighed (I weigh all the cats every other week, when I clip claws), so I took him to our vet here in Skövde. I called on Tuesday, and the first appointment we could get was on Friday. They ran blood tests, but we didn’t get any results until very late Monday night, and the rest of the results came in Tuesday afternoon. They said he needed to go to the nearest big animal hospital, which is in Jönköping, an hour train ride from Skövde. So on Wednesday, Logan was admitted for more tests, feeding and hydration, and a possible biopsy. For a while, we thought it might not be FIP, since he had enlarged lymph nodes and anemia, and didn’t show the classic signs of FIP, like the swollen belly that Gun-Hee had. But on Friday the 13th, after they opened his abdomen up to surgically biopsy his mesenteric lymph nodes, they found the tell-tale fluid in his abdomen. It was a jelly rather than free fluid, which is why is wasn’t so obviously FIP. 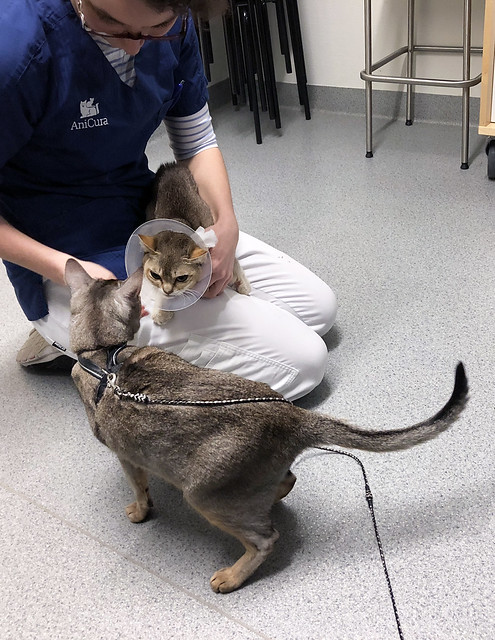 So on Saturday, Freddy and I took the train to Jönköping to say goodbye to our friend. Phillippa the vet tech brought him into the room and Freddy went right over to him. 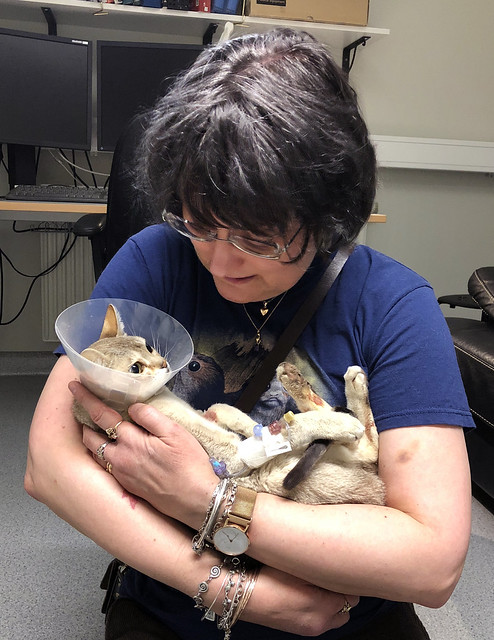 Then I got to hold him. I wore my Porg shirt because they always remind me of Logan. 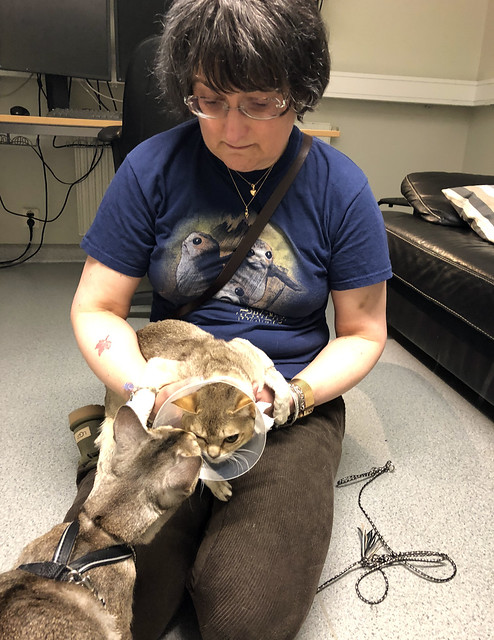 He didn’t like being held on his back, so I turned him over and Freddy was back to check on him. 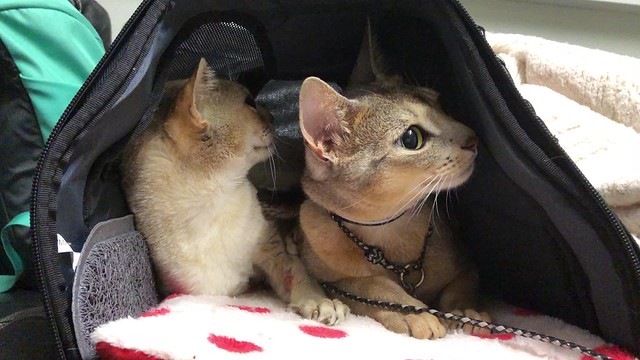 Freddy went back into the carrier, and the sweetest thing happened. Logan started squirming in my hands. I wasn’t sure what was wrong, but the tech exclaimed, “Oh! He wants to go into the carrier with Freddy!” And he did. I made a short video of the two of them (click the above image to view); Freddy hissed a little at Logan’s funny smell, but they cuddled together like they always have. 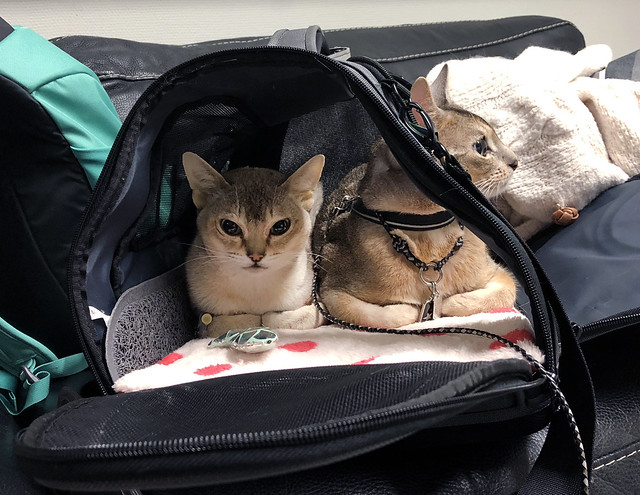 Up until that moment, I thought I brought Freddy to say goodbye to help Freddy deal with the loss of his Brother From Another Mother. But bringing Freddy was as much – if not more – for Logan. 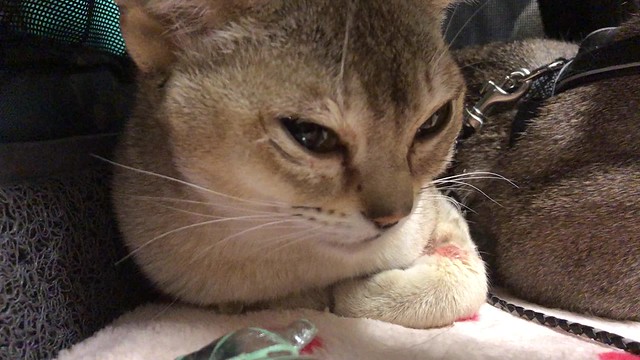 Turn up the volume…Logan was so happy to see Freddy and me he was purring! (Click image to play.) The tech was called away for an emergency, so we had a little more time together. Logan was so tired, though. 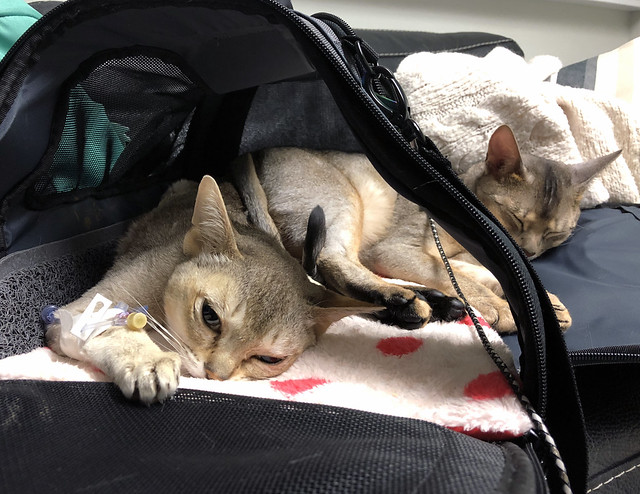 Finally, the tech returned and the sedation and final injection process began. We stayed with him until they confirmed he was really gone.

My heart has joined The Thousand, for my friend has stopped running today.

Goodbye, my little dollbaby. May StarClan light your path. May you find good hunting, swift running, and shelter when you sleep. There will soon be a new star in the night sky.