On Wednesday, 11 April, Logan left home for the last time. 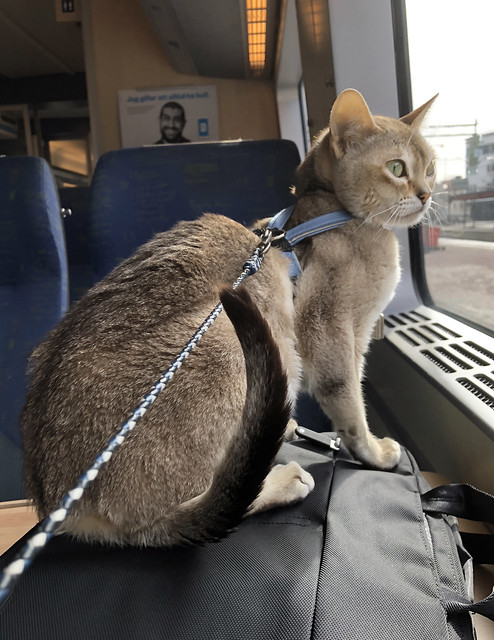 We took a 15:55 train from Skövde to Jönköping to see the Djursjukhuset. Logan loved to look out the window on the train. 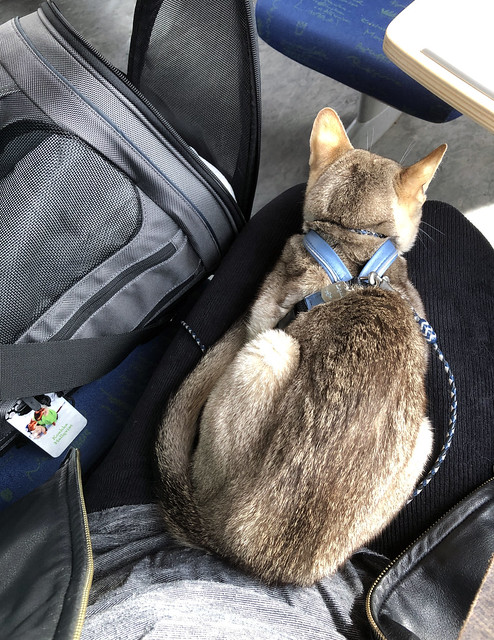 But he loved sitting in my lap even more. 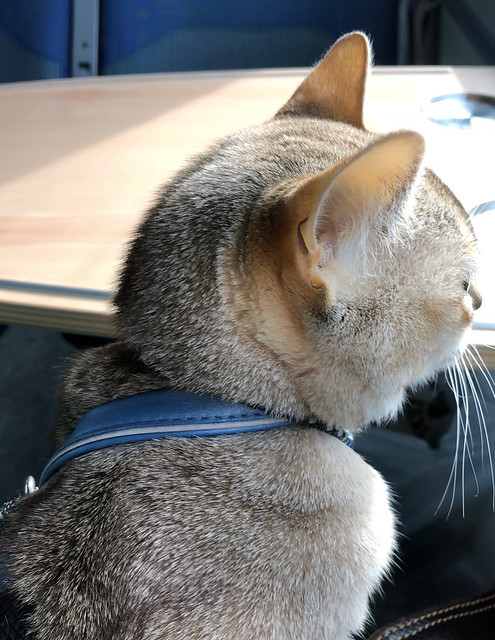 in Jönköping, there’s even a bus stop named for the animal hospital…how cool is that? 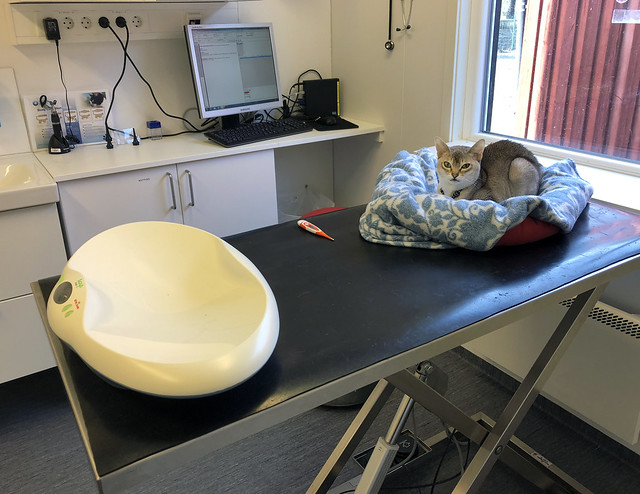 When we got to the hospital, they showed us into a room. Logan was weighed and had his temperature taken, and he was given a little bed to sit in. This hospital has a colour scheme to rank urgency: Red is life or death; Yellow is not quite life or death, but the nest best thing; Green is well…it might be serious, and it’s good you came in when you did; and Blue is you can come back tomorrow, you’re not dying. They told me that Logan was between Yellow and Green 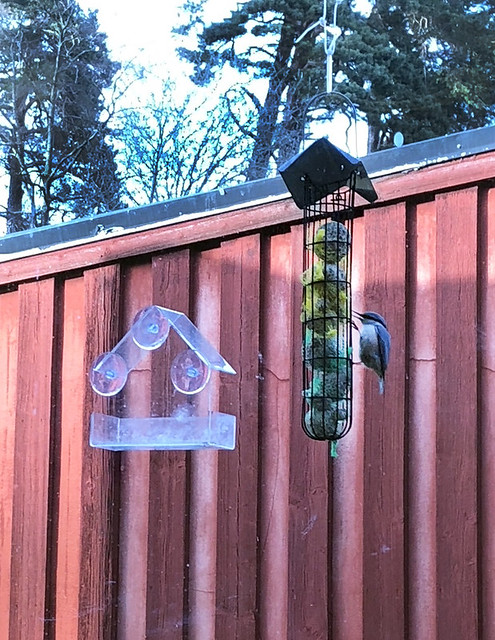 They had excellent Cat TV in the room we were in. This nuthatch was one of the actors. 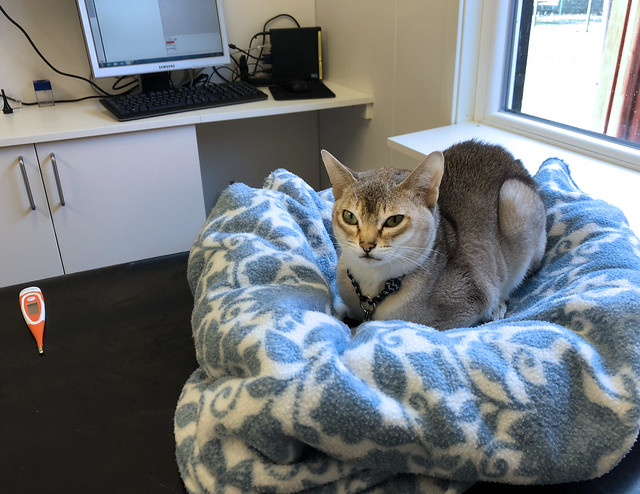 Logan liked the bed the vets made him… 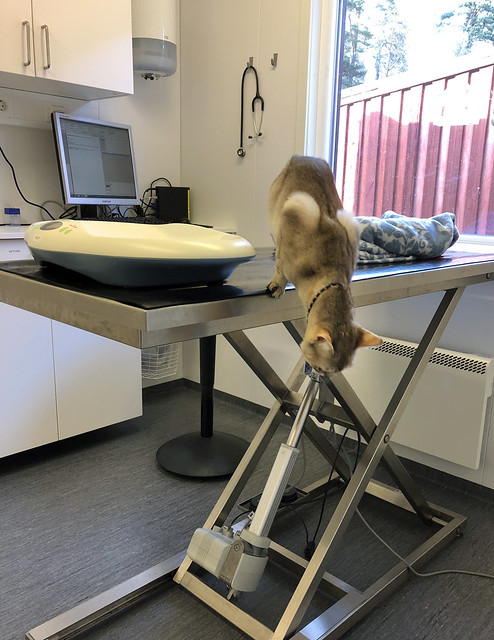 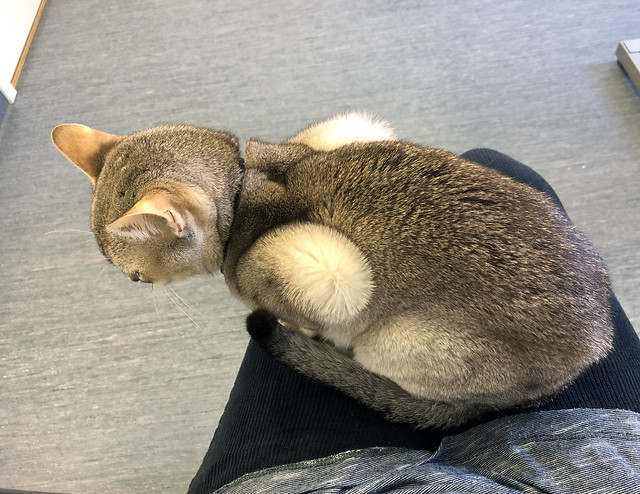 …no bed is as good as mummy’s lap. 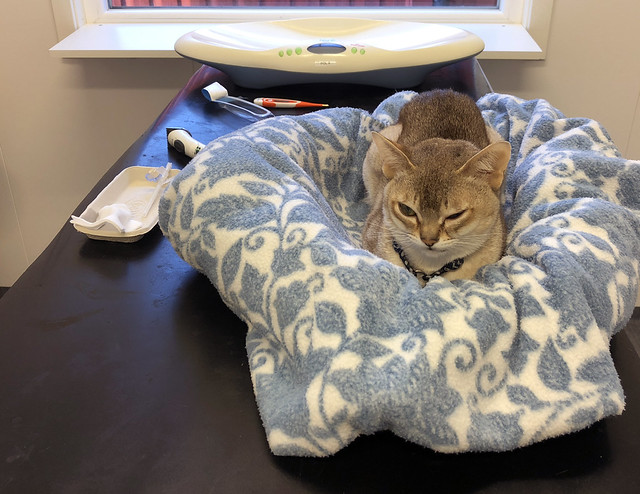 Then they came to take some blood samples and put in a catheter port. 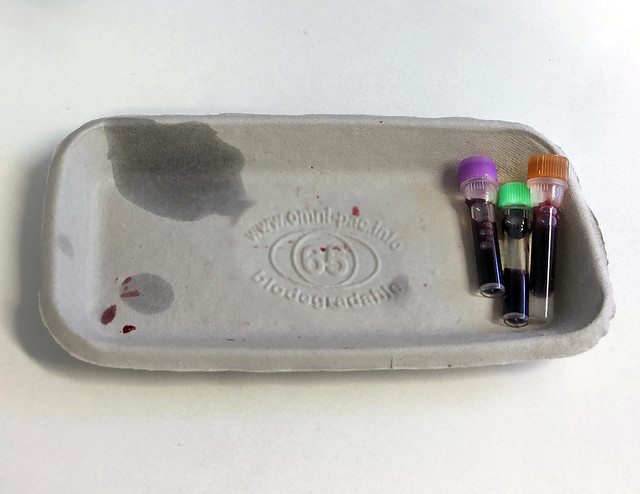 We got some…but poor Logan wasn’t happy about it. 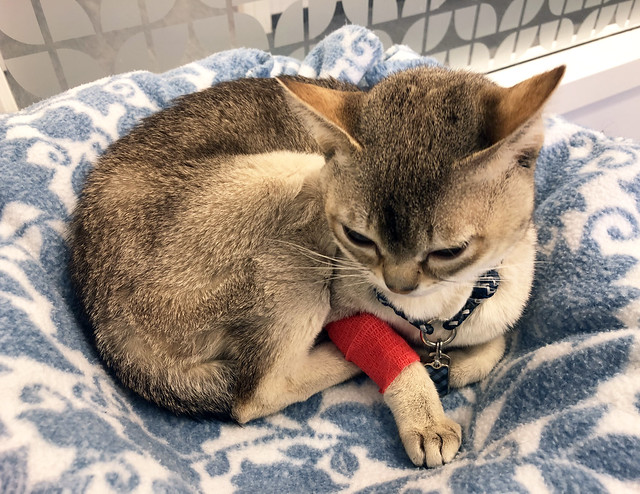 They put a red bandage on his arm. 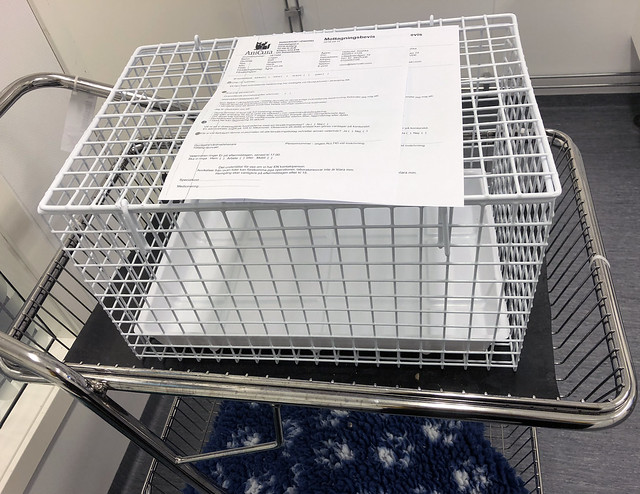 After some more waiting, the transport cage came to take Logan to his hospital enclosure. 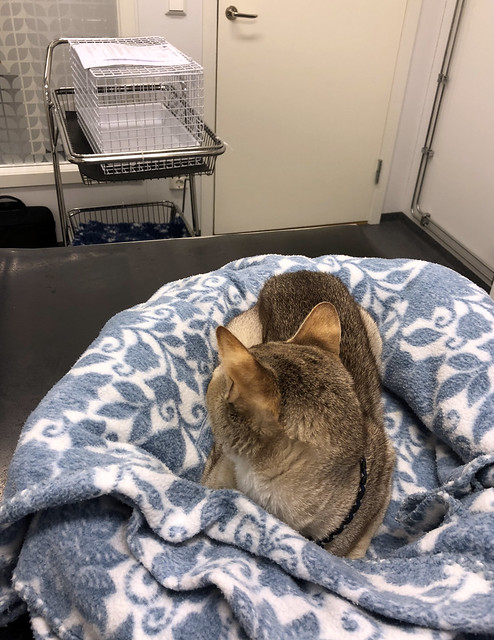 Logan was skeptical, to say the least. 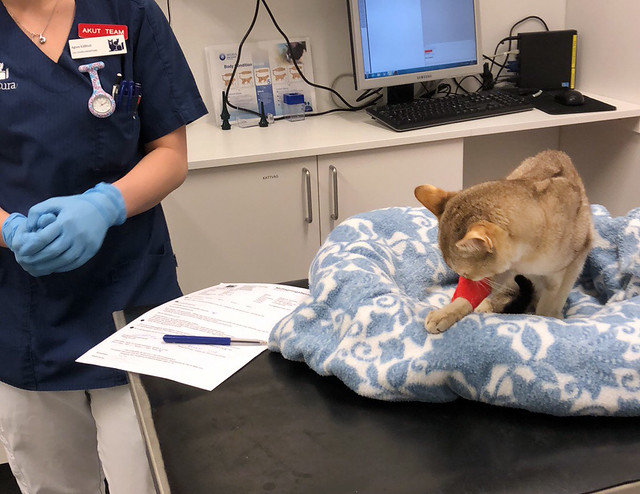 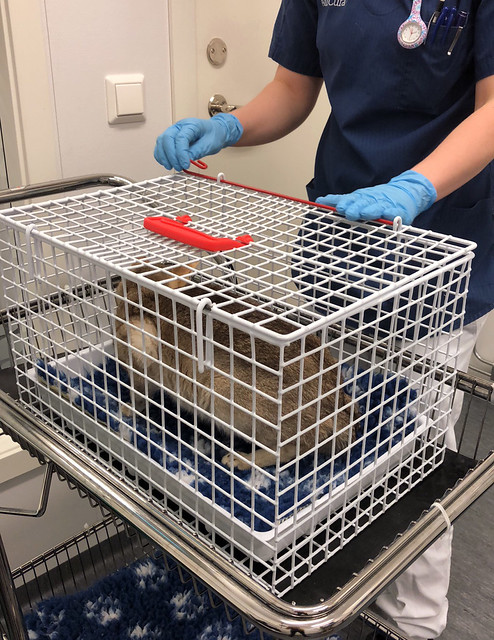 Eventually, Logan got into the transport cage. 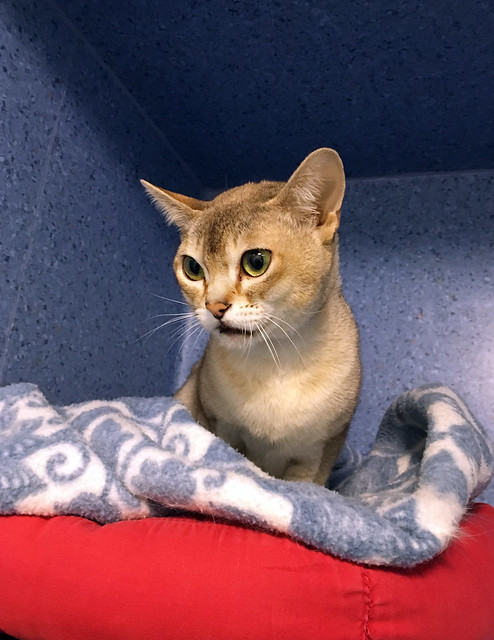 While Logan was in hospital, the vet staff texted me photos of Logan every morning. This was Thursday morning… 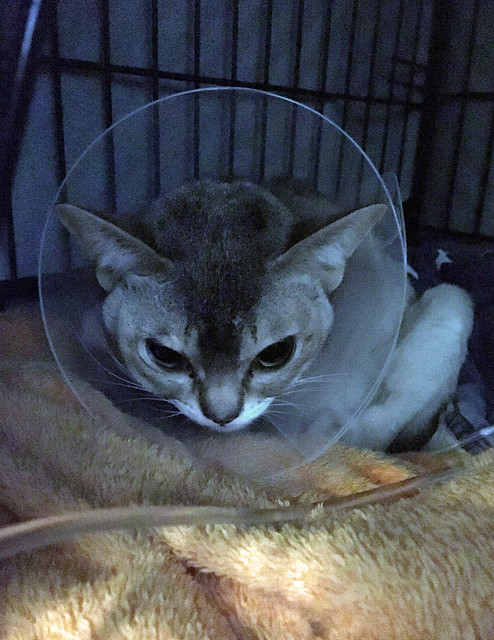 …And this was Saturday morning, after his biopsy surgery on Friday.