Last week, Jacoby and I went to the vet to check out his sudden shift in attitude. 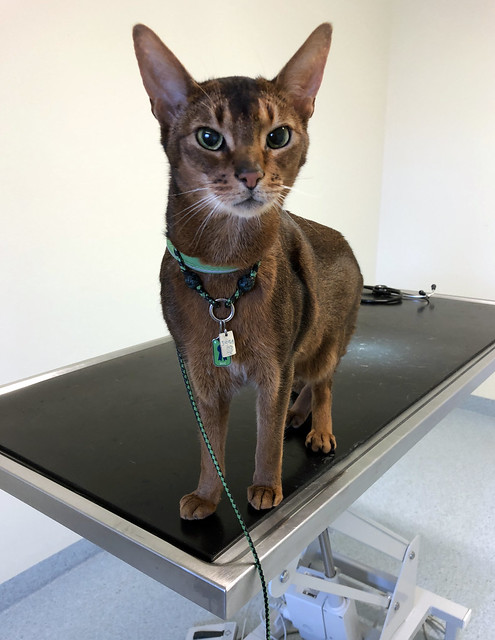 Now, those of you who have followed Jacoby’s career know that he is fine in any situation. 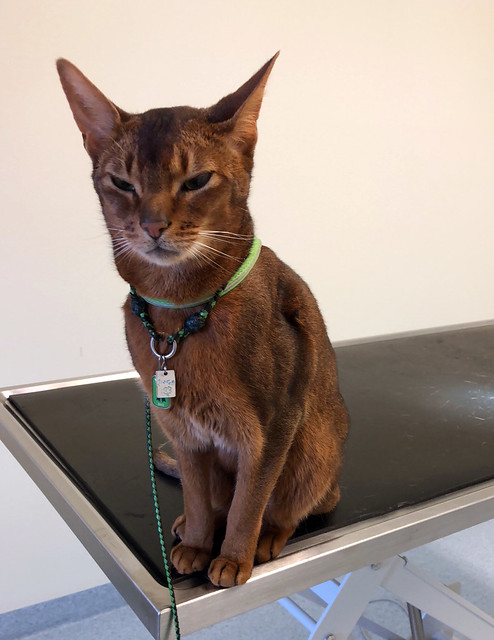 And, most of the time I have known him, he has been bulletproof. He’s been through some stuff with me, and he survived it. But lately, he’s been pacing and yowling and growling, and also lashing out at Alfred and Angel. When I clipped his claws, he growled at me the entire time. He never growls when I clip his claws! 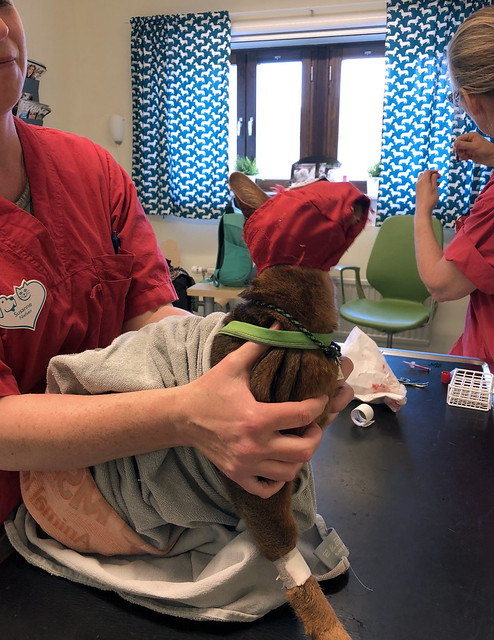 But the last time we went to the vet, he needed to wear this almost-muzzle just to draw a blood sample! 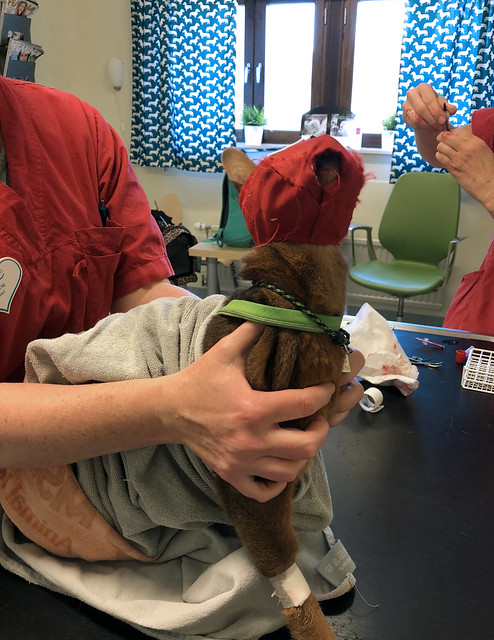 Jake growled and hissed throughout a completely normal examination. His growling and hissing is so…wrong. The vet palpated his body, and she decided he has some soreness, but his bloodwork was completely normal. She has him on Metacam for 20 days, so we’ll see if that helps.

This angriness in Jake is so unlike him…I hope he gets over it.