Well, this was not the weekend we were expecting to have, and these are not the posts I was expecting to write, but we managed to turn things around pretty well. We went down and had a beer in the lobby and fell asleep later than we would have done last night, because there wasn’t any reason to get up early in the morning. We had breakfast, packed leisurely, and left Alsingsås around noon. We took the scenic route home and stopped at a couple of rummage sales in the countryside. Jacoby seemed to enjoy his weekend away from the kittens. When we got home, I let Jake out on his leash while we unloaded the car and schlepped things back up to the apartment. 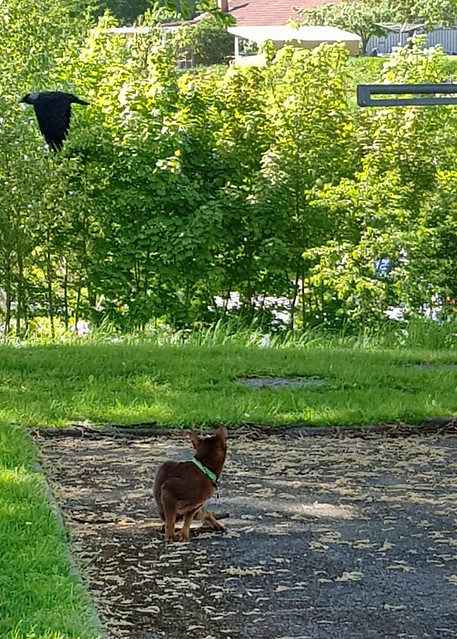 While I was inside, Björn managed to snap these two shots of Jake and a jackdaw eyeing each other. Jackdaws are corvids between a crow and a magpie in size, and they are everywhere. 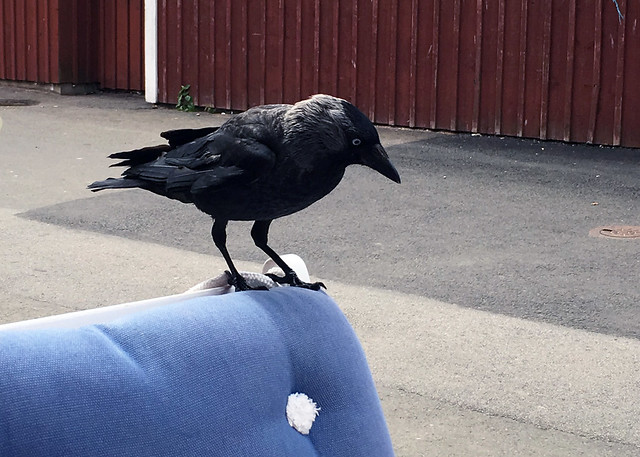 Jackdaws love to hang around outside cafés and eating areas in summer and they are fearless in the face of food. This one came to sit at one of the chairs at our table. 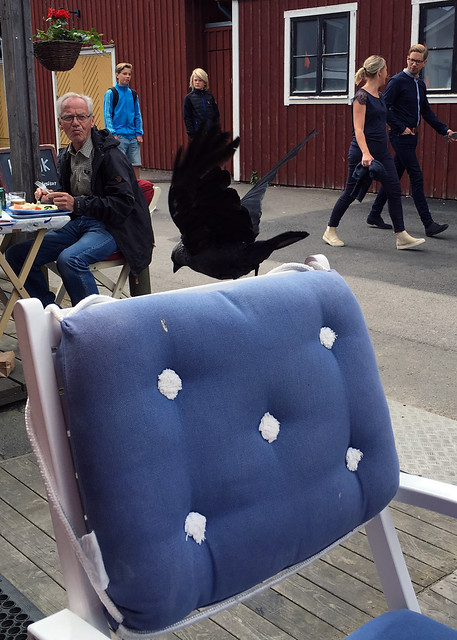 He certainly wasn’t afraid of humans! 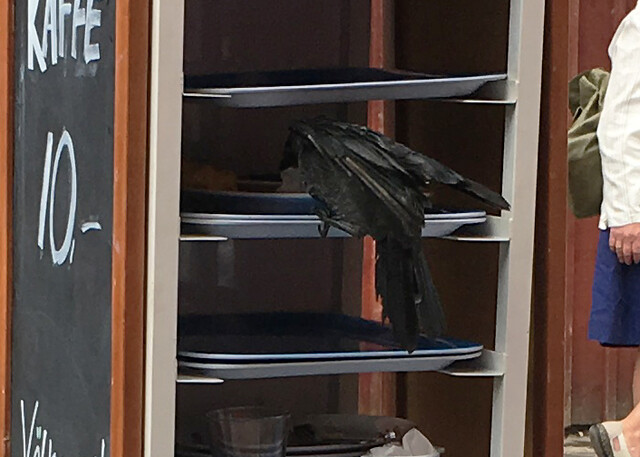 Jackdays are known for stealing food off tables and bussing stations and I have even seen them go inside garbage cans to grab a tasty snack. Is it any surprise that Björn and I call them JAKEdaws?