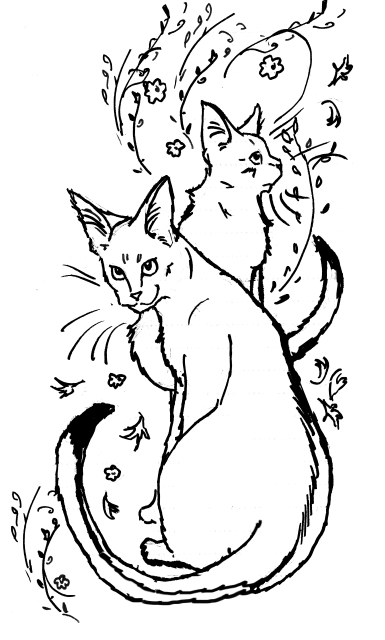 I have wanted to get a tattoo to commemorate Gun-Hee for years, but I never came up with a design. And then I got Logan, and he also died because of FIP. So my tattoo idea changed. It needed to include both Gun-Hee and Logan. So I came up with the above sketch. I am actually getting a tattoo on Thursday by Linus at Magic Man Tattoo here in Skövde…not cats, but magpies. I have always loved magpies, and I had one on my SCA arms (sable, on a maple leaf argent, a magpie displayed gules, marked and breasted argent (or, in other words, a black shield with a white maple leaf with a red magpie on it). 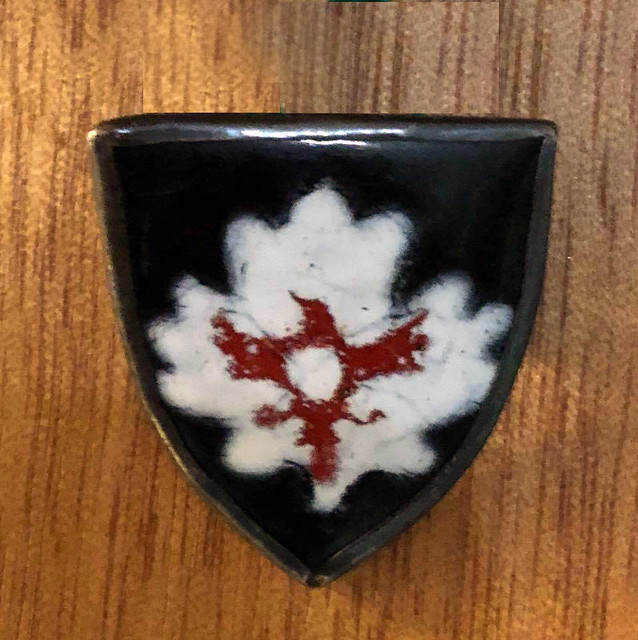 It looks like this…this is an enamel piece I made in university, sometime around 1988. But I digress. When I go in for my magpie tattoo, I want to talk to Linus about my next tattoo…the one I have wanted since Gun-Hee died. 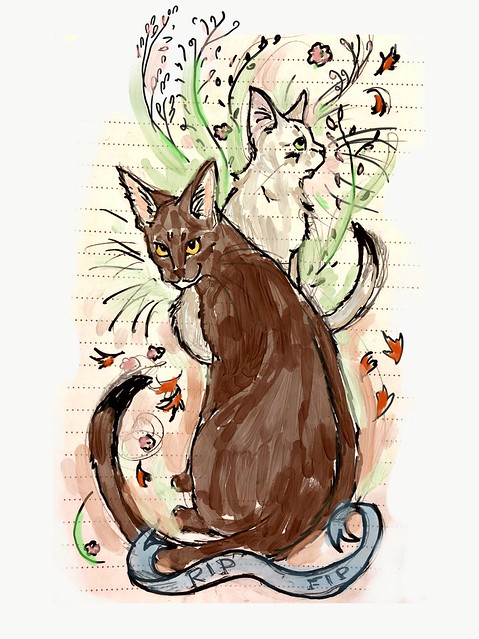 This is my first colourised version of the sketch; I want to make a second version before I see Linus, but I’m not sure if I’ll have time to do it before Thursday. I can’t decide about the banner; I want to have something about FIP, but I don’t know if I like the location of the banner no matter where I put it. I want to have it done on it on my right calf. I am really pleased with the way Logan’s profile turned out, and Gun-Hee looks like Jacoby…but still looks like himself (it’s hard to explain). I can’t wait to hear what Linus says about it!