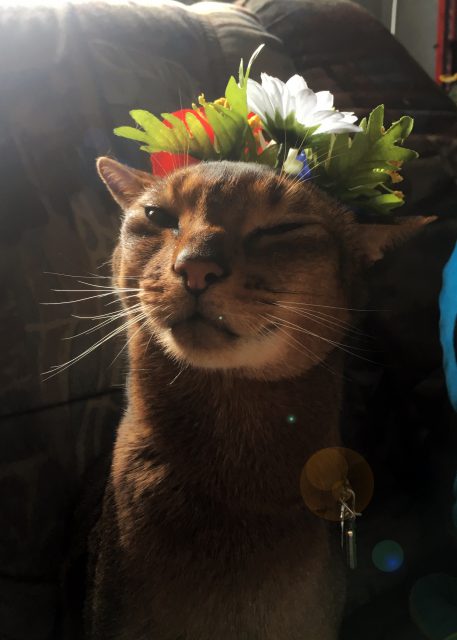 Yesterday, Sweden celebrated Midsommar, the second biggest holiday after Jul (Christmas), on par with the States’ Thanksgiving in terms of gathering together and feasting. The Nordic countries love their solstice celebrations. 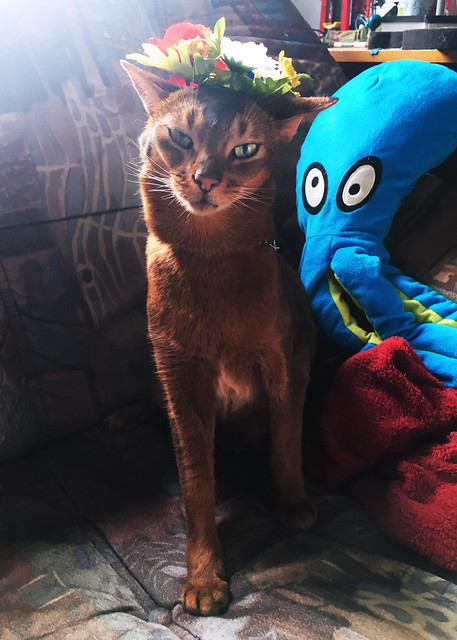 Swedish Midsommar is celebrated on the Friday nearest the Summer Solstice. It has varied origins, much like Christmas, but mainly comes from pagan rites. It has a lot to do with Freya and Freyr and the worshipping of fertility and a rich harvest during the Viking age (The fact that many Swedes, including both Björn and Kalle, have March birthdays may or may not have anything to do with all that fertility worshipping). Traditions include erecting a leaf-and-flower covered midsommarstång (or majstång – maypole), which Swedes dance around (this post’s title comes from the “Frog Dance” song, which involves hopping like a frog and croaking. There’s also a verse about pigs). 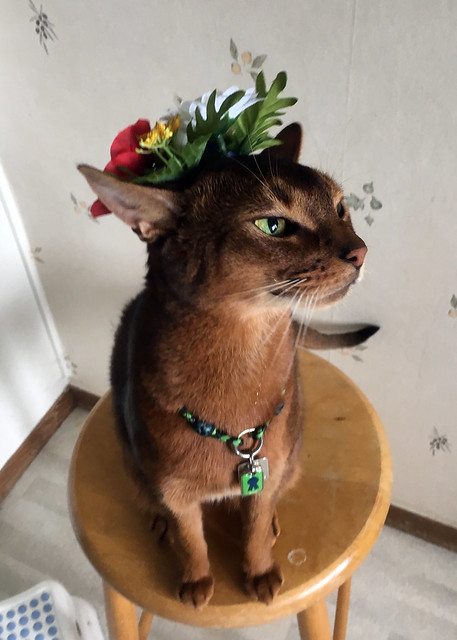 Traditional foods eaten at Midsommar include lax (salmon), boiled new potatoes, sill (herring) and strawberries. People also have barbecues and dinner parties. And they drink (it’s best to get to the alcohol stores early before Midsommar, because the lines can get wicked long and they can run out of your favourites, 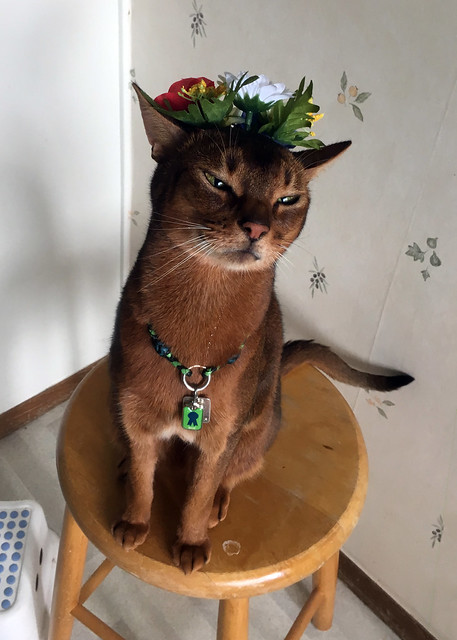 Beer, wine and especially snaps (something like aquavit) are the beverages of choice. There are several nubbevisor (drinking songs) which are often based on popular tunes with the lyrics changed to booze- and food-related themes. 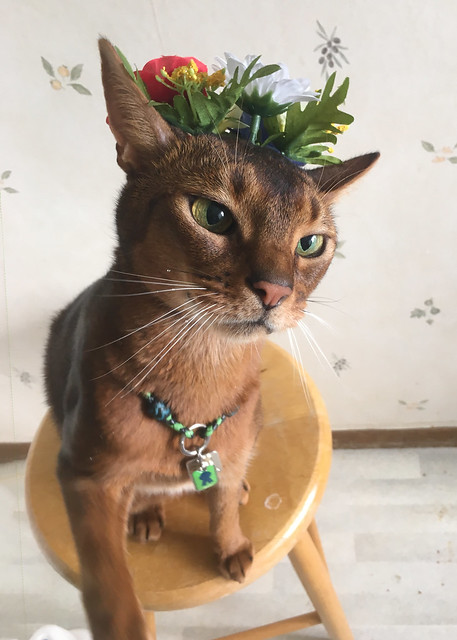 Ironically for a summer celebration, the weather is almost always cloudy and/or rainy. My first Midsommar was sunny and bright, but the last two were grey. Yesterday was overcast all day…but of course today the sky is blue without a cloud to be seen. Perfect hangover weather. 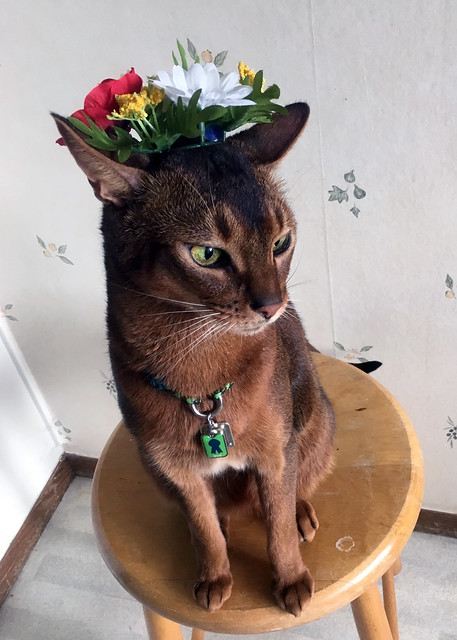 Another tradition is to wear a wreath of flowers on your head. 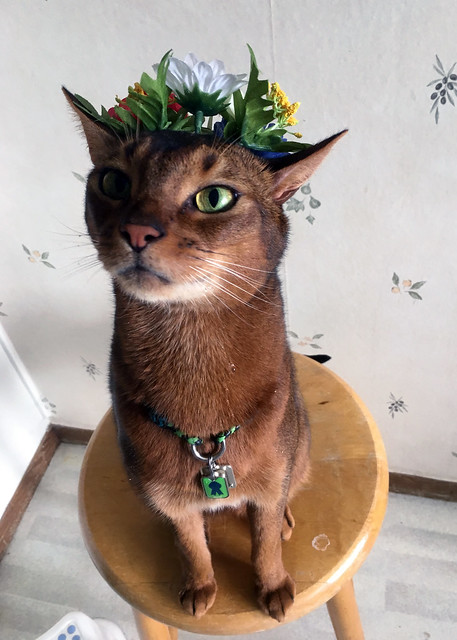 Usually you see women wearing them, but men can wear a flower crown, too. The wreaths can be made using real wildflowers or silk flowers, and of course you can buy them ready-made in stores. 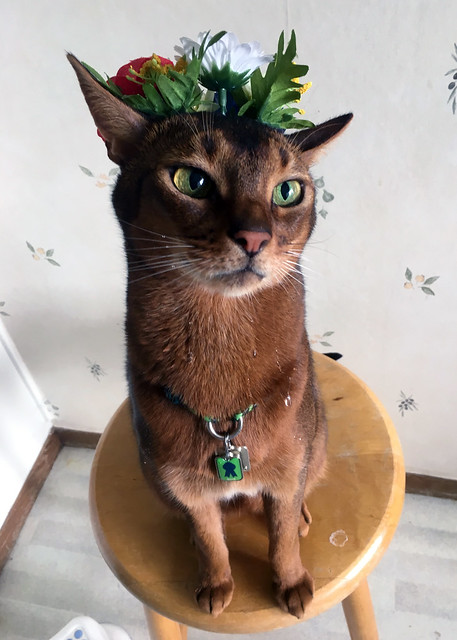 I made this one for Jacoby for our first Midsommar, which happened about a week after we arrived here. As you can see, he rocked it. 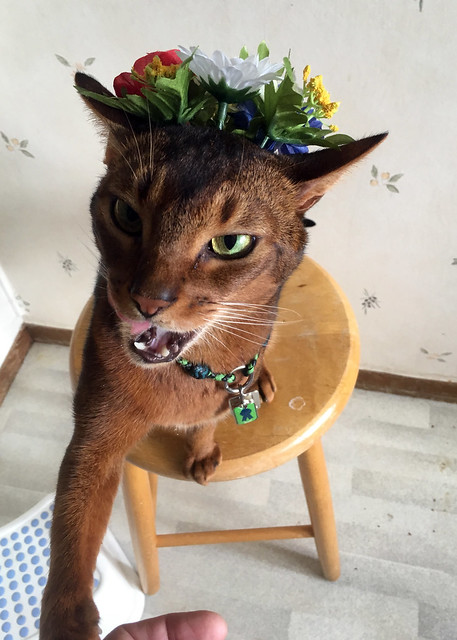 Treats may or may not have been involved in the making of this post.