This post is late, and short…because coming home from a show is hard. Almost more work than the show itself. So I am afraid there’s not much more than the basics tonight… 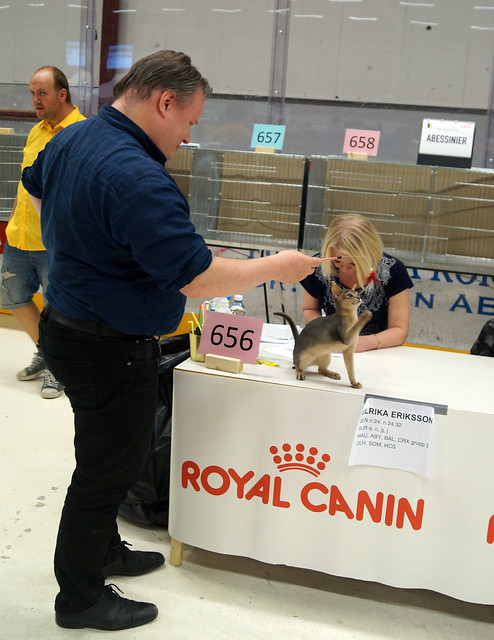 Lorelai’s judge today was Ulrika Eriksson. She was the judge who thought Logan was too thin; she also judged Jacoby in the Senior class at one show. Yesterday, the blue Abys and the ruddy Abys were seen by different judges, but today all the Abys were judged by the same judge. Which meant the ruddies and the blues had to compete against each other. 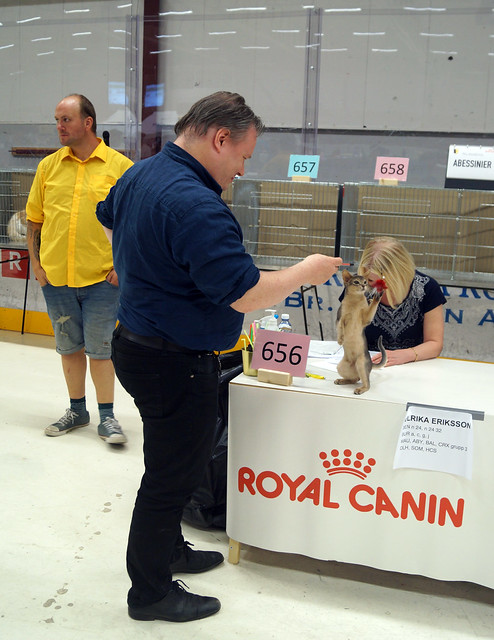 Rory was her playful self on the table… 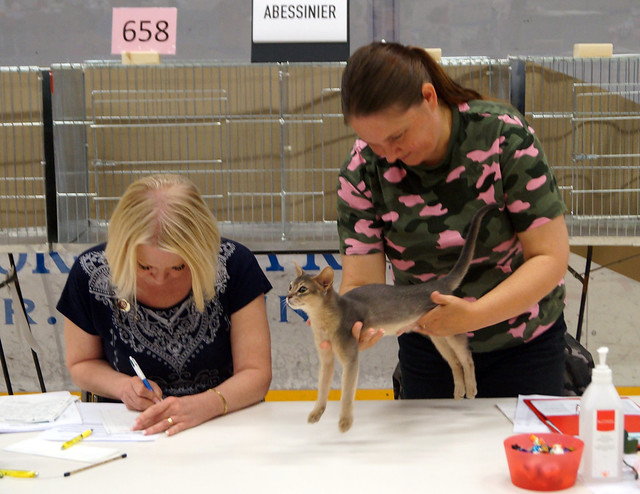 …not that the judge was paying much attention. 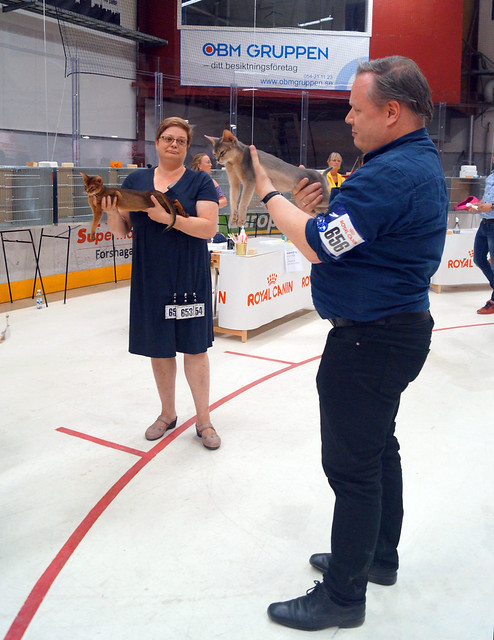 When it came down to the Kat. 4 nominations, it was Rory and Classy, the birthday doppelgangers… 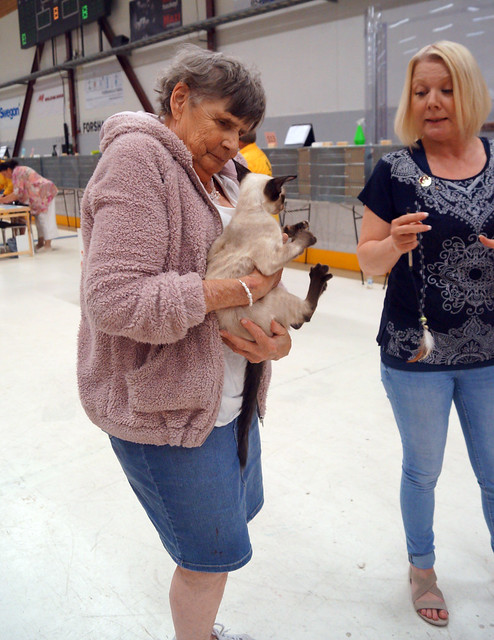 …and a squirmy seal Balinese. The final decision was painfully close… 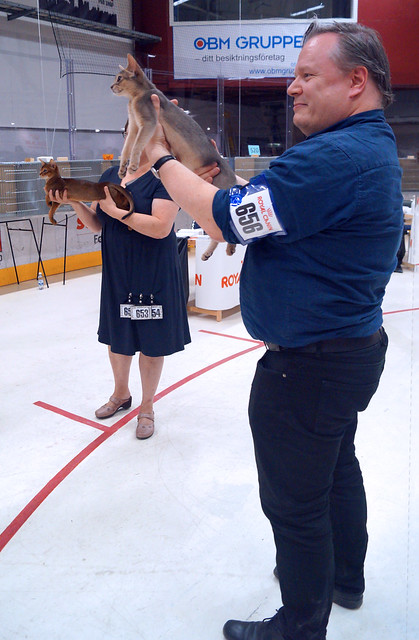 …Rory had colour and type, and Classy had eyes and ears. In the end, Classy took the day. 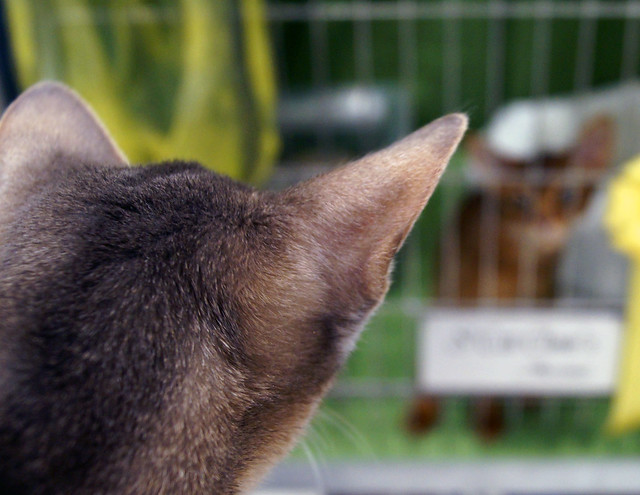 We stopped by her cage to pay our respects. 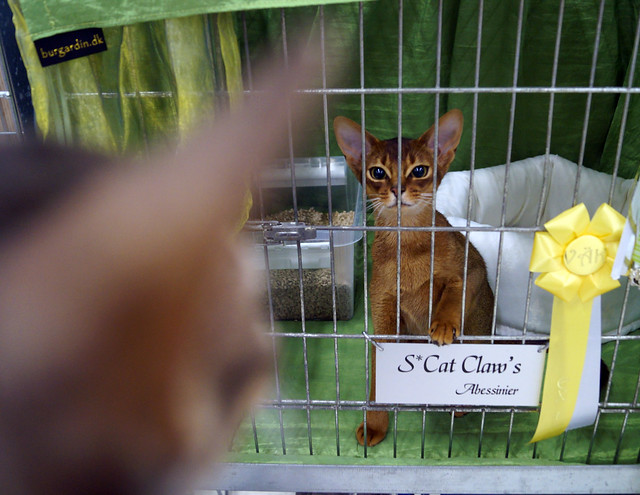 Any day an Aby wins anything at a show is a good day (And, really…having two cats regard each other from a small distance at a show without any hostility whatsoever is refreshing, to say the least)! 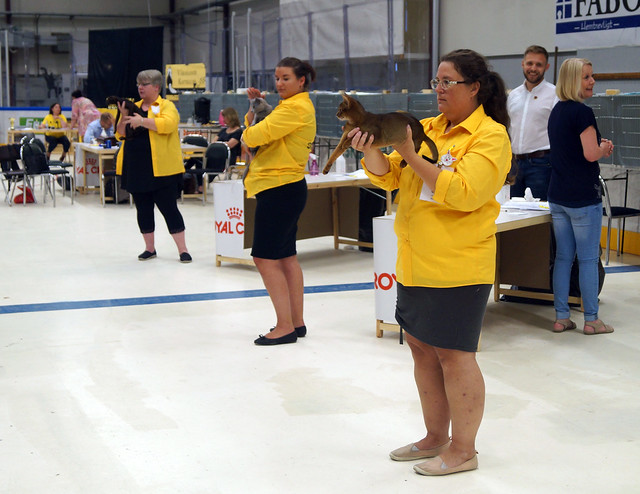 Classy was in the final against a Cornish Rex, and that Russian Blue I mentioned yesterday.
I think we all were surprised when Classy, and not the Russian Blue, was named Best in Show, Class 12, Kat. 4. 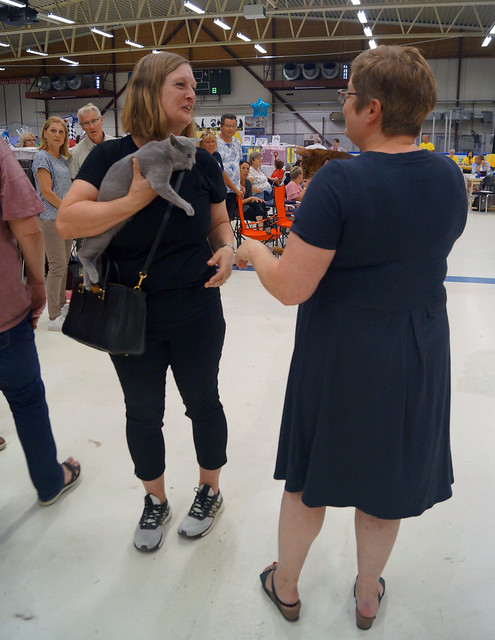 Of course, in the end, we’re all cat-geek friends. 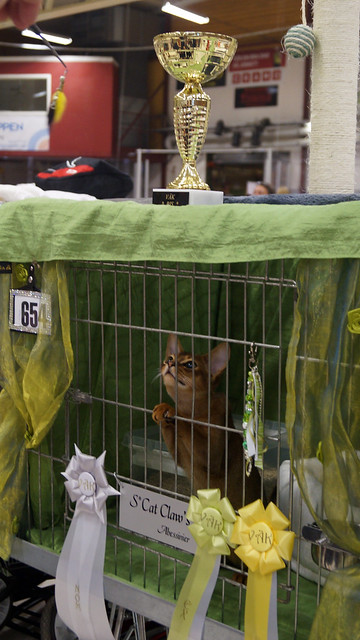 Classy admired her winnings from her benching cage. 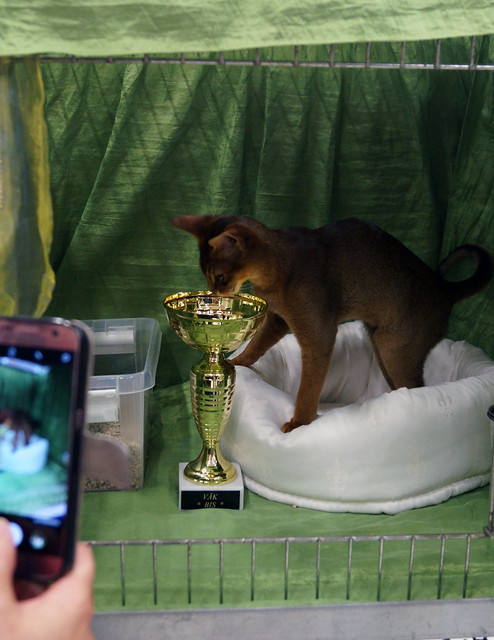 Her breeder, Susanna, took photos of her with her trophy. 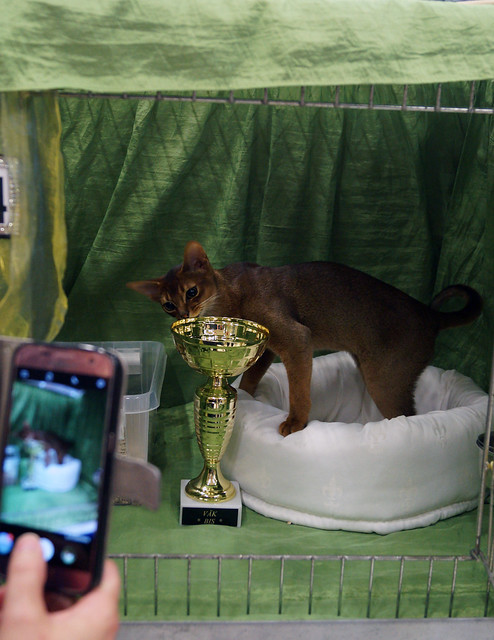 “Any food in this bowl-shaped thingy?” 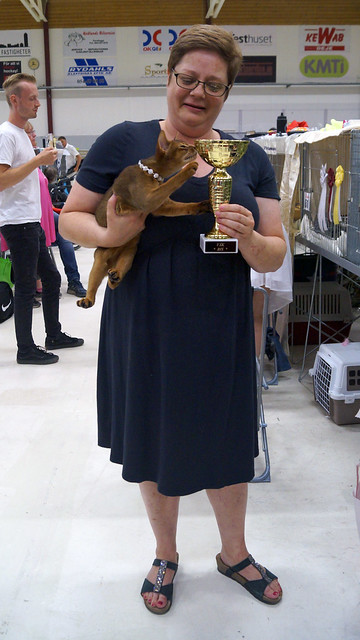 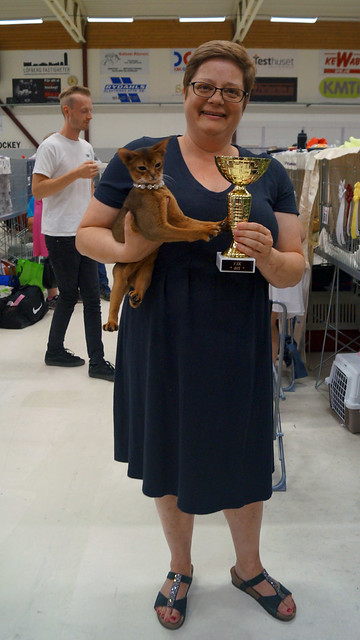