Alfred is a very protective big brother. And free whatever reason, he has decided that Markis from upstairs was a threat to Lorelai. 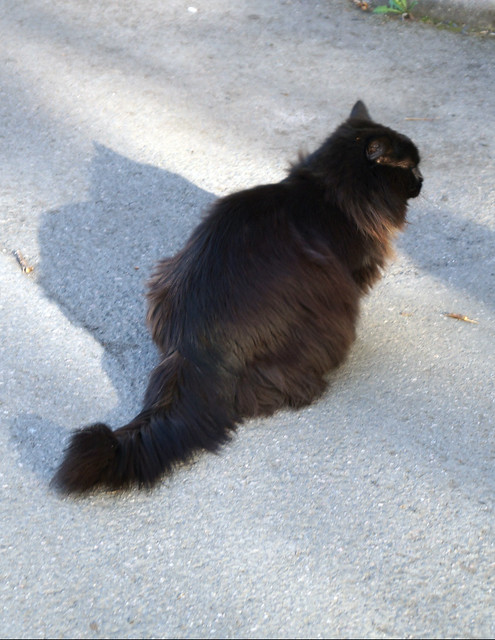 Of course, Markis was just outside minding his own business… 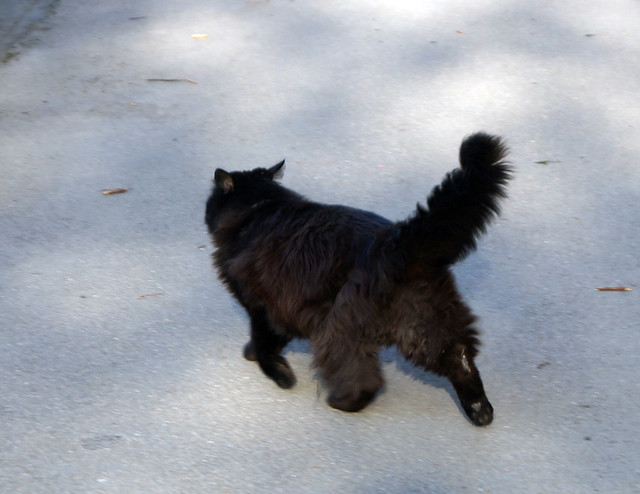 …but when he heard Freddy growling he decided to let discretion be the better part of valour. 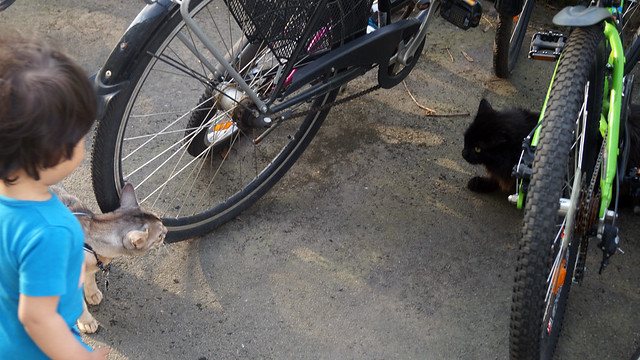 He tried to hide amongst the bicycles, but Freddy followed him… 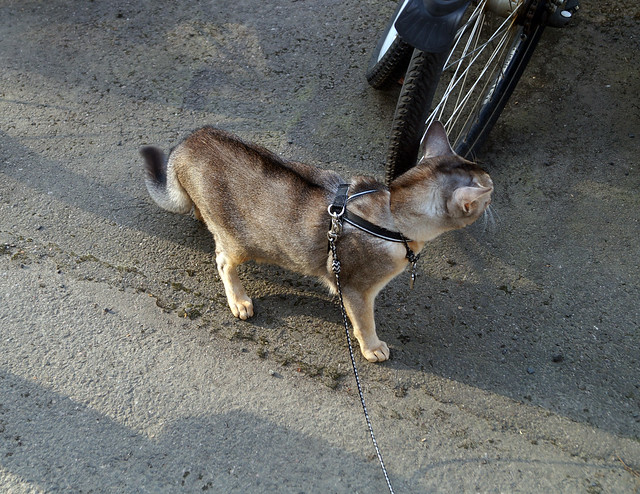 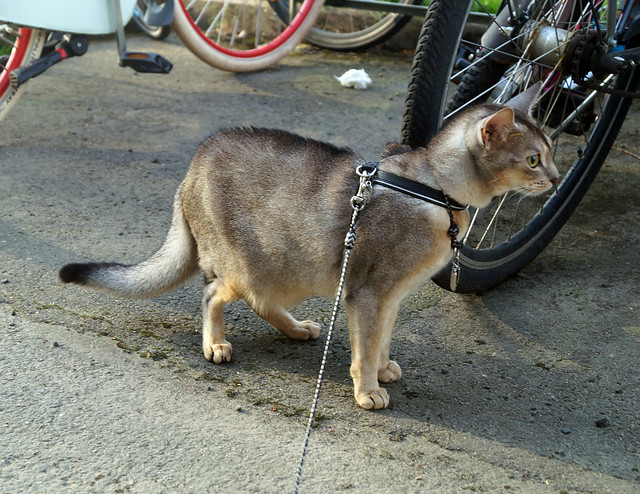 …with his tail puffed and his hackles raised! When Jacoby and Markis meet, they just sniff each other and Markis will hiss and growl. I am not sure what Freddy sees that Jake doesn’t. 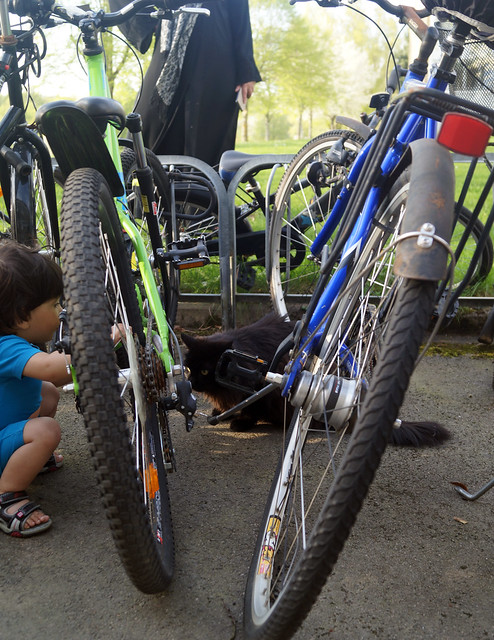 This toddler, though. He kept wanting to pet the kitties. The snarling, growling, hissing, clearly angry and preoccupied kitties. I tried to get him to move away, but I don’t think he understands English or Swedish yet, and his mother was right there (you can see her in the background), so I thought her maternal instincts would kick in. 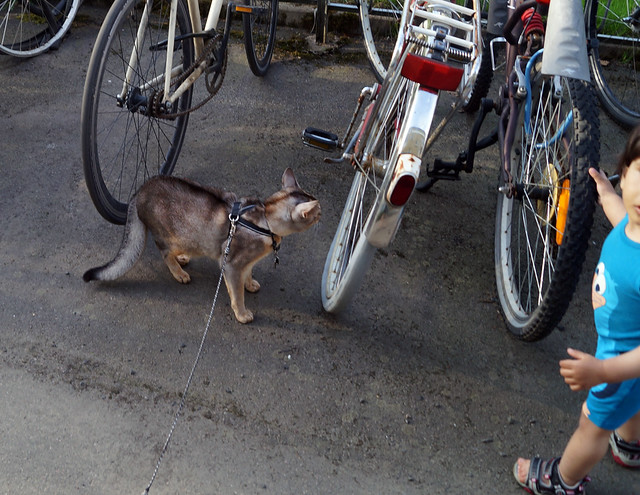 …NOPE. So of course the kid gets too close, Markis hisses and lunges, kid sit-falls onto his bum and starts crying and only then does she intervene. He wasn’t hurt, but he could have been. 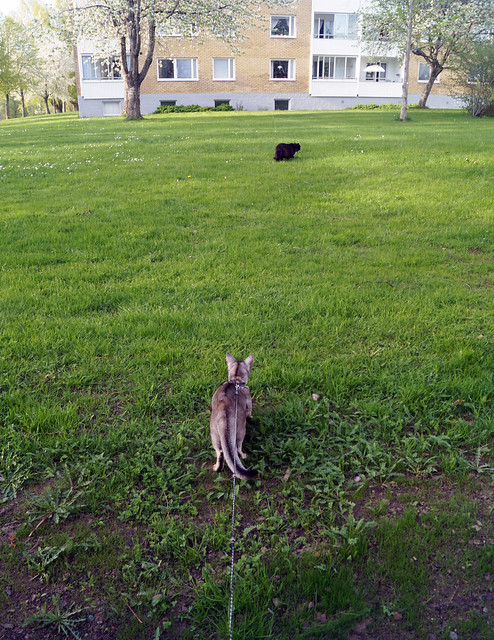 After that, Markis was done. He trotted off across the grass. 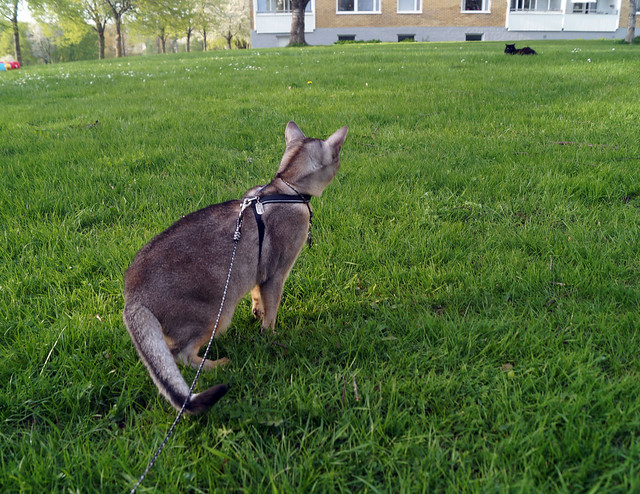 Freddy kept an eye on him for a while. 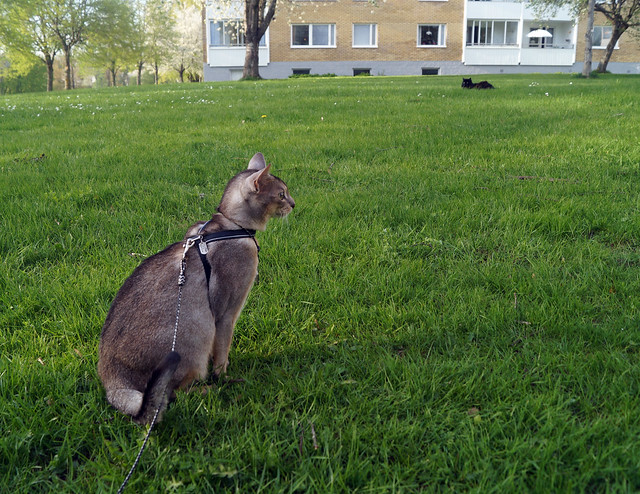 Finally, he decided that Markis was far enough away and relaxed. 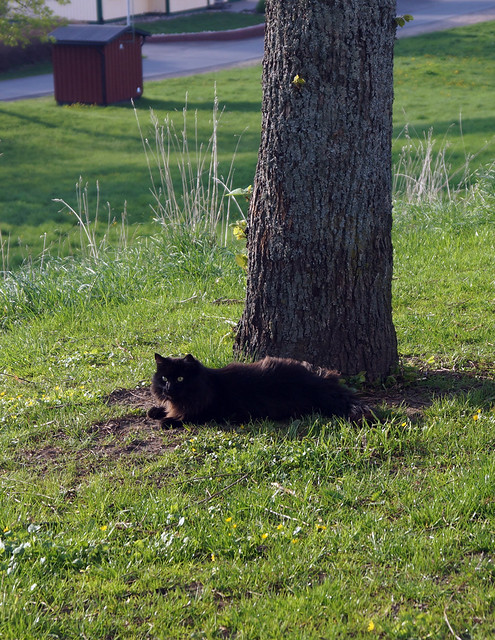 A little later, however, Markis moved to the base of one of our trees. 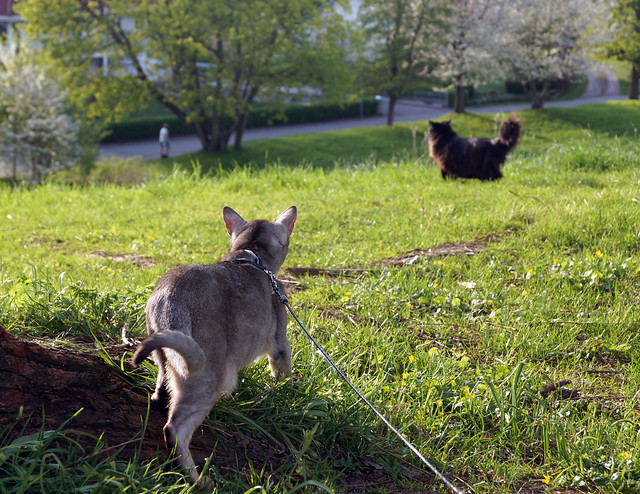 Freddy did not like this at all and started stalking Makis again even as Markis moved out into the field. 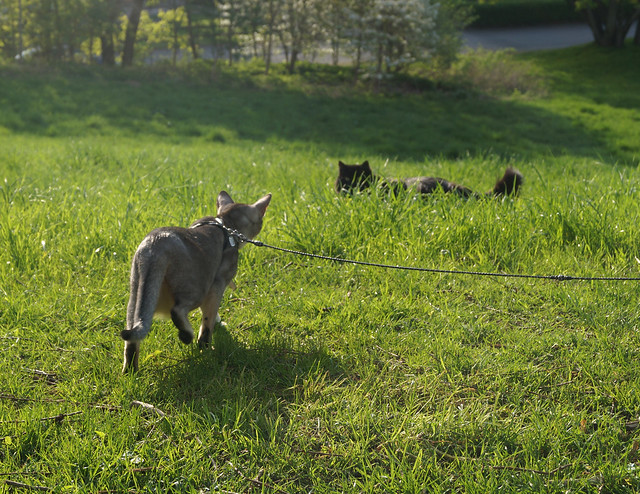 Freddy kept walking towards Markis until he was what Freddy felt was a safe distance away. 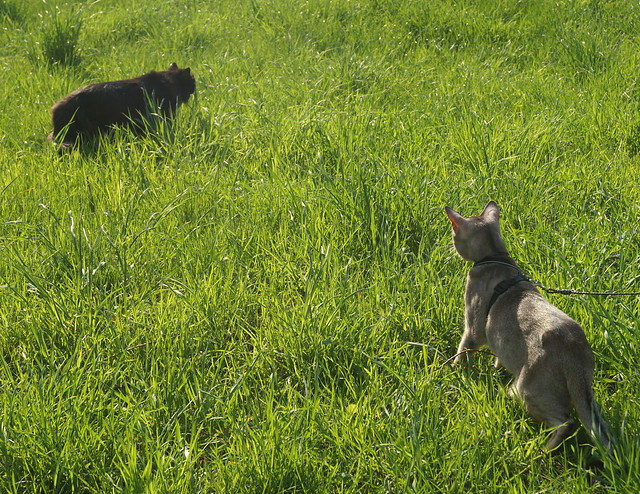 Poor Markis! All he wanted was to enjoy the sun and grass and maybe catch a mouse. It’s a good thing Freddy doesn’t go outside without a human on a leash!