Back in my old apartment in Somerville,I had this aswesome floor-to-ceiling cat tree from Drs Foster and Smith, and it was well-loved by Harri, Patrick, Tessie, and Gun-Hee…but especially Kylie. 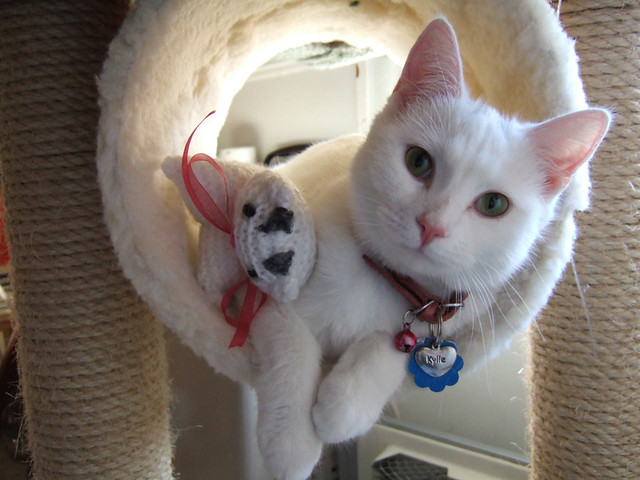 Specifically, the fleece tunnel that hangs from the first level platform. 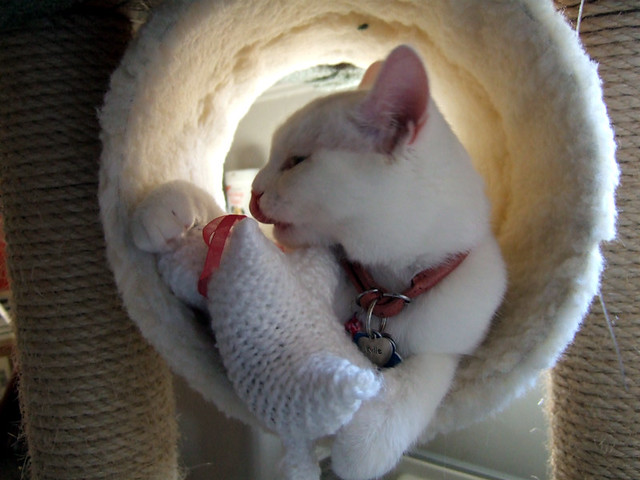 Most cats want to go high, and eschew the low-hanging tunnel, but not Kylie. 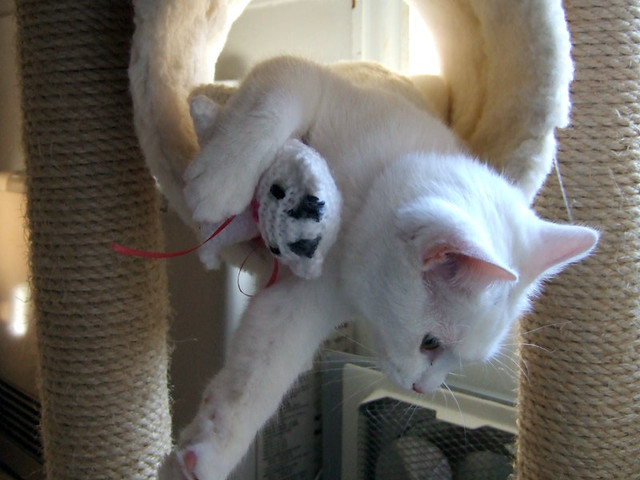 At the time, Kylie had a “knitten,” a little kitten that looked like her. It was her favourite toy, and she, of course, took it with her into the tree-tunnel. 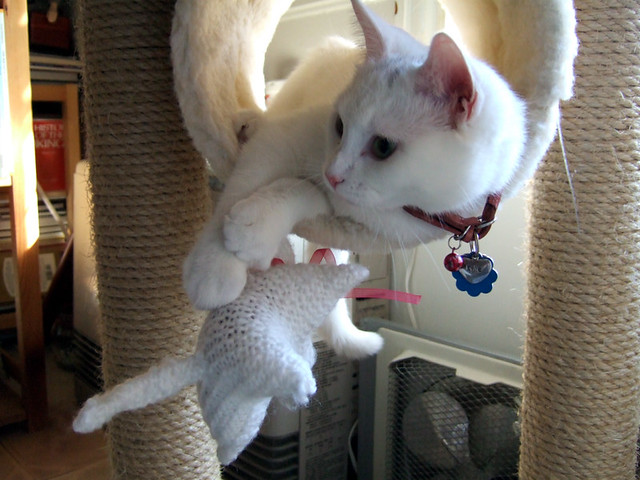 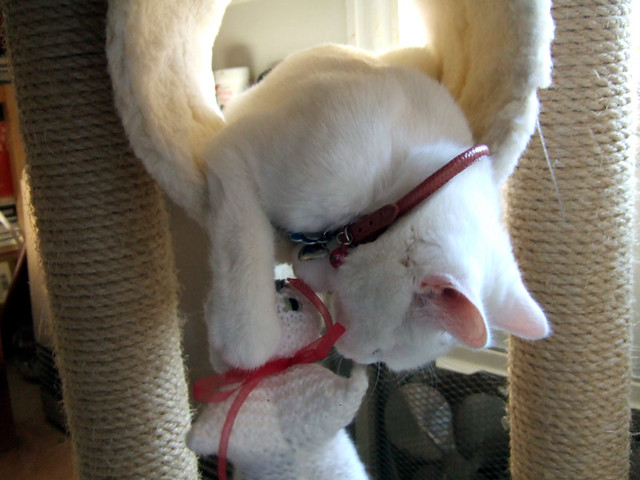 “Hey! Come back here and enjoy this with me!”

But after Kylie was young, the tree went into storage, and no cat got to climb it until we moved to Sweden, but even once we set that old tree up in Björn’s apartment, literally no cat used that tunnel…until Lorelai showed up on the scene. 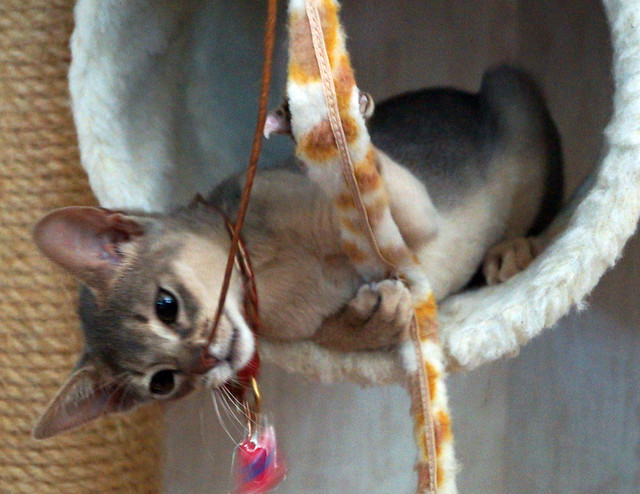 Rory discovered that tunnel and she owned it.
I know it’s not in focus, but this photo captures Rory’s joy within the tunnel. 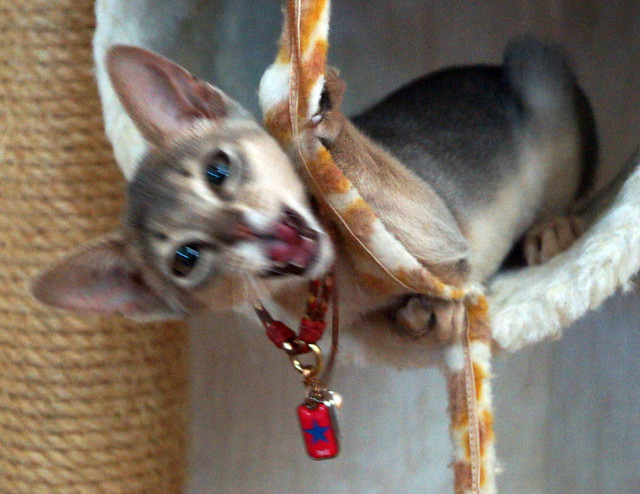 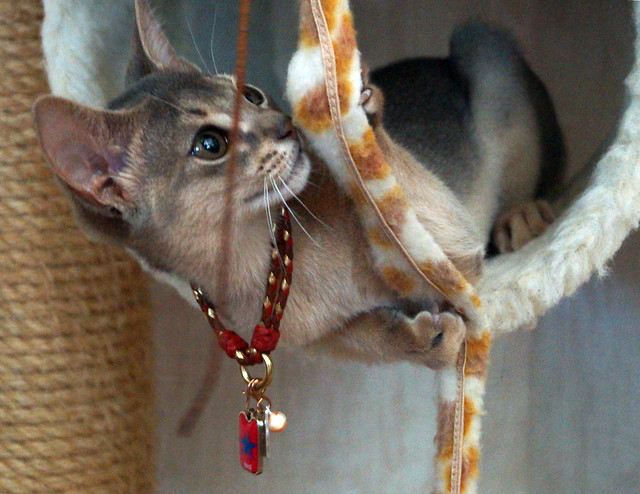 It’s so cute watching her loll about in that thing. 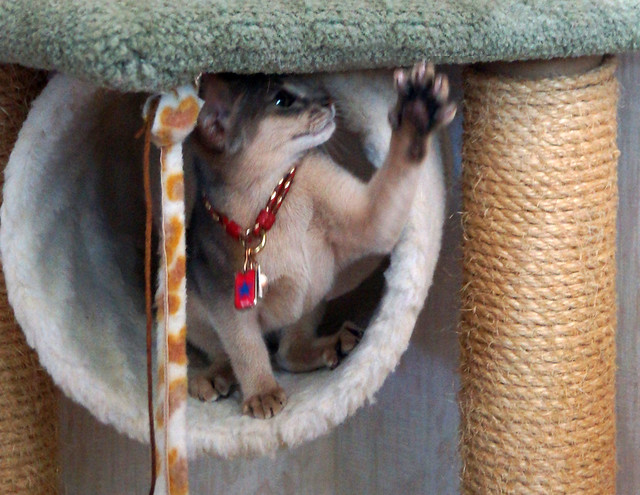 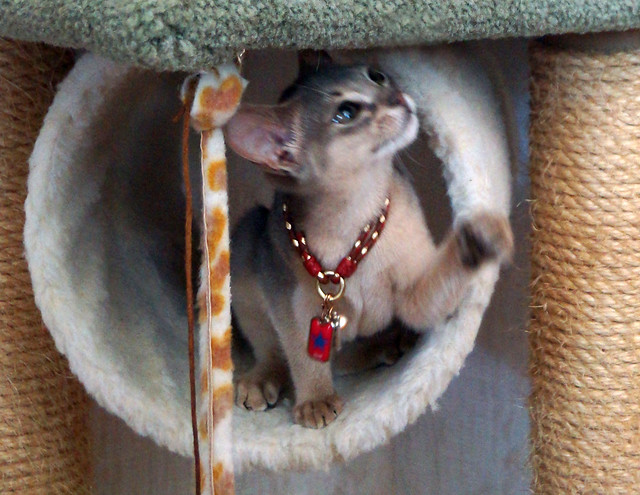 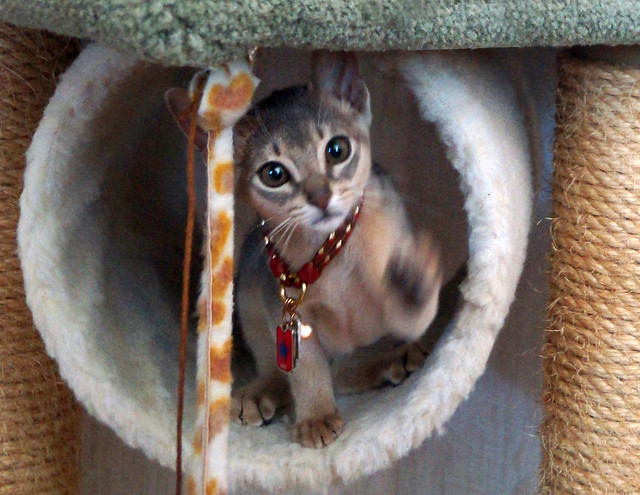 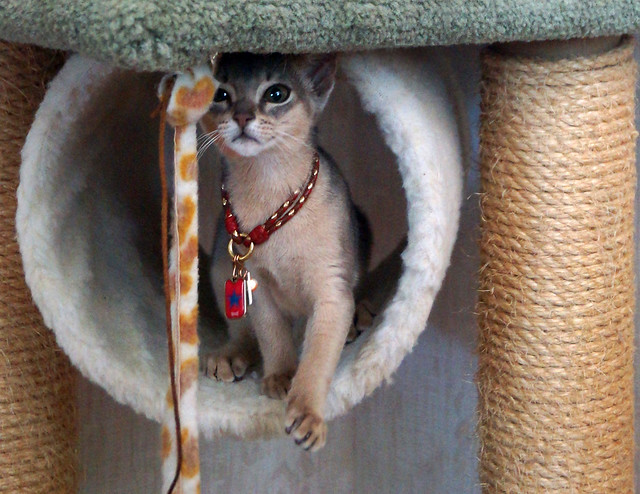 I wonder if it’s a kitten thing? An adult cat can easily fit in the tunnel, but none ever lie in it. 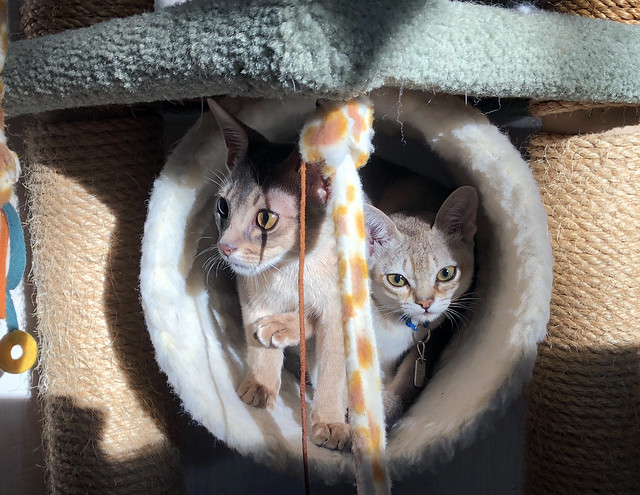 When Izaak arrived, he tried to share the tunnel with Rory. 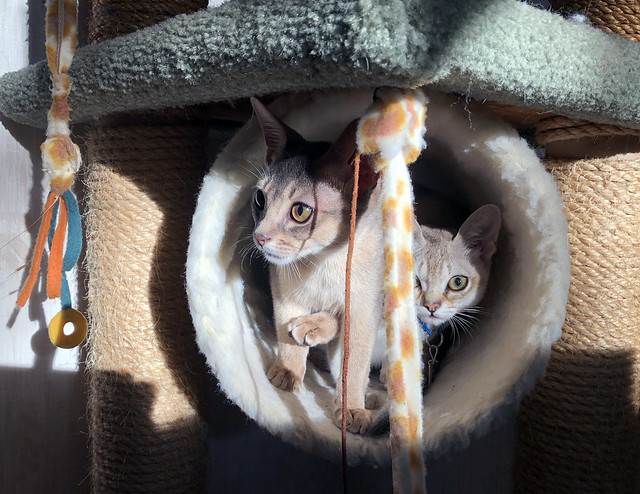 It was a bit crowded in there for the pair of them (look at Rory’s back foot!), but they made it work. 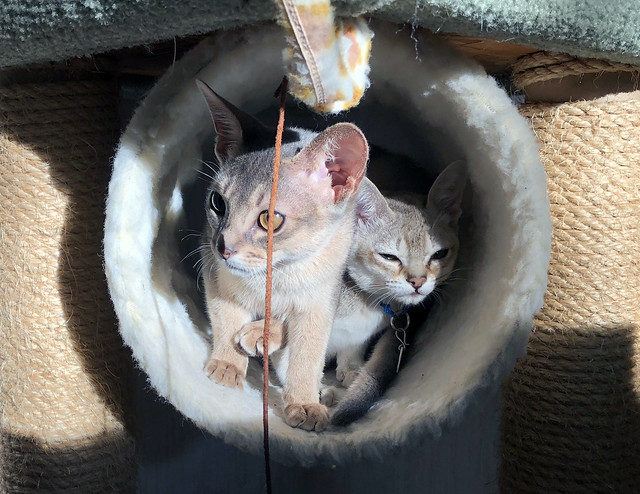 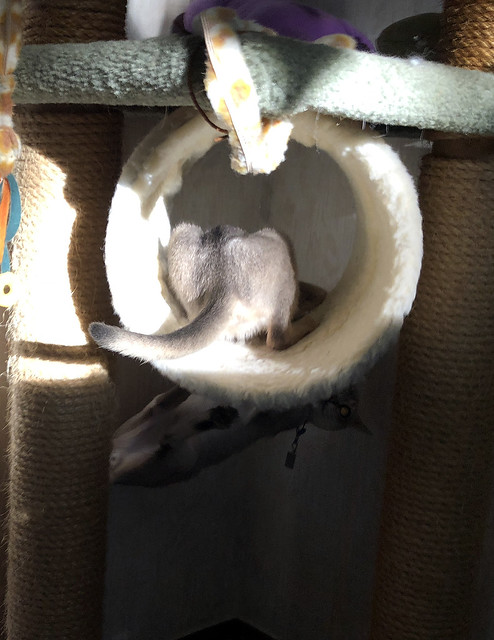 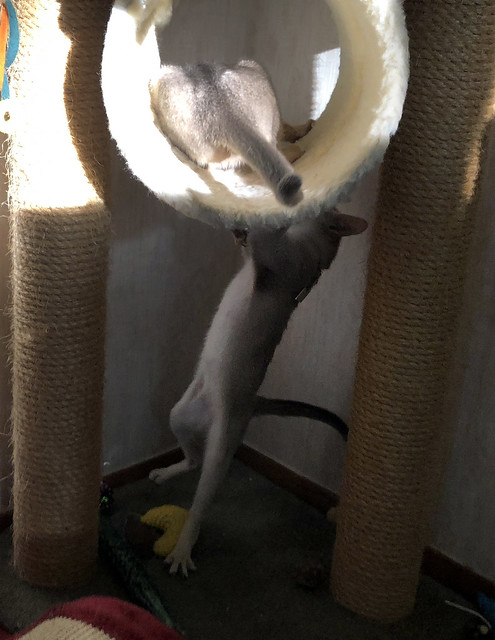 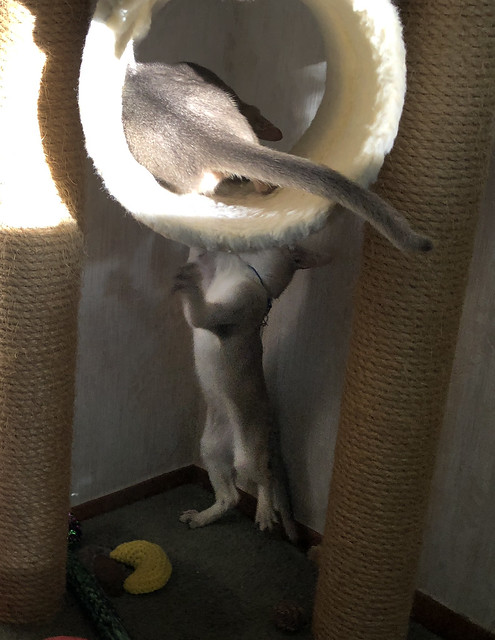 Then Zak started to sort of ooze out the backside of it. 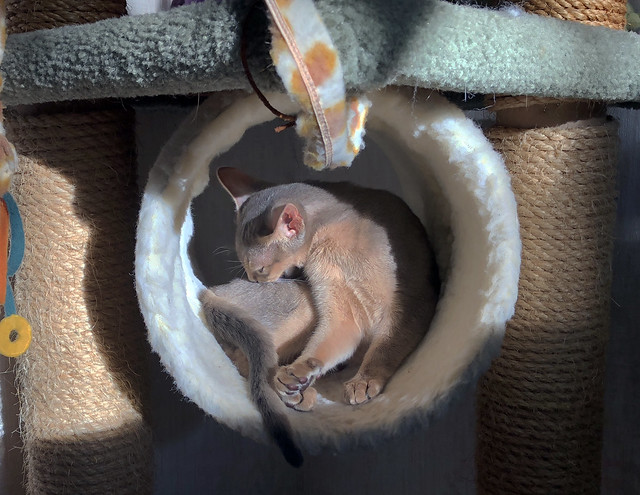 Pretty sure he was pushed… 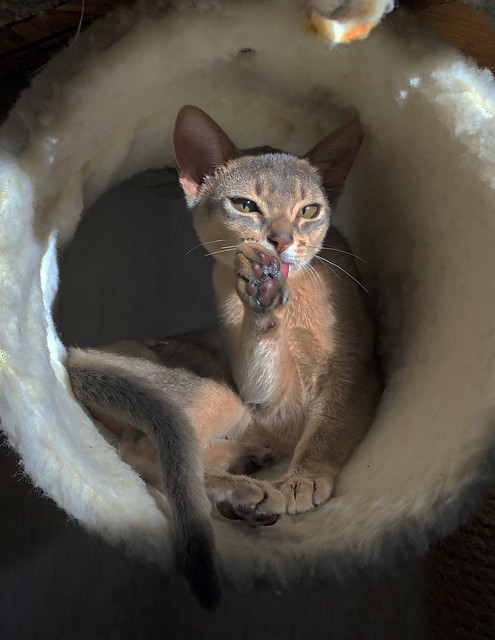 …because a certain little girl seemed awfully proud of herself once she had the tunnel all to herself again. 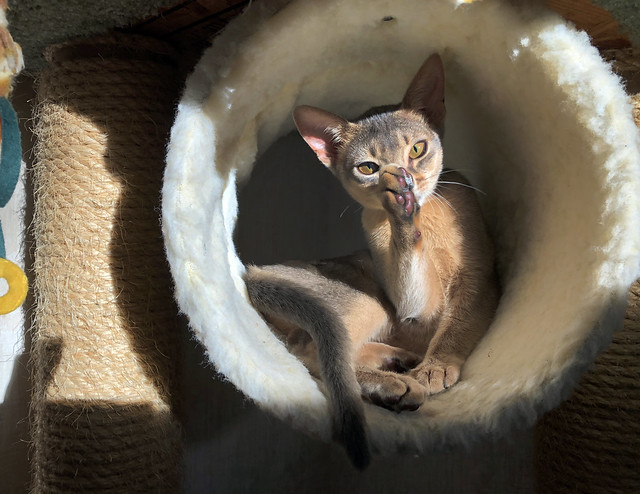