It has been crazy hot here in Sweden this summer – like, Boston summer hot. We just aren’t used to this here; in Sweden, not only do most places not have air conditioning, but they don’t even have an air circulation system. It’s hotter indoors than outdoors during the heat of the day. So, we took Jacoby, Alfred, Lorelai and Izaak outside the first weekend Zak was with us. We took our Ferocious Friends cat toy with us (we met them at the Somerville CopyCat Festival five years ago). It’s really a great toy to take outside . it’s very sturdy and durable…and the cats love it! 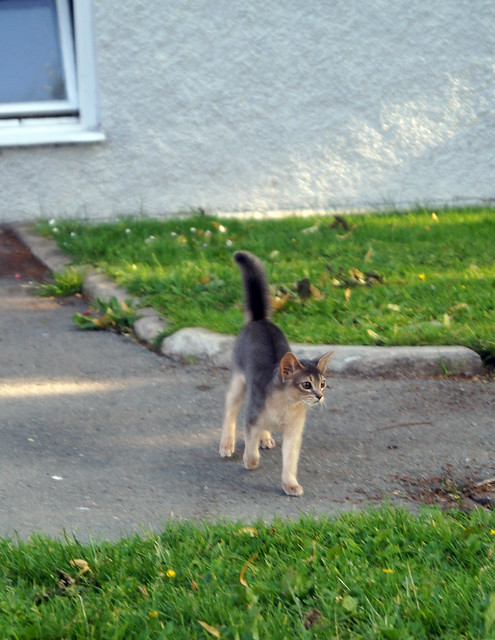 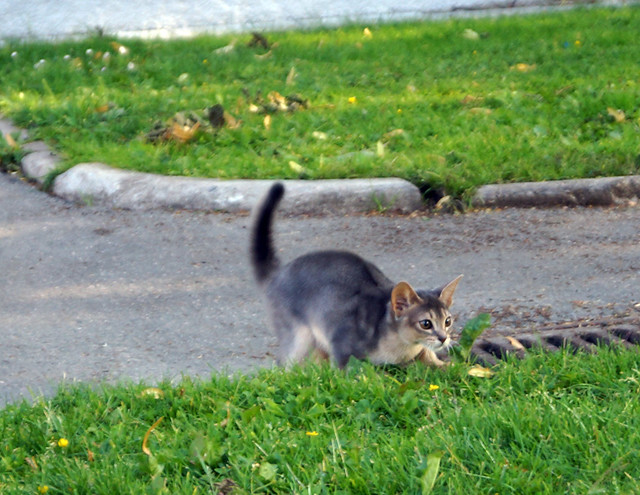 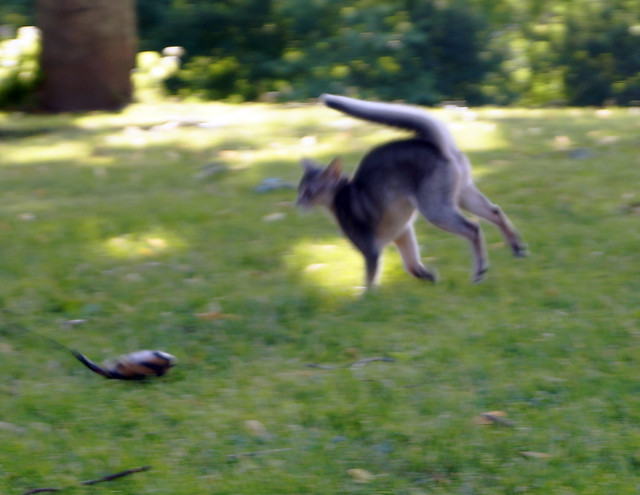 As you can see by Rory’s stalk-and-pounce. 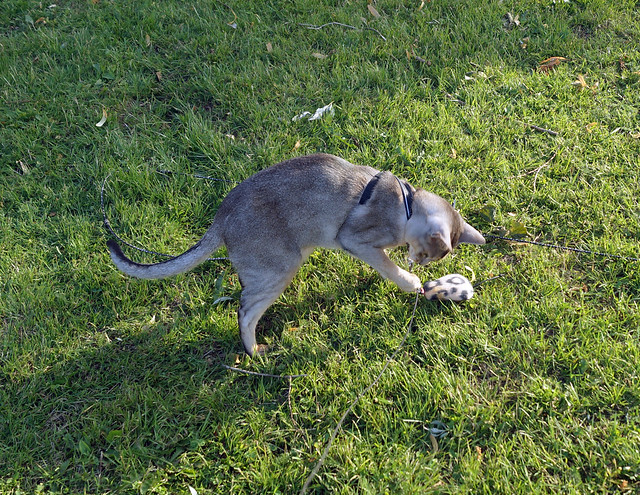 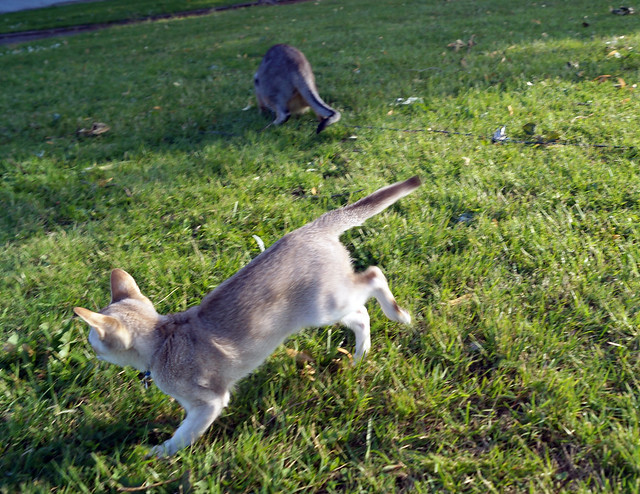 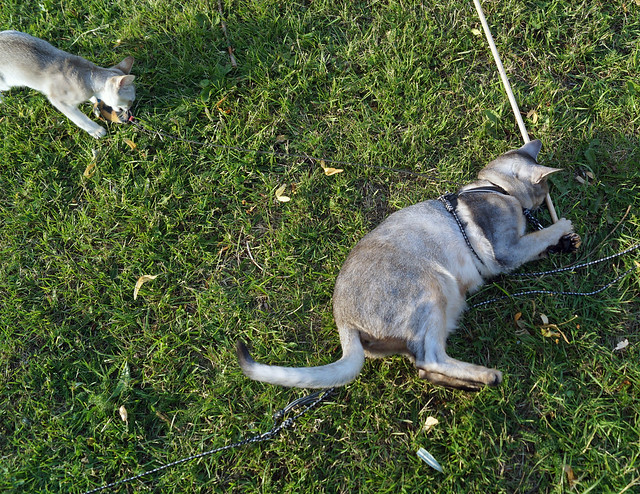 Freddy, too, was unable to resist its siren’s call. 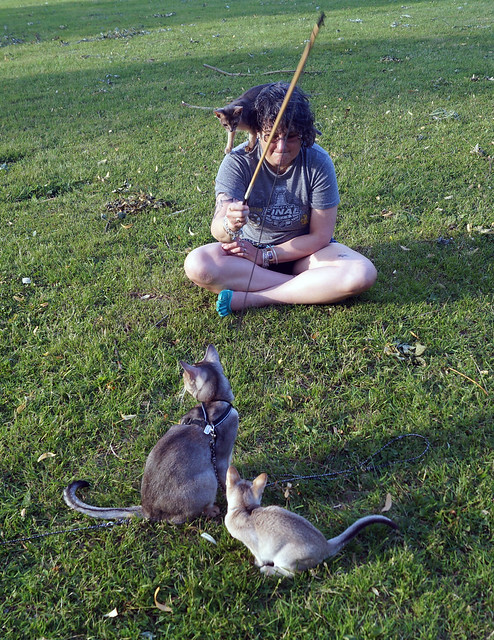 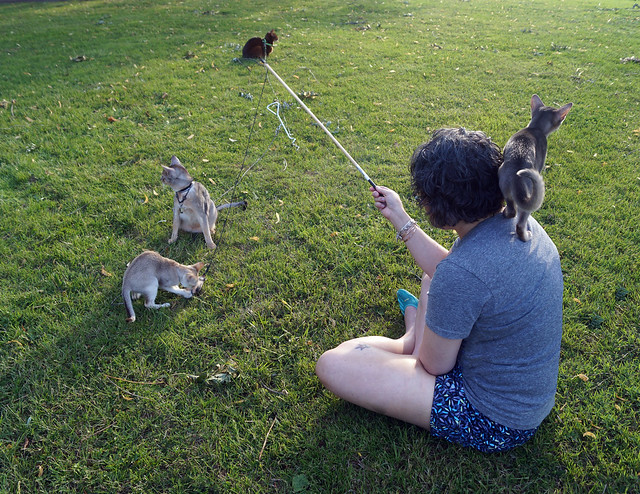 At one point, almost all the cats were playing with the toy…everyone except Jake. 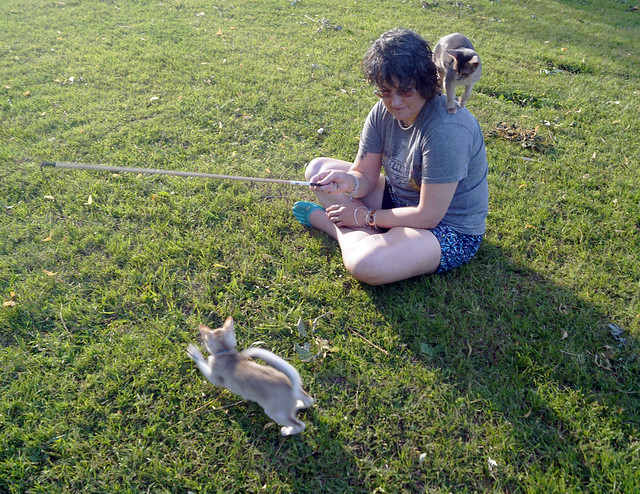 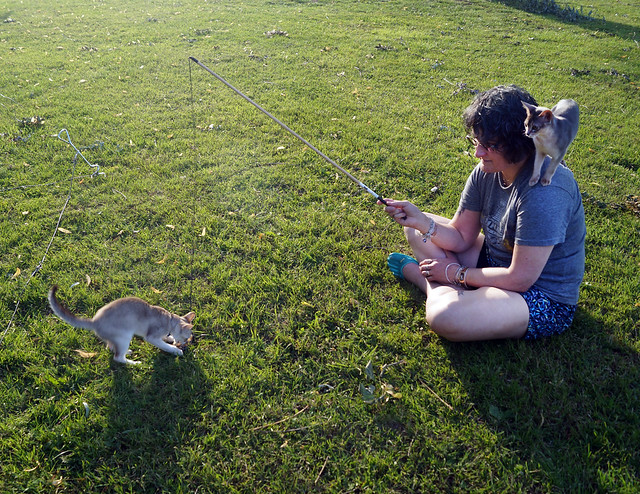 But really, it was mainly Zak and Rory…take a look at the video to watch them play with it.