Last month, I did my first Hipstamatic Monday post in two years. So I thought I would it again, this time youngest to oldest. 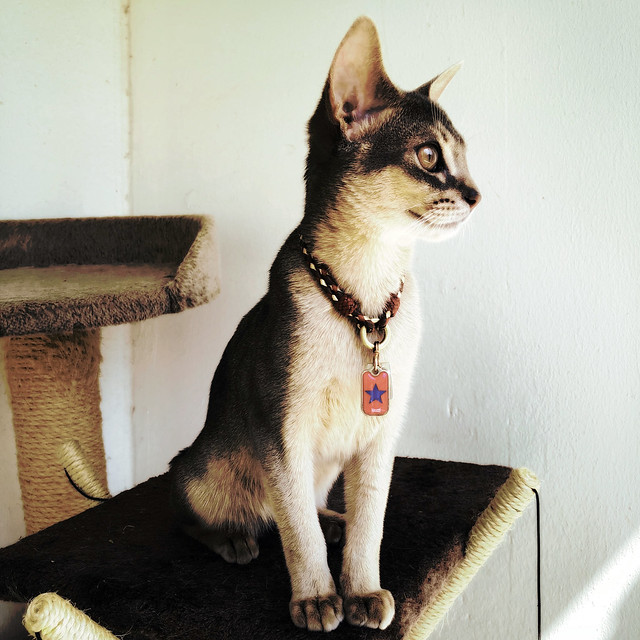 It’s hard to remember that Lorelai is the youngest sometimes, because she is bigger and heavier than Izaak, but he was born 26 January and she was born on 10 February. 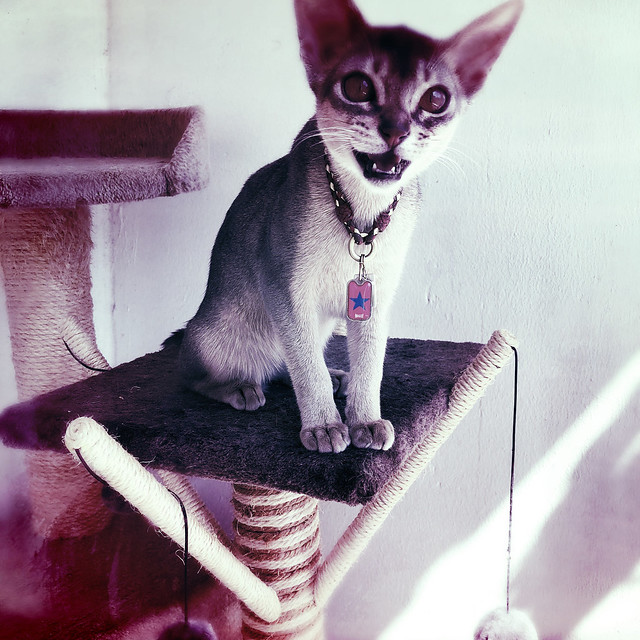 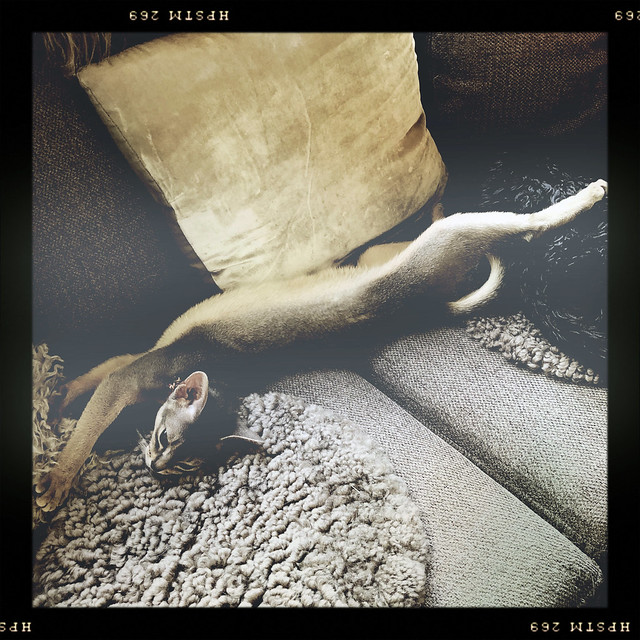 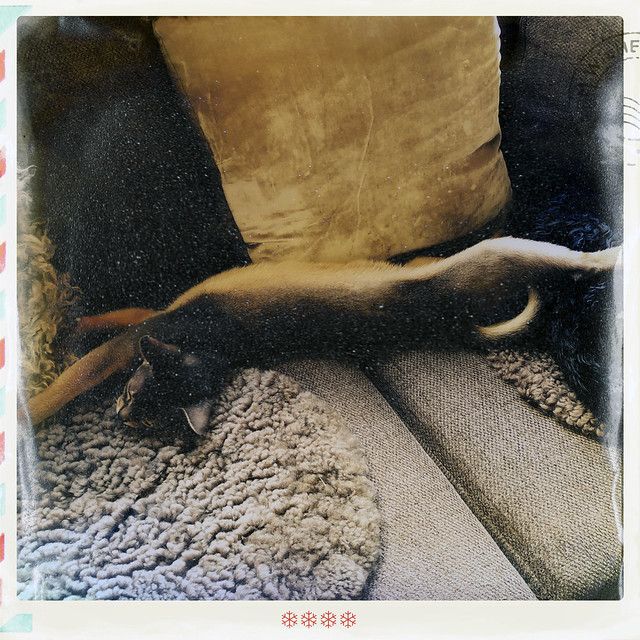 Rory has two speeds: Full and Stop. This is Stop. 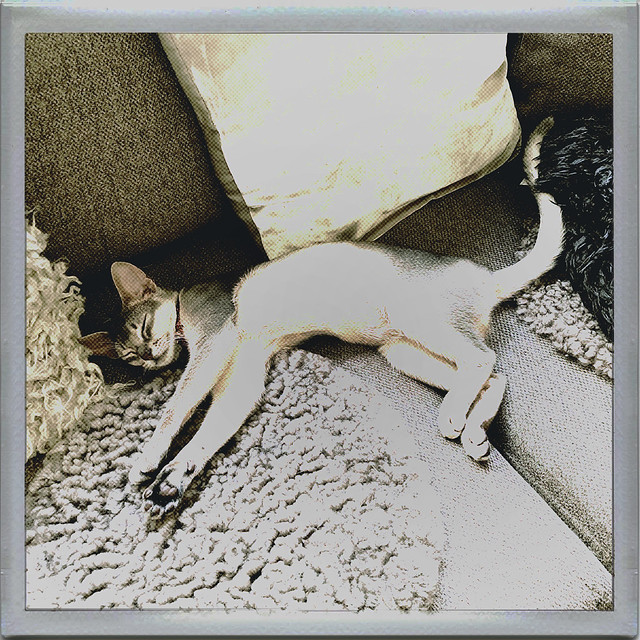 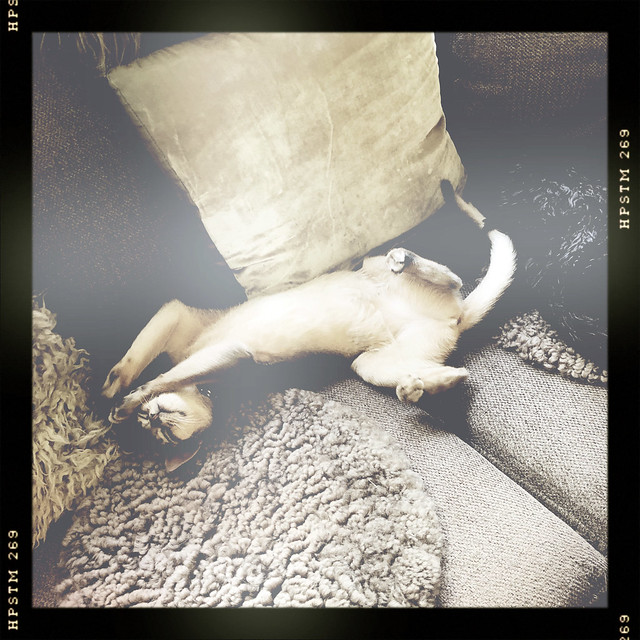 She’s a very entertaining sleeper, to say the least. 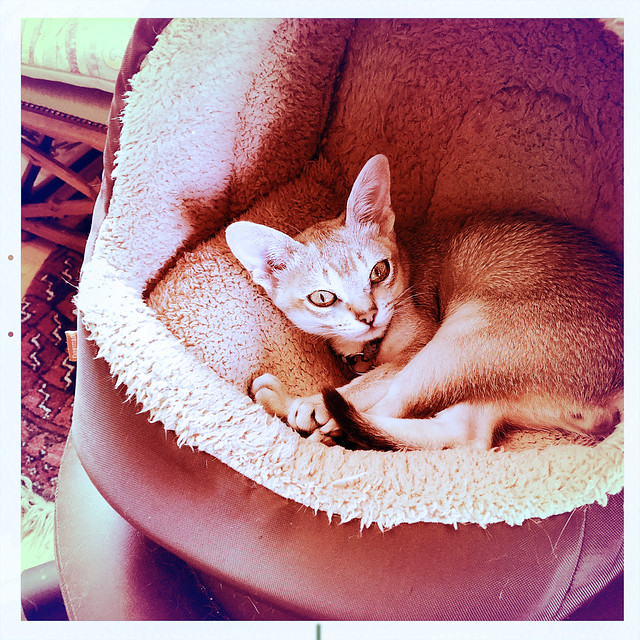 Next we have Izaak. 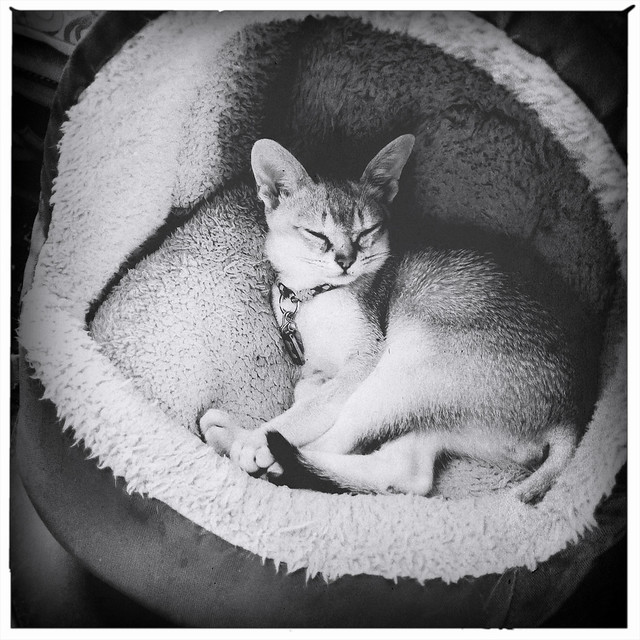 Funny thing about Zak. He is a Singapura, and he looks so much like Logan. But he is so different from Logan. Except… 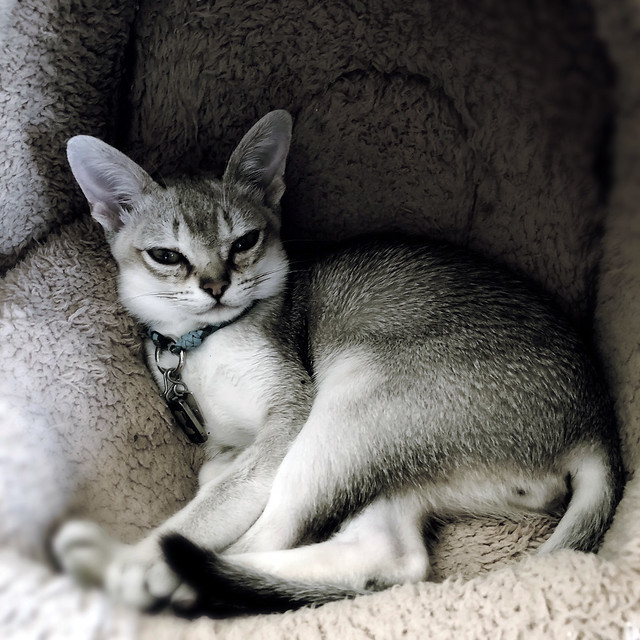 …Oddly, he does some things that only Logan did, like sleep on the cable box, scratch on the rubber litter mat, and sleep in this bed on a regular basis. It’s a bit surreal. 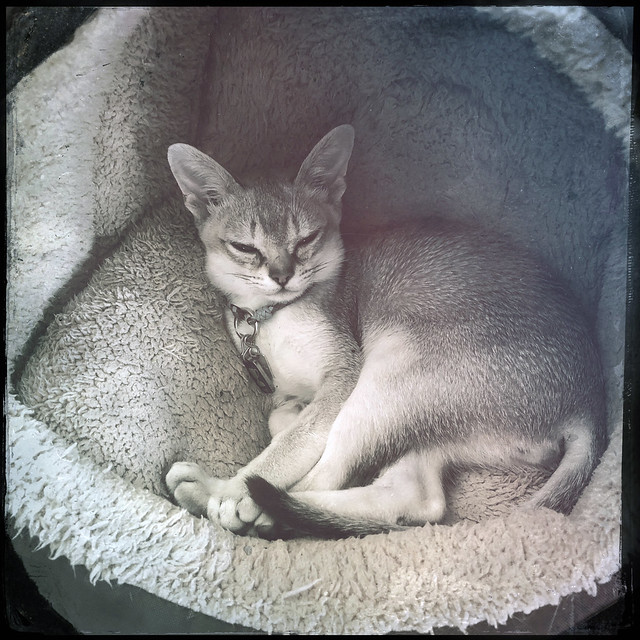 He’s 98% different from Logan…and then he does things only Logan did. So you see what I mean. 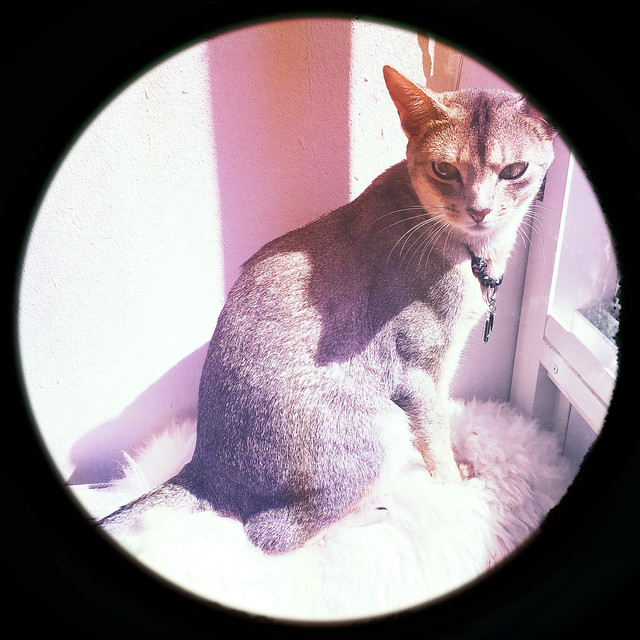 Next is our stalwart Alfred. 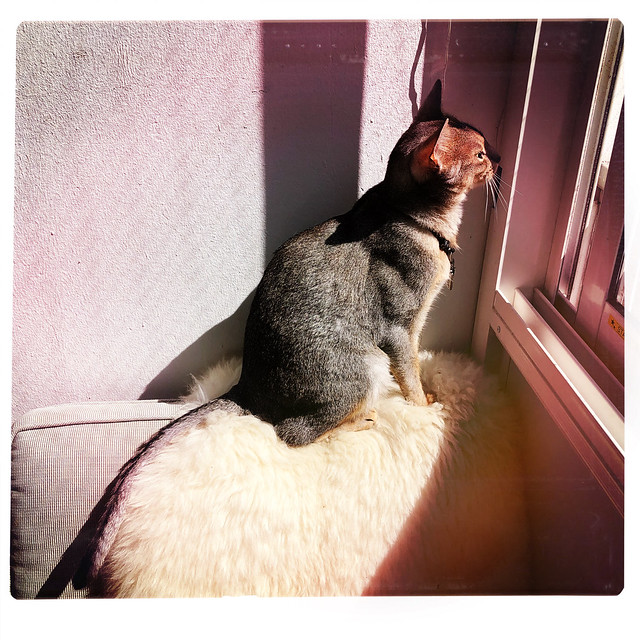 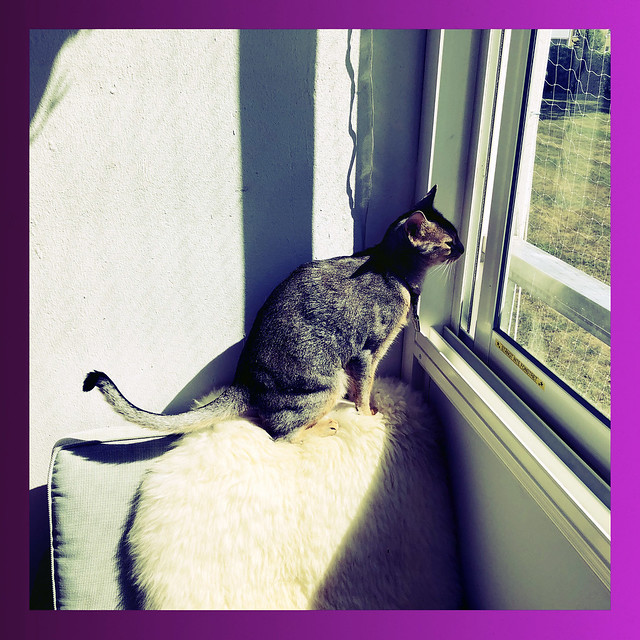 What would we do without Freddy? 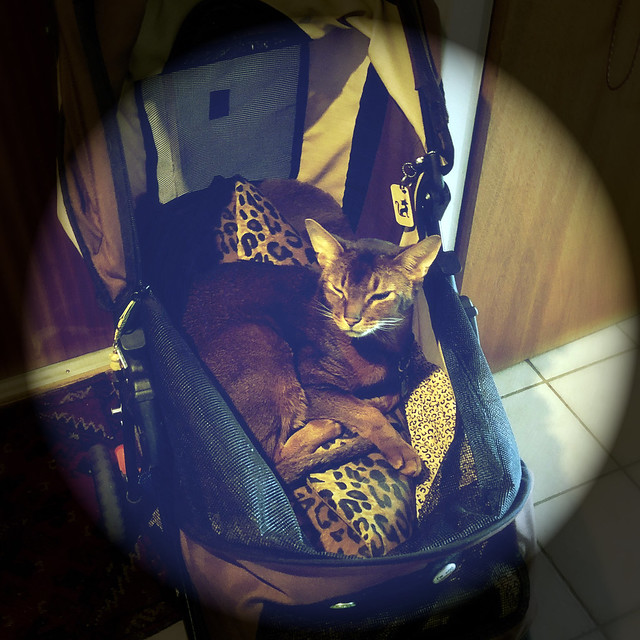 These photos were taken whilst we were waiting for Jacoby’s vet appointment in Jönköping, so we had his smaller stroller upstairs in preparation. 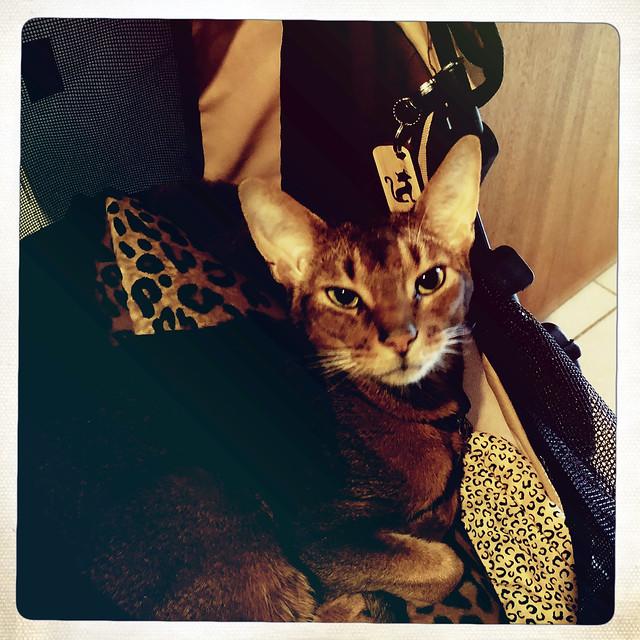 As long as that thing was upstairs, Jake was in it. 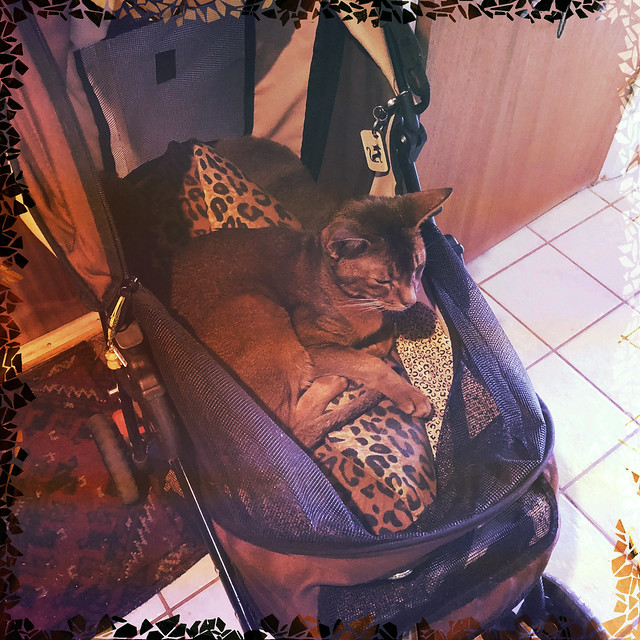 It’s his flimsy travel stroller and not his yellow therapy stroller, but he loves it all the same. 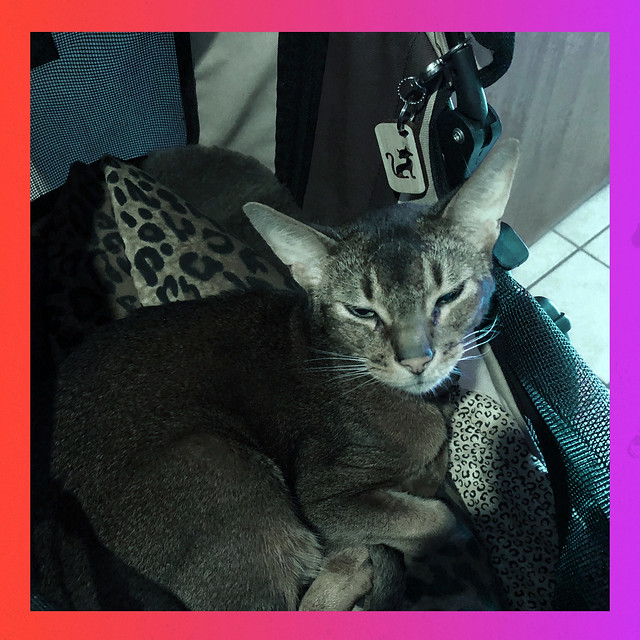 I think he spent most of his time napping in his stroller as long as we had it upstairs. 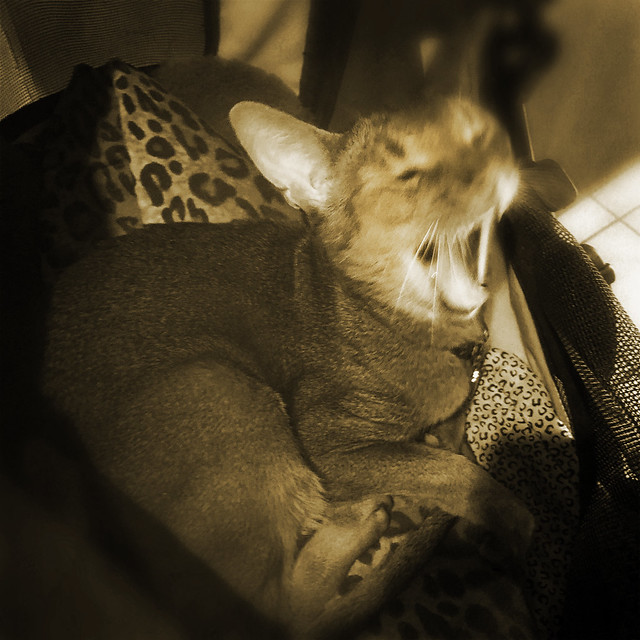 Okay, Jake…go back to sleep. 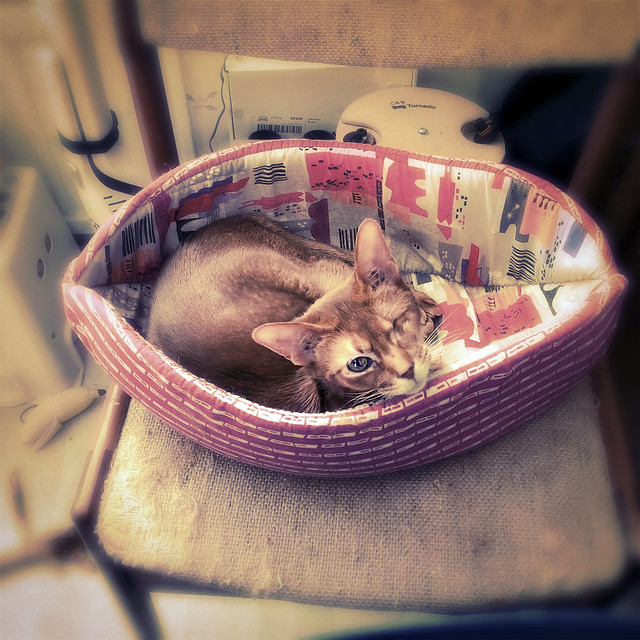 Last but not least, we have Angel. 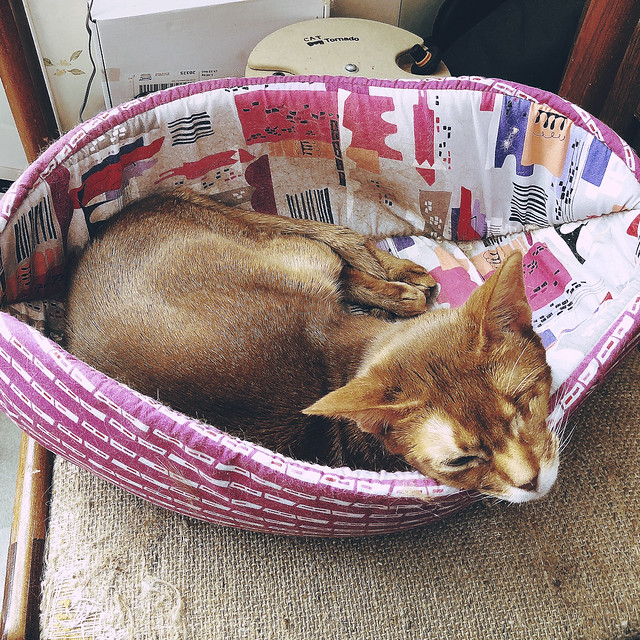 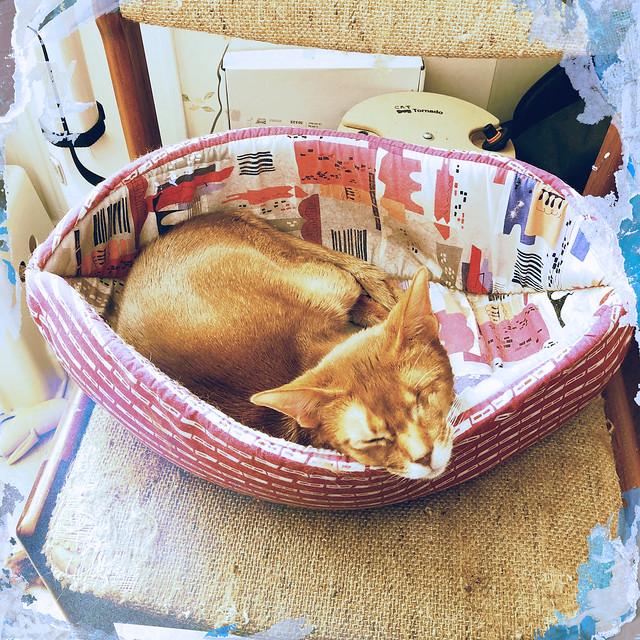 Exactly where she was the last time I did a Hipstamatic Monday post. 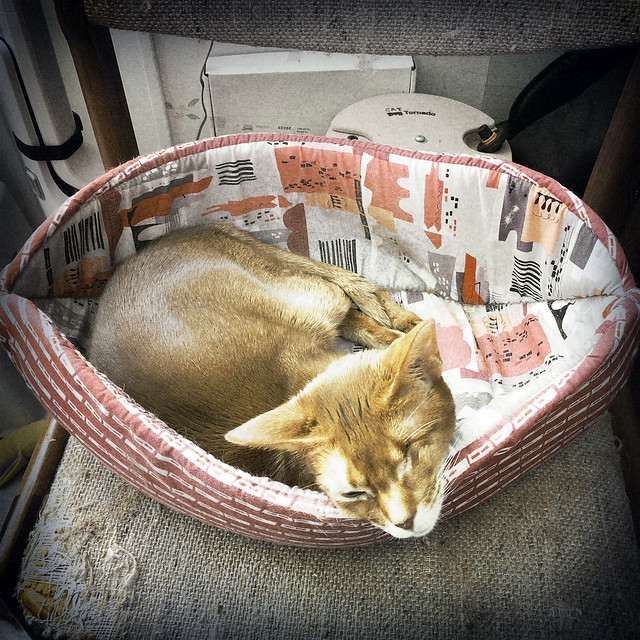