Today is Izaak’s six-month birthday. He’s old enough to be an apprentice, now. 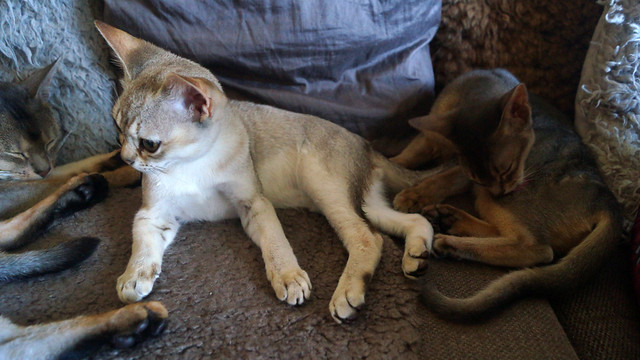 Despite the fact that Zak is 12 days older than Lorelai, she is bigger than he is. I call him her “big little brother.” 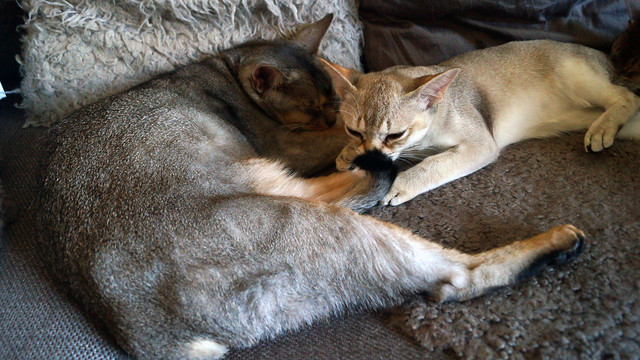 Of course, to Alfred, Zak is almost like having Logan back. 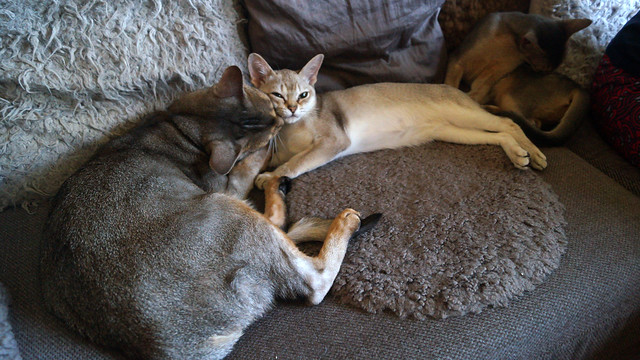 Not exactly, but almost. 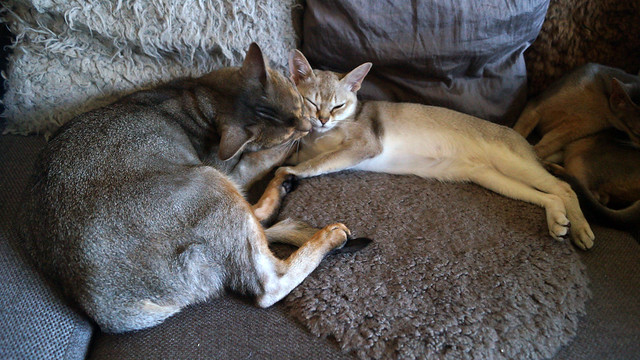 What’s clear is, Freddy has an attachment to the Singapura face. 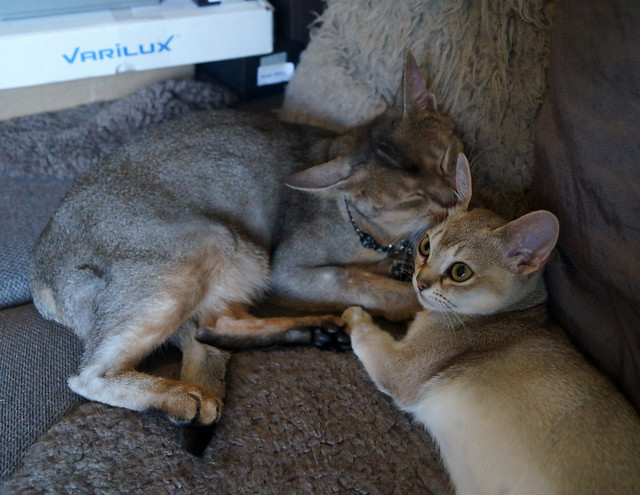 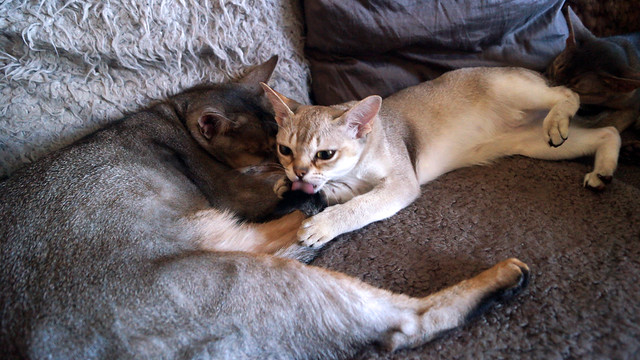 And Zak clearly likes Freddy back…but it’s not the endless, “brothers from another mother,” love. 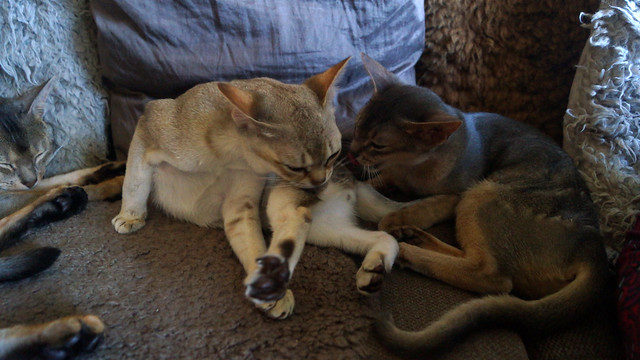 But of course the dynamic between Zak and Rory is different. For one thing, they can never be “brothers” from another mother, because Rory is a sister. But they aren’t even like siblings at all. These two are more like…friends. 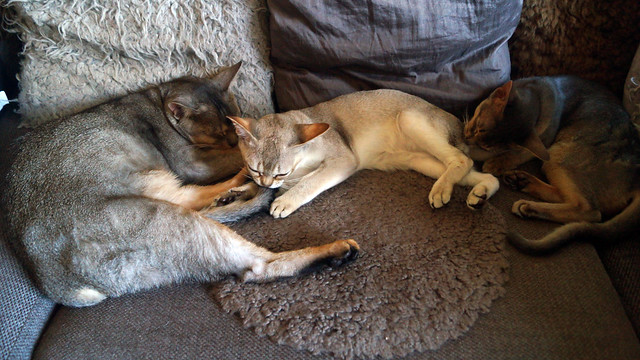 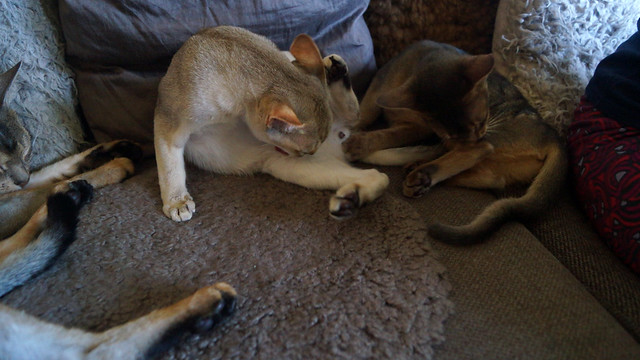 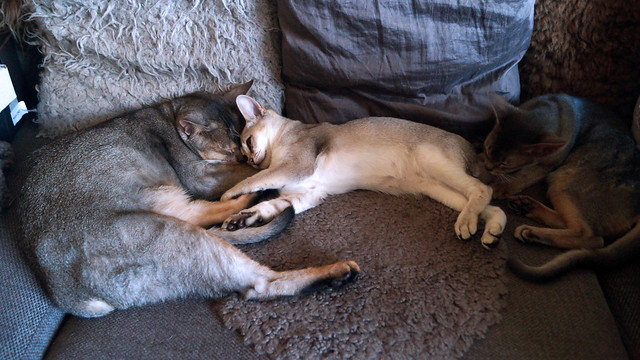 But the truth is, Zak is the bridge between Freddy’s generation and Rory’s. At least, I like to think of it like that. 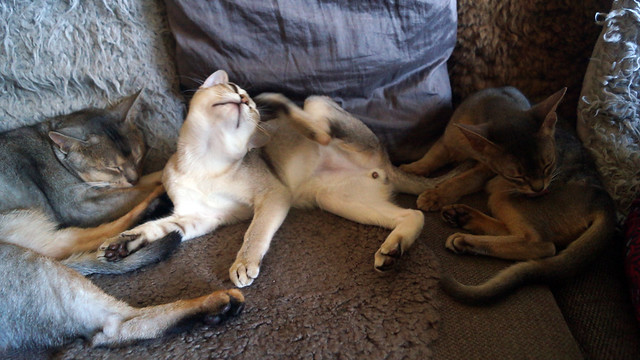