One day Björn and I were at one of our favourite second-hand stores, and we came across three very interesting bronze cat statues from the 1980’s. The detail was rather marvelous on them, and they were quite solid. Of course, I couldn’t leave them behind. All three are signed by Magnus G:son Liedholm, who, we discovered, is well-known Swedish metal artist. 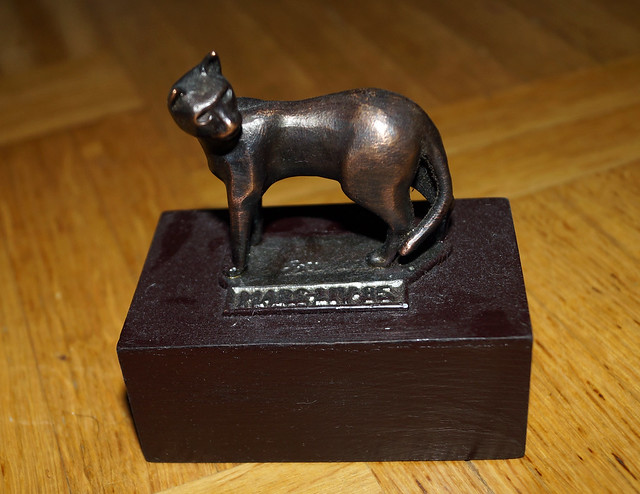 All of the cats have “MARS LIV” and a year on a separate bronze plate. The oldest is dated 1985 and is a rather plain standing cat. 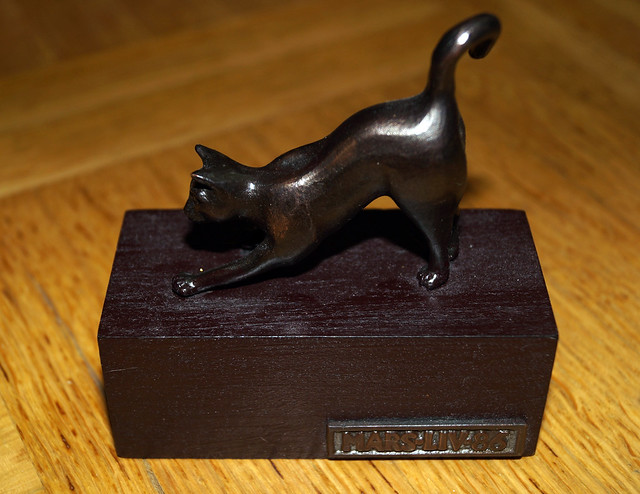 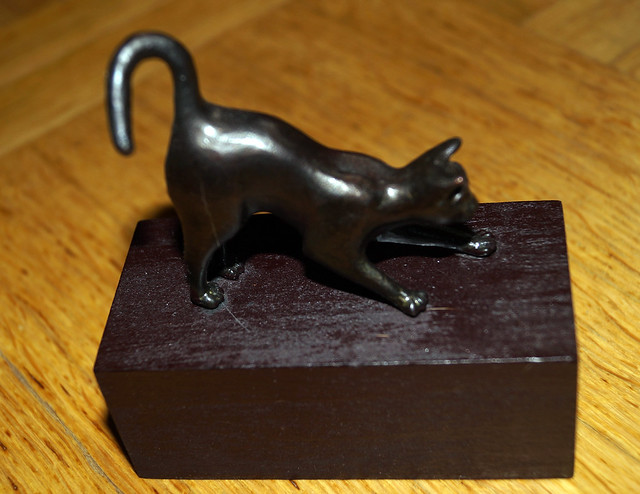 I love that the two front paws are not together. 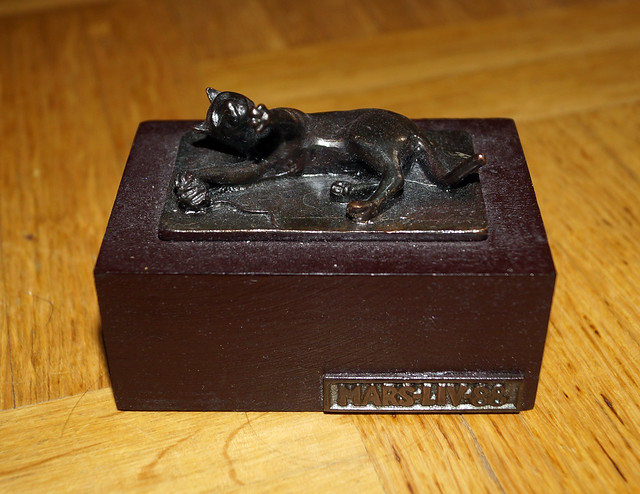 My favourite is the third statue, dated 1988, with a cat rolling playfully onto its back. I love the one paw in the air! 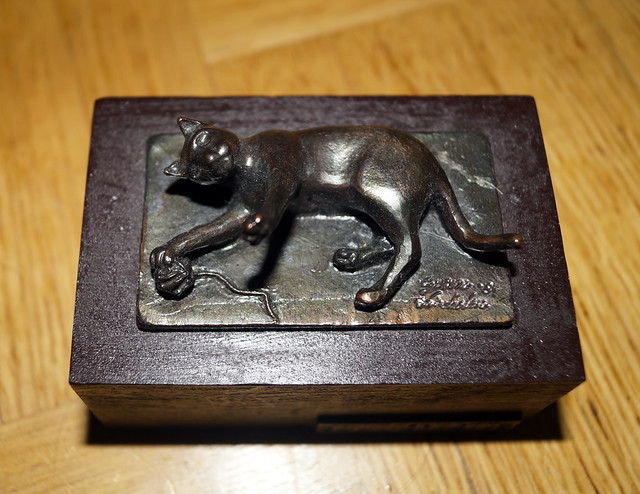 No matter how hard we Googled, we could not find out what “Mars Liv” is or was. But we did discover that there is at least one other statue out there, a sitting cat with several kittens (?) inside. It also appears that they used the same cats for different years and also multiple cats for the same years; we found the standing cat also dated ’83 and ’84, the lying cat dated ’84, and the stretching cat dated ’85. I wish I could discover what they were made to commemorate, because they are just so wonderful. 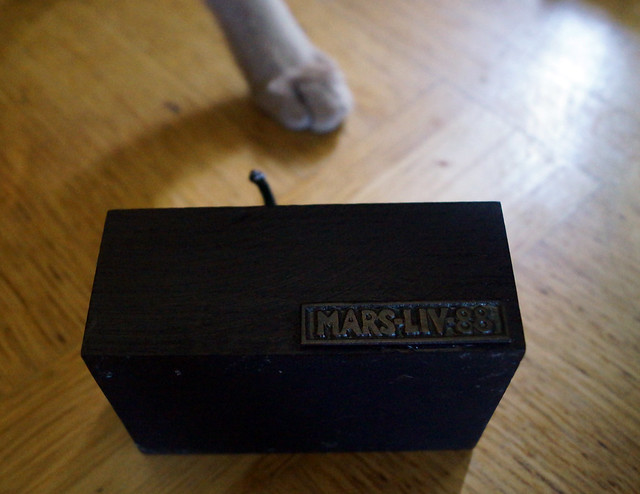 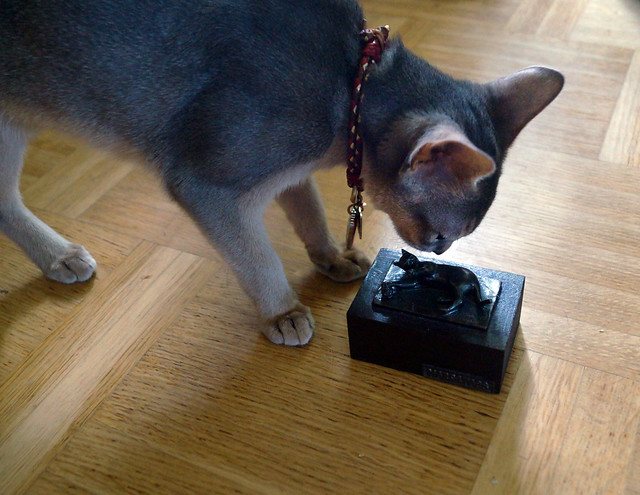 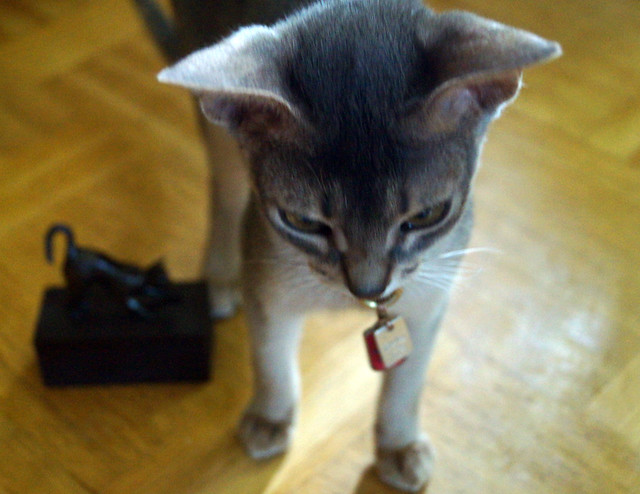 What would I ever do without you, Rory?