Recently our nearby pet store started carrying Vaisto Mush frozen chicken necks. This is the same brand that makes the raw balls I feed them, so I thought I would get them to see if they liked them. At the very least, I thought, Alfred will eat them because he loves to chew on bones. 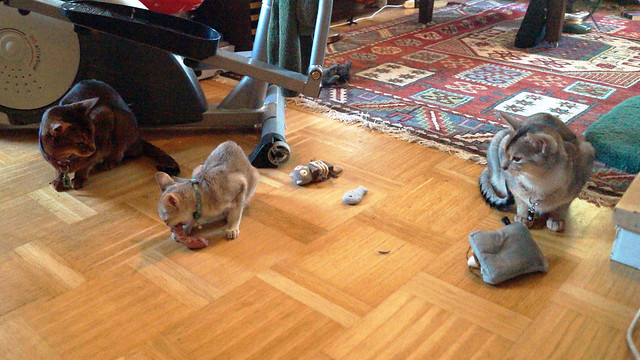 Well, I wasn’t wrong. Freddy does like them. But I was surprised that Izaak really loved them. 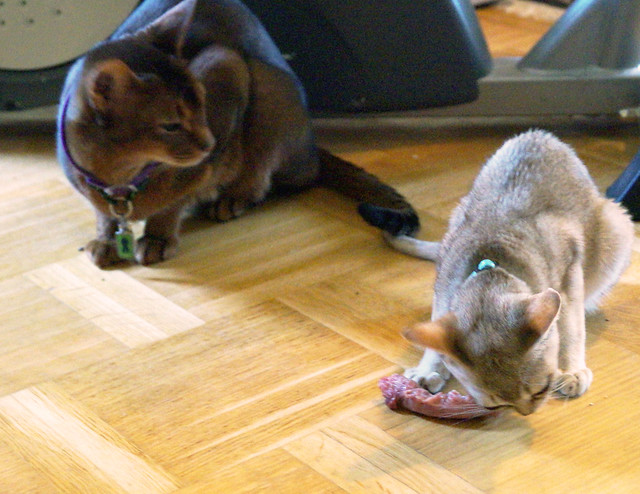 This is the very first time I gave Zak a chicken neck. Not only did he attack it, but he guarded it, growling and snarling as he ate it. 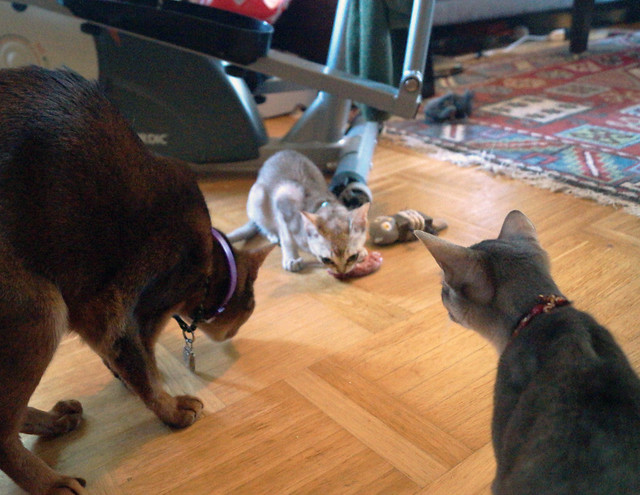 Despite being the smallest cat in our household (and this was right after he came to live with us), he managed to keep Jacoby, Lorelai and Freddy at bay. Angel didn’t even try.

Here’s a video of that first encounter with a chicken neck. I hope you can hear the growling! 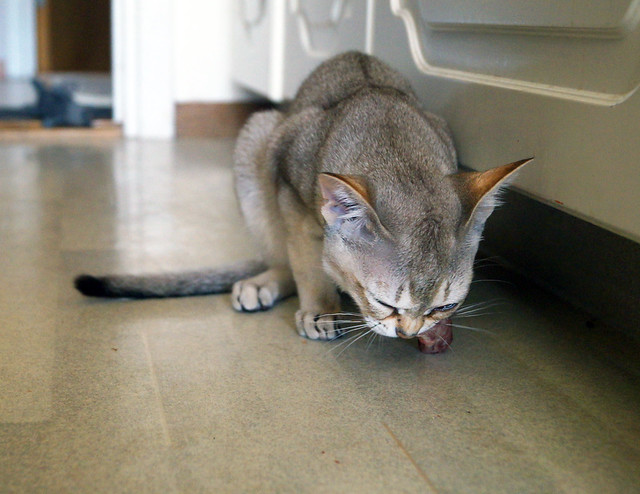 Zak is now addicted to these things. Everytime I go near the refrigerator, he yells at me to open the door and give him a neck! I try to limit them, because too many bones can cause constipation. But it’s hard not to give him one when he is so insistent. 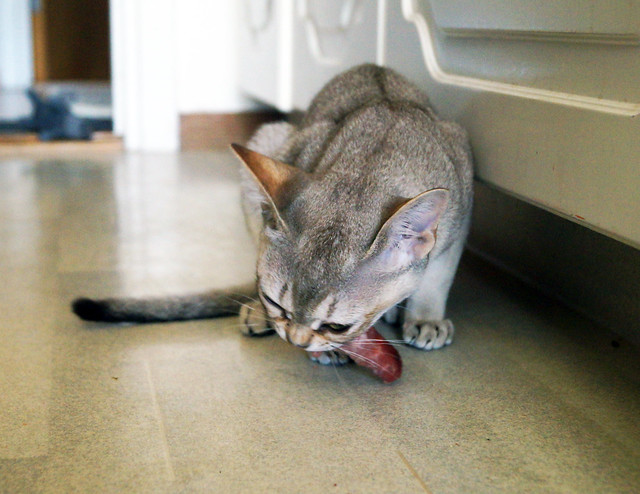 And he is so funny to watch! Even if no cat is around, he growls, snarls and hisses. 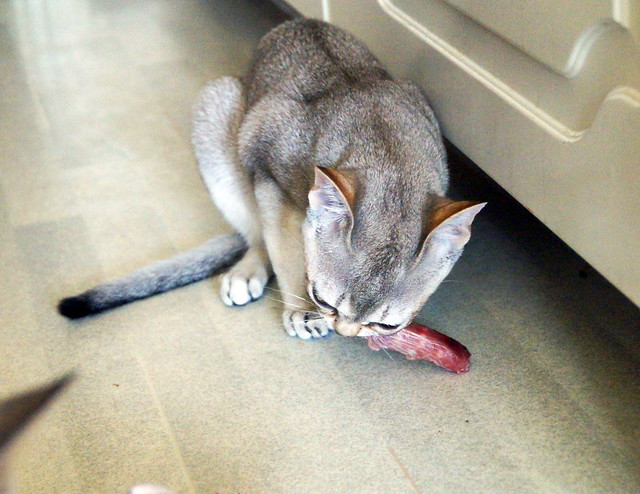 …But if anyone gets too close… 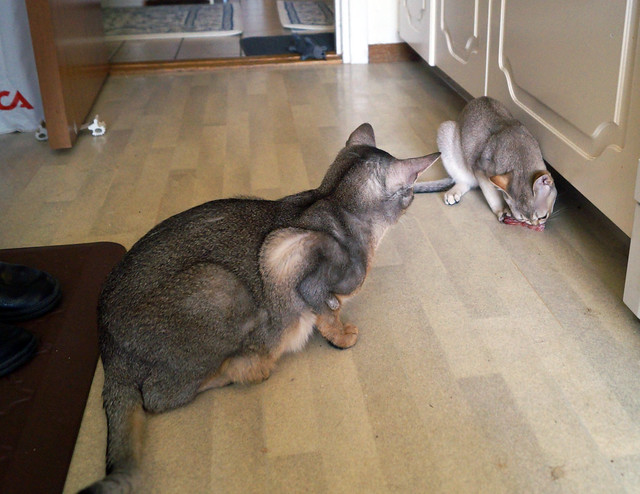 Look at Freddy! He doesn’t even try to take it from Zak! He knows from past encounters, he can’t win. 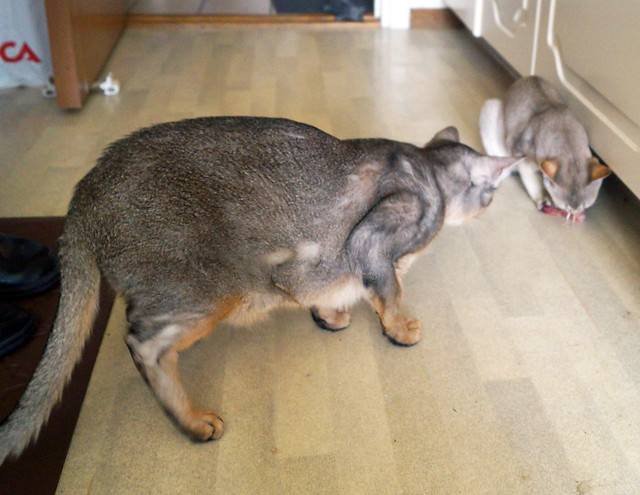 The best he can do is hope for leftovers. Even though he weighs more than double what Zak does (4kg to Zak’s 1.8kg), he just won’t go there.

Here’s a video I made this afternoon showing the stand off. Towards the beginning, Zak hisses with his mouth full of neck. It’s pretty funny to hear!

One thought on “Aby-a-Day – 5 August: MINE (Singapura Sunday)”