Despite not feeling well, Jacoby is still on the constant lookout for anything edible. 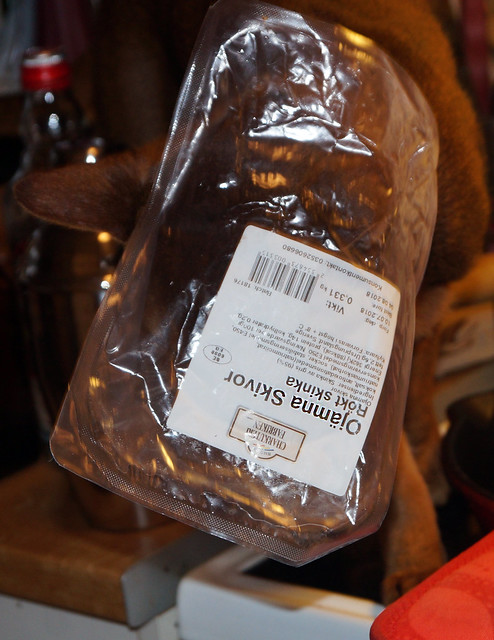 The other night we made some pasta sauce using some short-dated roasted ham bits in it. We rinsed out the bag it came packaged in and set it on the draining board to dry out for recycling…the same as we do for any plastic meat packaging. 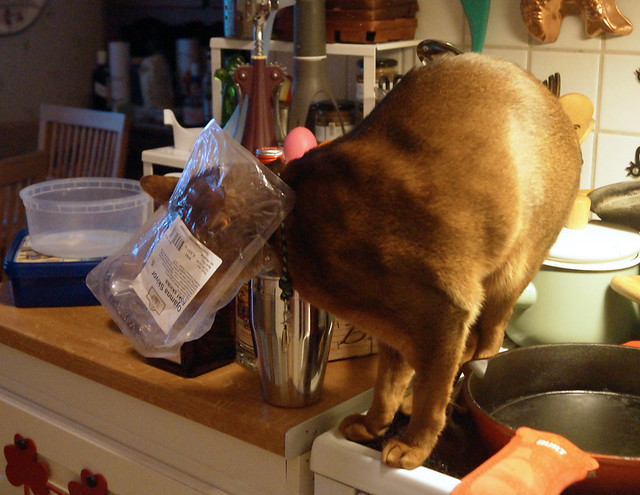 And, usually, that’s not a problem. While Jake does chew on plastic shopping bags, the bags meat comes sealed in is apparently not the right consistency for eating. He’s never bothered that plastic before. 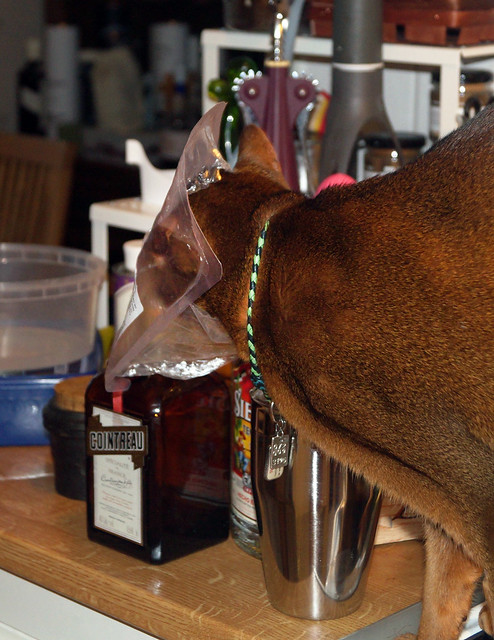 But this particular evening… 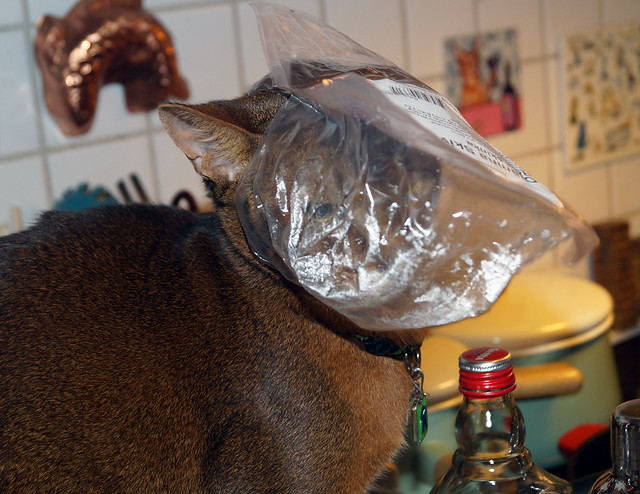 …Jake was after something other than plastic. 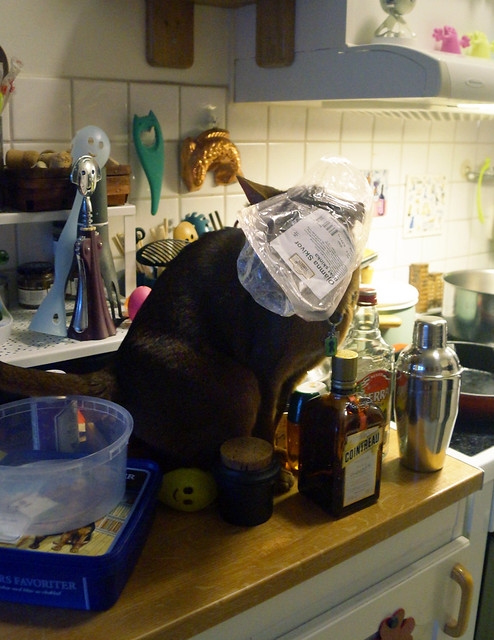 Evidently, he just really thought there was some meat left in the bag, and he went for it. 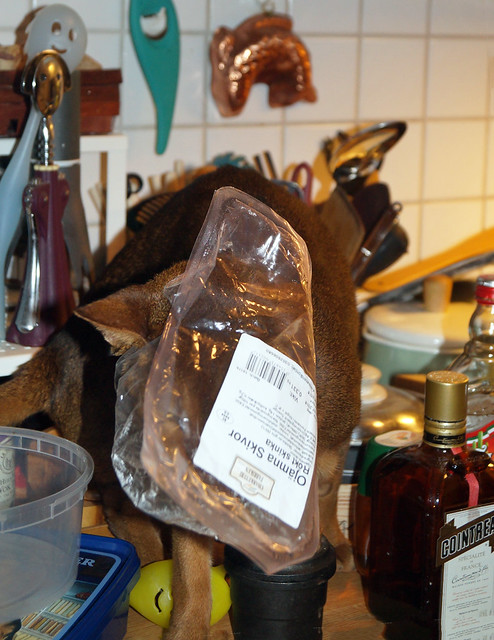 And then he couldn’t seem to shake the packet off his face. 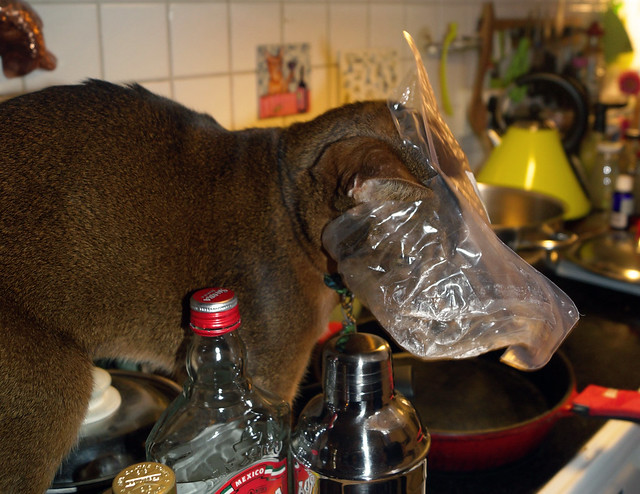 But he didn’t panic or freak out or anything. He just sat there. Jake seemed resigned to wearing ham-scented plastic on his head for the rest of his life. 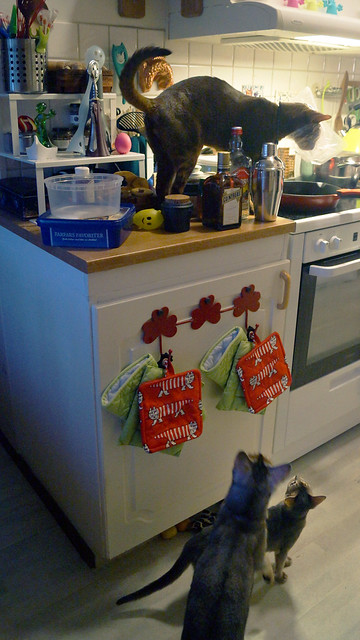 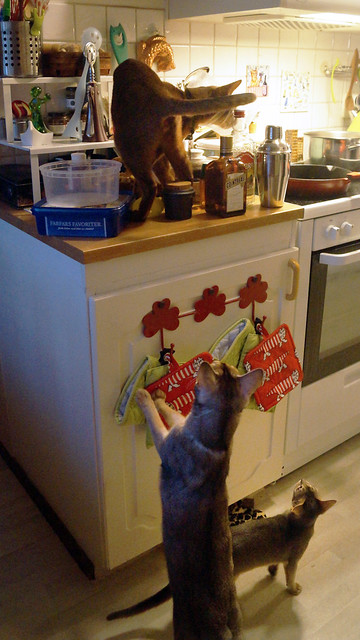 Alfred and Lorelai seemed quite concerned. Either that, or they wanted to make sure that Jake wasn’t actually eating any ham… 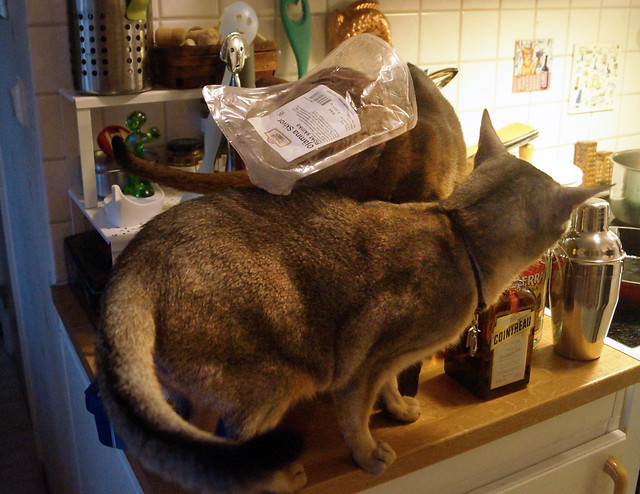 …whichever it was, Freddy jumped up to see what he could do. 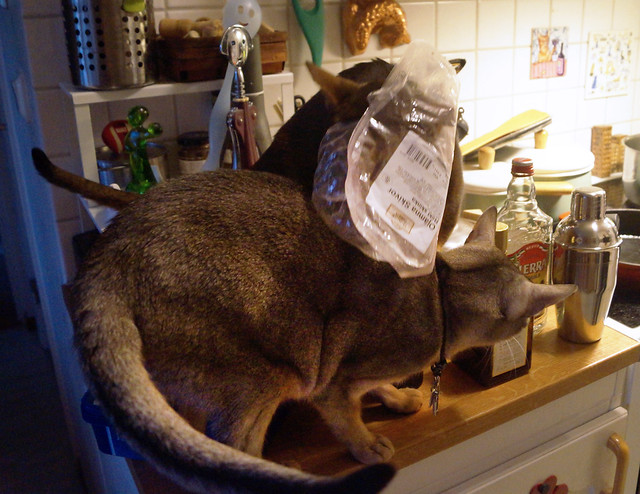 I don’t think you’re helping there, Fred. I finally helped Jake shake off his plastic porcine mask. What I love about Jake is how when something like this happens, he never panics. He remains dead calm. Like that time he got stuck in a plastic shopping bag, he just waits…he knows he’ll either get out of it himself, or a human will come along and help him. No worries.