We’re at a cat show this weekend, but I am still processing the photos I took today, so I don’t have a show report prepared yet. 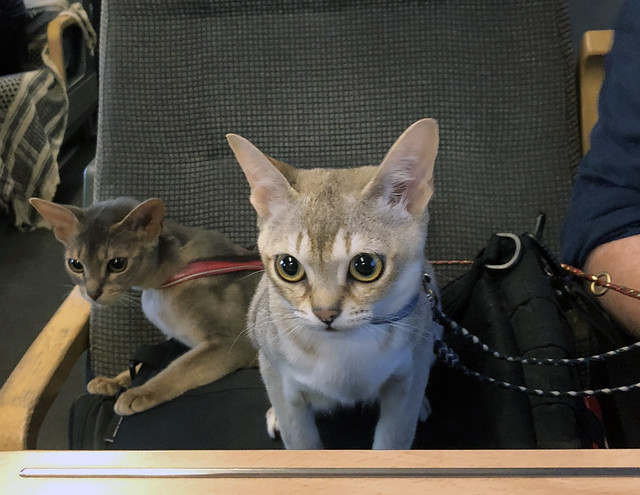 So instead, let’s talk about getting to the show, which is a two-hour train ride to Stockholm and then a commuter train to a hotel near the show hall. 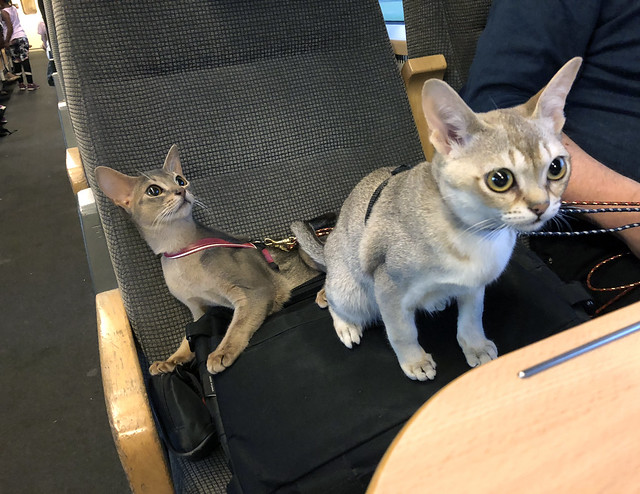 We took the train from Skövde to Stockholm. This was Lorelai’s second train ride with us, and Izaak’s first since I collected him from Arlanda’s cargo department back in June. It’s Rory’s second show, and Zak’s first. 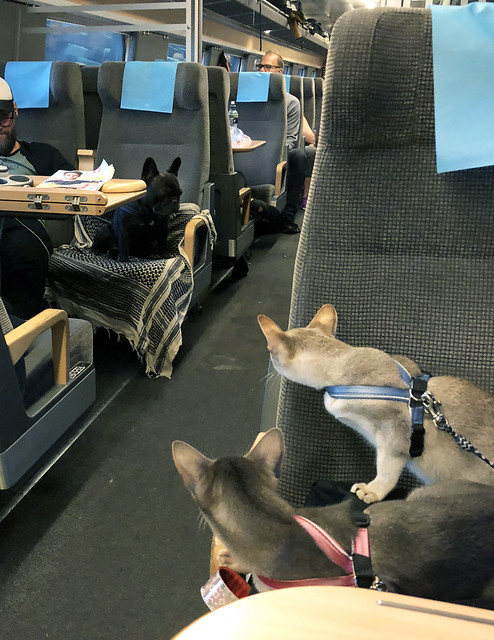 In our car, there was another animal passenger, a black French bulldog. This was very interesting to Rory and Zak. 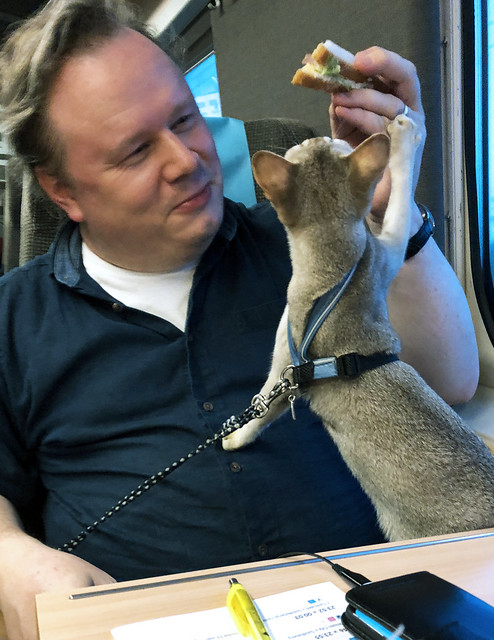 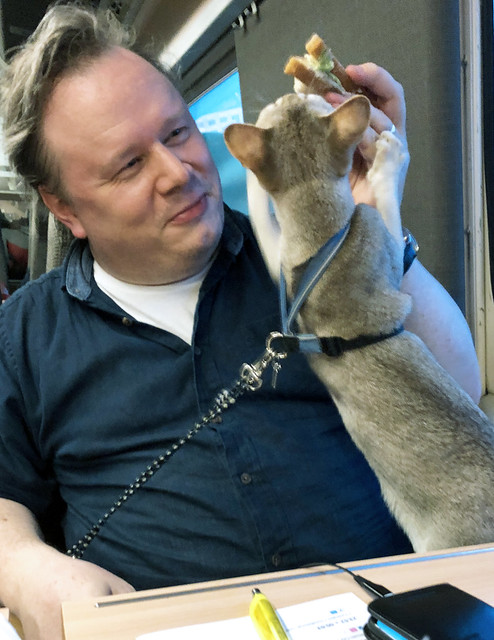 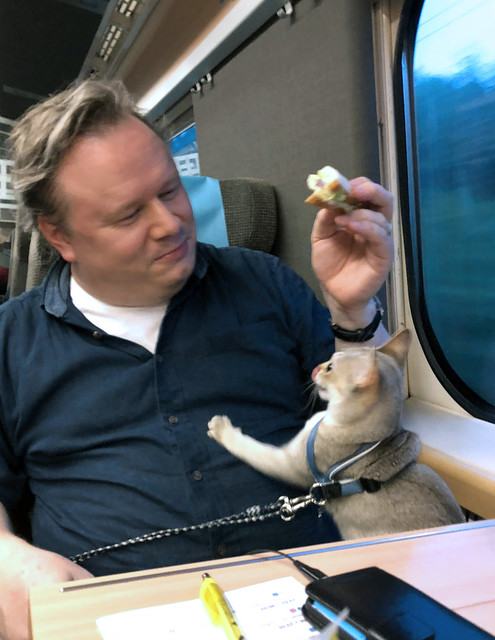 Although perhaps not as interesting as Björn’s sandwich… 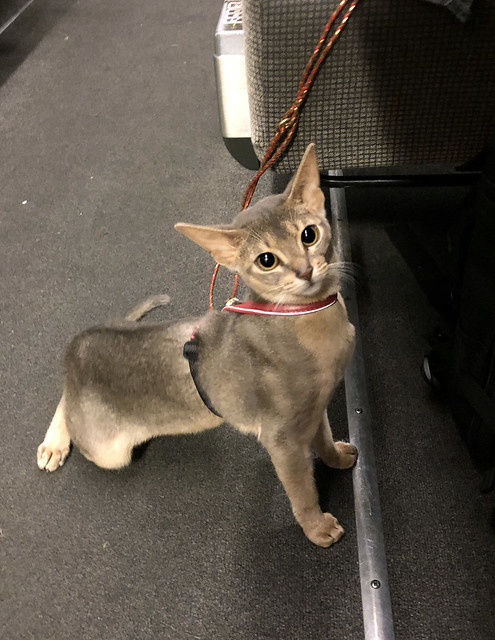 Our first train ride with two kittens was mostly uneventful. 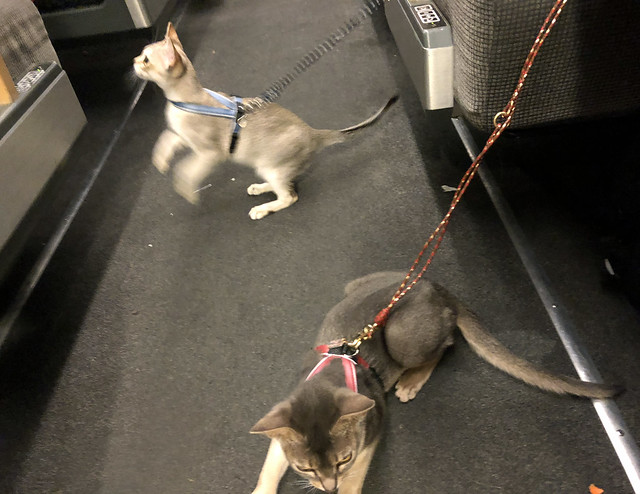 “Mostly” being the operative word. Zak managed to slip his harness and hide under a seat in another section of the train. That was fun. 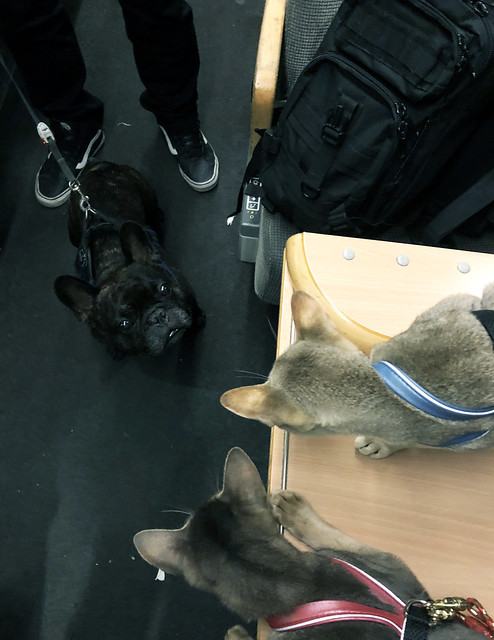 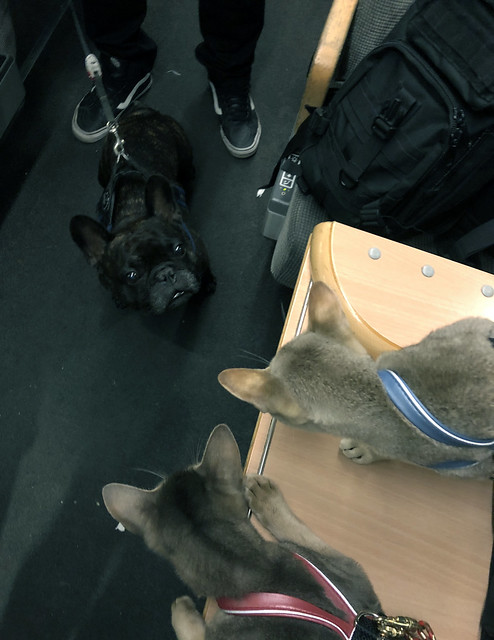 There was also an interesting moment when the Frenchy got off the train. 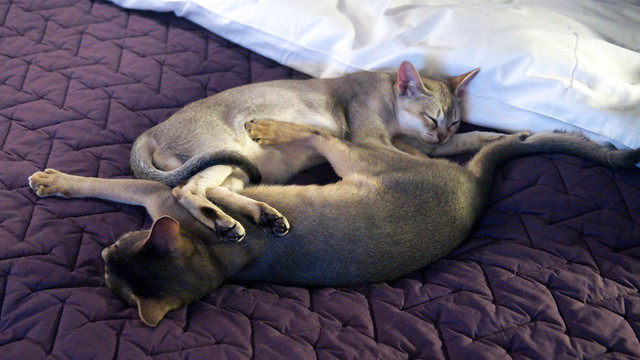 It was pretty late when we finally checked into our hotel room (Rory’s second, Zak’s first), but they wasted no time getting comfortable. 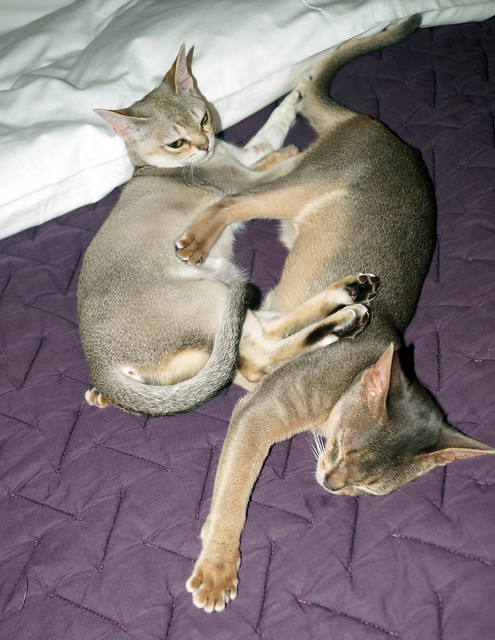 And they were adorably comfortable… 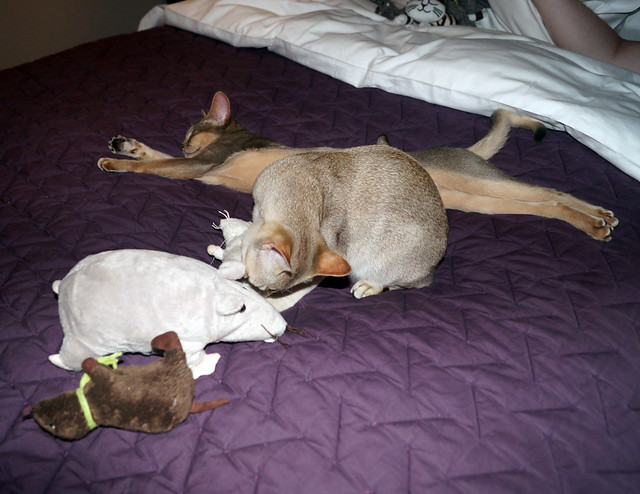