Okay, first off I need to apologise for today’s post. We are all four of us exhausted after a long, hot day at the show and what ended up being a nearly six-hour trip home with the kittens’ stroller and two wicked heavy bags. But I also know how much you want to know what happened. 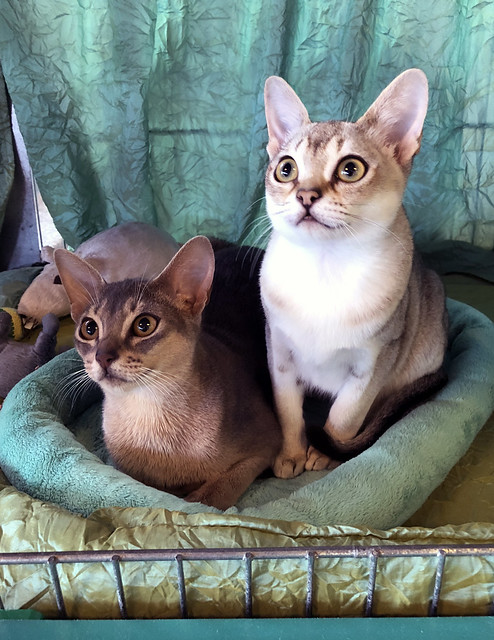 It was a very interesting Abyssinian class this show. Six ruddies, eight blues, four reds and a fawn! I don’t think I have been to a show when the blues dominated the breed.

On Saturday, Lorelai competed against her littermates Maya and Manne. Rory took Ex2, Maya Ex1 and Manne was Best in Variety (BIV).

This was Izaak’s first show day, and he was up against a Bengal and an Ocicat in Class 12 (Kittens 4-6 months). He got an Ex1, but wasn’t nominated. However, our friend Jenny’s Singapura, S*Kustens Follia d’Amore aka Skilla, was nominated and won Best in Show (BIS)!

On Sunday, Rory again competed against her brother and sister, but this time, she was Ex1 and her sister Maya was Ex2. However, brother Manne still took BIV. He also got the NOM, but ultimately lost to a pretty Siamese.

Zak got another Ex1, and he was up against a Bengal for the Nomination. He lost to the Bengal, but it was a close decision. 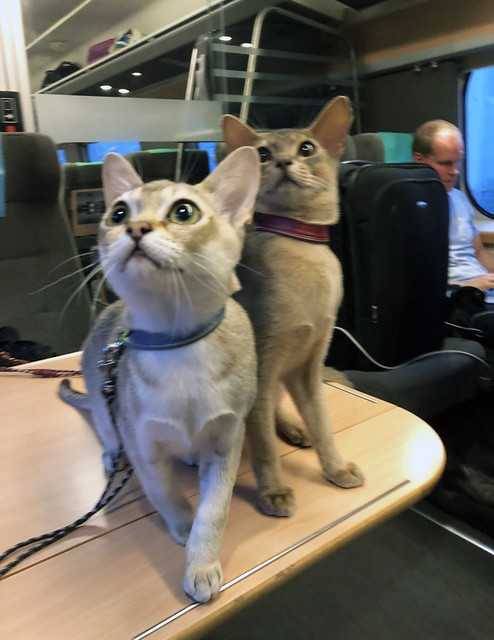 However, how Zak and Rory did in the show is nothing compared to how they did during the long trip involving regional trains, light rail trains, cabs and buses. It was hard on me and Björn, so I don’t know what two six month old kittens thought of all that. 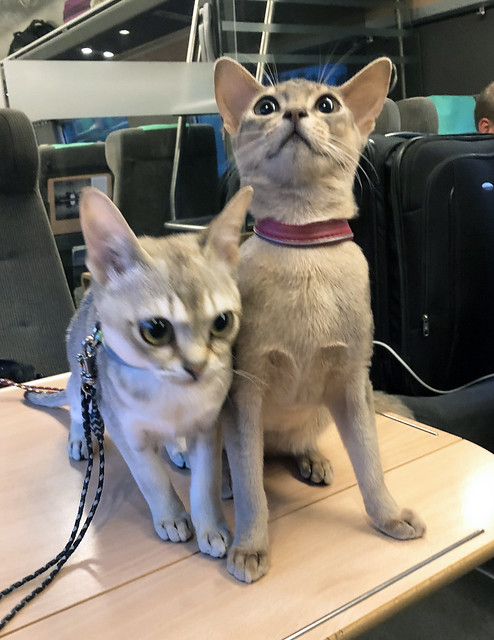 Zak and Rory were awesome throughout it all. They almost never meowed, they stayed on the table or in our laps on the train, they were unfazed by loud noises or dogs (there were two large dogs in our car), and other people barely noticed them – they were surprised to see kittens in out stroller instead of a child! And they did marvellously at the show itself, being unfazed by the noise or the other cats.

The other exciting part of the show was the Litter class. CFA doesn’t have this, but in FIFe, three or more kittens (under 7 months) are judged together as part of a litter and compete against other litters! On both days, there were no other Cat. 4 litters entered, so Kajza’s kittens were BIS. The littermates are also ranked within the litter, and on the first day, the ranking was Manne, then Maya, and finally Rory…but on the second day with a different judge, the ranking was Rory first, then Maya, and finally Manne. So it just goes to show how a different day and a different judge can change everthing. 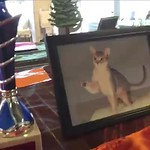 Here is a little movie that Eva made showing her star kittens (click image to see video).