Alfred is an evil genius, an avid hunter…and a klutz. Not a good combination. 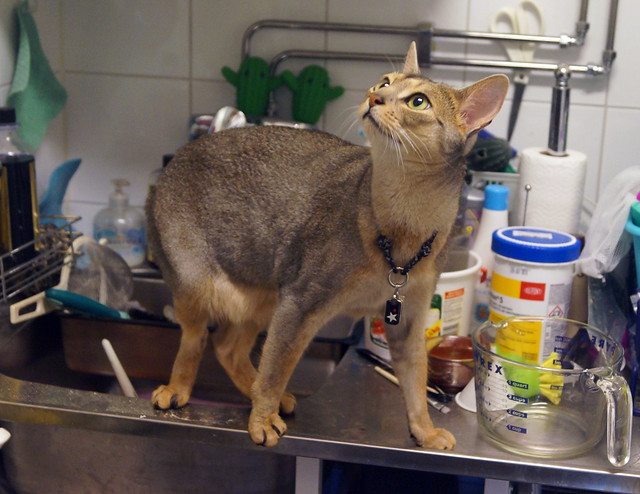 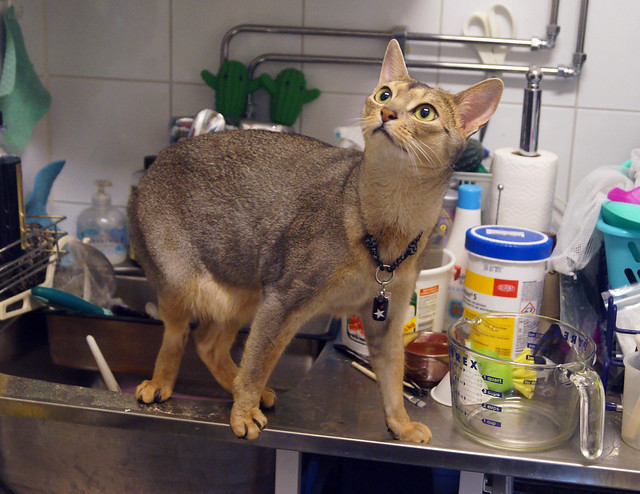 This is Freddy in the laundry room. Once upon a time, we stored bags of dry cat food on the shelves of a tall shelf just out of frame, the top of which you can see Freddy speculatively eying. 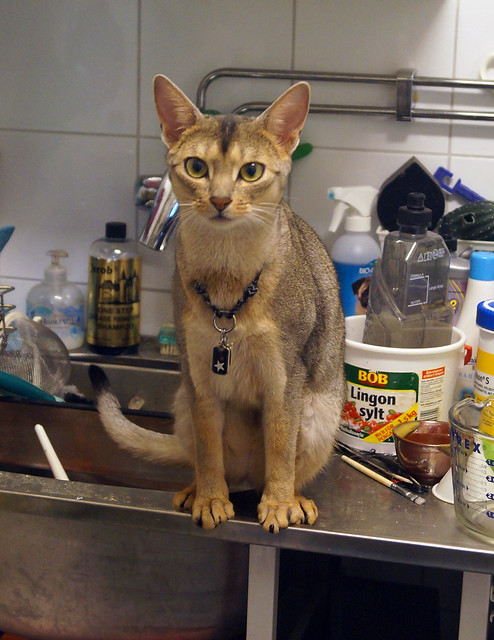 Now all the bags have been chewed through, re-bagged, and stuffed into sealed, plastic bins. 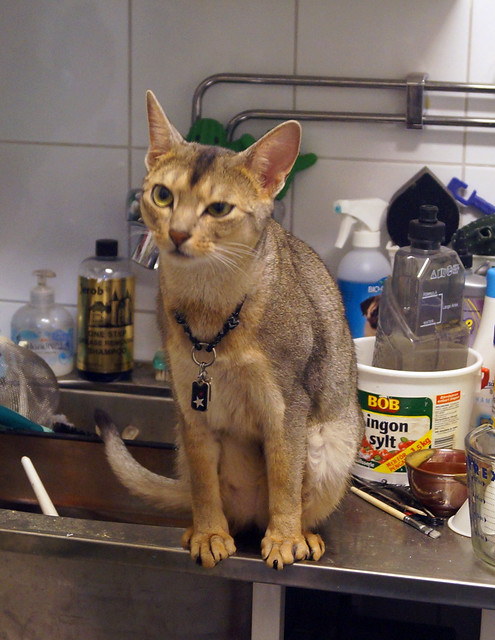 Not that he never stops trying to get at them. “There was food there before, there will be again” is his motto. 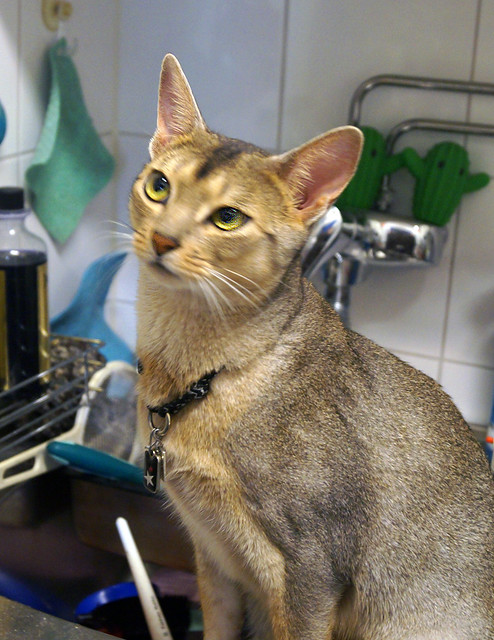 I mean, look at him sizing up the shelving! We have had to put a latch on the door because if it’s not shut properly he can shoulder it open. 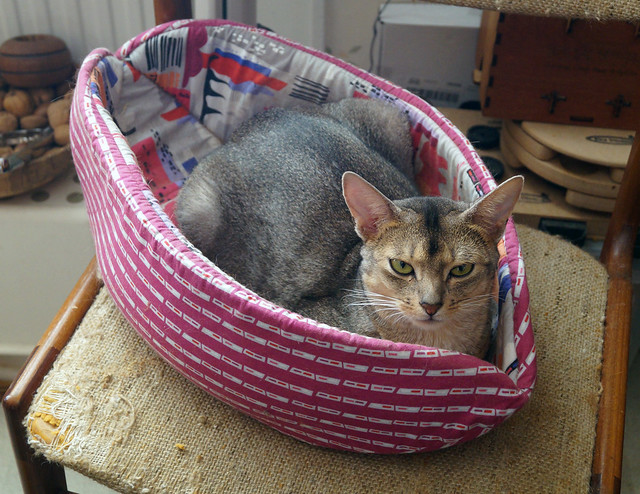 Meanwhile, throughout the rest of the house… 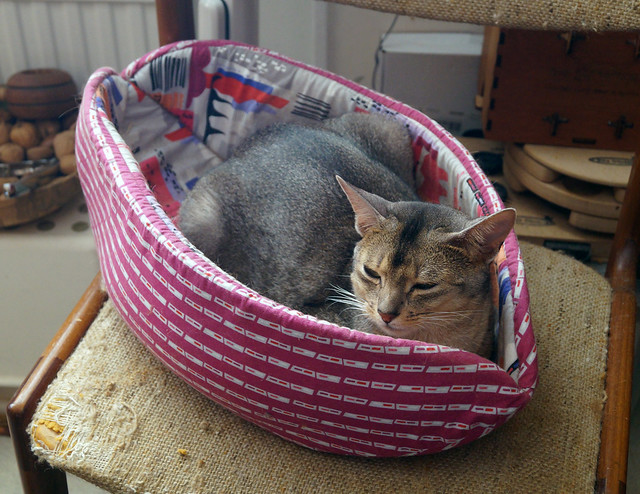 …I think he’s chasing flying insects. I have no idea. All I know is things from the top of the bookcases and the liquor cabinet are ending up on the floor. Sometimes they’re repairable things. Sometimes…like the Hagen-Renaker 1950’s California ceramic Siamese cat “Seated Sookie” last night…not so much. 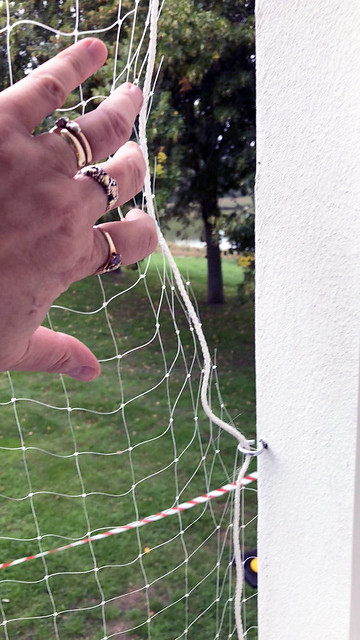 But the most worrisome habit he’s recently picked up is…he has cracked the mystery of the catio netting! He has discovered a loose spot on one side of the netting that he can get through – no one else has discovered it, yet, thank goodness – but we are back to having to keep the balcony locked up the way it was before we had any netting at all until we can work out a way to fix the loophole. 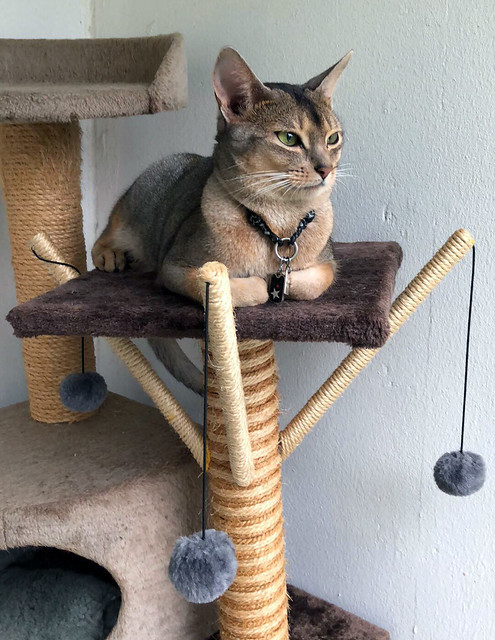 Sometimes, I wish Abys weren’t quite so smart.

(Edit: As I was writing this post, despite our best efforts, Freddy actually got out through the balcony AGAIN! Third time today!)

4 thoughts on “Aby-a-Day – 1 September: You’re why we can’t have nice things (Silly Saturday)”