Yesterday’s post prompted a discussion of “Grabby Aby hands,” and I was reminded of this set of photos I took back in August 2016, just a couple of months after I moved to Sweden with Jacoby and Angel. 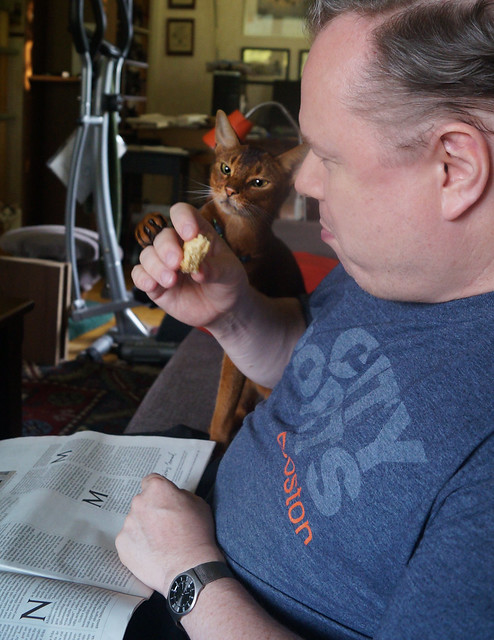 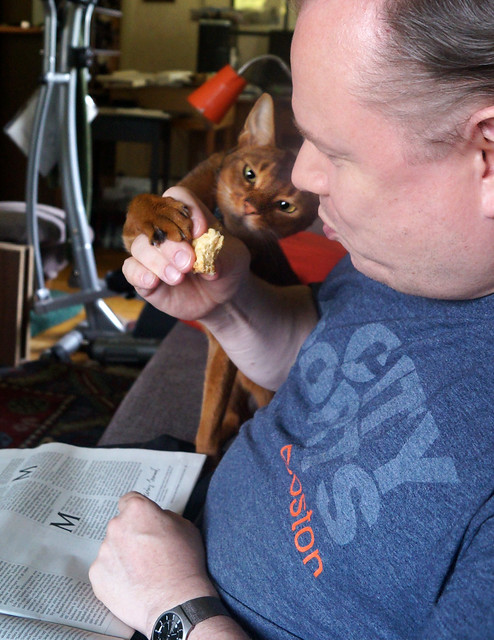 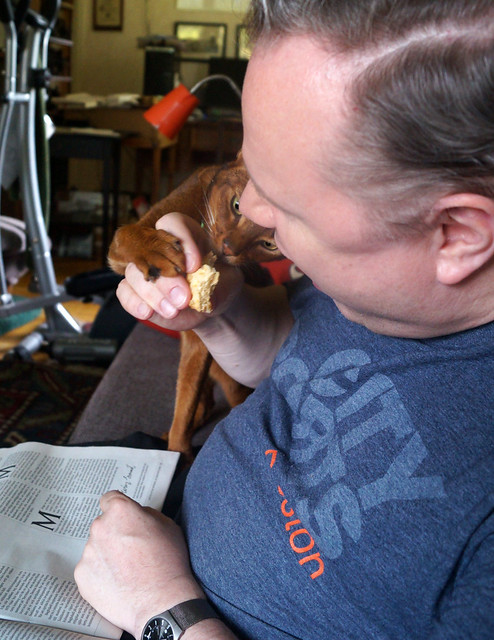 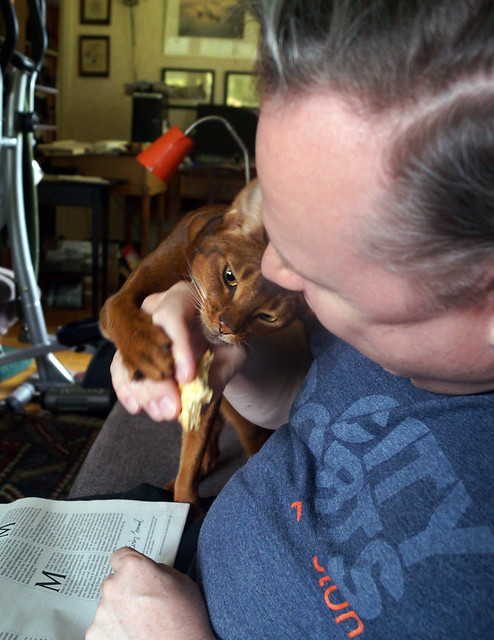 Björn was eating something bread-based, and Jake wanted it. 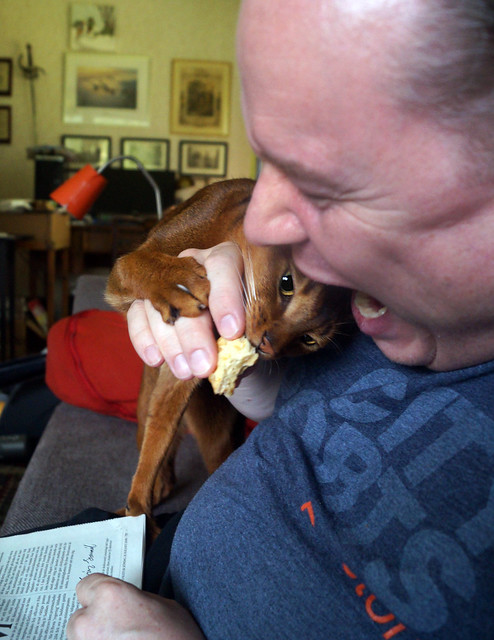 Look at how Jake inserted himself between Björn’s hand and his mouth! 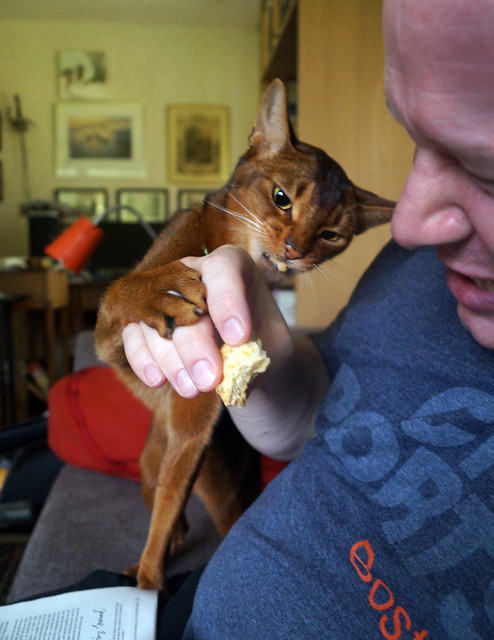 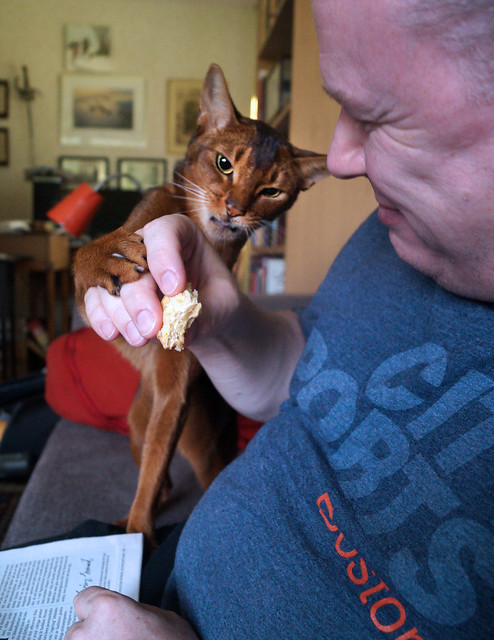 Jake wanted a taste of whatever Björn was eating. 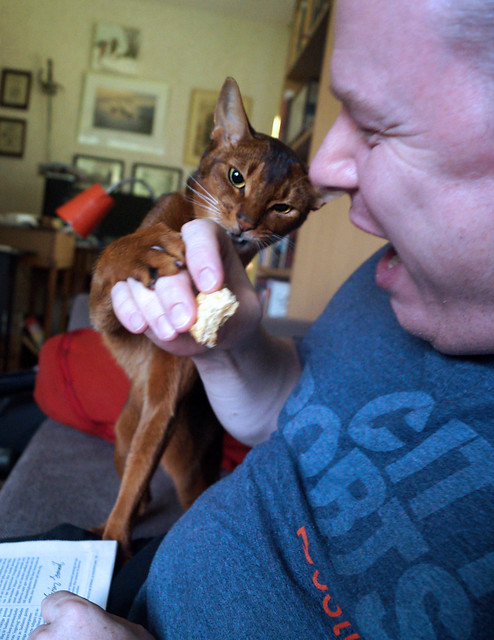 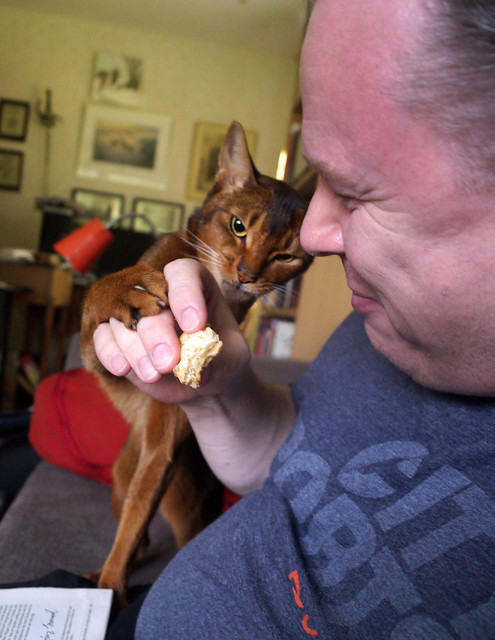 And he was pretty insistent. 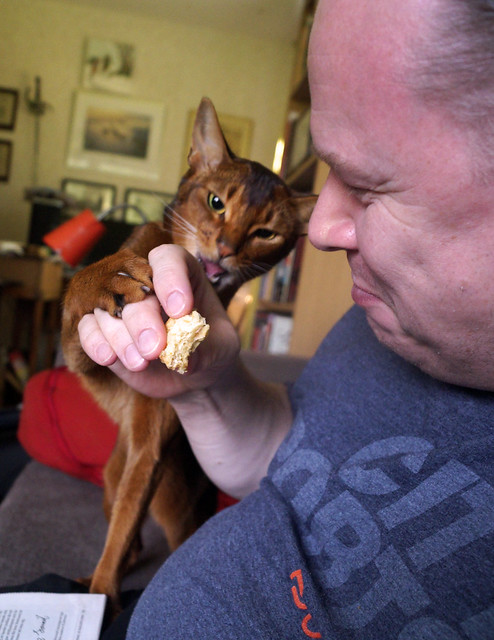 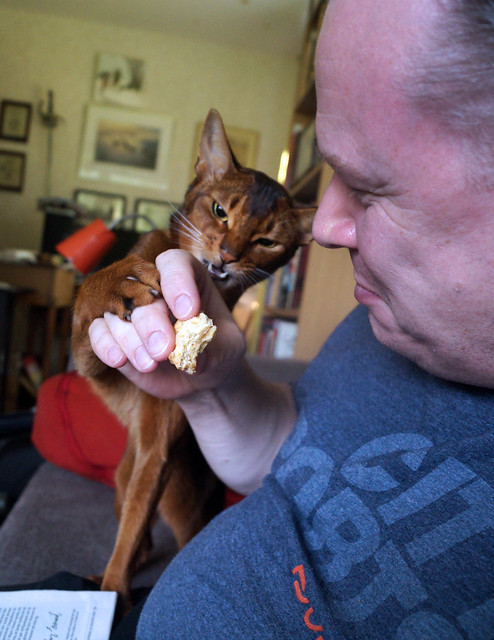 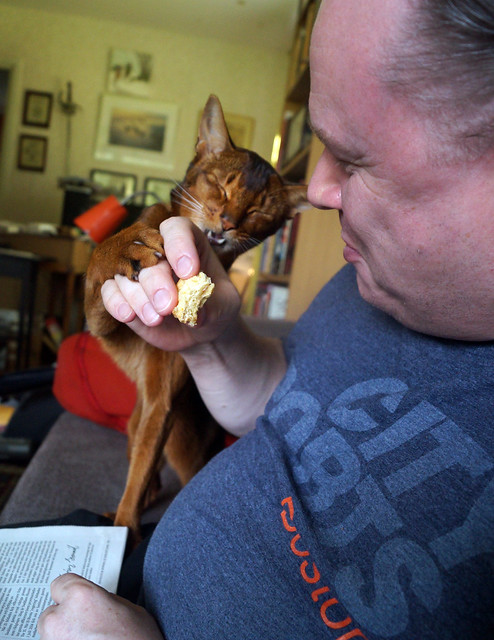 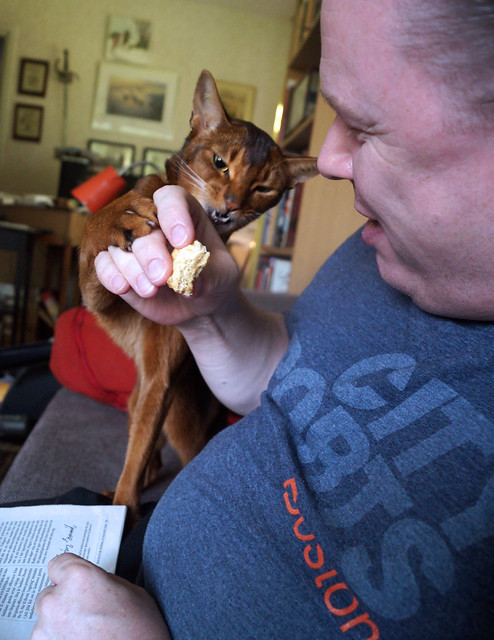 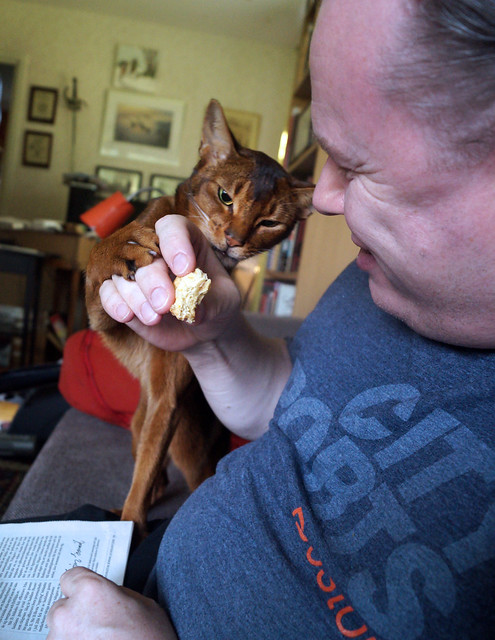 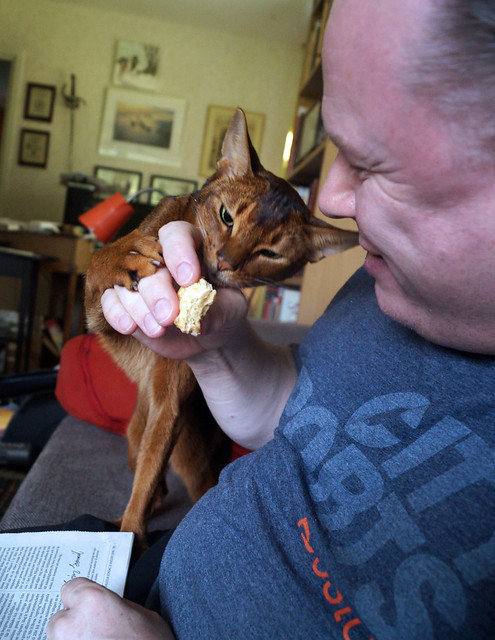 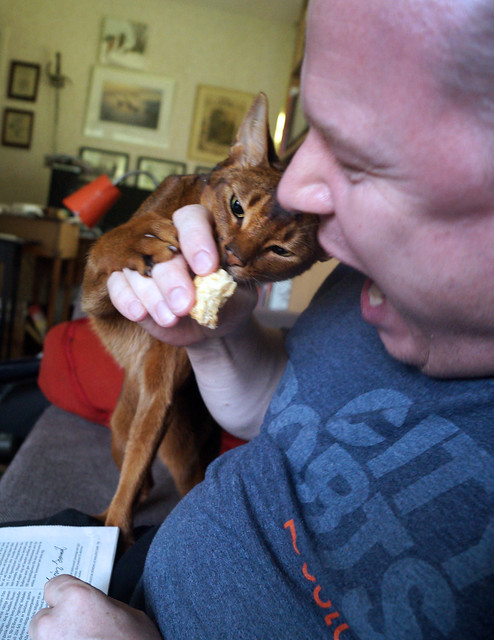 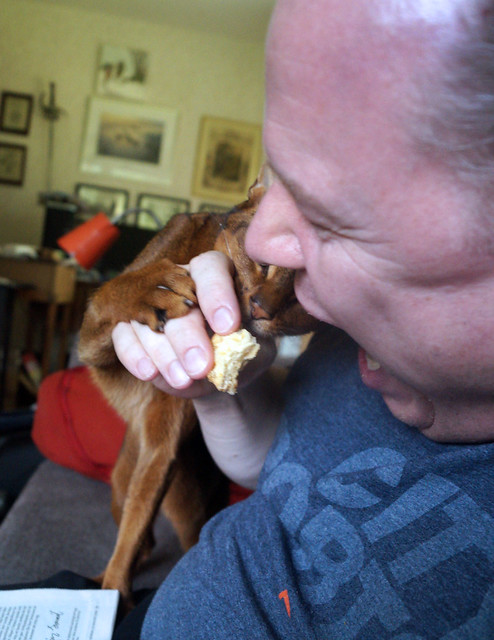 It’s hard to tell who is fighting harder…Jake or Björn. 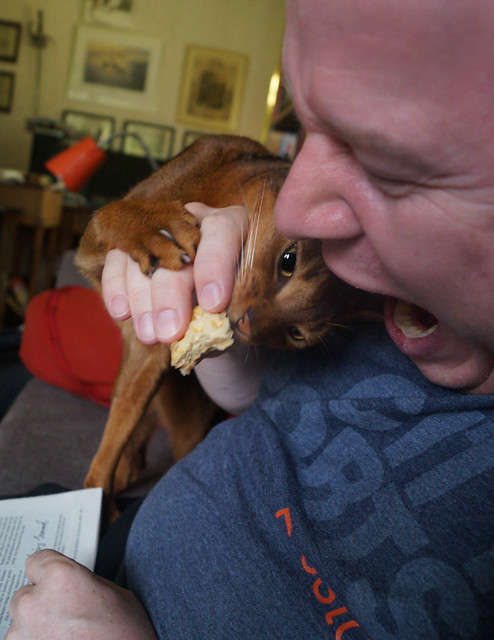 It was a straight-up battle for the piece of bread, yo. 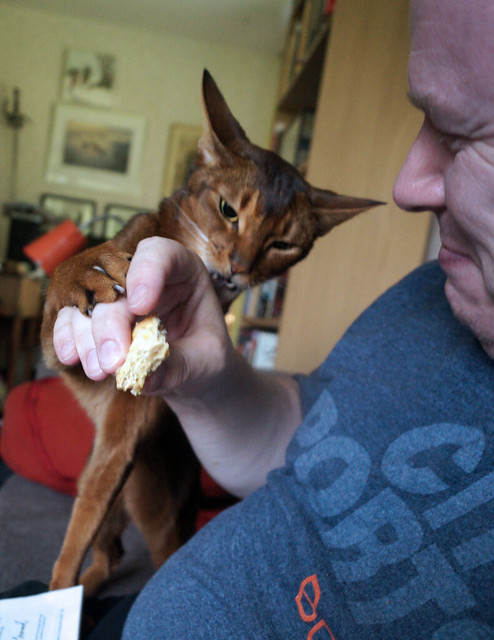 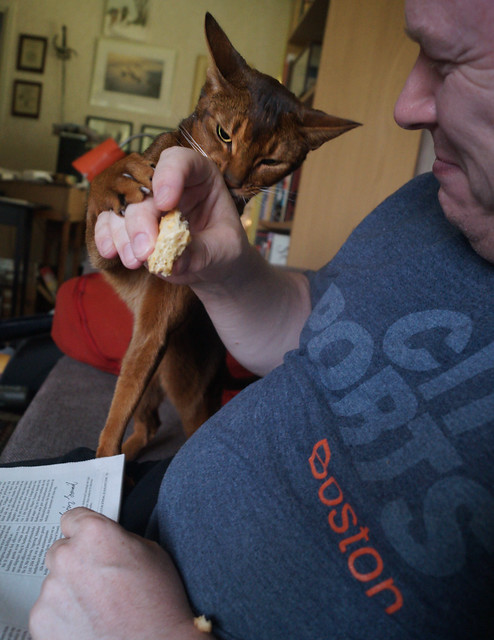 (Notice the bit of bread on Björn’s arm…) 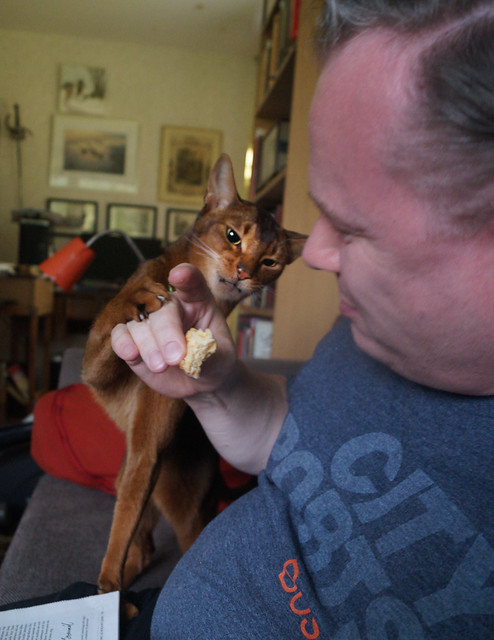 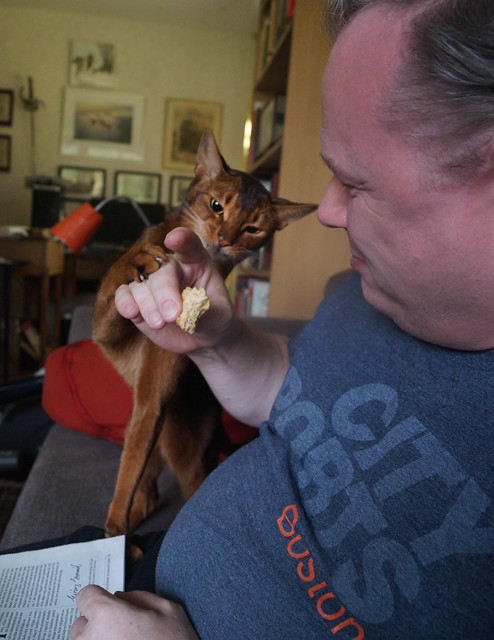 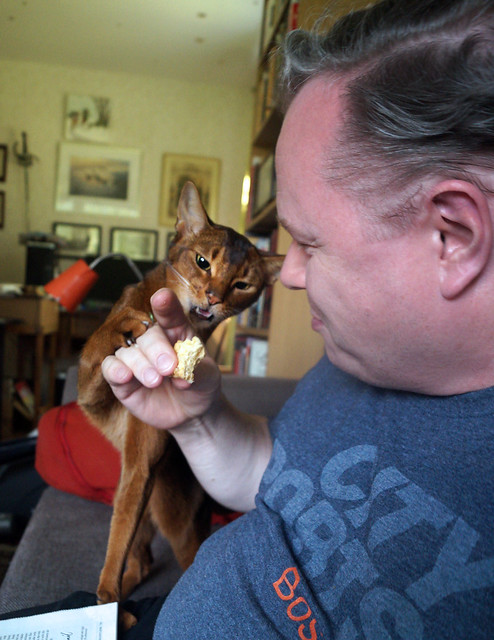 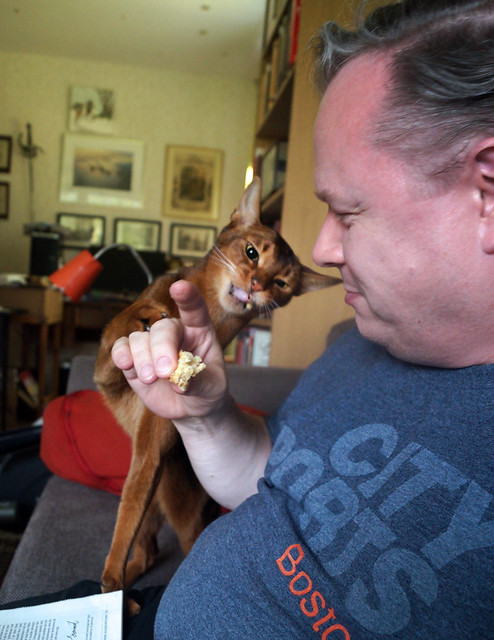 Jake was persistent in his search for food…and he managed to get some scraps from Björn. 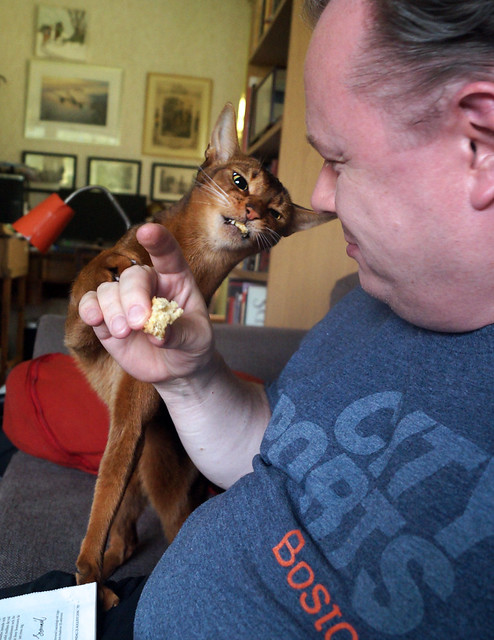 And he managed to get some bread, too. 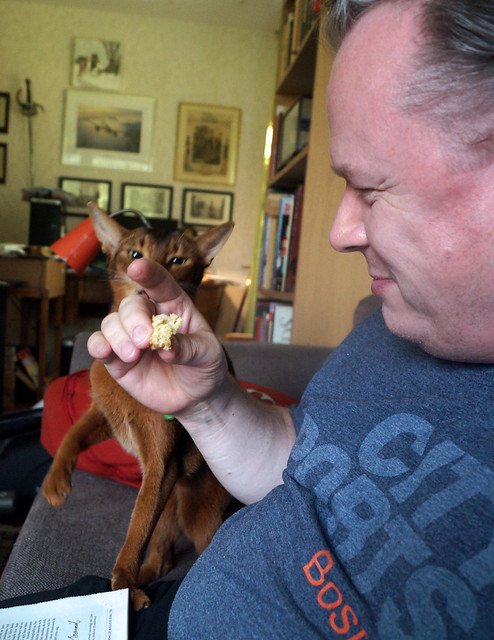 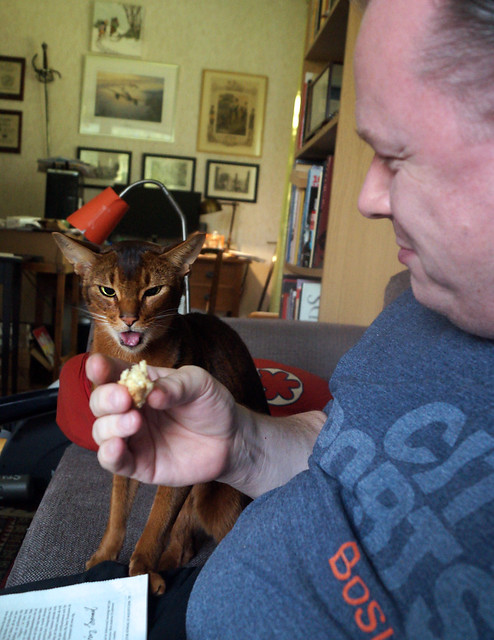 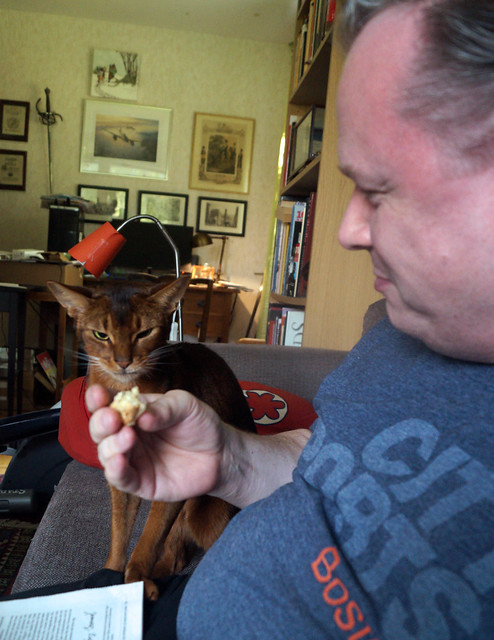 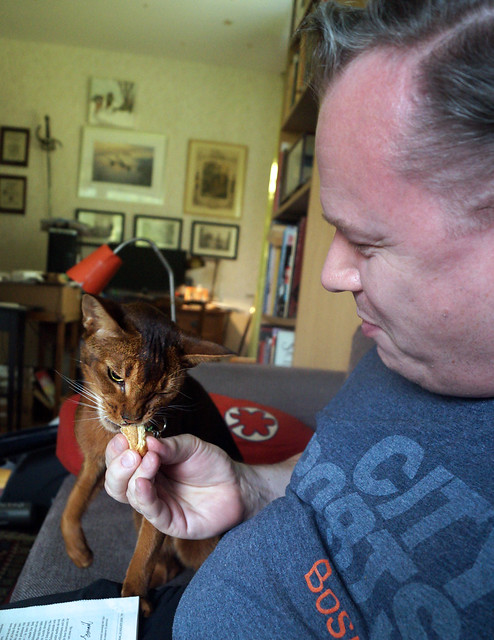 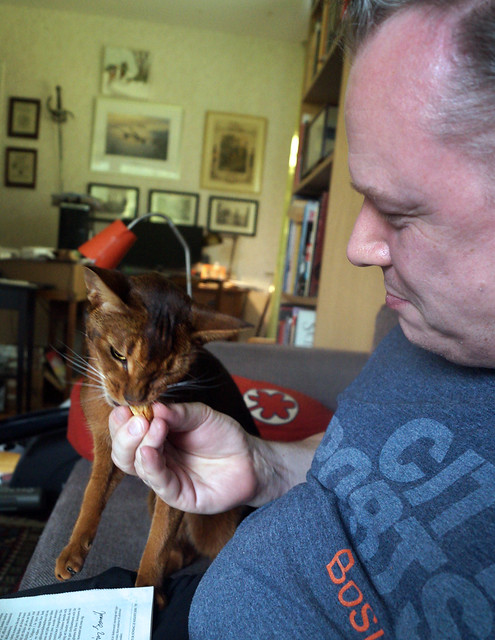 But yeah. If you can’t eat bread around an Abyssinian…how can you expect to eat actual meat around one?