Yesterday’s post showed professional photos I had taken of Angel, Jacoby, Alfred and Lorelai back in May. 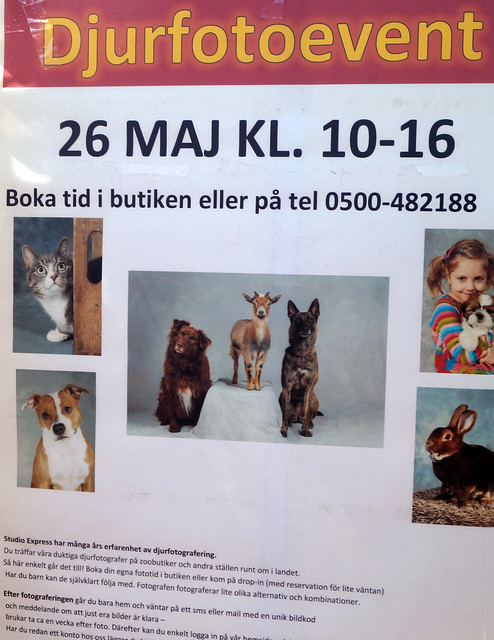 When I saw the poster at our local DjurMagazinet, I jumped at the chance. Not so much for Jake, who has had his photos taken by Chanan as well as other professionals, or Rory, who will have plenty of opportunities to have photos taken at shows throughout her career, but for Angel and Freddy, who won’t ever get to go to a show. 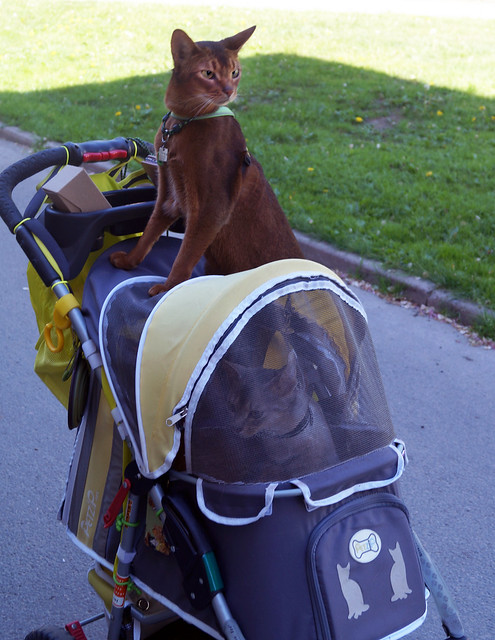 Unfortunately, Björn had to work that Saturday, so I was on my own with the four LunaTicks. I packed up the lot and put them in Jake’s Strollercat stroller. 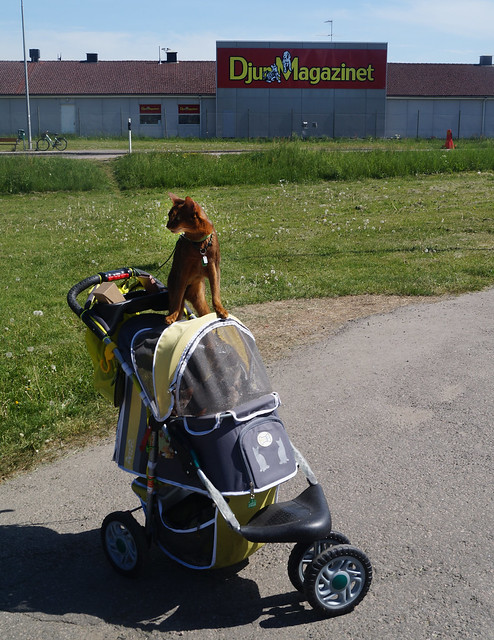 There was just one teensy problem with that. Jake didn’t want to share. This was the early days of his mystery illness, and he was cranky. So I let him ride on top of the stroller. He was actually fine with that arrangement. 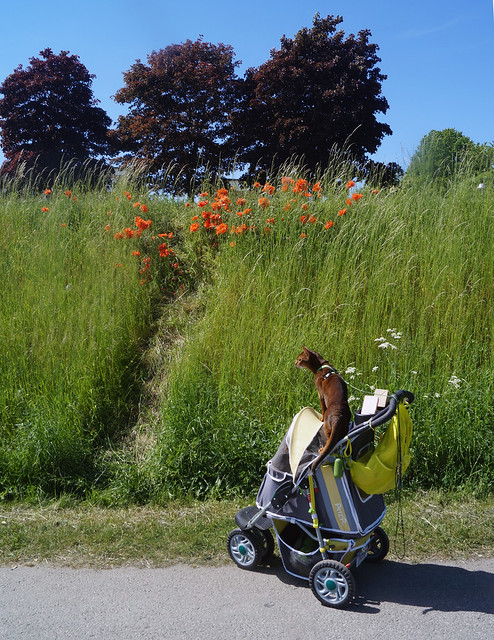 It was not at all easy to wrangle them over to DjurMagaznet…but at least it was scenic. Look at those gorgeous poppies! 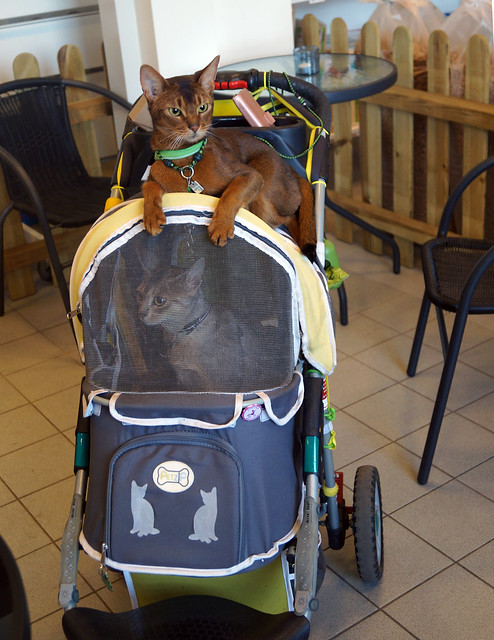 When we got to the store, Jake didn’t want me to unzip the stroller and let the others out. 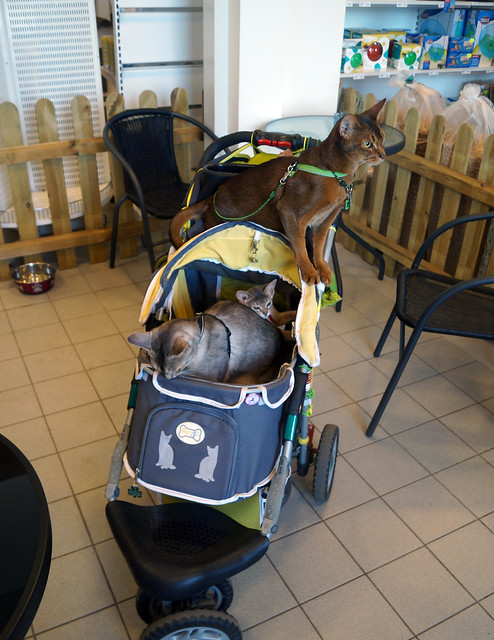 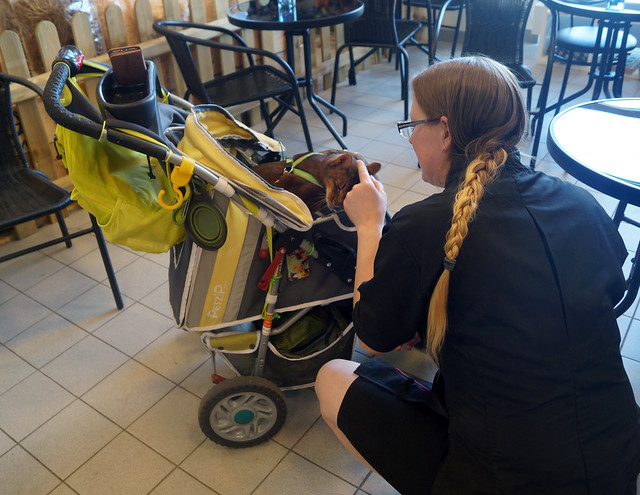 Of course, all the LunaTicks were instant hits with staff and other shoppers. 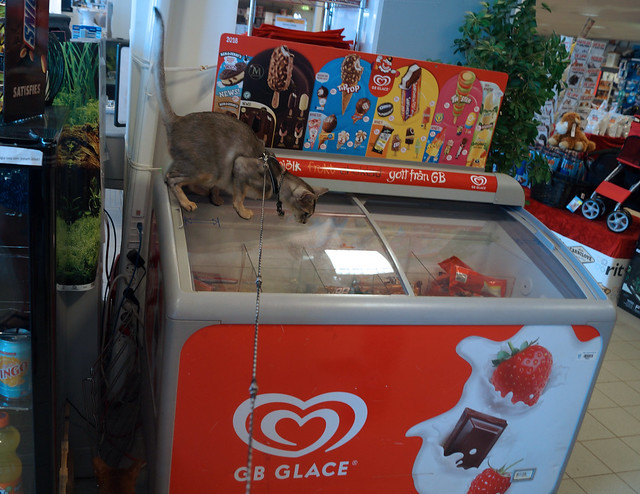 It’s one of the idiosyncrasies of Sweden that there are ice boxes full of ice creams for sale in all kinds of random stores. Even pet shops will sell you an iced lolly. And Freddy wanted one. 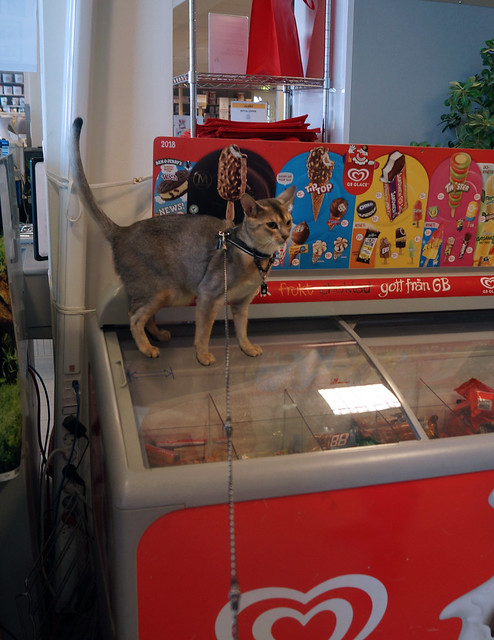 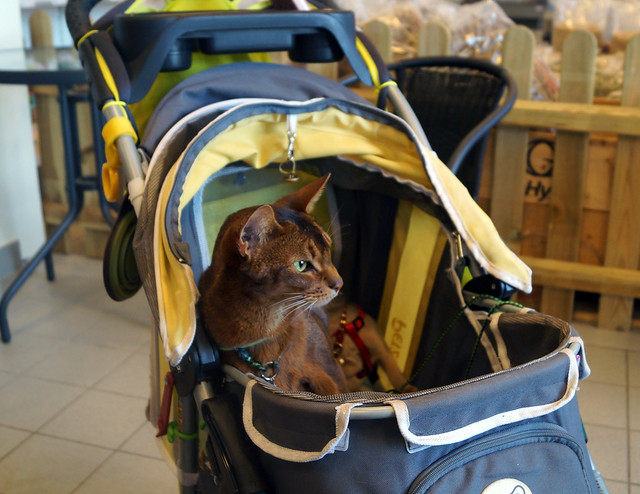 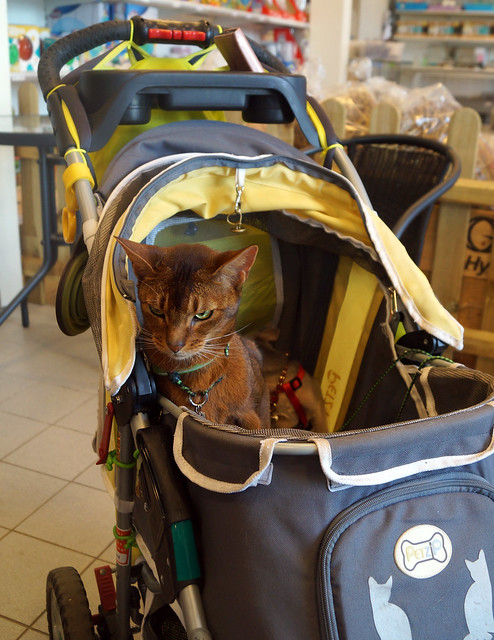 And pretended to ignore that Rory was still in there. 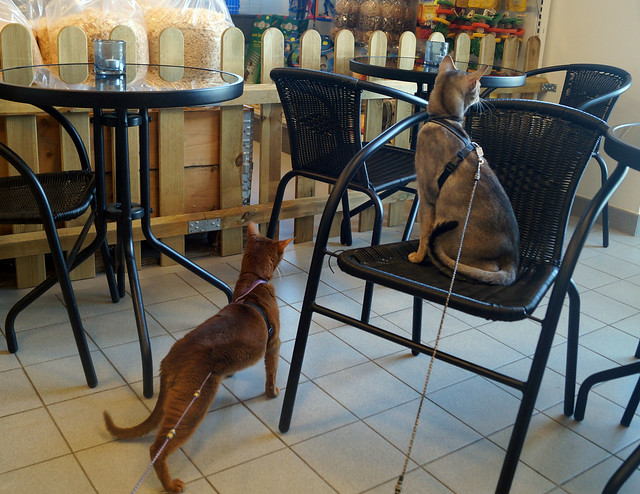 Meanwhile, Angel and Freddy were exploring the little café that the store has set up for customers. 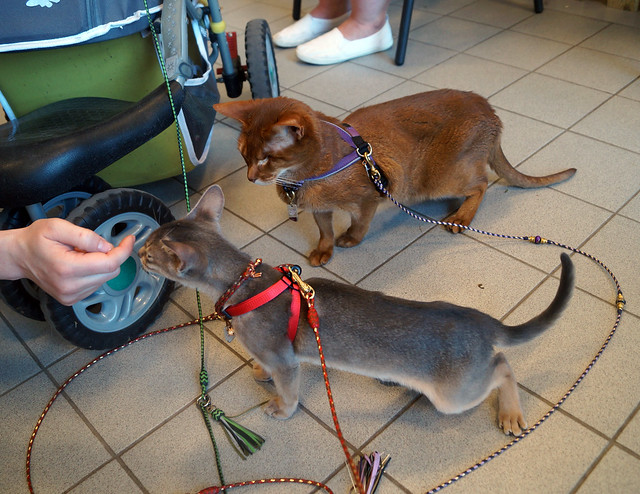 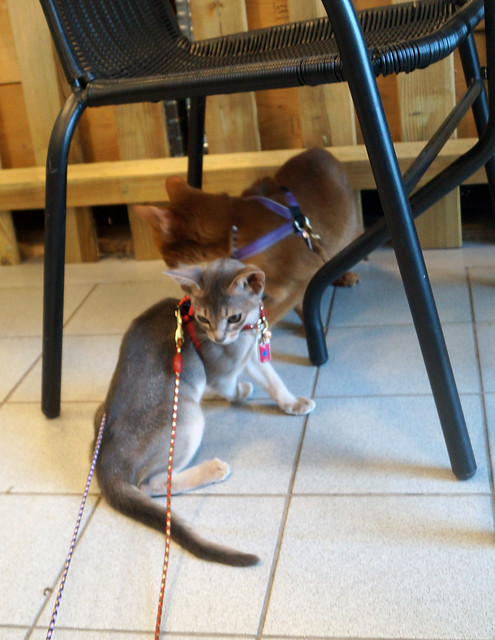 And Angel and Rory spent some girl-time together as well. 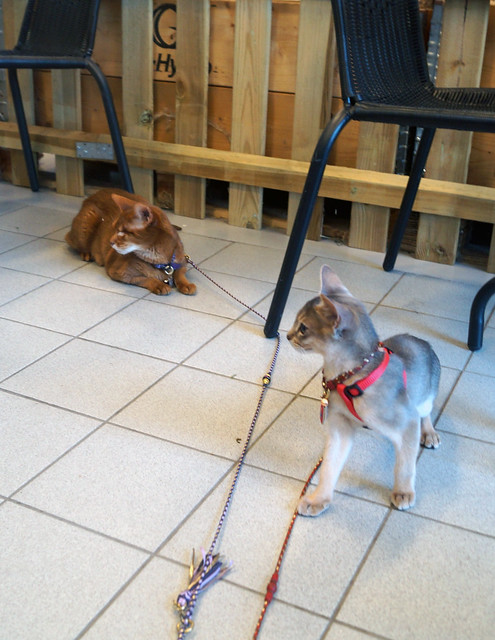 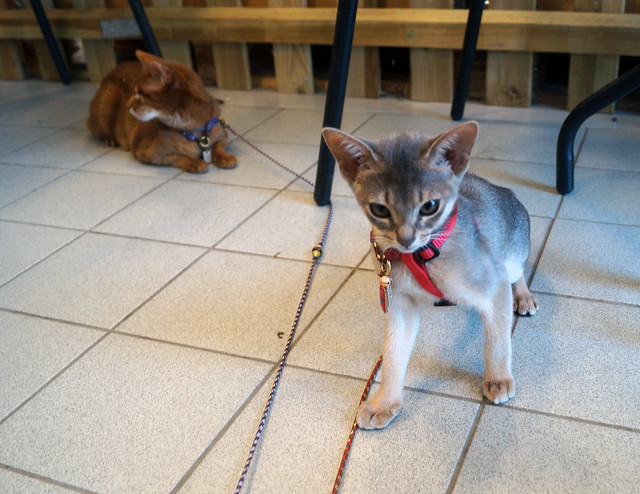 This was Rory’s first really big outing with other cats. 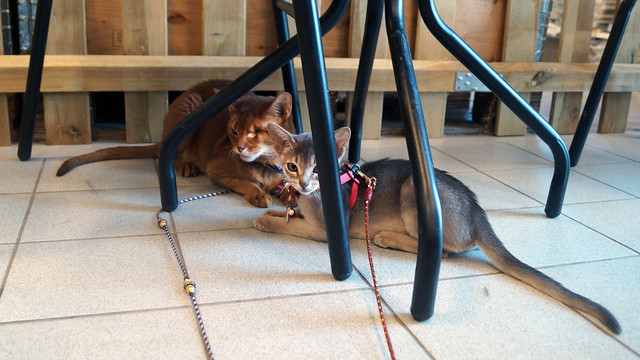 I wonder if she saw Angel as a sort of mother figure? She’d only been with us three weeks… 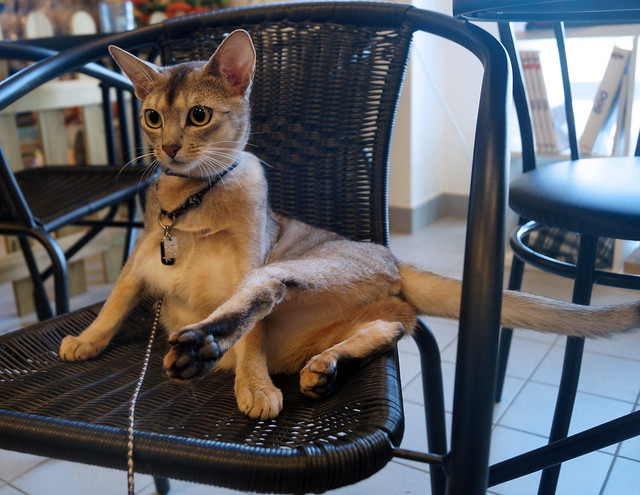 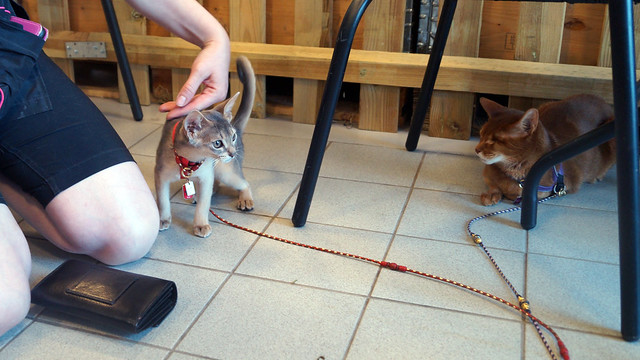 Rory especially drew a lot of attention from people…kittens have that effect on people. 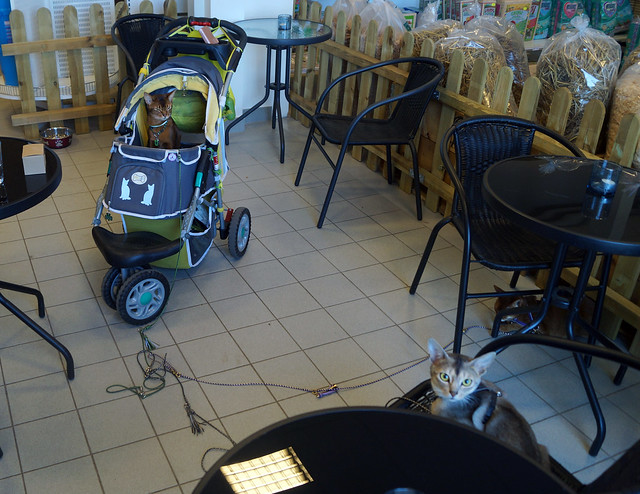 Jake occupied his stroller whilst shooting daggers at the other cats. 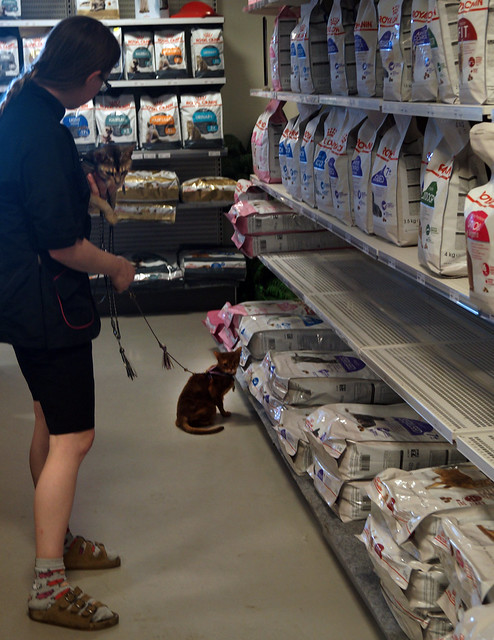 When it was our turn to have photos taken, I had some help transferring the cats to the photo room. There are, of course, no “behind the scenes” photos…I was too busy trying to herd four cats! 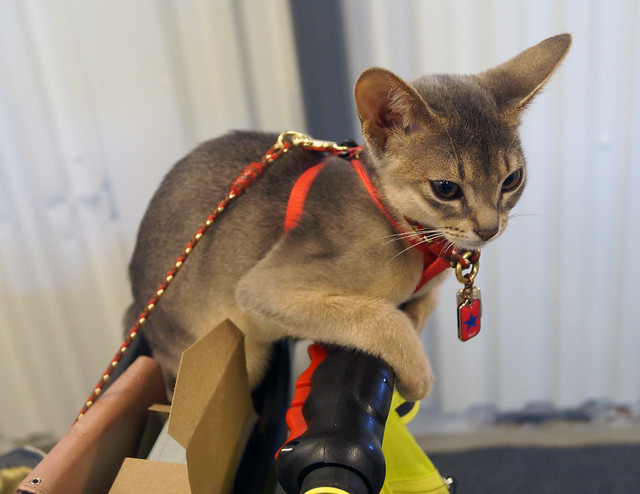 Towards the end of the session, Rory was starting to get sleepy. 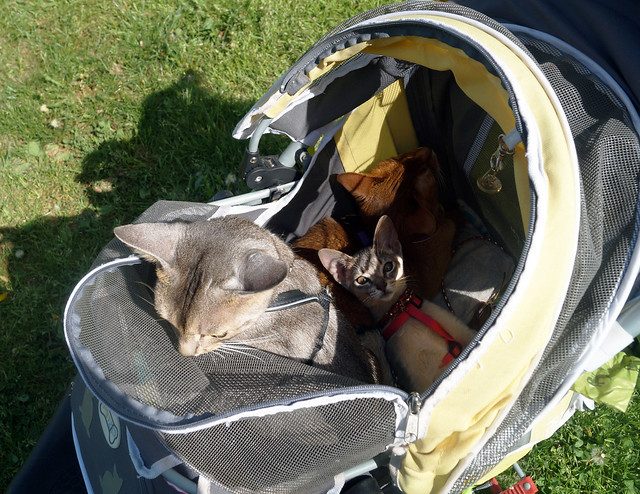 On the walk home, I was able to open the stroller and let them walk. They didn’t all avail themselves of the privilege right at first. 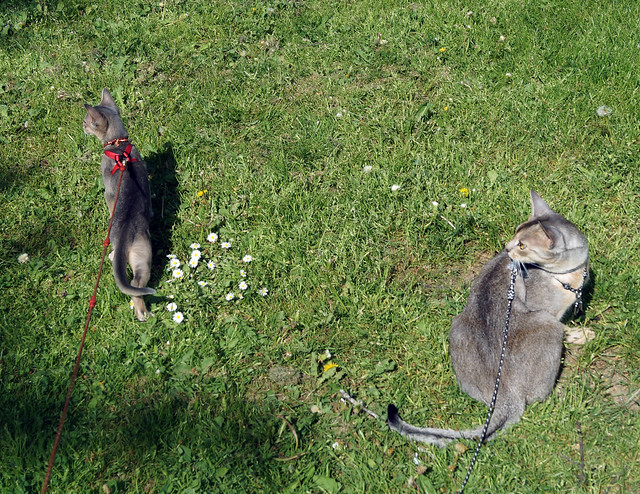 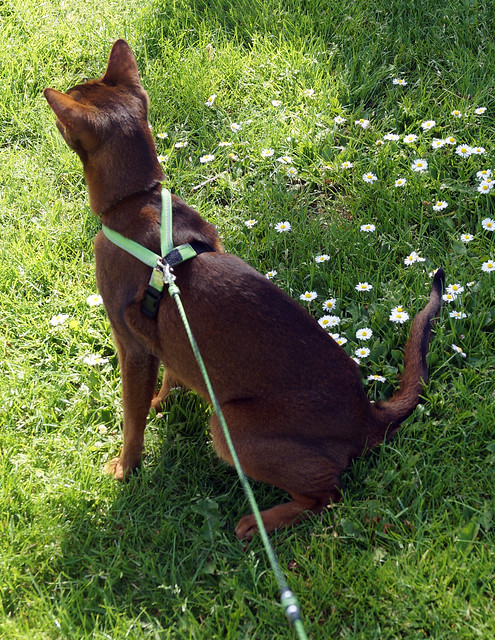 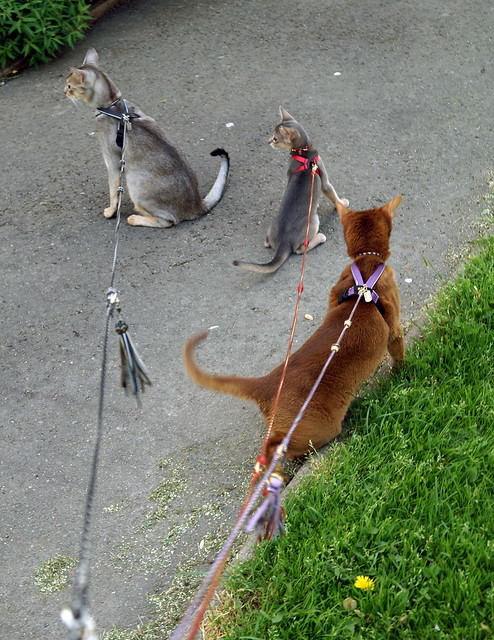 Eventually, they all got out and walked a bit. 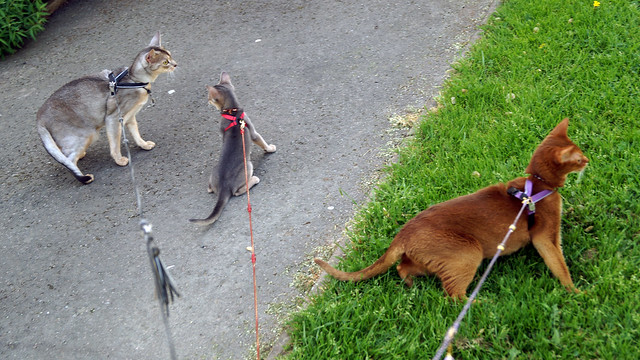 Although it would have been a lot easier if they all wanted to go in the same direction at the same time, but hey.