We’re at a cat show this weekend in a basketball arena in Västra Frölunda, a suburb of Göteborg. 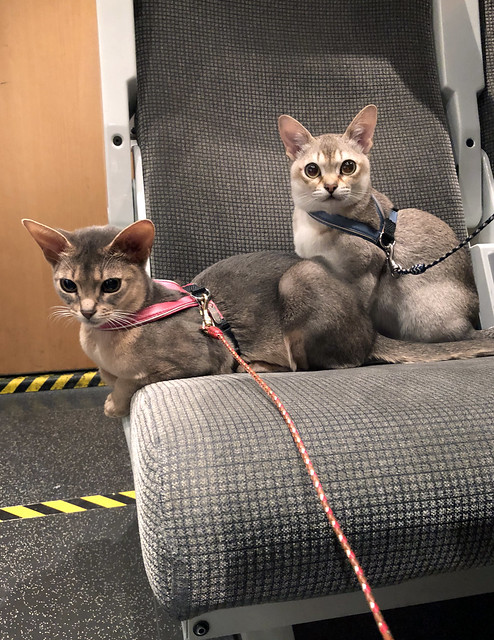 We took the train last night. Izaak and Lorelai once again proved themselves to be excellent travellers. 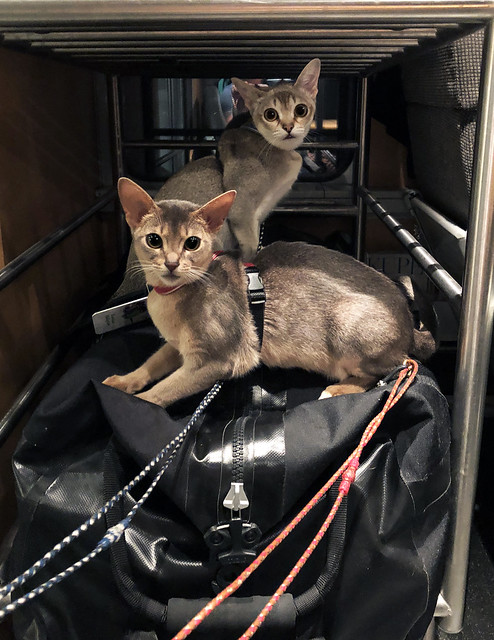 They had to explore the luggage rack, though. 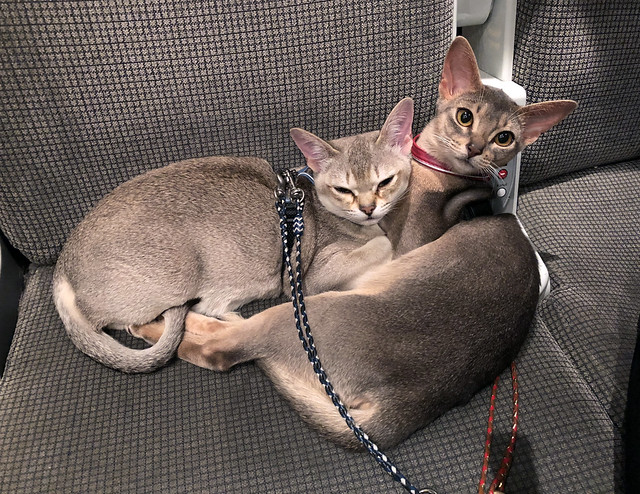 We were in the nine-seat pet compartment with a group of four young gamer geeks. One of them was allergic to cats and complained when we let them play on the luggage. On Swedish trains, there are only a limited number of pet compartment seats, so you would think people without pets would choose to sit elsewhere. But that just goes to show you that Sweden ain’t perfect…we have our share of entitled jerks who sit in the pet compartment and then complain when someone who has a pet he’s allergic to happens to sit in there with him…it’s just like home! 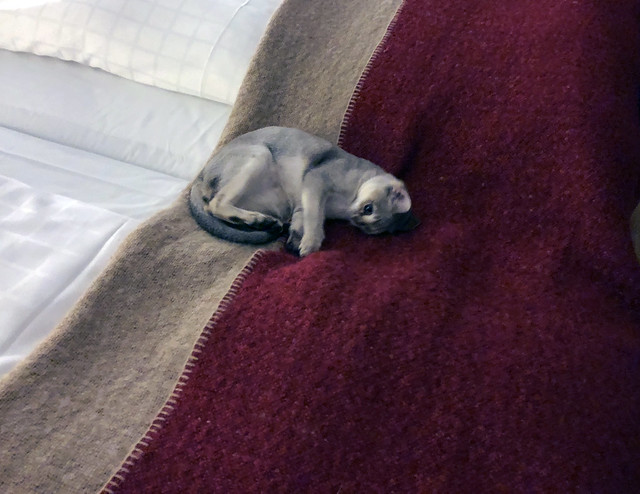 When we got to our hotel, the kittens – excuse me, juniors, set about proving the axiom about cats loving hotel rooms correct once again. 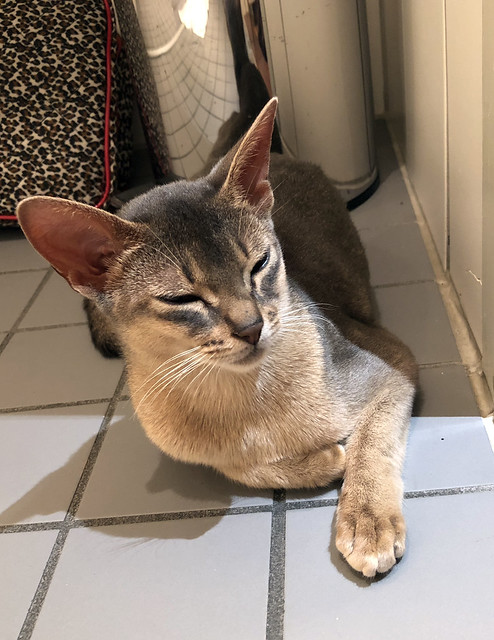 Like Logan before her, Rory discovered the joy of heated bathroom floors. 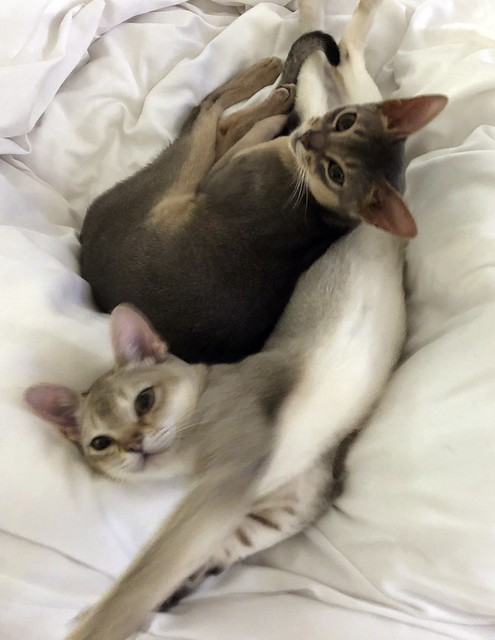 And both Zak and Rory were unbearably cute cuddling on the bed. 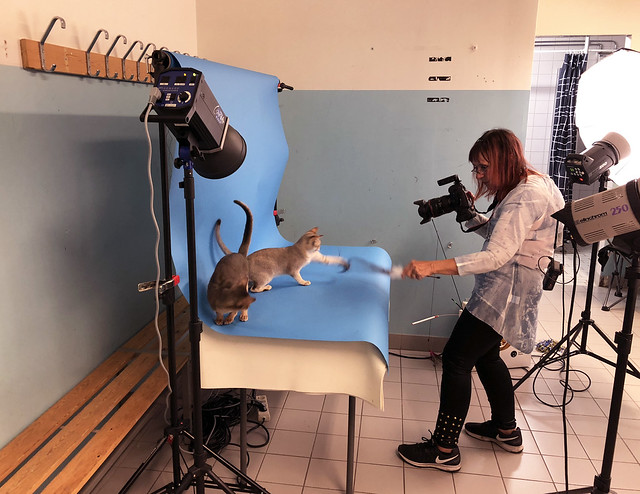 One thing we got to do was get some professional photos done. 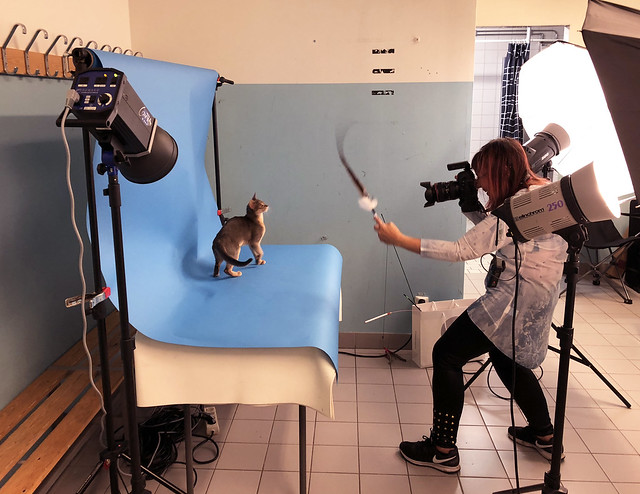 We got some of them done with both of them together, and then some of each of them on their own. I ended up buying four of each: Zak, Rory, and then both together. 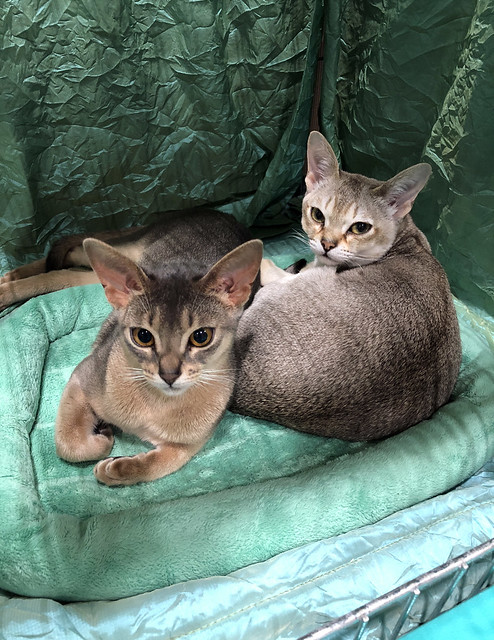 As with their first show together, the two of them were remarkably relaxed. 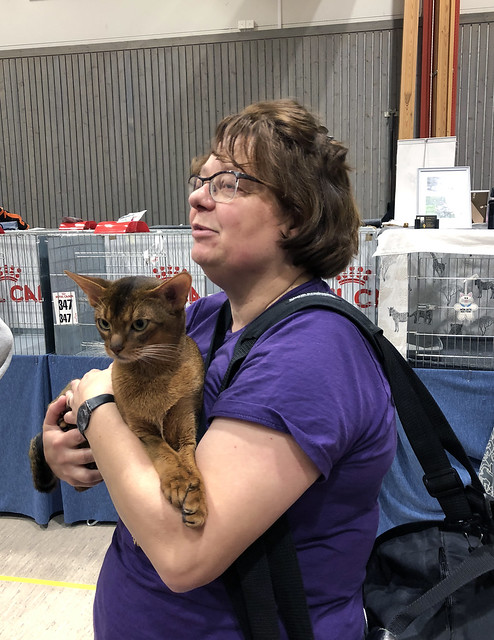 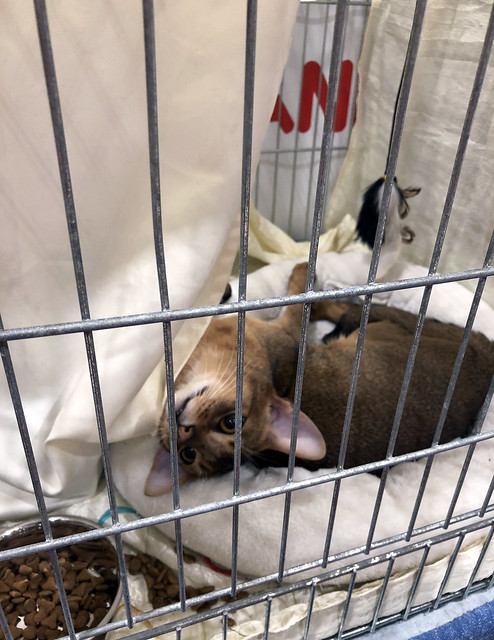 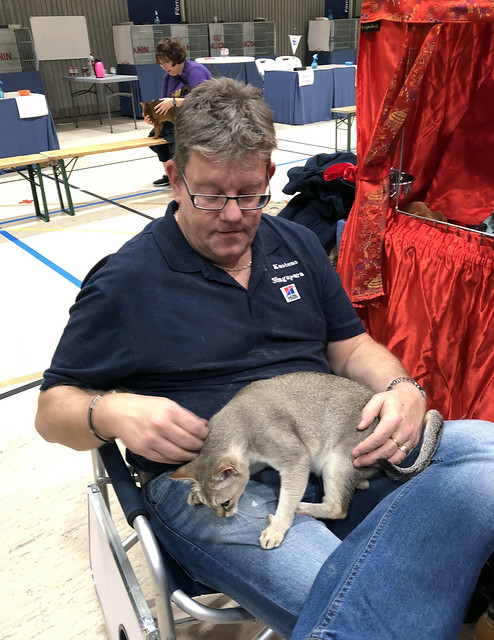 …As well as Stellan with Oskar and two other Singas. 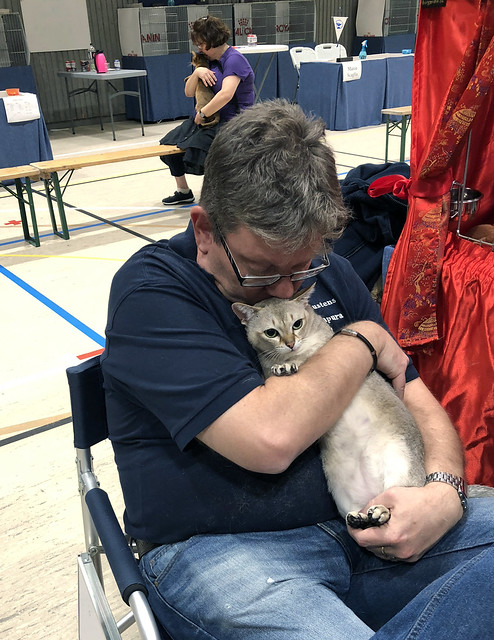 I didn’t notice the beauty of this photo until long after I had taken it. 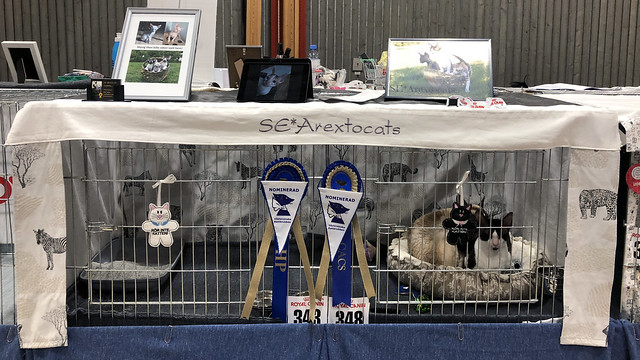 This, though…this is awesome. Across from where we are benched is Arextocats. You remember from my my post about my finger surgery, when I ran into a nurse named Göran in Recovery whose fiancée had Rexes..? Yeah…this is her. She doesn’t have a cat from Arextocats…she is Arextocats! And Göran will be at the show tomorrow…which for some reason makes me stupidly happy. 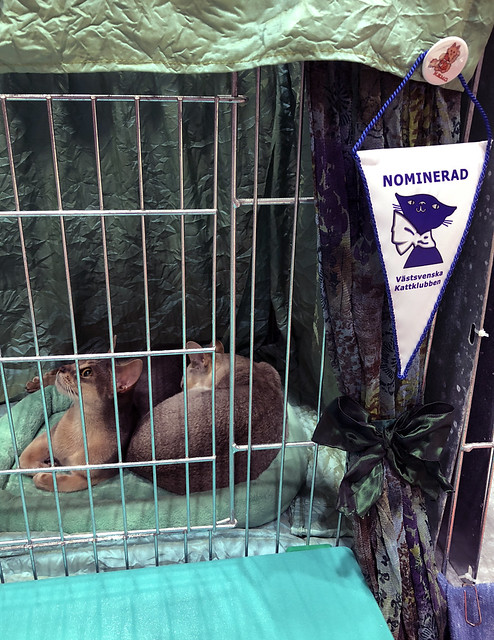 But onto the results. Zak was up against a pretty chocolate Burmese and didn’t get nominated to the panel. But Rory was nominated! 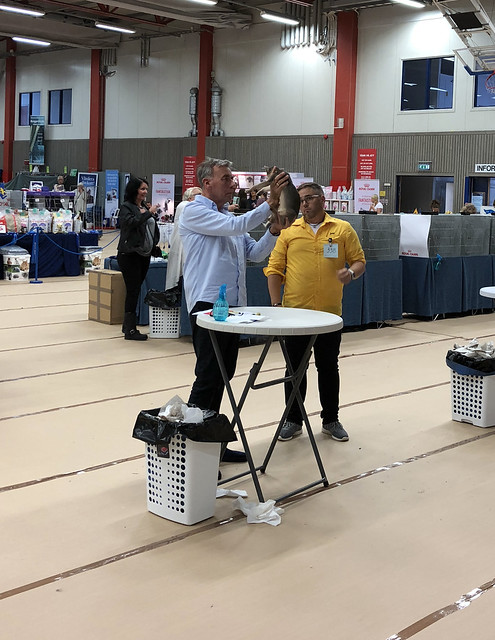 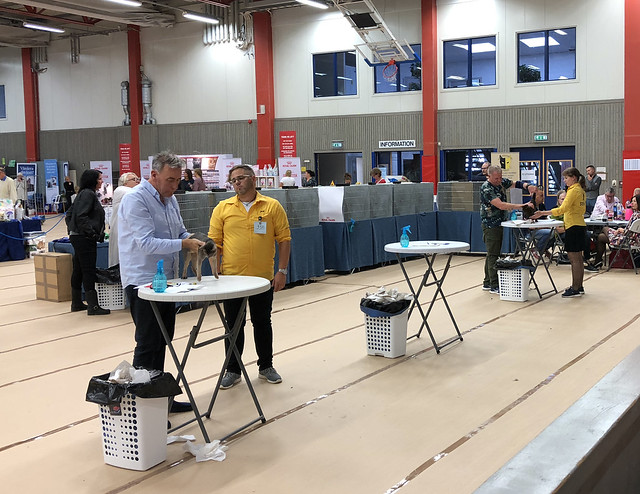 In the panel, first the judge who nominated a cat looks him or her over. 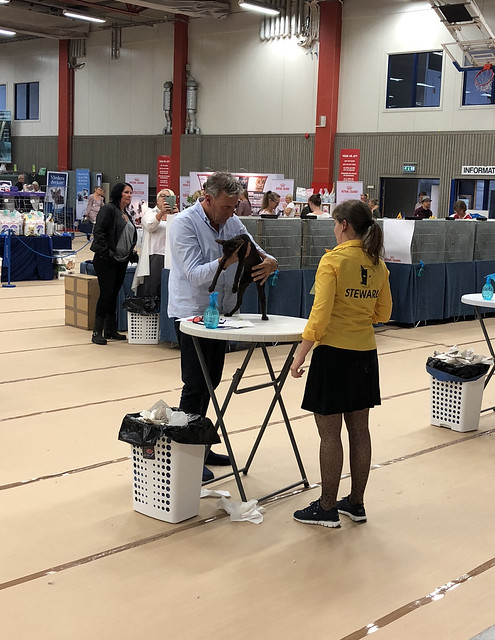 Then the judge looks at the cat or cats that the other judges nominated. 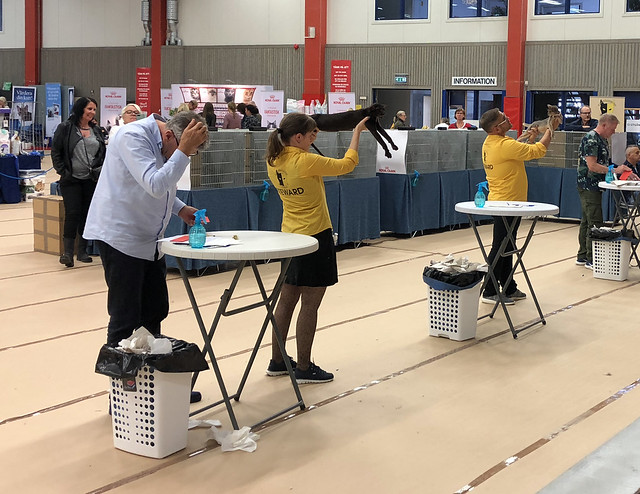 Rory was up against a slightly older, male Oriental Shorthair…and he was Best in Show. This time. 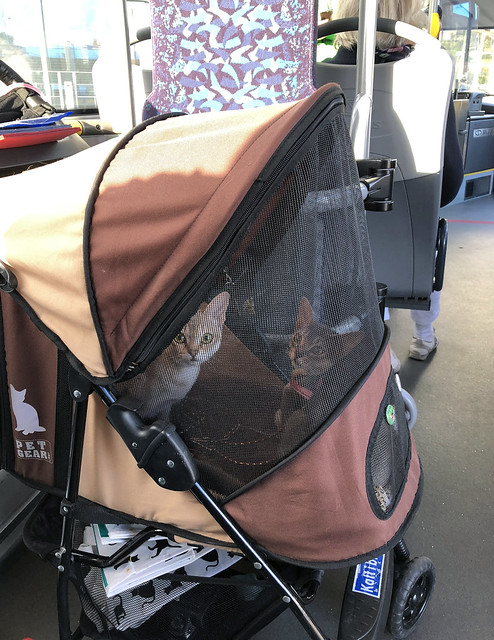 Here they are on the bus back to our hotel. What will tomorrow hold? We’ll find out!