Wednesday was Talk Like a Pirate Day. But as you know, Angel has always been our pirate. 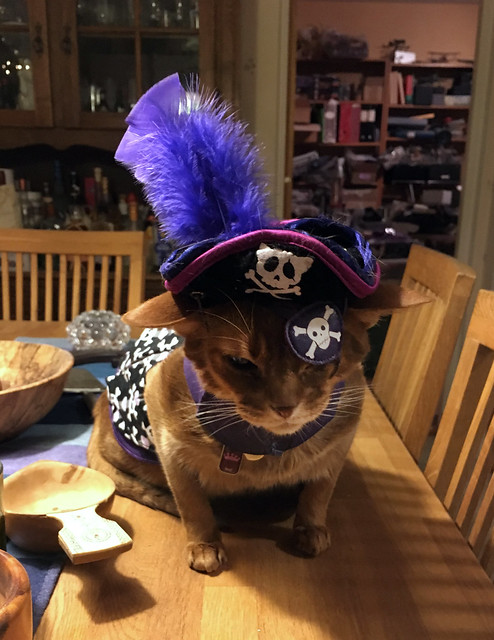 She has had her pirate dress, hat and eyepatch for over five years now! 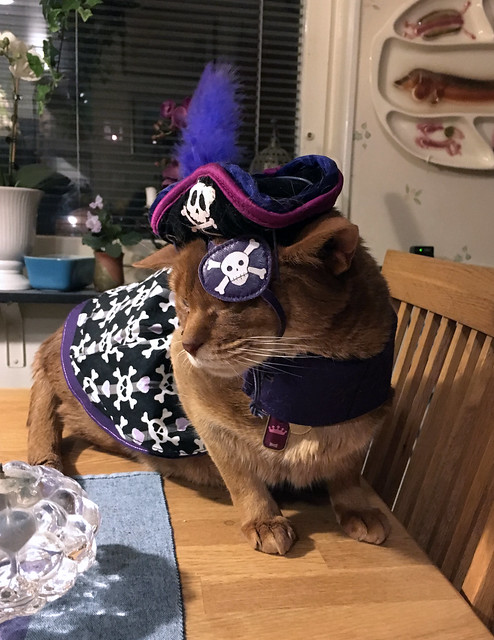 That’s kind of mind-boggling to me. It feels like we just got everything yesterday! 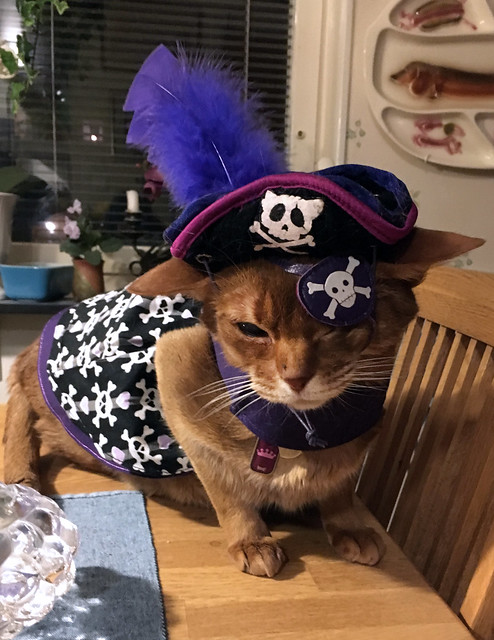 But in fact, last year I had to replace the feathers on Angel’s hat because they were just starting to disintegrate. 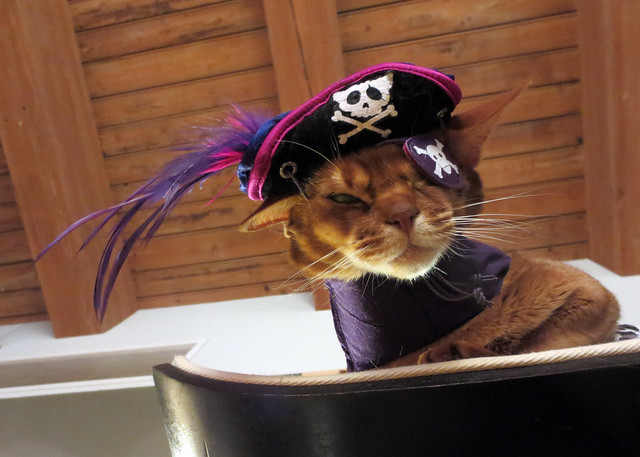 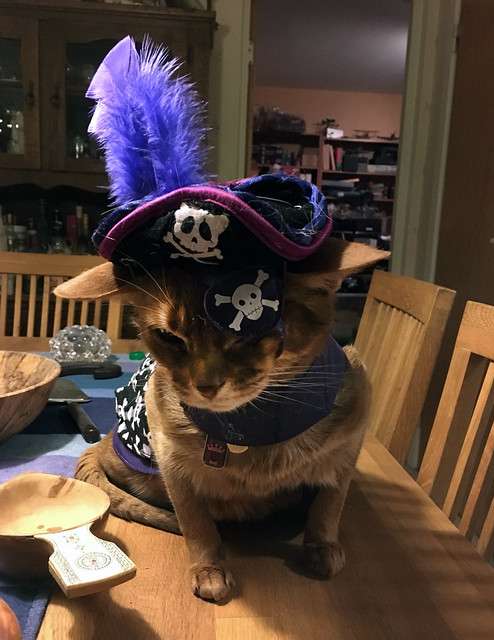 However, I think the new feathers look a lot better than the old ones! Feathers are a big part of the Swedish Easter celebration; they are used to make Påskris, birch twigs decorated with colourful feathers. So every spring I will be able to easily find replacement feathers for Angel… 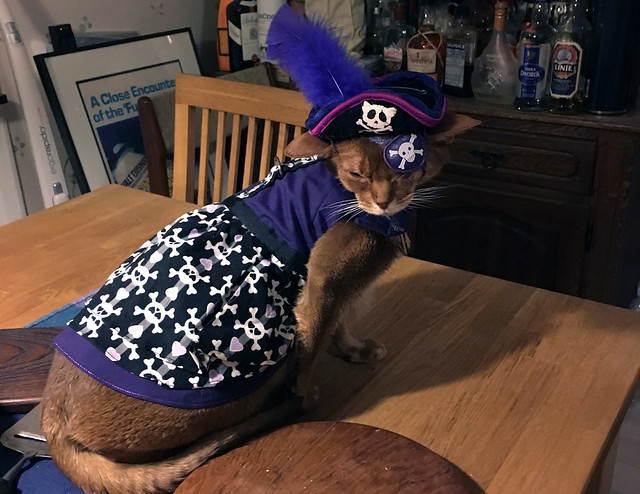 …as long as I can remember in October where I put them when I bought them in April!