I thought you might be interested in how I create a cartoon. I only rarely ever draw a complete drawing in one go. At least not when I am drawing on paper and scanning the the result. 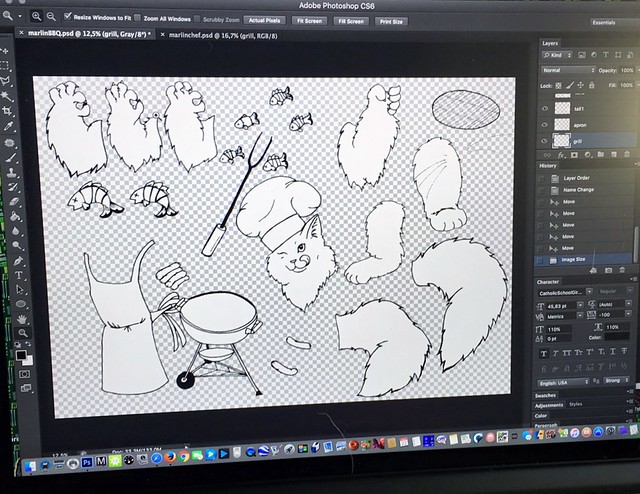 When I draw on paper, I do a sketch and then trace the sketches in ink. I sometimes do more than one trace of the sketch on the inking sheet. 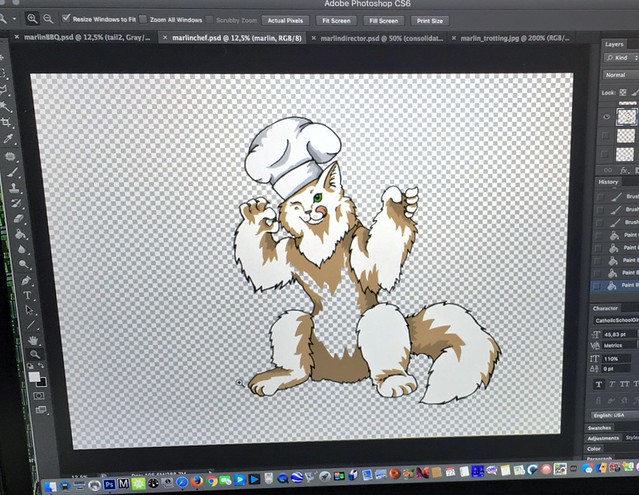 Then I assemble the best parts and start colouring. 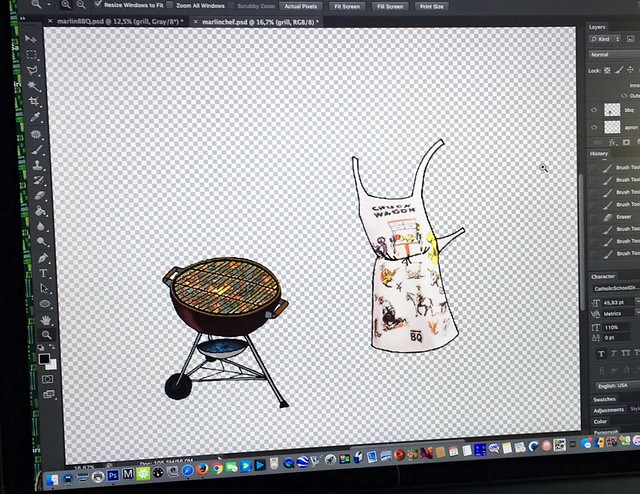 Other bits, like the BBQ grill and the apron, are drawn and assembled on separate layers. But when it’s all assembled, it looks like the image at the top. 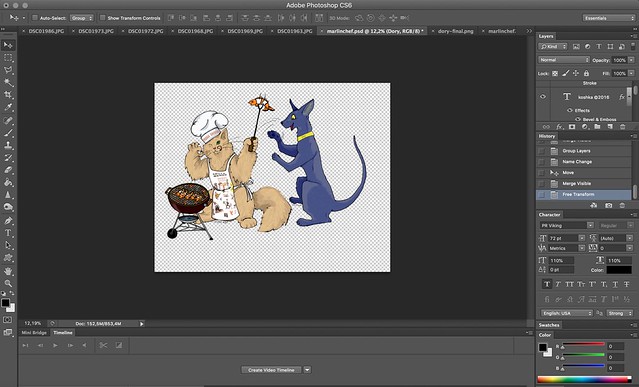 The next year, I added Dory. While Marlin is a cream Maine Coon, Dory is a blue Oriental Shorthair. I actually did draw Dory in one go, so her layer is not as exciting. 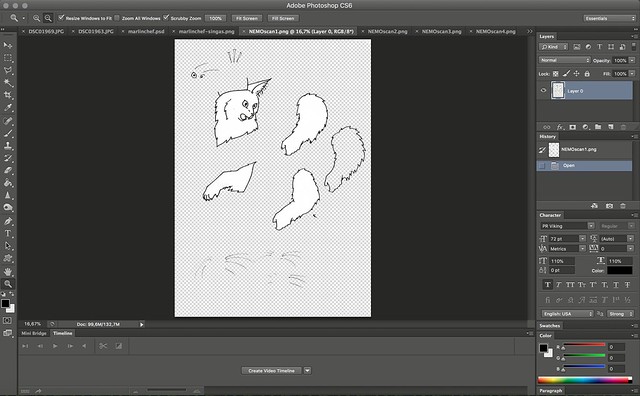 For the newest NEMO iteration of Marlin, I realised I didn’t need to redraw all of Marlin, but only certain parts. Just his head, both arms, and some whiskers. But it worked. And it was so much easier than reinventing the wheel. Thanks to Photoshop, I didn’t have to. 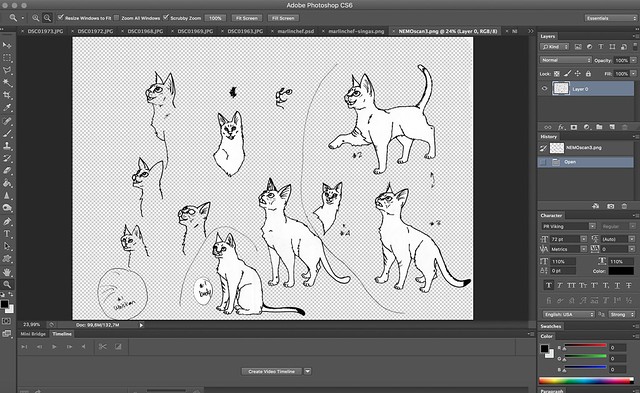 The Singapuras were a bit more tricky. 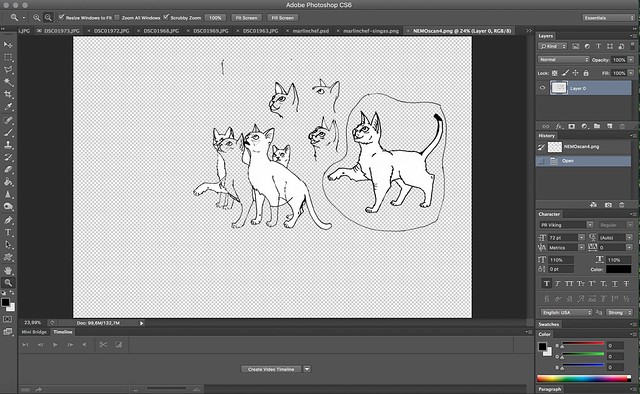 I drew each one separately and three of them are complete, stand-alone cats. Only the one in the very back is a partial Singapura. 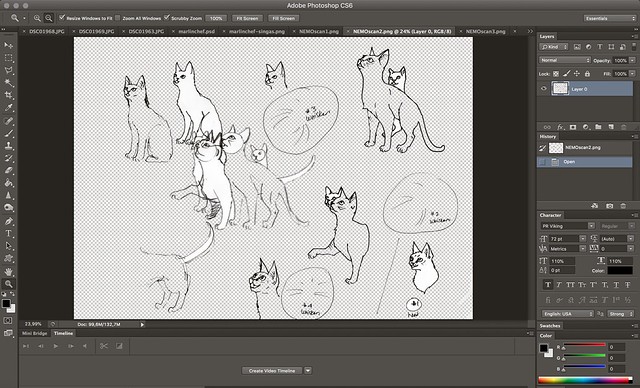 The whiskers were done separately.

4 thoughts on “Aby-a-Day – 28 September: Behind the artwork (Photoshop Friday)”