These are the words of Björn, Koshka’s husband. 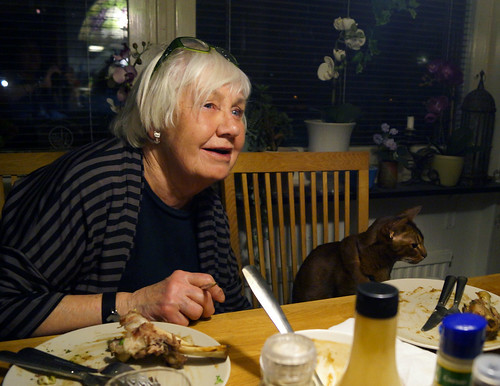 Today we held the funeral service for my mother. She was an artist and one who had cats as a kid and then later in life, when a couple of strays moved in, a few years between them. 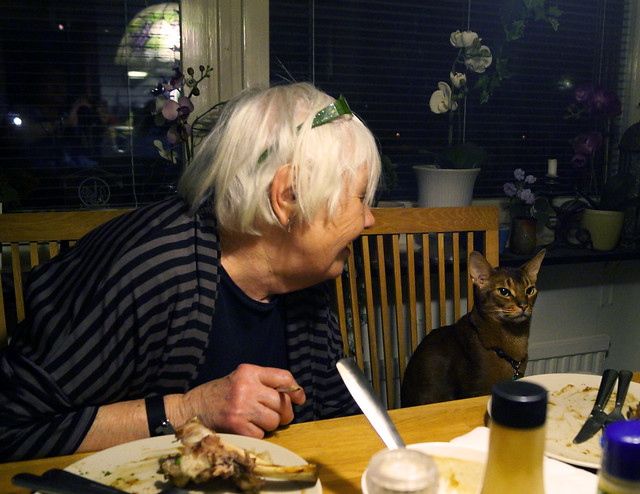 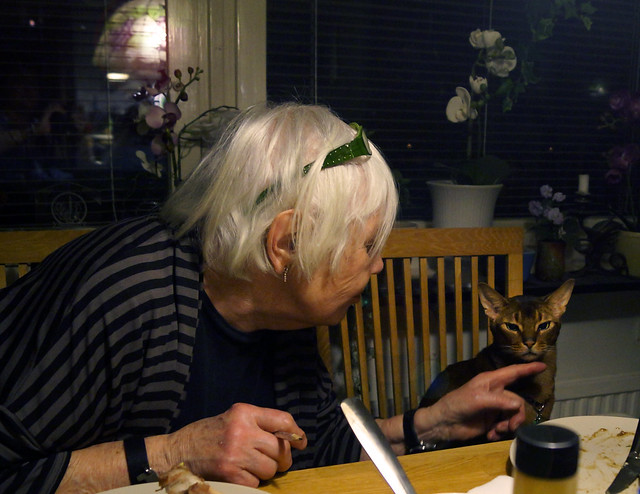 Otto was a tomcat who was an opportunist, but Oskar won her and my dad’s hearts. A mean neighbor across the road had him caught and euthanized, something that grieved her for years afterwards. Mom got along really well with my old cat, Pyret, and when Koshka moved to Sweden, she got the opportunity to meet Jacoby and Angel. 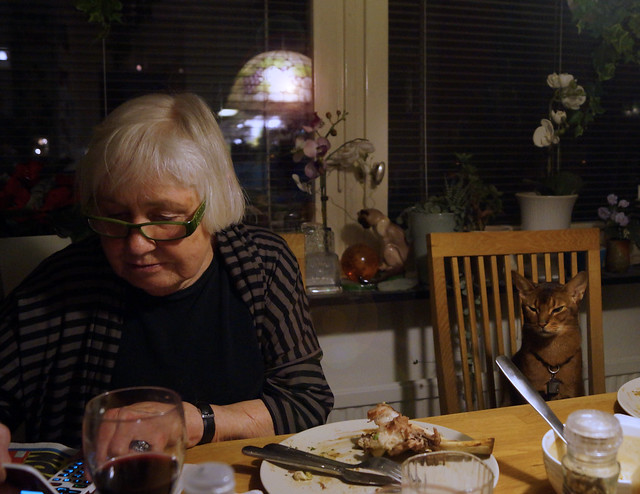 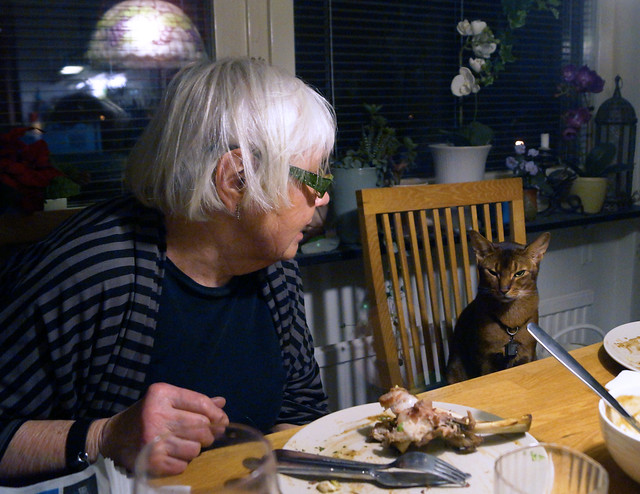 She met them while visiting our home, and Jake being a social kitty liked the attention (and the chance of getting a snack or two). This was at a joint birthday party for my son Kalle and me, last March (2017). 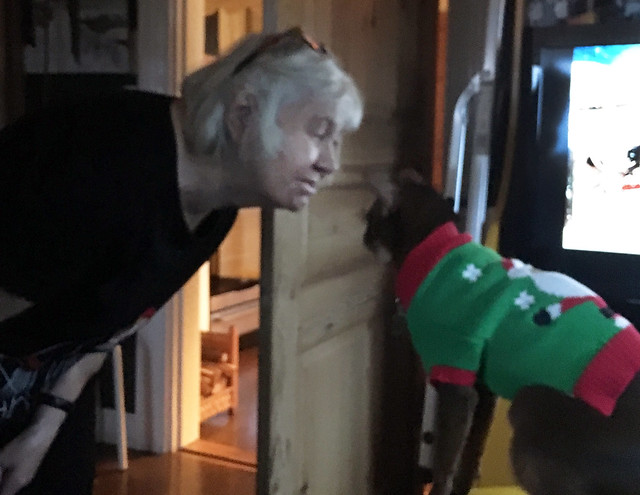 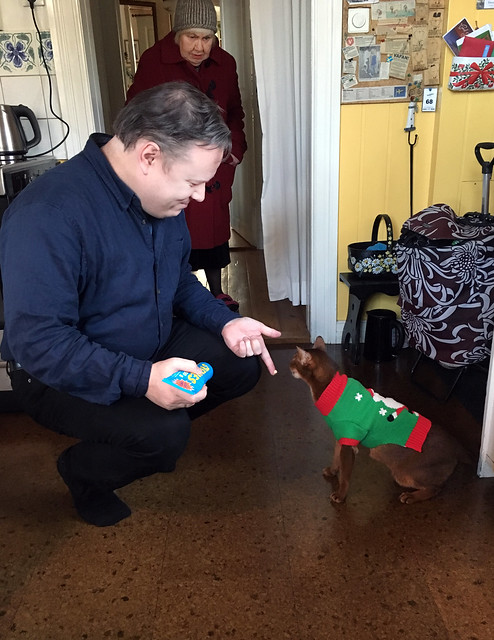 He enjoyed the change of scenery, and the opportunity to sample some Swedish Christmas food. Jake seemed to enjoy Swedish kaviar (creamy salty fish egg paste). 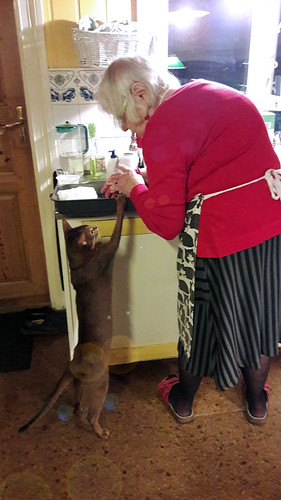 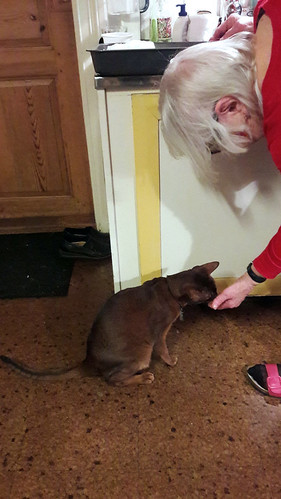 Mom slipped him a few tidbits, which made her a great two-legged being in his eyes. That last Christmas the first symptoms of Mom’s illness appeared, but we didn’t know that she would be gone less than nine months later. She was too sick to come visit us and see Lorelai and Izaak. We are sure she would’ve loved the young kitties, too. Our cats have lost a friend.