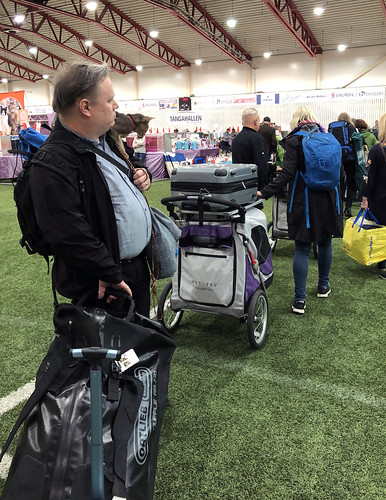 Because of the funeral yesteday, we decided to cancel our motel reservation and just stay at home Friday and Saturday night. This meant a long, speedy, frenzied drive to the show hall this morning…only to face a long, slow line at check in. Of course. 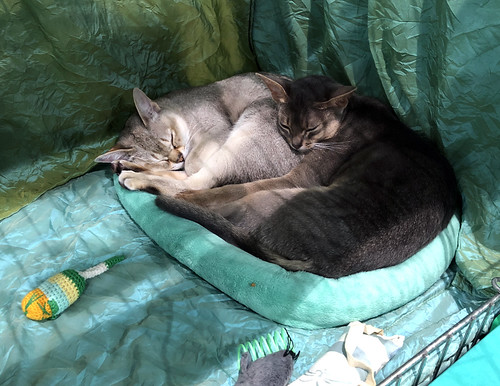 Of course, once we got the cage set up, Lorelai and Izaak were their usual, over-stressed selves. 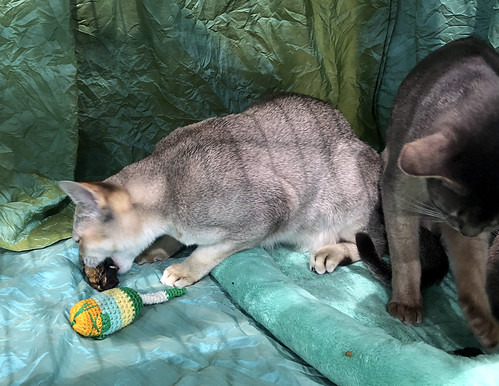 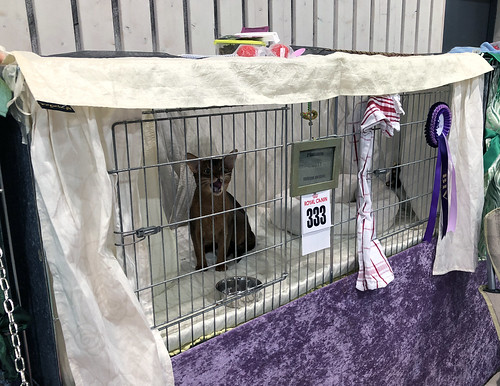 We were benched next to our friends Anna, Peter and Bonk. That was pleasant. 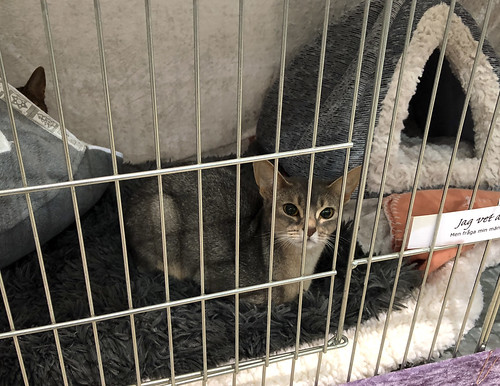 The big surprise was that Rory’s half-sister was entered in the show! They have the same mother, Kajza, but Adela was born in January 2017. 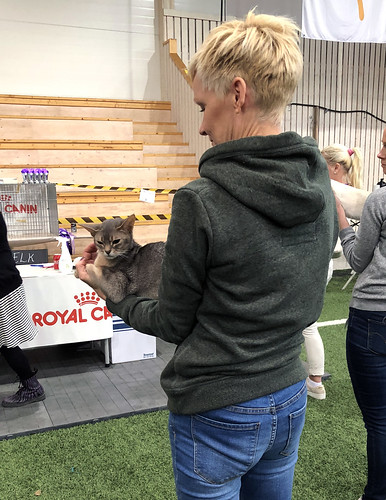 Here is Rory’s half-sister Adela up for judging. 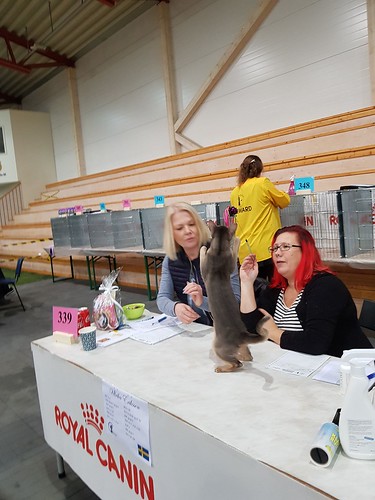 Rory was up for judging first, before Zak. 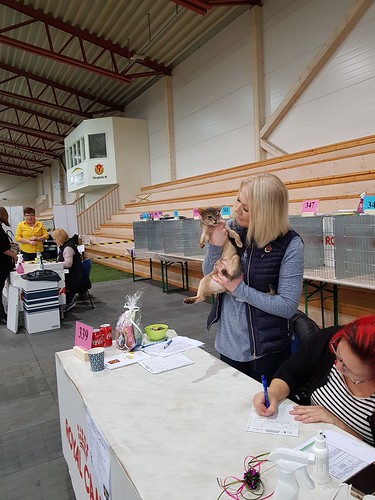 The judge, Ulrika Eriksson, liked her well enough to call her back for the nominations. 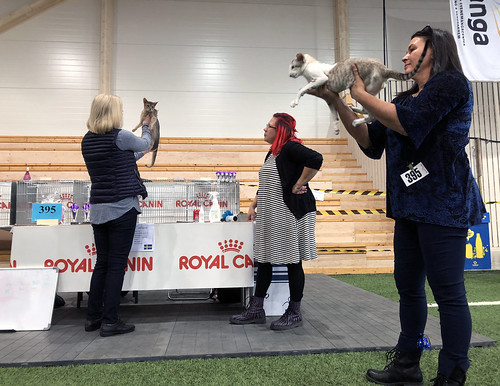 She was up against this tabby-point and white Siamese… 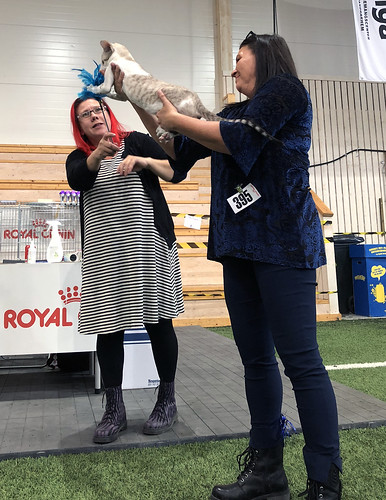 …who ultimately ended up getting the nomination. 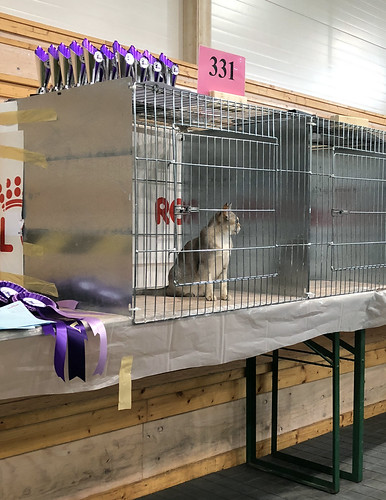 Then it was Izaak’s turn. 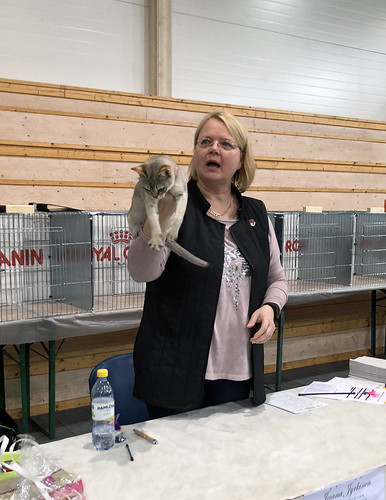 He was the only cat Jaana Jyrkinen judged today in his class (11 – Juniors, 7-10 months), so he got the nomination by default…but she loved him and would have had him in her final decision regardless. 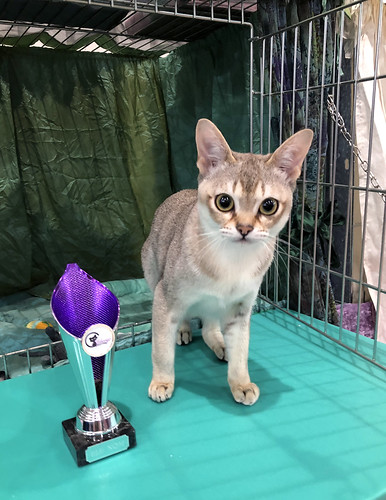 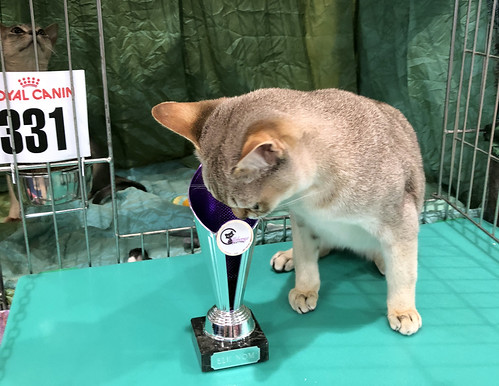 …No, Zak…nothing to eat here… 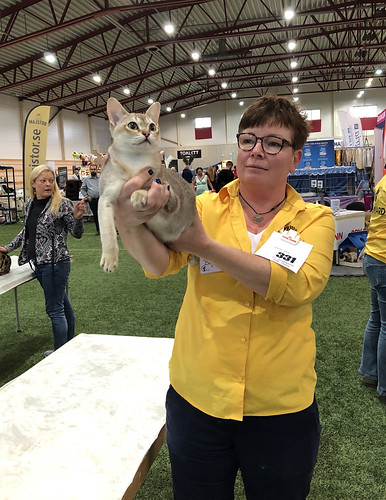 We were so excited! This was Zak’s first nomination! Okay, it may have been by default…but still, it’s a nomination and it counts! 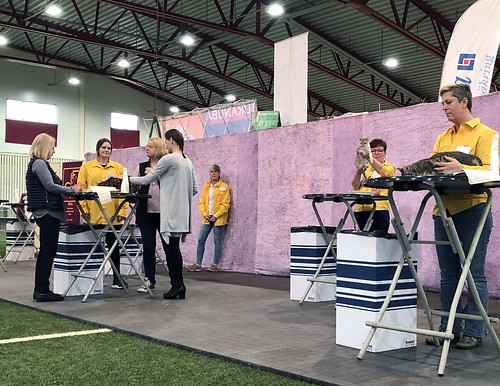 In the panel, Zak was up against a Bengal and a blue-spotted Ocicat. 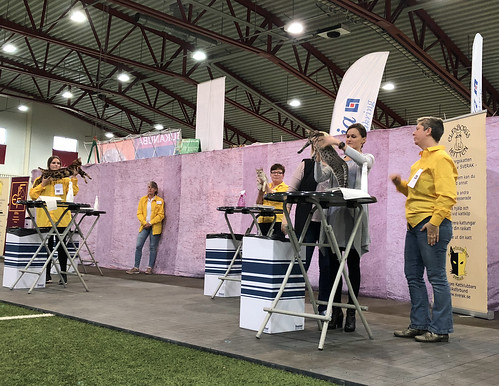 It was close…but the Ocicat ended up being Best in Show today. But still, it was a good day for the only Singapura entered in the show!

2 thoughts on “Aby-a-Day – 6 October: Izaak and Lorelai at the show in Vårgårda (Cat Show Saturday)”