Today at the show was…hopeful, but ultimately uneventful. Lorelai was up for the NOM against the Russian Blue…so she didn’t get it. Oh, well. Izaak’s judge, Daria Lukasik, was from Poland, too…but she didn’t know that he was Polish until after the nominations. She was so in love with him…she threatened to put him in her bag and take him home with her. But ultimately – and it was close – he lost the NOM to a Bengal. 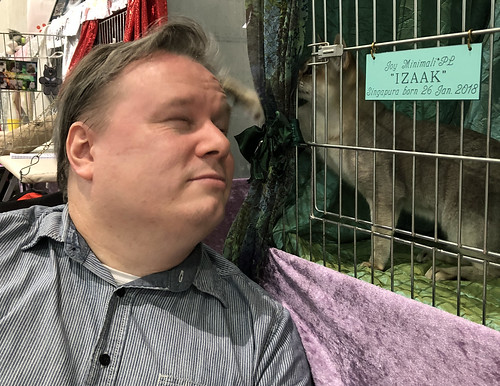 The nice thing about FIFe – especially if you don’t get a NOM – you have a lot of nice, relaxing downtime. 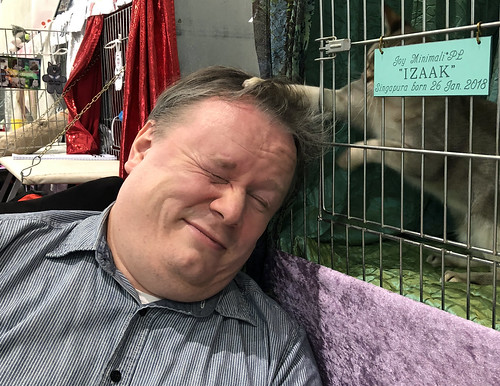 So, Zak decided to use the downtime to practise his newfound talent of…hairdressing. 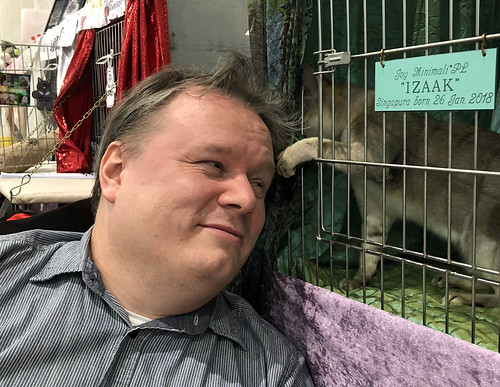 “Here…you’ll look much better if I do like this…” 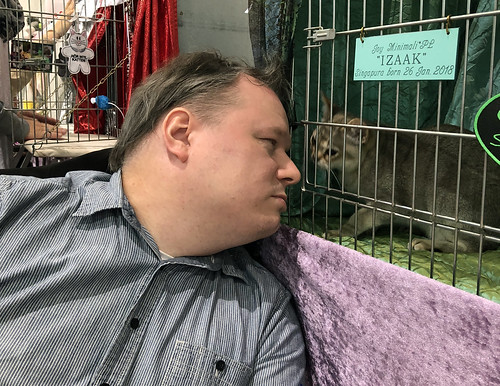 Okay, we didn’t win this weekend…and Zak isn’t the next Vidal Sassoon…but we found a kickass Chinese Restaurant in Vårgårda

One thought on “Aby-a-Day: 7 October: “Hairdressers are a wonderful breed” (Cat Show Sunday)”