Izaak’s judge on Sunday was Daria Lukasik, from Poland. When judges in FIFe get cats’ information, they only know the age, sex and colour. Nothing more. 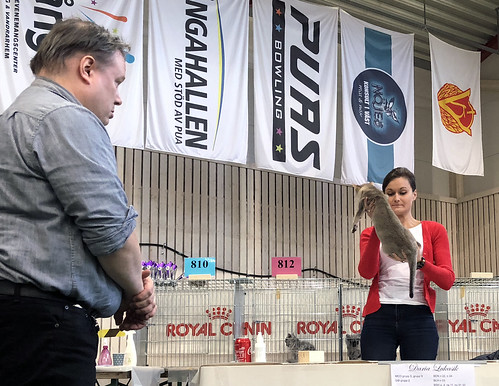 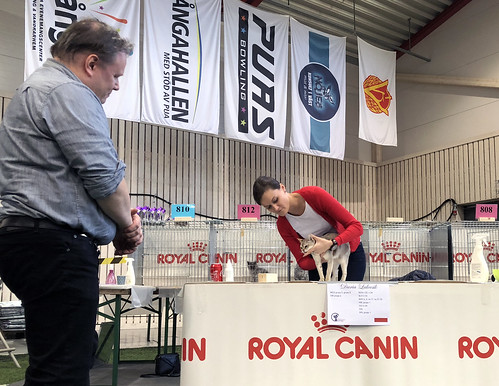 Despite knowing nothing else about Zak, Judge Daria loved him. It’s almost like she knew he came from Poland, without actually knowing it. 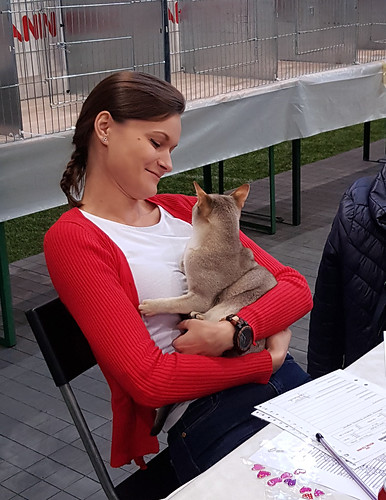 Like, threatened to take him home with her in her bag. More than once. 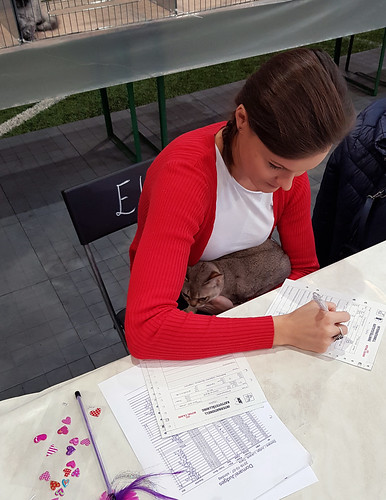 In FIFe, judges write up a sheet on each cat with their assessments. It’s actually pretty great, because you get a copy of it for your show book, so you have in writing what each judge though of your cat. 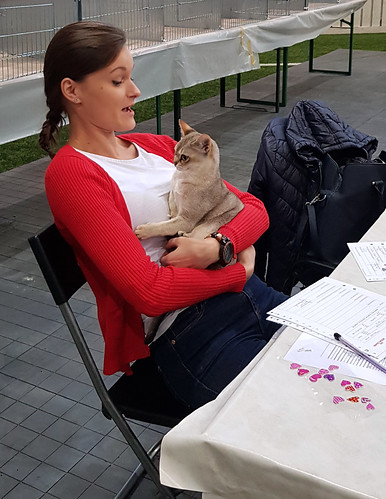 Of course, a picture is worth a thousand words. 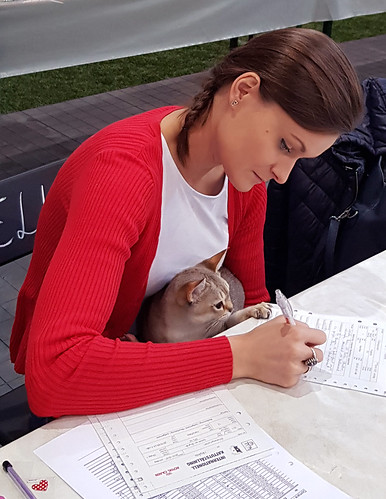 Zak helped while Daria wrote up her observations on him. She also put heart stickers on his sheet, which she said he helped select. 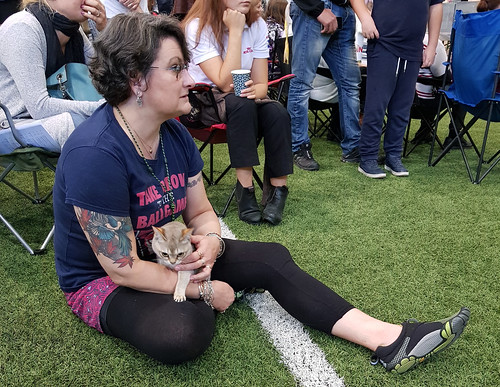 Because Singapuras are at the end of the Category 3 judging, instead of going back to our benching cage while waiting for the NOM selection, we just sat nearby and waited. This is where Zak and Lorelai are better at FIFe shows than Jacoby is…Jake just doesn’t do sitting around waiting well. 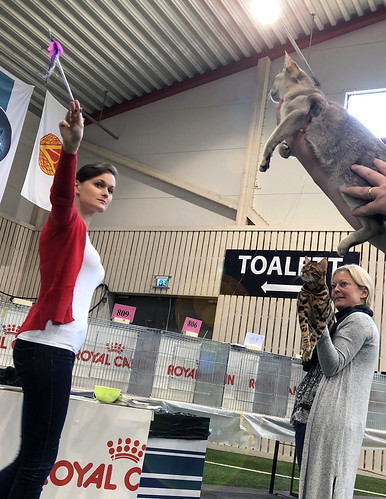 In the end, Zak was up for the NOM against a white Kurilian Bobtail and a Bengal. 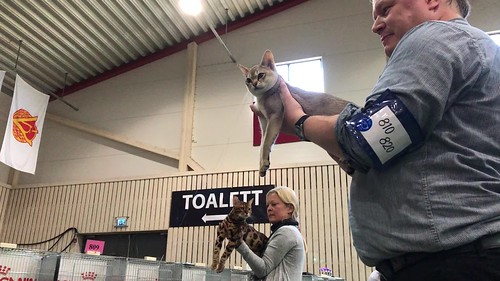 (Click to play video) It was very close…but in the end the Bengal won the NOM.