Five years ago this month, the Boston Red Sox won their third World Series in 10 years, and of course our Jacoby wore his jersey to cheer the team on.

Well, this year the Red Sox have had an amazing season and just beat the Yankees in the first playoff round and face the Houston Astros at Fenway on Saturday night. I’m lucky in that just this year they actually started broadcasting MLB games on Swedish television! They’re shown live, which is…challenging, given that they start at 1 or 2 in the morning, but I usually DVR them and watch them the next day. 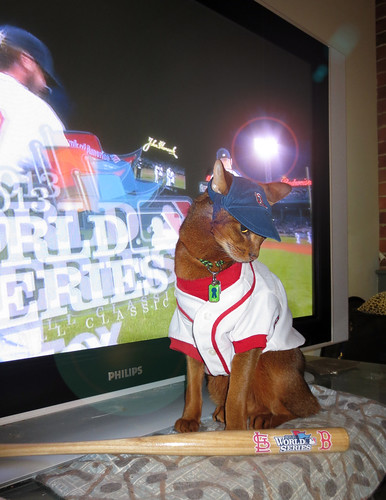 Of course, it being October and the Sox being in the ALCS reminded me of the last Boston World Series game we watched. 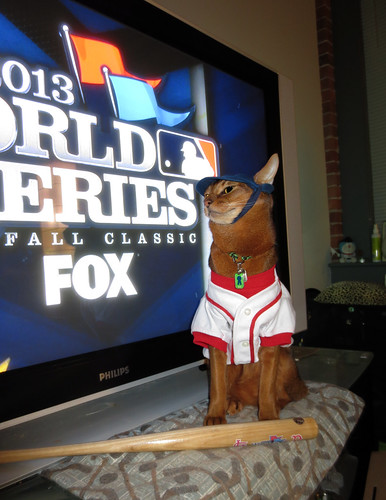 I found a bunch of photos of Jake watching that game that, apparently, I never posted here. Of course, Jake was excited to watch the game. 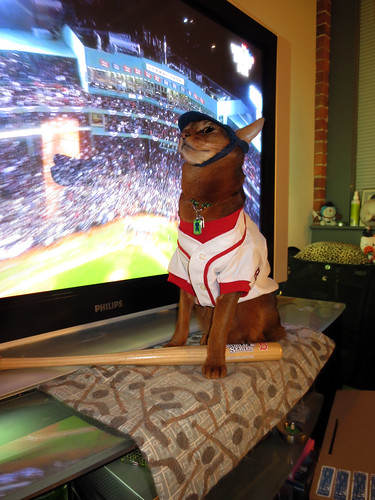 Nothing like Boston during a playoff game – especially one at Fenway! 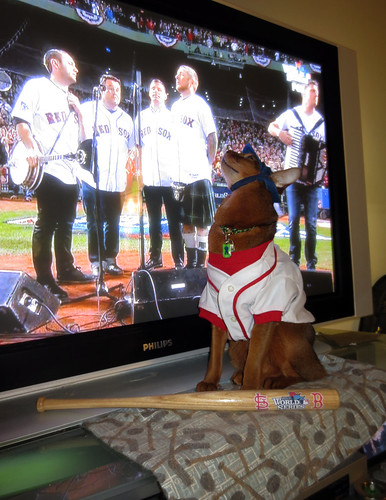 The Dropkick Murphys sang the National Anthem. That was awesome. 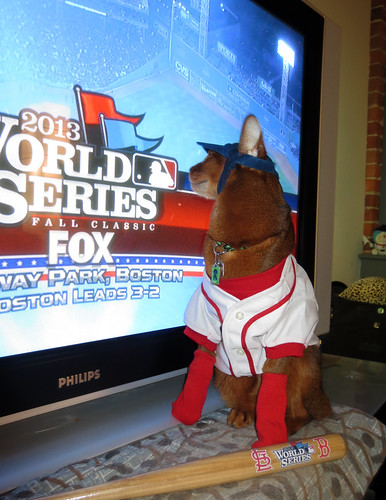 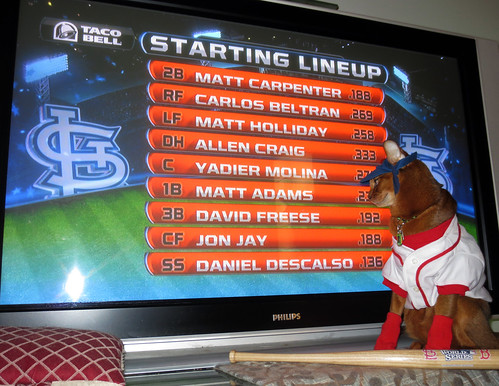 Checking out the Cardinals’ line-up. 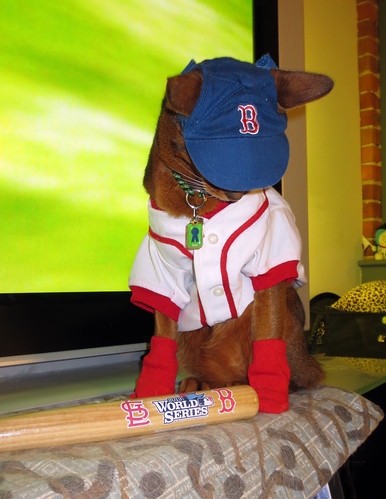 Make sure you have your bat, Jake! 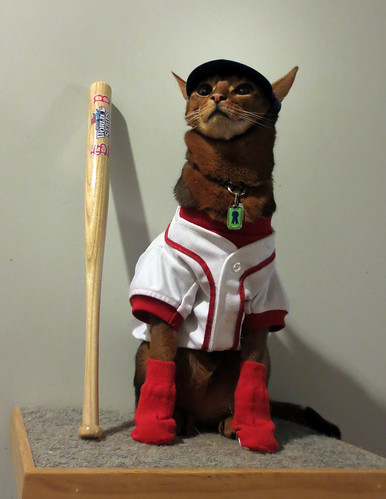 Let’s just hope that the Red Sox can get past the Astros. GO RED SOX!

5 thoughts on “Aby-a-Day – 12 October: “Unbelievable – No more going to Yankee Stadium and having to listen to ‘1918.’” (Fashion Friday Flashback)”