Kalle captured these photos a few days ago. 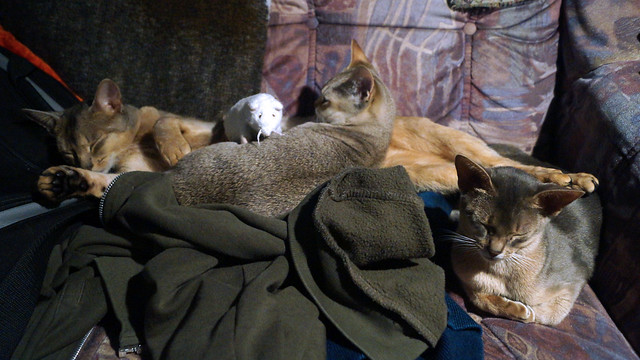 Kalle has a lovechair/small sofa in his room, and the other day three cats decided it was the pefect napping spot. 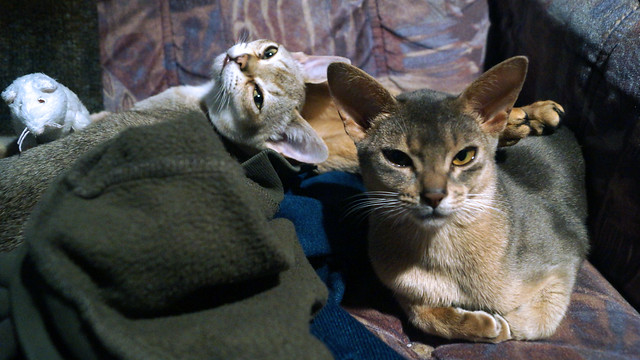 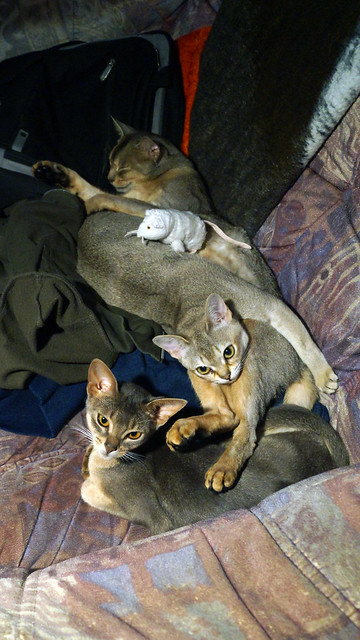 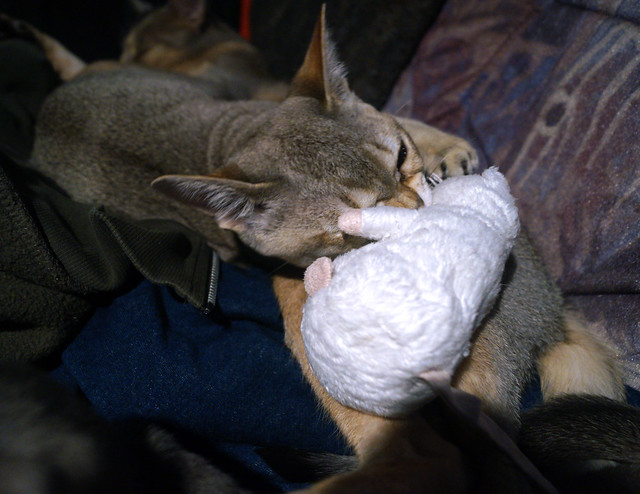 (As it turns out, Zak’s mousie is, in fact, an important member of this group.) 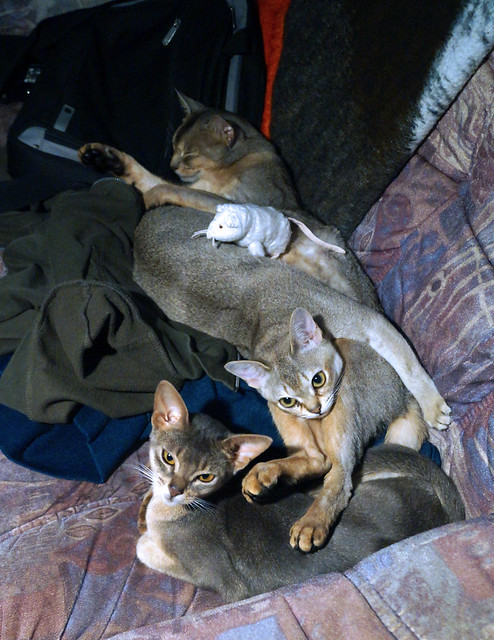 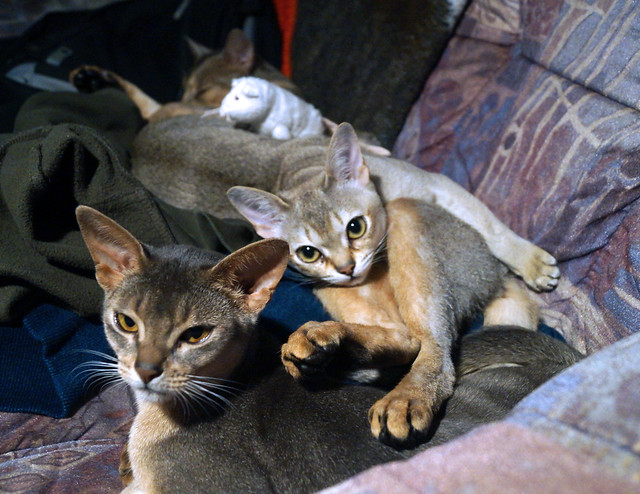 Have you ever seen anything as adorable as these three? 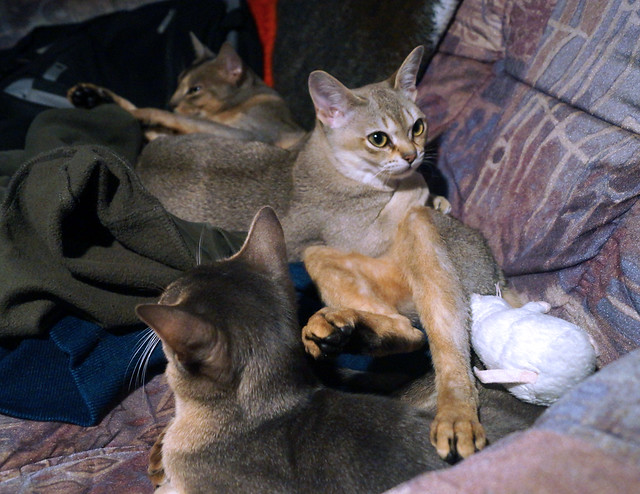 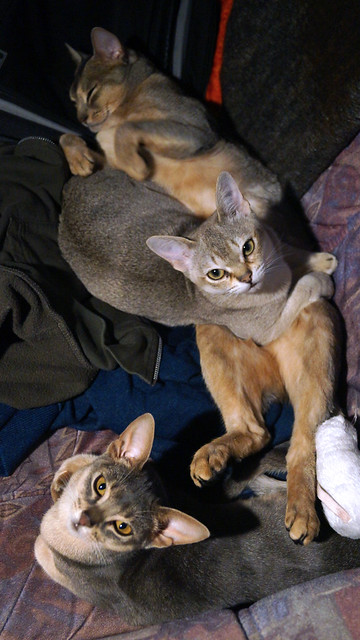 …The fact that Freddy is zonked out whilst the other two are alert and watching the camera speaks volumes. 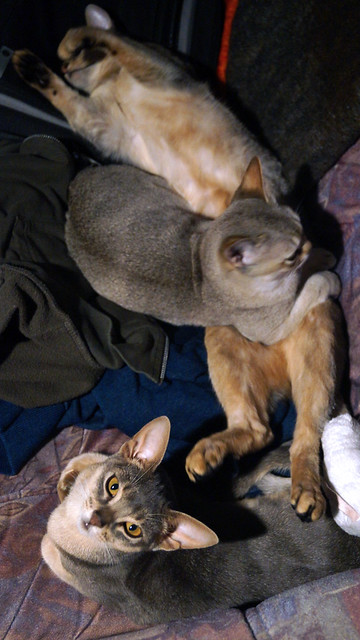 Of course, Freddy is so laid back, even that doesn’t faze him. 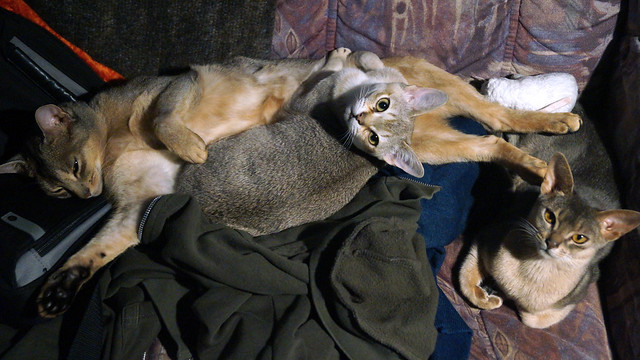 It’s almost as if Zak was a blanket for Freddy. 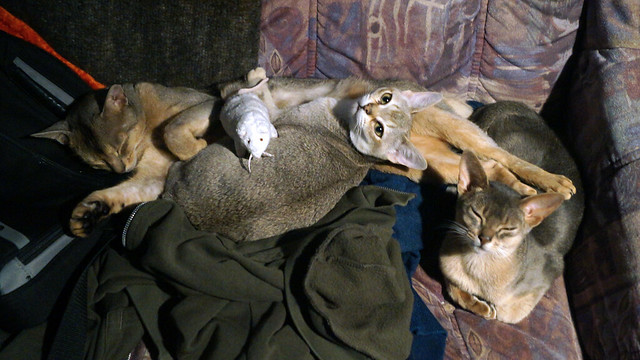