This morning, Facebook greeted me with a reminder of a post I made four years ago. I was challenged to post five photos of my cats, and I decided to post five group photos. Getting a photo of all the cats in the house together at the same time is harder than some might think. So, because of the reminder that Facebook sent me, I decided to post all the “family photos” I have been able to capture over the years. 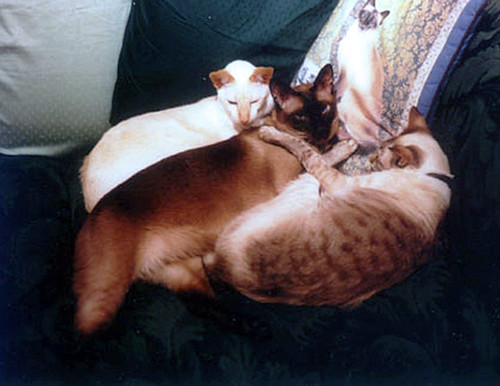 The oldest is this, of Sigrid, Harri, and Patrick cuddled together on my sofa. This was taken in autumn 1997. It looks cuddly, but actually Sigrid and Tricky were sleeping there, and Harri decided to squeeze in between them. Still cute, though. 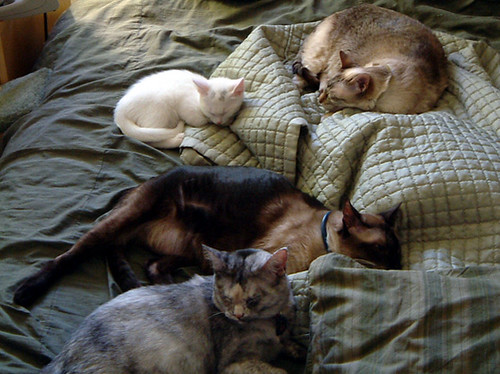 This is after I’d moved to Boston. Harri and Patrick had been joined by Tessie and Kylie. This is the first photo of all of them together. 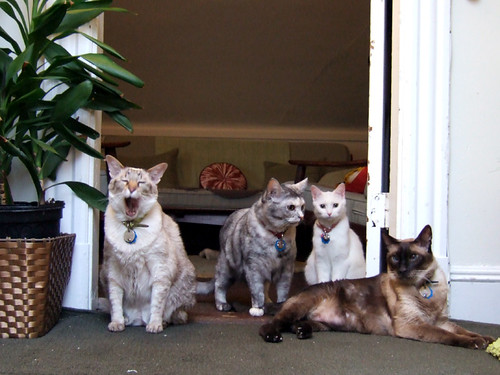 This is my favourite photo of this group. I even used it as a Christmas card. 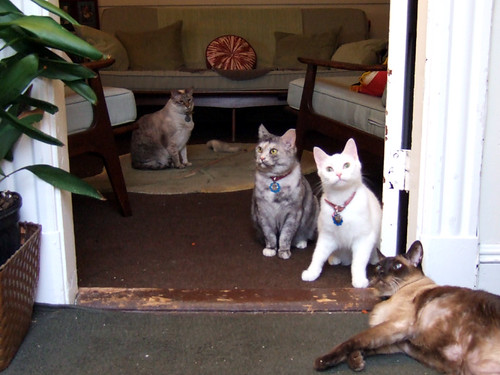 …And this would be the outtake of that photo… 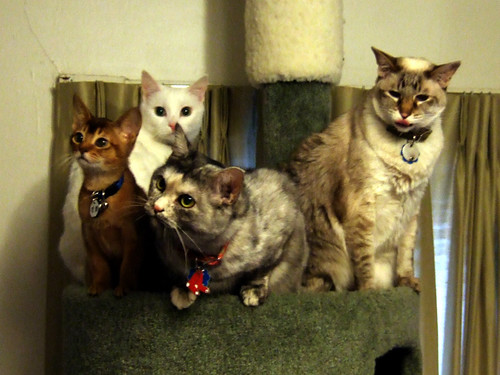 This was Christmas 2006. Harri had died in August and we had just adopted Gun-Hee. 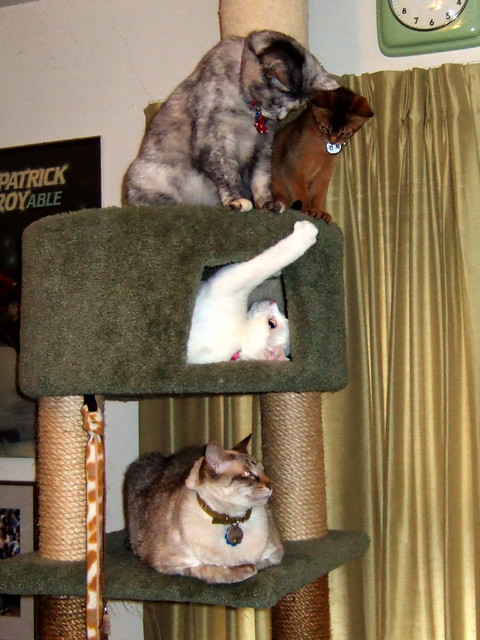 This photo is less posed, but more my favourite. Love Kylie’s arm! 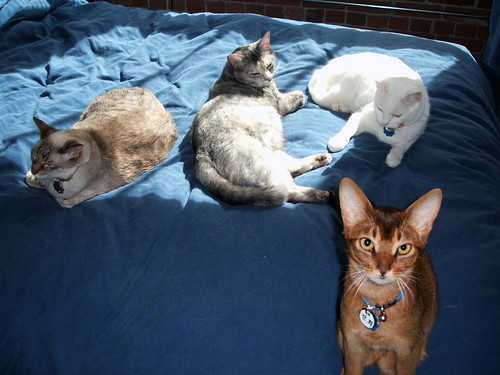 Another photo of Gun-Hee with Patrick, Kylie and Tessie, this time all gathered on our bed. 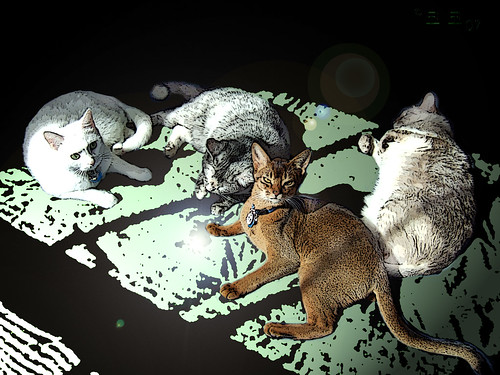 This is another shot from that session, “arted up” in Photoshop. 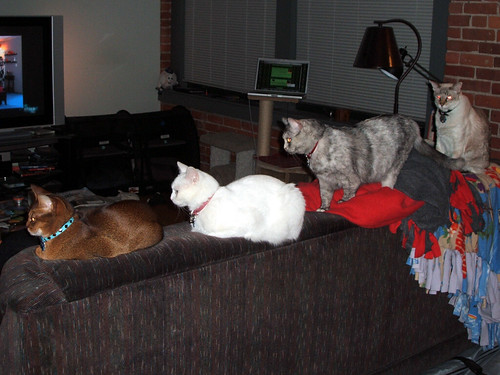 One evening, all the cats lined up on the back of the sofa. 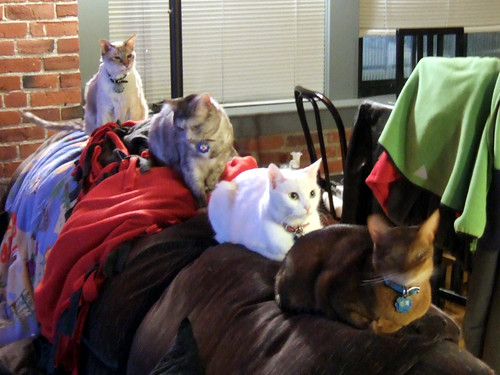 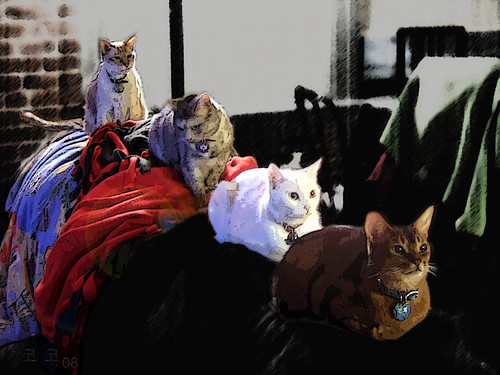 Thanks to Photoshop, I was able to replace Gun-Hee’s head and make this into a usable image. 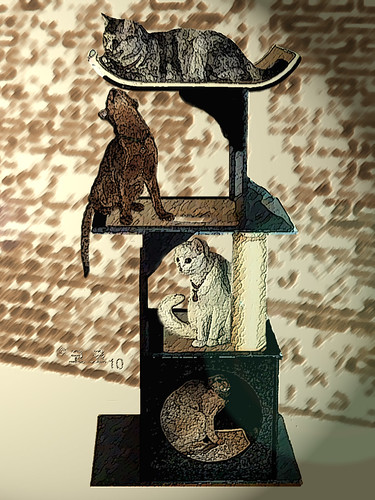 This is another “art” composite photo. All of them were on the tree together, but this is multiple shots combined so each cat looks good. 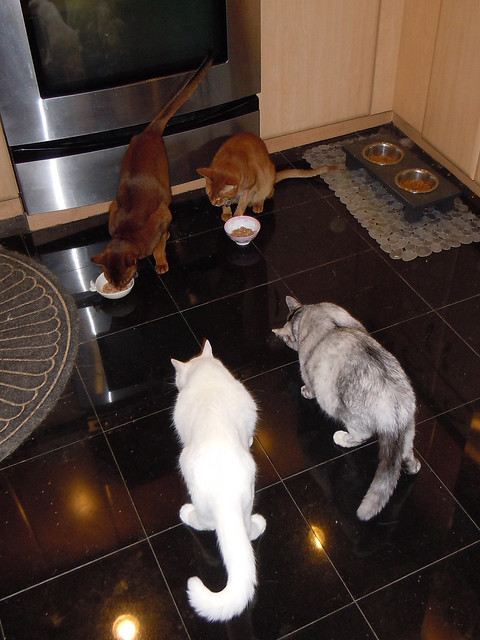 Food and the kitchen is a great way to get everyone together. Here we have (anticlockwise) Jacoby, Angel, Tessie and Kylie. 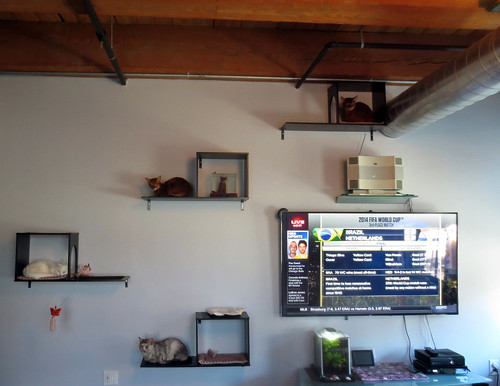 However, they did have other motivations to gather together. 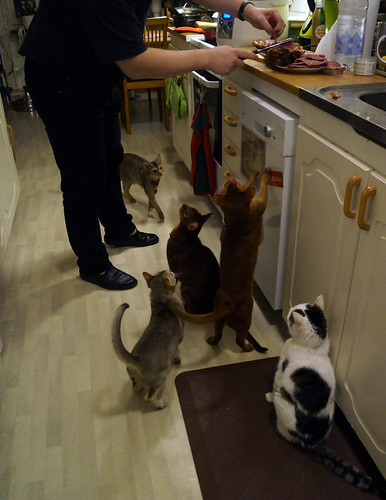 After we moved to Sweden, the kitchen was more a gathering point than ever. Here we have Alfred, Jake, Angel, Logan and Pyret. 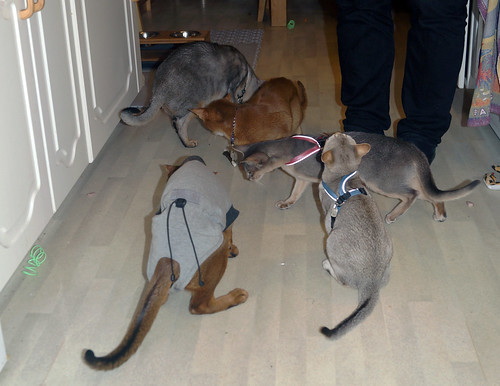 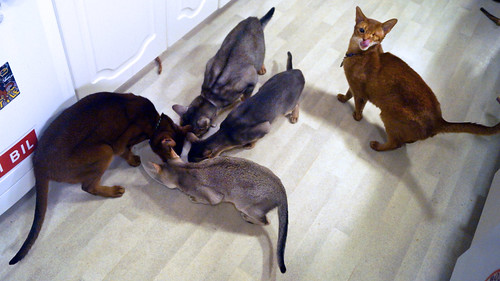 A collection that was also easier to gather in the kitchen. 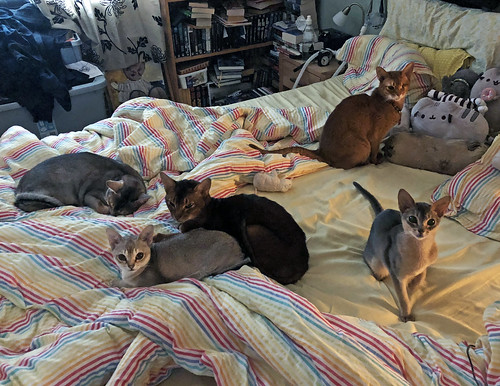 But they also gathered spontaneously on our bed! No Photoshop required.

4 thoughts on “Aby-a-Day – 19 October: Come on kitties now…Everykitty get together (Flashback Photoshop Friday)”