Last weekend we enjoyed gorgeous weather, so I took Izaak and Lorelai out for some “being offleash” practice. 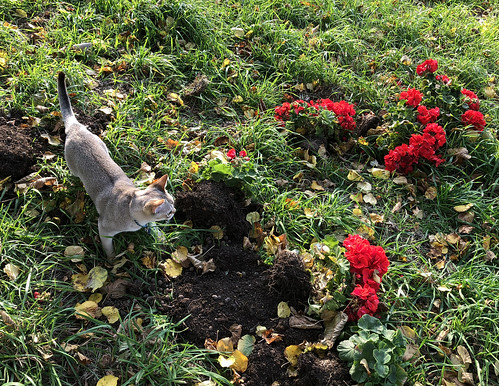 The main reason was, I wanted to check what that flash of red I could see out our window. 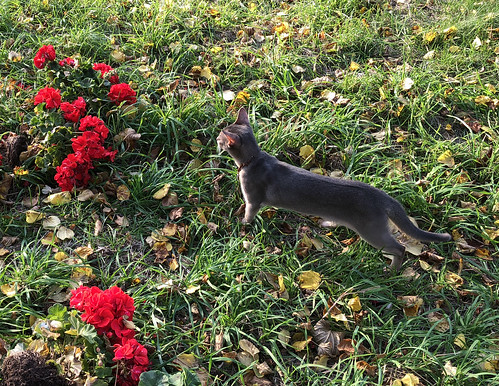 Turns out, someone had dumped their windowbox geraniums out onto the hill, and they were managing to survive on the dirt they were planted in. 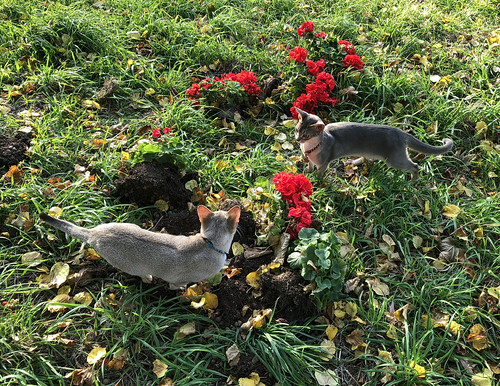 They’re actually really pretty out there, and I hope they can survive, but I have a feeling that they won’t live past the first snow. 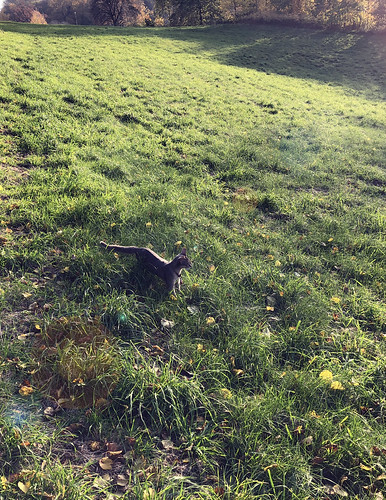 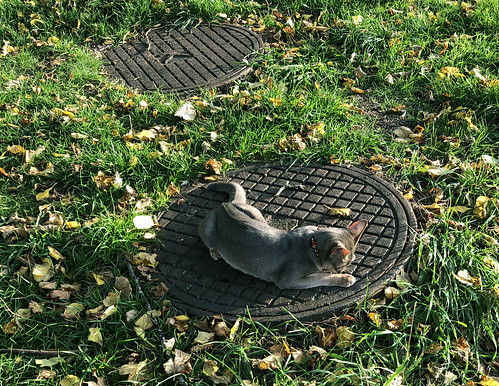 Rory especially loves to explore the outside world…to the point that it’s really hard for us to get out of our front door. 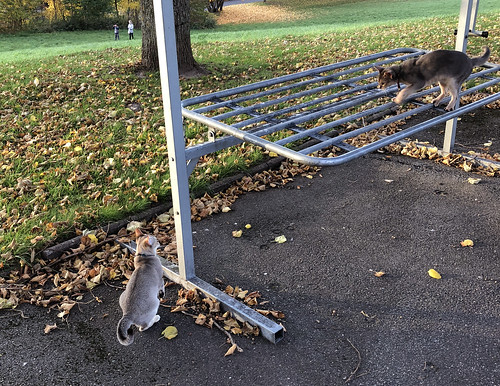 Rory also has to check out the rugbeater. Every. Single. Time. We go outside. She loves that thing.

After the rugbeater, we visited the sandbox/swings area that we visited before. But whilst we were there, we heard plaintive meowing. 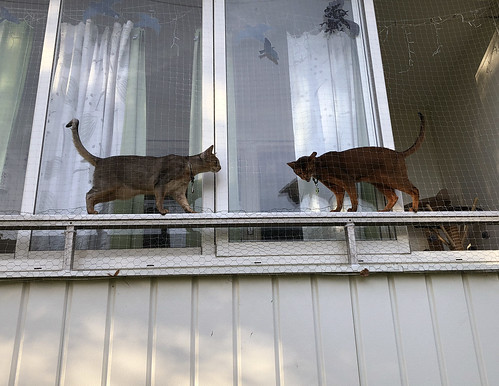 Turns out, it was Alfred. He wanted to be out there, too…but after the last time we tried to let Freddy out off-leash, that was pretty much a non-starter. 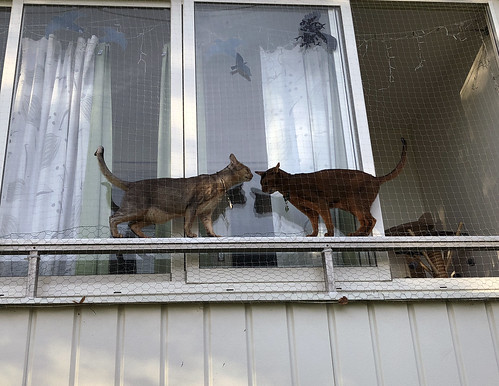 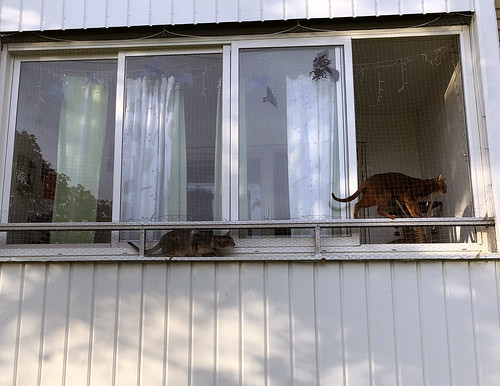 Jacoby was just out there because he heard my voice. 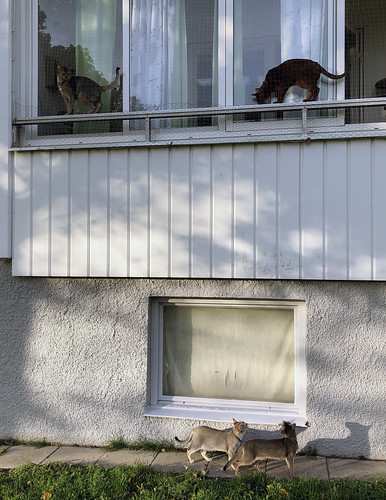 Rory and Zak knew Jake and Freddy were up there…but I don’t think they cared, because they were running around outside.