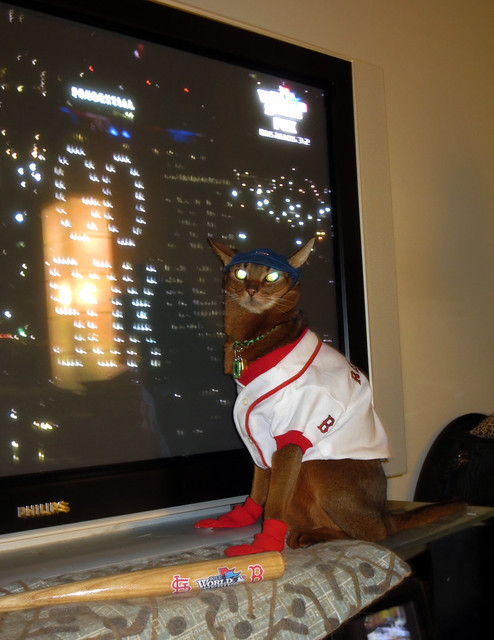 I had this one awesome shot of Jake looking at the TV when they were showing the Prudential Building with “GO SOX” spelled out in the lighted windows. The shot was great…the photo, not so much. The flash went off, and the photo…sucks. 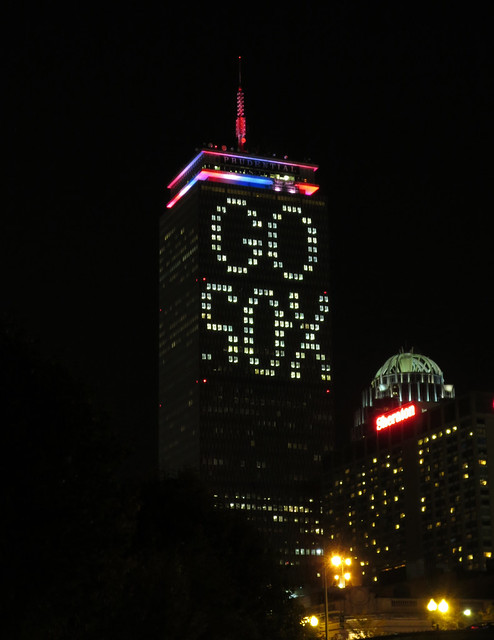 So, I thought I would try to fix it using Photoshop. First I tried to fix the flashlight eyes; they are hard to fix when they are really shining, but I did my best using a soft black brush, the band-aid tool, and the rubber stamp. Then, I needed to fix the Pru. I went through photos I had taken when I was down by Fenway earlier that evening. The Pru was lit up with red and blue lights…so I am pretty sure they were using an old shot of the building. So I went through my older photos and found one I took during the 2003 playoffs – that’s the one at the top of this post. 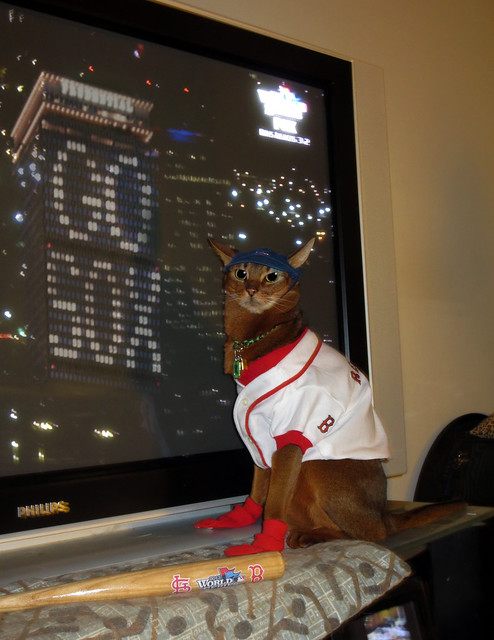 I tweaked the perspective on the building and adjusted the opacity and blended it in…and voilà! I’m not completely happy with Jake’s eyes, but I did manage to turn a crap photo into a much better and passable picture.